Note: This feature was first published on 25 August 2021. 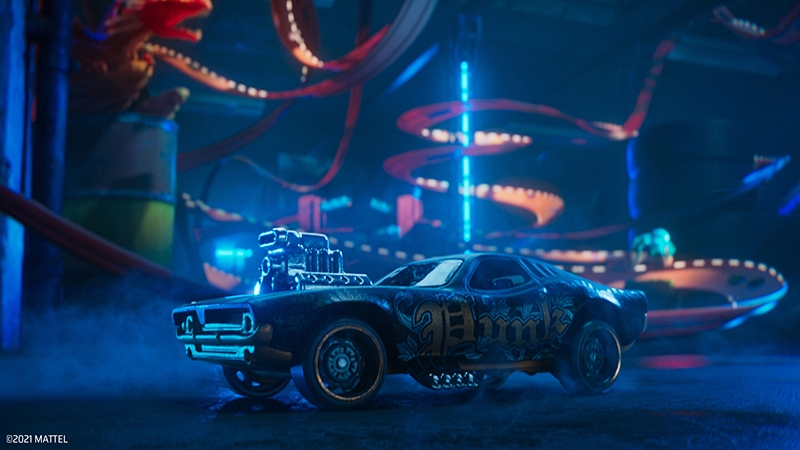 Greetings, traveler, and welcome to the September edition of the HardwareZone Games Playlist.

And that's how you know I've been playing too much Face Hunter in Hearthstone. Yes, I know it's hardly the most innovative deck out there, but it gets the job done. Nevertheless, thanks for tuning in - this month's picks are pretty diverse in terms of genre, and with quirky newbies like Deathloop and Lemnis Gate on the payroll, we're certainly not wanting for novelty either. With regards to releases, 2021 has already been hit with more delays than I can count on my fingers, but that simply means that the action will ramp up exponentially as we approach the tail end of the year.

Regardless, there's no sense standing on ceremony now, so let's get right into our five gaming picks for the month.

Kicking off our list for September is a JRPG that has so far been blowing us away with the absolute kick-ass quality of its trailers. But given that they were made by studio ufotable, that hardly comes as a surprise. Anyway, the latest instalment in Bandai Namco's long-running Tales of franchise is set to enter the fray on 10 Sep. In Tales of Arise, players will take control of protagonists Alphen and Shionne as they seek to free the realm of Dahna from the tyranny of its technologically advanced neighbour Rena. As for gameplay, most of the franchise's core gameplay formula will probably remain intact, though the developers have apparently done away with the multiplayer in favour of more extensive mid-combat combo systems. Actually, why not just give the demo a go?

As one of the year's most hotly-anticipated games, Arkane Studios' Deathloop certainly has some hefty expectations to live up to when it finally releases in mid-September. In this quirky first-person shooter, players will take control of Colt, an assassin who's doomed to spend the rest of his days stuck in a perpetual time loop unless he can take out eight VIPs on the mysterious island of Blackreef.

Of course, things are never as simple as they look, and not only will Colt have to study his targets' habits and eccentricities in order to eliminate them, but should he fail, he'll have to redo everything from scratch when the loop resets. Heck, things get even spicier in the multiplayer, as the player controlling Colt will not only have to complete his usual task, but he'll have to do it while being pursued by another player-controlled assassin named Julianna.

Honestly, we think the title should suffice as an introduction for this game. Credited as one of, if not the most prominent dungeon crawler in gaming history to date, Diablo II doesn't really need to prove anything to anyone at this point. Not only does it boast one of the most devoted fan communities we know, but the original is still considered a stellar game despite its age, so much so that Blizzard and Vicarious Visions saw fit to remaster it for modern gaming platforms.

In fact, I really think the game's reputation speaks for itself, and all that's left is for those who haven't marked their calendars to do so. In the meantime, it'd be best to prep a stack of potions, sharpen your wits, and dust off your weapons - the gates of Hell are re-opening on 23 Sep, and we aren't missing this one for the world.

If you like Deathloop's concept but also want to lock and load with your best buds, then Lemnis Gate is right up your time-altering alley. Developed by Ratloop Games Canada, this game is a real oddball among oddballs, and I say that as someone who's played Goat Simulator. Broadly defined as a "turn-based FPS", which are two terms you usually wouldn't find in the same sentence, Lemnis Gate is a PvP shooter where players have to plan out their attacks within a time loop, then altering their own actions to counteract their opponents'. Frankly, I think this is probably one of the most intelligent gaming concepts I've seen in a while, but only time will tell if the game is truly as dynamic as it appears to be on paper.

No words, people. Just sign me the heck up - I have waited far too long for this, and I'm sure any self-respecting Hot Wheels fan would agree with me. Developed by the Milestone team, Hot Wheels: Unleashed brings back the franchise's most iconic cars for yet another medley of gravity-defying races, complete with the series' iconic loops, flips, and all-around absurdity. From what we've seen in the trailers so far, the assortment of cars is shaping up to be just as impressive as the tracks, if not more so - and given how spectacular World Race was for its time, let's just say that I have no qualms putting all my eggs in this basket.