SDCC 2019: From Top Gun: Maverick to Star Trek: Picard, here are the shows we're most excited about 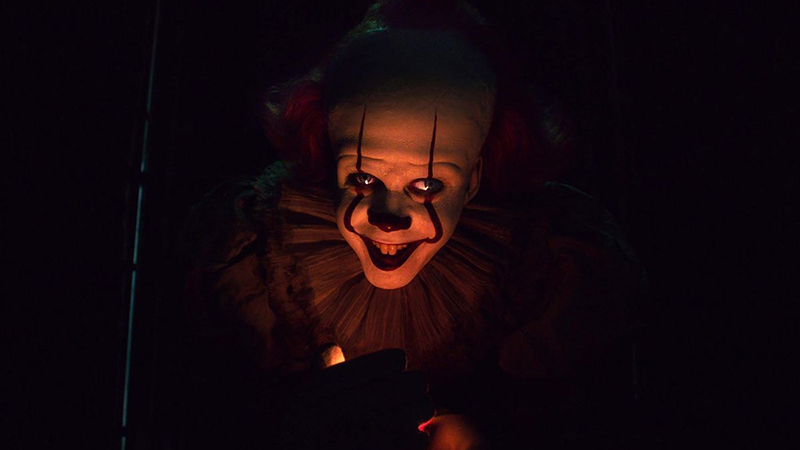 San Diego Comic Con (SDCC) is truly a magical time. It’s the E3 of pop culture, where trailers and information on all manner of upcoming movies and television shows are thrown at us every morning. It might even be a little too much to sort through all at once, but if this list doesn't get you excited, I don't know what will.

We got juicy looks at some of the biggest titles coming up this year and next, from shows like His Dark Materials and Watchmen to movies like It Chapter Two and Cats. Here’s a look at all the big announcements coming out of SDCC 2019.

Pennywise the Dancing Clown is back! He’s bringing with him death, horror and an utterly absurd amount of red balloons to haunt the Losers’ Club once again. We’re taking a time jump with this one, meeting the Losers as adults confronting their ugly past in Derry. Bill Skarsgård leads the stacked cast as Pennywise, along with James McAvoy, Jessica Chastain, Bill Hader and Isaiah Mustafa. It returns on Sep 5, 2019.

Maverick’s back! It’s the sequel no one saw coming, no one even asked for, but everyone wants to see anyway. Tom Cruise’s need for cinematic authenticity meets Maverick’s need for speed — and you can already see some of it in the staggeringly real jet piloting shots from this trailer. This caught us all so off-guard that we just had to make a separate post about it. The great ball of fire launches on June 26, 2020.

This one may be a bit obscure, but if you’re a fan of nerdy comic book stuff and big celebrity cameos then this movie couldn’t be more for you. It’s got cameos from actors like Grant Gustin, Ben Affleck, Chris Hemsworth and Nicholas Cage. It’s certainly also got the dumb humor that’s made every one of Jay and Silent Bob’s appearances so enjoyable. Most importantly, it’s out Oct 15, 2019.

The smash sci-fi western series is now way more sci-fi than it is western. Picking up from a rather final and conclusive season 2, androids have now found their way out into the real world. They’re not on their home turf anymore, and must fight to survive in this strange new world. Also, there are Nazis now. Oh, and shots from Singapore too. Aaron Paul joins an illustrious cast that includes Evan Rachel Wood, Tessa Thompson and Jeffrey Wright for season 3, out sometime in 2020.

HBO and BBC are bringing a new interpretation of His Dark Materials to a screen near you. In typical HBO style, it’s got a massive budget and a stacked cast that includes Dafne Keen, James McAvoy, Lin Manuel Miranda and Ruth Wilson. Also, a polar bear in armor! The show is coming out later in 2019.

Geralt’s coming to TV, baby! Our favorite witcher is once again drinking potions and killing monsters, this time with a much rounder medallion than we’re used to. Henry Cavill seems to have bulked up even more for this than for his outings as Superman and as a result, Geralt looks like a massively intimidating mountain of beast-slaying grumpiness. Alongside Henry is Freya Allen as Ciri and Anya Chalotra as Yennefer. Henry Cavill even revealed at SDCC that he’s a huge fan of the games! The show comes out late 2019.