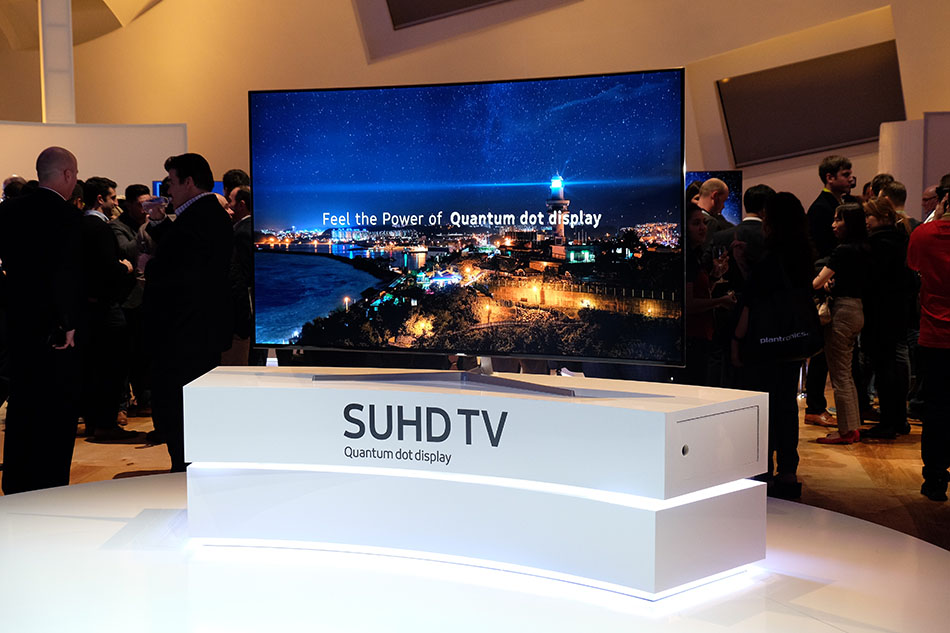 Samsung unveiled its new range of SUHD 4K TVs at CES 2016 today. Samsung has been the number one TV manufacturer worldwide for the past ten years and announced its hopes for the 2016 range to be the start of Samsung's next decade of global TV leadership.

The KS9500 SUHD TV is at the top of Samsung's SUHD 4K lineup and features a new focus on 360 design that will let the TV look beautiful from any angle: front, sides and even back. The KS9500 is the world's first curved TV with a bezel-less design, and the back looks equally beautiful thanks to a completely screwless design. The KS9500 will be available in 65-, 77-, and 88-inch models and is the successor to last year's JS9500 Series. 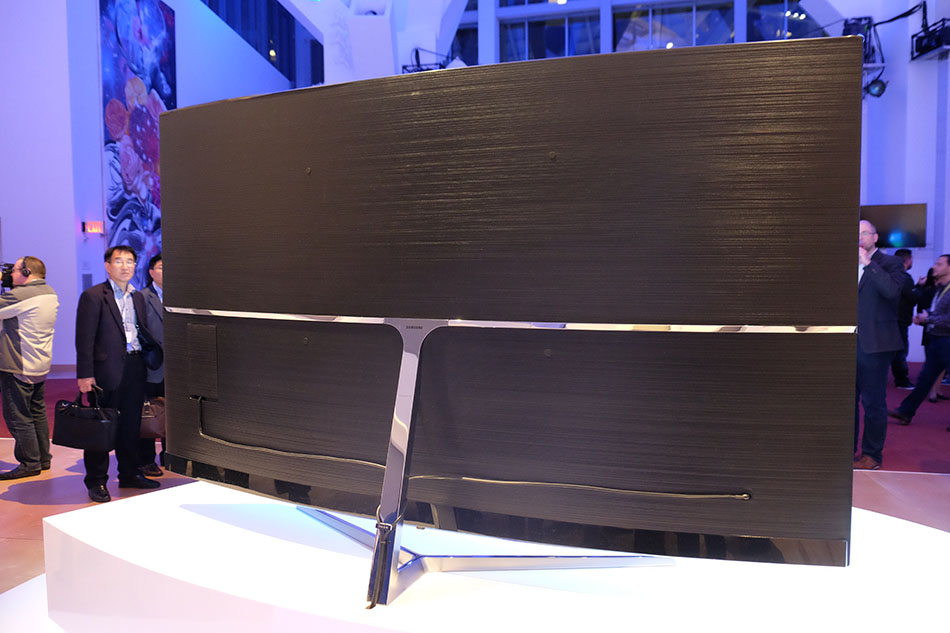 One step down from the KS9500 is the flat KS8500, the successor to last year's JS8500 series. The KS8500 will only be available in 65-inches and will feature the same bezel-less design and screwless back design of the KS9500.

Finally, the JS7000 Series is Samsung's entry-level SUHD option for 2016. Available in 50-, 55-, or 60-inch sizes, the JS7000 lineup doesn't share the same 360 design as its bigger brothers, but it does have the same features and 4K resolution display. It will also be much more affordable.

This year, all of Samsung SUHD TVs will also feature high dynamic range (HDR) compatibility, with 1,000 nit HDR minimum for a higher level of contrast between light and dark images. Samsung is also introducing a new Ultra Black technology that significantly reduces light reflection, further enhancing picture quality with minimal glare. Samsung says that its Ultra Black technology is inspired by nature, and absorbs natural light the same way that a moth’s eye enables it to see better at night.

Samsung has also improved its Smart TV OS, with a new Smart Hub designed to provide users with simple access to their favorite content all in one place. Live TV, over the top (OTT), games and even the menu that appears on the home screen of the Samsung Smart TV have all been revamped to allow users to access their favorite programs as soon as they turn on the TV. Samsung has also increased the amount of content available on its Tizen-based Smart TV OS platform. For example, you can now enjoy slightly older, but still great blockbuster AAA titles like Assassin's Creed III, and Batman: Arkham Origins on its Playstation Now service. 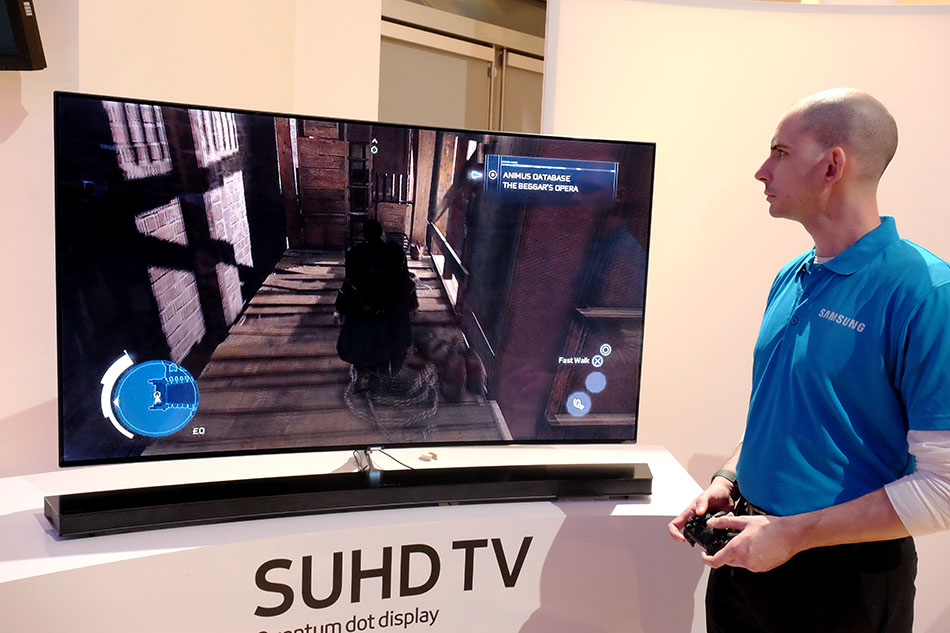 Samsung also wants all of its 2016 SUHD TVs to act as your IoT hub. In conjunction with Samsung's SmartThings IoT technology, each SUHD TV can connect with and control over 200 SmartThings compatible devices all from your TV. 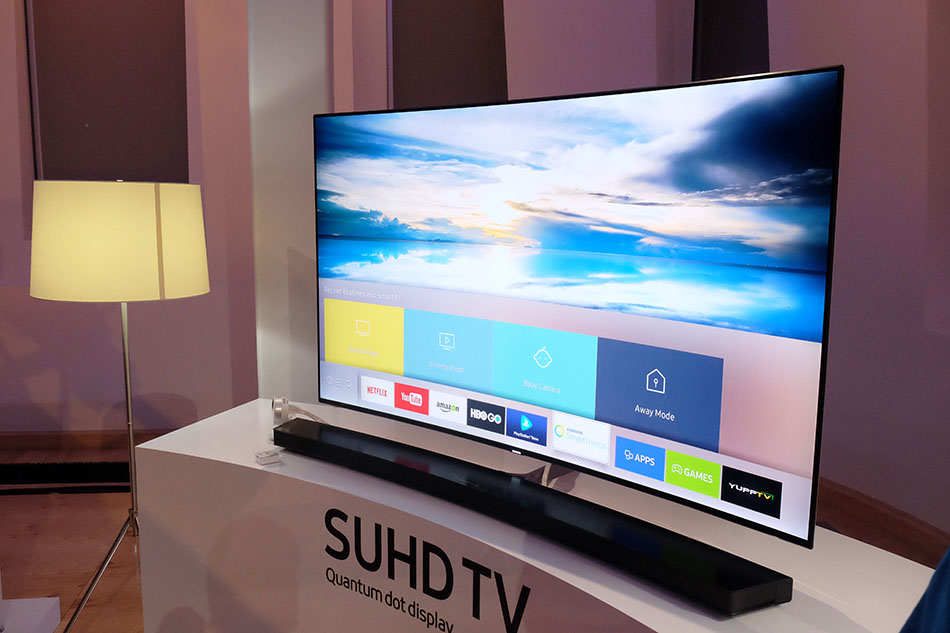 The new feature also enhances the entertainment experience by allowing consumers the ability to program a routine that puts the TV in the appropriate picture settings for a movie and activate the soundbar and surround system while watching TV. For the full support of connectivity with SmartThings compatible devices, a SmartThings Extend USB adapter, which will be supplied free with every Samsung SUHD sold in 2016, will be required.

“Our new SUHD TVs represent our singular focus on innovation that matters most to consumers, by providing the very best picture quality for the home,” said Hyun Suk Kim, President of Visual Display Business at Samsung Electronics. “In 2016, we’re going beyond anything we’ve done before to offer a remarkable synergy of design, engineering and craftsmanship.”

Samsung also unveiled its first Ultra HD Blu-ray Player, the UBD-K8500, which is HDR compatible and offers four times the resolution and 64 times detailed color expression of a conventional Blu-ray player. It is available for pre-order now and will be launched in the US in March. 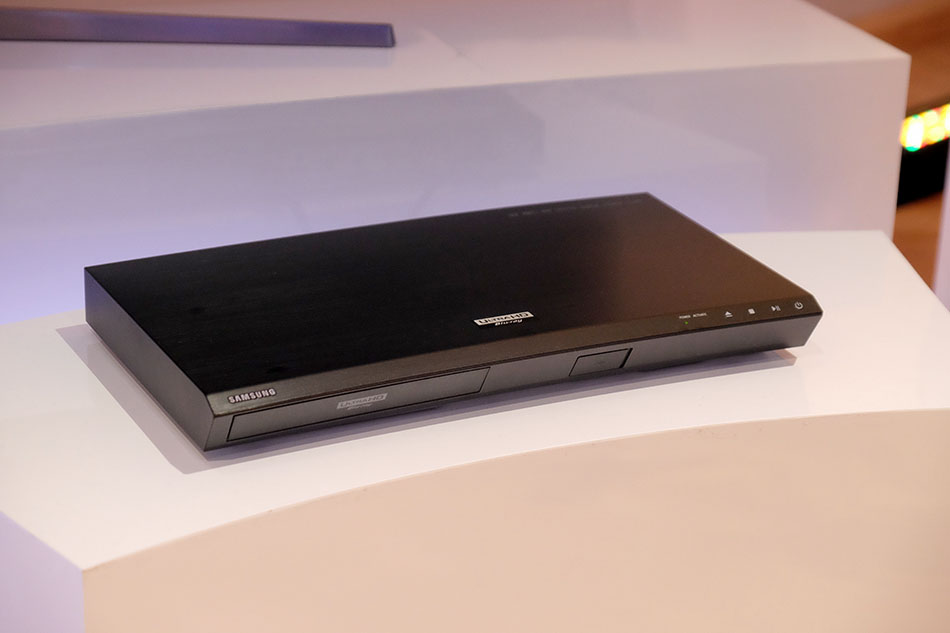 The UBD-K8500 also has built-in upscaling technology to enhance the picture quality from standard Blu-ray discs and DVDs.

Samsung also announced that it has partnered with Hollywood studios to ensure consumers have a selection of Ultra HD Blu-rays with astonishing HDR picture quality. This year, 20th Fox is slated to release more than 100 4K Ultra HD discs with HDR including films like The Martian, San Andreas, and Mad Max: Fury Road.

And finally, it wouldn't be CES without a concept product and boy is Samsung's a good one. Check out this ultra-thin 2.54mm concept TV: 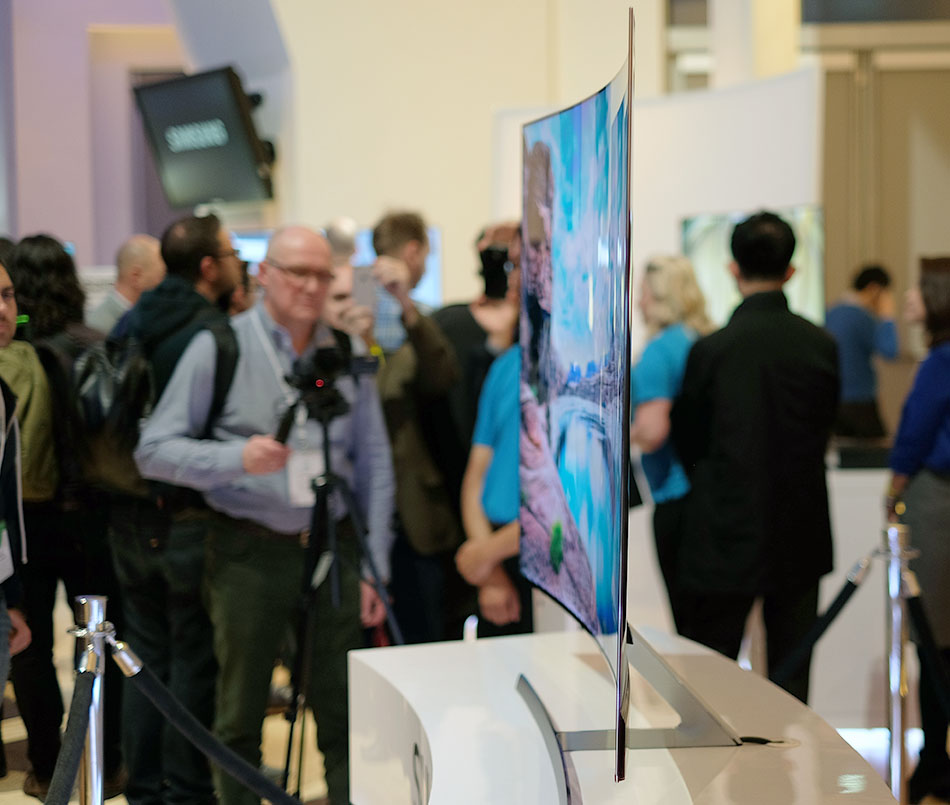