Needless to say, both the HU9000 and HU8500 come with the latest and greatest smart TV features Samsung has to offer. There are differences, of course. For example, the HU9000 has the advantage of a built-in pop-up camera, which is used during Skype video calling, and for camera-related smart TV features, like face recognition and motion control. 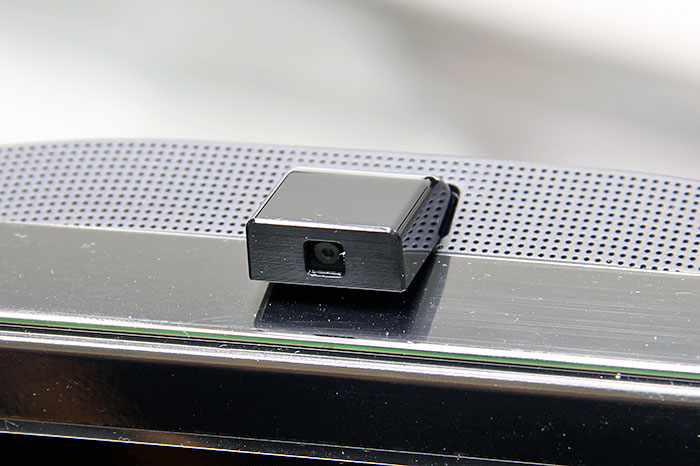 The less obvious differences are found under the hoods of the TV or One Connect box. For a start, the HU9000’s curved panel has a Clear Motion Rate of 1,200, while the HU8500’s flat panel is rated at 1,000. Despite that difference, both panels have the same 100Hz panel (or 120Hz if you use 60Hz-based AC), which is pretty much high enough to prevent motion blur.

The curved HU9000 also enjoys Samsung’s most advanced Micro Dimming Ultimate tech, a hardware plus software-based local dimming method for the edge-lit LED LCD. In a nutshell, hundreds of zones are used in the process to enhance the picture’s contrast, color, and sharpness. The HU8500 (as well as the HU7000) uses UHD Dimming, a new local dimming method designed for Samsung’s 2014 4K UHD TVs. Samsung doesn’t give exact numbers, but it’s perhaps safe to see UHD Dimming as the 4K equivalent of the software-based Micro Dimming Pro, which we so often see in Samsung’s full HD models. The primary difference is that it uses fewer zones than Micro Dimming Ultimate.

The HU9000 also has a few extra enhancements that its flatscreen sibling doesn’t possess. Examples are the PurColor tech for more accurate color and detail reproductions; and Auto Depth Enhancer, which analyzes regions of images and automatically adjust contrast for a greater sense of depth and 3D-ness. To be more specific, the latter is reserved for curved TVs only, as we also see it on the H8000, Samsung’s curved 1080p TV. Both the HU9000 and HU8500 come with a quad-core processor to do a lot of the heavy lifting, but because the former’s processor is faster, it earns a ‘Quad Core+’ sticker. A prominently marketed user-facing feature in Samsung’s 2014 4K and 1080p TVs (the higher-end ones, like the H8000 and H7000) is Multi-Link Screen, a ‘contextual multitasking’ mode that lets you split the screen real estate, so you can do things like having live TV on one half of the screen and contextual search results on the Web browser, relevant YouTube video content, or a compatible app up on the other half at the same time. If you’re into football, Samsung has improved its Soccer Mode with more picture and audio tweaks. According to the company, you get “more vivid green fields and stadium color, and a more powerful multi-surround sound”. Extras like Zoom-in and PVR (Personal Video Recorder) enable enlargement of a selected area on the screen and game highlight captures respectively (for free-to-air channels only). 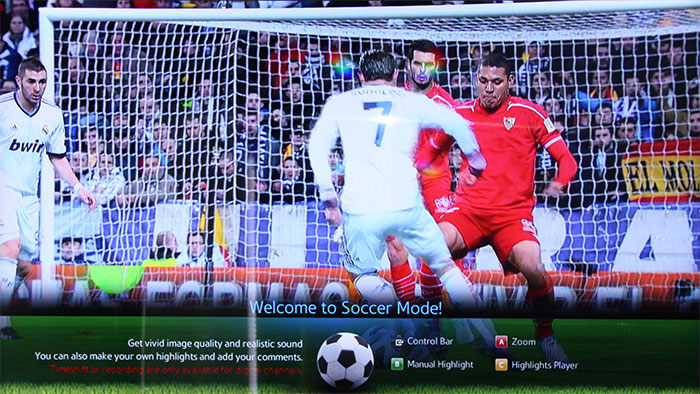 Samsung has been tweaking its Smart Hub interface every year, and this year, there’s a new Multimedia panel that combines the previous Photo, Video, Music, and Social panels. Compared to LG’s new WebOS interface, Samsung’s Smart Hub can still be a bit intimidating, especially for non-advanced users. 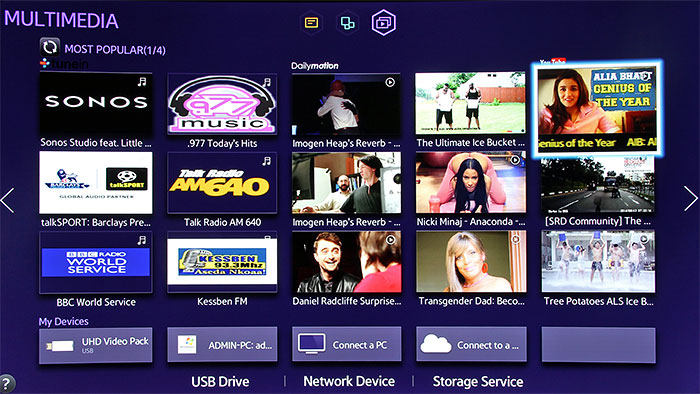 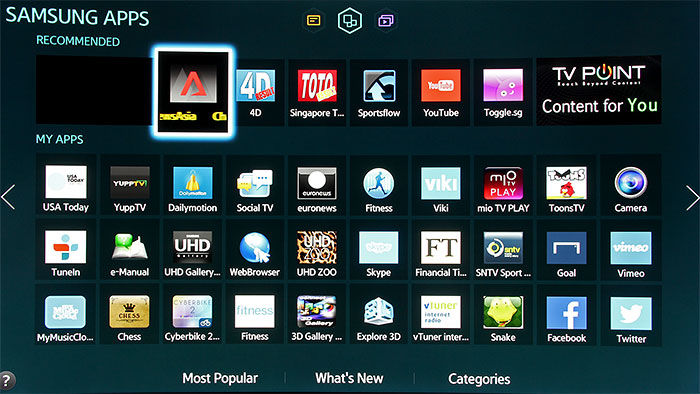