We aren’t going to mince our words: Samsung’s flagship 4K TV for 2014, the HU9000 is the 4K TV to beat at the moment. The design is gorgeous, the feature set is comprehensive (the smart TV features, the 3D features, the connectivity features - Samsung is good at ticking spec and feature checkboxes, and it shows here once again), and its easy upgradeability makes it a future-proof investment.

Of course, a TV is for watching video or film content, and the HU9000 (we tested the UA65HU9000KXXS running software version 1151, by the way) doesn’t disappoint. While it doesn’t quite reached the deep space blacks we so lust for in a plasma or OLED display, where edge-lit LED LCD TVs are concerned, Samsung has arguably the best pseudo-local dimming implementation in the industry. What this means is that you get very good black levels and very good screen uniformity. Truth be told, backlight inconsistency can’t be totally eliminated on edge-lit LED LCD TVs, it’s just that Samsung has done the best job thus far in reducing it.

With regard to colors, the HU9000 easily qualifies as a reference display. If you’ve the means, with the help of the TV’s excellent color management system, it’s able to hit the Rec. 709 HDTV specs (sorry, folks waiting for Rec. 2020) and a gamma of 2.4 effortlessly. (Else, just leave the Color Space setting to Auto.) In other words, this is one accurate display. 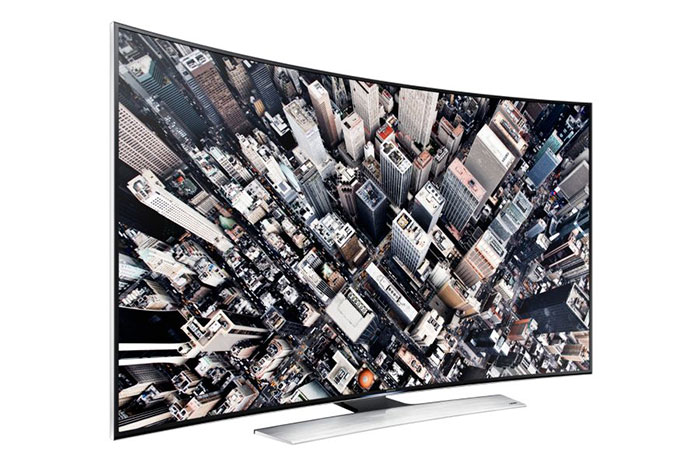 It goes without saying too that the UHD TV packs more than a truckload of details, though to fully appreciate it, you need to have high quality 4K content (not easy) and to sit close enough to the screen (not easy too). Thankfully, the TV has a top-notch upscaler for HD content.

Now, when we started with this review, we had doubts about the HU9000’s curved display. Some are cleared, but some still remain. While it lends a hand during off-angle viewing and reduces nasty reflections, these simply aren’t must-haves for most people. For the latter benefit, we reckon most people would be more than willing to tackle the light source than to pay a premium for the curved screen.

That said, to assume that the S$1,500 in price difference between the HU9000 and HU8500 (the one we tested was the UA65HU8500KXXS, running software version 2151) all goes to the former’s curved display isn’t entirely correct either. We lament the fact that in order to elevate the HU9000 to the flagship status, Samsung has chosen to dumb down the HU8500 slightly. Case in point: the Quad Core+ processor, Micro Dimming Ultimate, and Cinema Black (components and features that contribute directly to image quality) are all reserved for the HU9000. So for those who want the best of the best in Samsung’s 2014 lineup, the HU9000 is the only choice (curved screen be dammed). The good news is, the flat HU8500 is just as good 95% of the time. 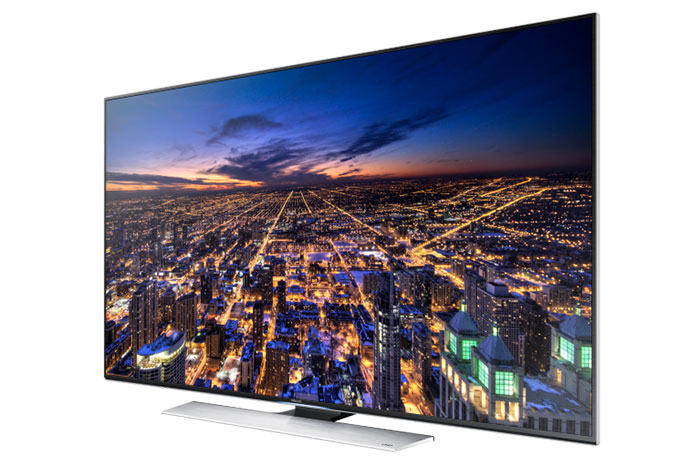 At the moment, the UHD Video Pack comes free if you buy a 55-inch HU9000, 55-inch HU8700, or 55-inch or 48-inch HU8500. Anything bigger than 55 inches will instead land you a Samsung M7 wireless audio multi-room speaker and a WAM250 connect hub that pairs with the M7 and other Samsung wireless audio multi-room speakers that you may have around the house.