Bigger and better displays for the Galaxy S8?

The contradicting reports on the display sizes of the Galaxy S8 could be attributed to the elimination of the screen bezels which made it hard for leaksters to gauge the actual dimensions. ETNews reported that Samsung was able to eliminate the bezels to achieve "a truly full-screen smartphone". This was followed up by a Bloomberg's report stating that the Galaxy S8 will sport a bezel-free design with a wraparound display all over.  Later, 3D renders and leaked schematics suggest that this is actually the case.

The leaked specs sheet of the Galaxy S8+ indicates that the display is 6.2-inches (full rectangle) and 6.1-inches (rounded corners), which confirms the above theory. Samsung even trademarked a moniker to describe this display - Infinity Display.

Samsung is also said to be equipping the Galaxy S8 with a new Super AMOLED display with the standard RGB arrangement instead of the current Diamond PenTile layout found in the Galaxy S7 edge. This display is also capable of supporting pressure-sensitive technology similar to Apple's 3D Touch on the iPhone. Samsung even has a patent for such a display. Android Police also claimed that there will be 3D Touch-like functionality on the Galaxy S8.

Considering Samsung's prowess in display technologies and hardware design, it is highly likely to see the Galaxy S8 with a bigger, better and more technologically advanced display. 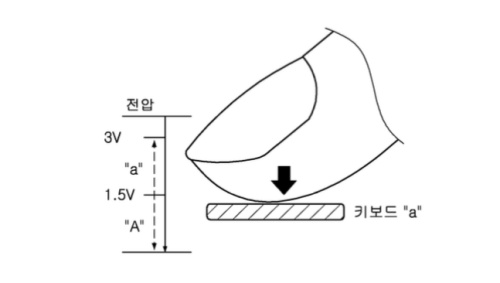