Samsung Galaxy S III - What We Know So Far

A New Galaxy is Coming to You Soon!

Given that the popular Samsung Galaxy S II made its grand splash at the Mobile World Congress (MWC) 2011, we were fairly disappointed when we first heard that Samsung had decided to unveil its successor at a separate hosted event at a later date instead of at MWC 2012 in February, choosing to concentrate on its tablet efforts instead.

Fast forward to mid-April where news finally broke out that Samsung had planned for a big Mobile Unpacked event in London on the 3rd of May, heralding the appearance of "the Next Galaxy". This purportedly refers to the Samsung Galaxy S III, more or less confirmed by Senior VP, Samsung, Robert Yi at the end of a recently-concluded Q1 earnings call. Of course, tech pundits and media alike have not been resting on their laurels - rumors of the phone dated back to even late last year, with some of the recent ones claiming that the the Samsung Galaxy S III will be the official device for the 2012 Summer Olympics, which explains why the event is held in London.

Nonetheless, the speculations have caught most of us in a bind - "What does the phone look like? Will it come with a quad-core or dual-core processor? And LTE connectivity?" With the information that we have compiled over the months - amongst which is a supposed hands-on video of the device by Vietnamese website Tinhte -, we've utilized them to cross-reference its alleged specs with the existing Galaxy S devices. As always, do take the legitimacy of the Galaxy S III specs at this point of time with a pinch of salt; nothing is official until Samsung reveals its Galaxy device on the 3rd of May, London time.

Taking a Look at the Samsung Galaxy S Family

Rumors, however, about the Samsung Galaxy S III's appearance have been more fickle in nature. The device is said to come in two color options: blue and black, and white. Previously allegations also specify that the phone will feature a ceramic case but leaked photos of the device have attested to the fact that it may come in a brushed metal or stainless steel/plastic case. The Galaxy S III is also alleged to feature a physical home button in the middle of the device under the display, and that it would not be relying on the on-screen navigation buttons available on Android 4.0.

Other Devices and Services

Previous leaks have also pointed to the possibility of a second Galaxy device to be unveiled - the only major difference that we see is that it comes with a dual-core processor. This is hardly a new strategy: major manufacturers have had announced their smartphones in batches, take for example, the recent Sony Xperia series and the HTC One series, with one core smartphone positioned as the flagship model and the others catering to niche audiences. 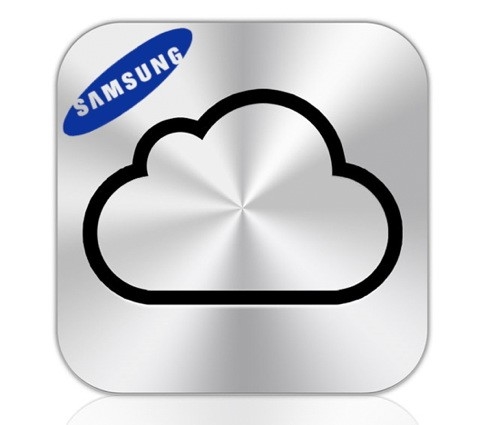 Another major announcement that is purported to be made at the Samsung event is with regards to the S-Cloud, the company's very own cloud service. It is said to be similar to Apple's iCloud but comes with no restrictions to the type of content you can upload and is rumored to offer more than 5GB of initial storage. It is also expected to ship with access to entertainment - both free and paid TV shows, movies, and music - that will eventually be available across a suite of Samsung products, such as laptops, tablets and smartphones. Further strengthening its ecosystem will be highly instrumental in keeping customers loyal to a brand, especially in a day and age where consumers no longer stick firmly to one.

So what can we expect? It's for certain at least ONE device will make its appearance, but we are expecting to see the possibility of new, elusive devices making their debut at the Samsung Mobile Unpacked 2012. And of course, introducing services like the S-Cloud will certainly complement the Samsung Galaxy S III smartphone and pit it even closely against its rival, the iPhone. But for now, we shall leave you with Samsung's latest teaser video (well, Android users have the extra option of downloading the Samsung Mobile Unpacked 2012 app from Google Play). In the meantime, keep your eyes peeled for our coverage direct from London!