Note: This feature was first published on 8 August 2020. 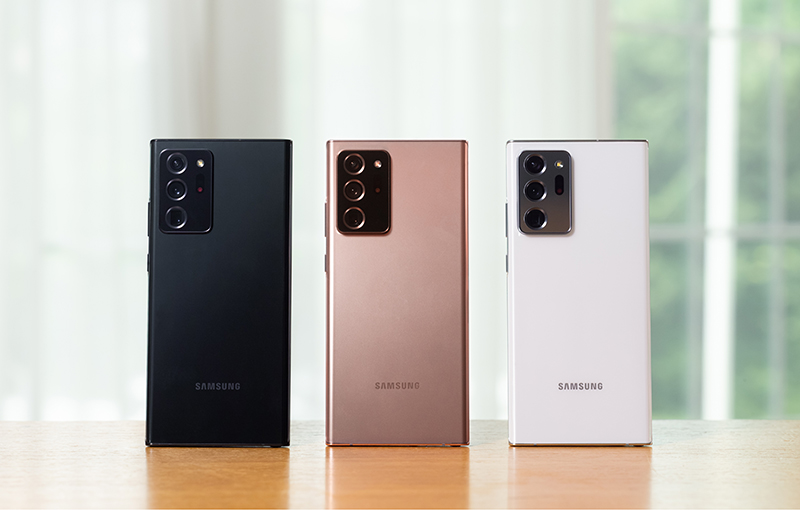 Who's got the best plan for the Samsung Galaxy Note20 series phones?

Telco plans for the Samsung Galaxy Note20 series phones are now available (Singtel, StarHub, M1). We find out who's got the best telco price plan deal with a contract and the phone offered at a discounted rate.

To quickly recap, the Singapore variants available (and their no-contract prices) are:

Unlike some other countries, Singapore will only receive Galaxy Note20 and Note20 Ultra models with 256GB storage, whether you pick one up via a local telco or a local authorised retailer. Also, Singapore traditionally receives Exynos versions of Samsung's Galaxy flagship devices (as opposed to the Snapdragon-powered ones). The Galaxy Note20 series available here is no different, with the Exynos 990 chipset on-board.

In a nutshell, Samsung went all-in on productivity by decreasing the S Pen latency to 9ms, which translates to a stylus experience that's more fluid than its predecessor. It also imported camera configurations found on the Galaxy S20 series to the respective Note20 counterparts. Samsung also added a little more software magic by improving some of their stock apps like Samsung Notes.

Given these improvements, you'll actually be surprised to find out that the new Galaxy Note20 series is priced almost similarly as the Galaxy S20 series, while also doubling the default storage capacity and incorporating an S Pen. (Also, if you compare to the base Galaxy S20, you definitely get a bigger screen too.)

Intrigued? Here's a detailed explainer for everything news in our initial Galaxy Note20 coverage here.

Pre-order options are available through various offline and online avenues, with a choice between direct purchase from Samsung, or telcos, and more. There are also pre-order bonuses if you're early enough, on top of a unique virtual purchasing experience by Samsung, if you're into that.

Note: StarHub has kindly informed us that they do not offer the 4G variant of the Galaxy Note20. Folks pre-ordering through StarHub can still pre-order the Note20 (5G variant) and Note20 Ultra.

Before we make any deductions, here are some general observations that seem to govern the current price plan models.

Mobile+ plans are supplemented further with a free trial of 5G connectivity until 16 February 2021. This applies to users who already are with, or are going to sign up for StarHub's Mobile+ plans. 5G connectivity is subjected to the phone's 5G capabilities, and whether StarHub and the phone brand has enabled the function.

Without further ado, here's our quick take based on each tier.

Plans from this tier are quite the oddball - if you look at the final cost and compare it with the next tier's, you'll realise that you'll end up paying more over two years, for the same device, but with far less data, talktime, and SMS (with the exception of Combo 2 from Singtel) in the case of the Galaxy Note20 (5G) models.

The other models may cost less at the Value Plans tier, but the difference is negligible. An extra few bucks would upgrade you to the Basic Plans tier, and also net you more generous allotments, especially data.

Conclusion: Unless you want 1,000 SMSes every month, you should be comparing prices from the next tier onwards.

Even with "admin fees", Singtel's XO 48 plan may have the lowest overall price tag for a contract Galaxy Note20 (both 4G and 5G). But the price difference is negligible next to M1's Galaxy Note20 (4G and 5G) packages. What's not negligible is the 17GB data, and double talktime/SMS when compared to the S$0.85 cheaper Singtel XO 48 plans.

For the Galaxy Note20 Ultra, M1 offers the lowest overall price with the best quotas for mobile data, talktime, and SMS.

Here's where it gets interesting. You have a choice between unlimited talktime/SMS or generous mobile data allotment thanks to Combo 3 and XO 78 from Singtel. Across the data-centric price plans, all three telcos have viable 2-year packages, with nearly equal mobile data, talktime, and SMS allotment. As such, M1 has a really nice tie-breaker with the free stuff thrown in. While the Mobile+ plan by StarHub at this tier may have a smaller share of data/talktime/SMS, it's actually S$150 to S$200 cheaper over two years when compared to all other options at its tier.

Conclusion: Unlimited talktime and SMS is tough to beat for consumers who are willing to accept rationed mobile data in exchange for nearly unfettered access to the other two. At this tier, the package for talktime/SMS folks comes from Singtel's Combo plan.

Singtel, StarHub and M1 have reasonably competitive data-centric plans at the 40GB region, and your choice here boils down to your preferred telco.

If you don't mind sitting out on 10GB data every month, the StarHub Mobile+ plan at this tier might be a better choice because of the final two-year price with its 30GB allocation.

Again, the Singtel Combo 6 option exists because it offers unlimited talktime/SMS to woo users who would rather that instead of 70GB of mobile data every month (unlikely, but whatever butters their bread).

This tier offers ~70GB plans across all three telcos, with the StarHub Mobile+ alternative plan for those who wish to save S$200 to S$300 after two years, in exchange for ~10GB less data a month.

Between the three data-centric plans (M1's, Singtel's XO, and StarHub 4G 2-year Plan), Singtel has the most affordable plans across all three devices, but by a narrow margin. Some may argue that the promotions from M1 might be just what they need to make a definitive choice among the three.

The three telcos shake things up once again at this tier, but there's a notable difference. StarHub's most expensive price plan is now S$155 a month, after having abandoned their $200+ packages (based on what we saw). StarHub's data allotment at this tier is also the best, with M1's coming in at a close second.

If you're concerned with picking up S$0 upfront cost Galaxy Note20 (5G) among the three, StarHub's offer is definitely the best if you can live without unlimited outgoing minutes. While there's no chance of picking up a Galaxy Note20 Ultra with S$0 upfront cost, StarHub's option still comes out on top because of the ~S$2,000 difference over other telcos across two years.

At this tier, Singtel's Combo package loses its lustre, since M1 is offering unlimited minutes as well, on top of over 9x the data cap. So if it's a S$0 upfront cost Galaxy Note20 (4G) you want, the orange camp has the better deal between the two. Of course, why would you settle for a Galaxy Note20 when you can get a Note20 Ultra for much less with StarHub?

We hope this price comparison paints a clearer picture on picking up a contract-bound Galaxy Note20 series smartphone through your preferred telco. Don't forget to read the pre-order article to learn about other bonuses and your other alternatives as well.