Not much was been said of the camera system on the new Note10 series phones at launch, and some might be unimpressed by the numbers given that most of the recent phones are running with Sony’s 48-megapixel sensor. However, great images aren’t determined just by resolution alone, so let’s take a look at some pictures!

In case you weren't paying attention earlier, here's the camera system found on the Note10 and Note10+:

The Galaxy Note10+ gets an extra VGA DepthVision Camera for AR and 3D applications.

It would appear the only difference in camera systems between the Note10 and the Note10+ is the depth camera, which is used mainly for Augmented Reality (AR) applications. Comparing the images side-by-side, it’s almost impossible to tell which came from which camera.

Looking at the studio shot, both cameras delivered good corner-to-corner sharpness, and you can see there’s a good amount of detail in the shot. There’s still a good amount of skin texture captured in the old man’s face, which is impressive indeed. 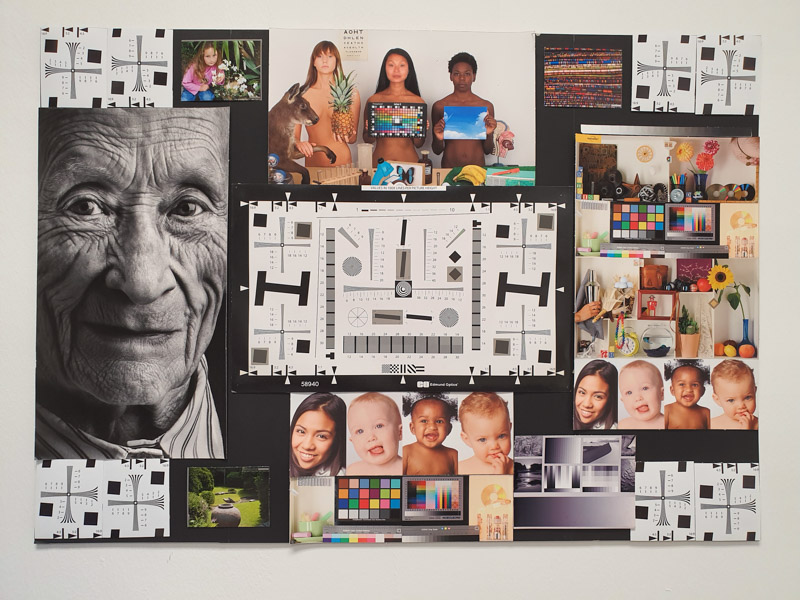 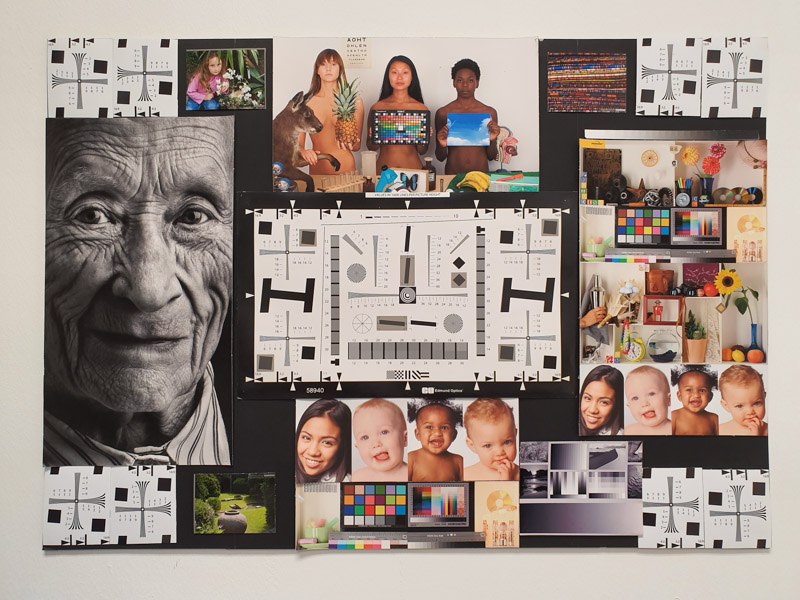 Taking a look of this next set of images gives an idea of the amount of detail the camera can capture. There isn’t enough resolution to properly render the individual leaves on the trees, but you can clearly make out the moon and stars on several of the Singapore flags in the image. 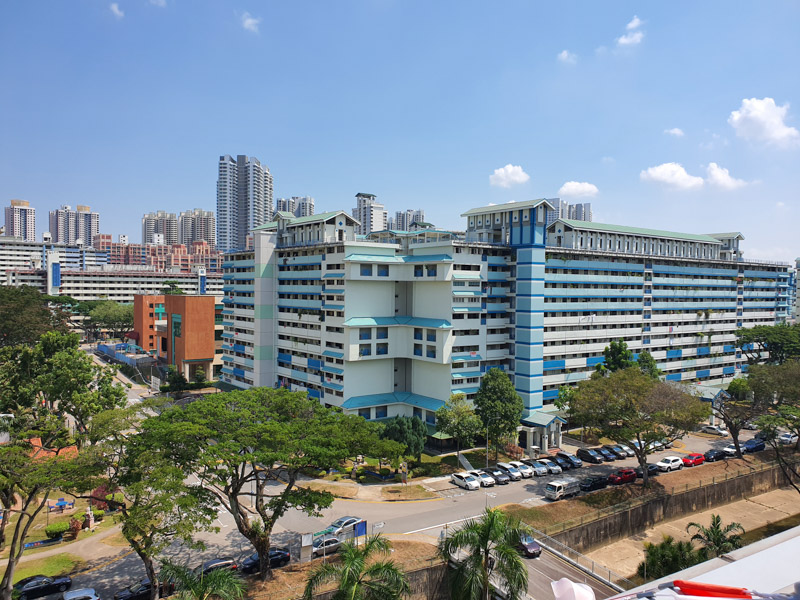 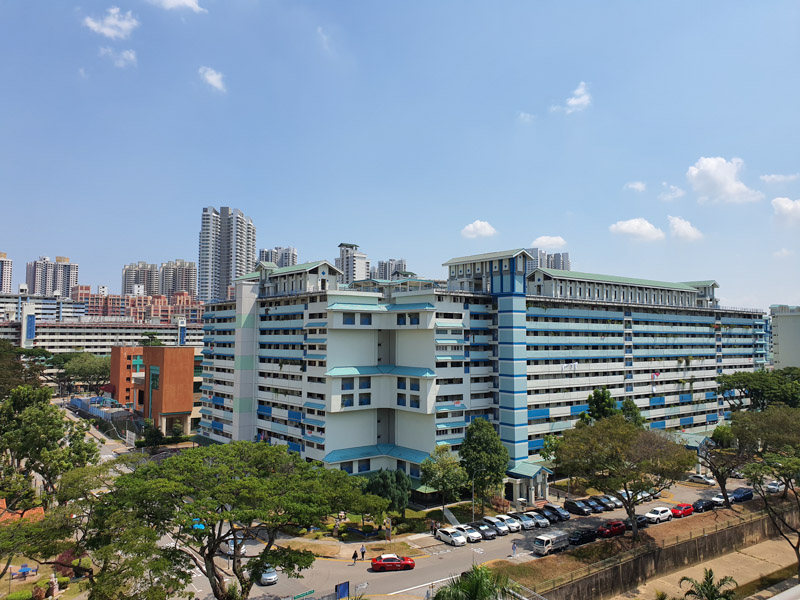 Now, let’s look at the telephoto end. The Note10 camera's default zoom only gives you 2x telephoto but you can drag this all the way to 10x, just like many of the other phones out there. We don't recommend this though, as that's a full digital zoom. Instead, 5.0x hybrid zoom seems to be a good compromise between reach and quality. At this point, you still get a decently clean image without too many artefacts. 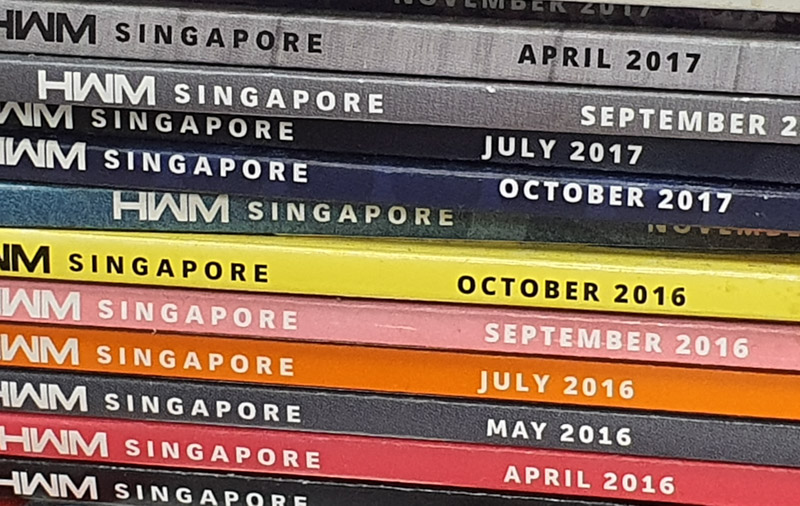 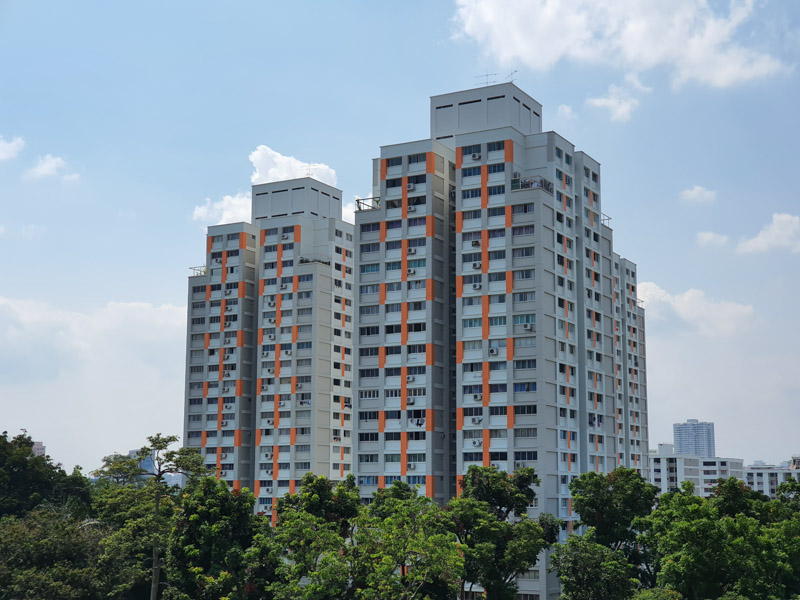 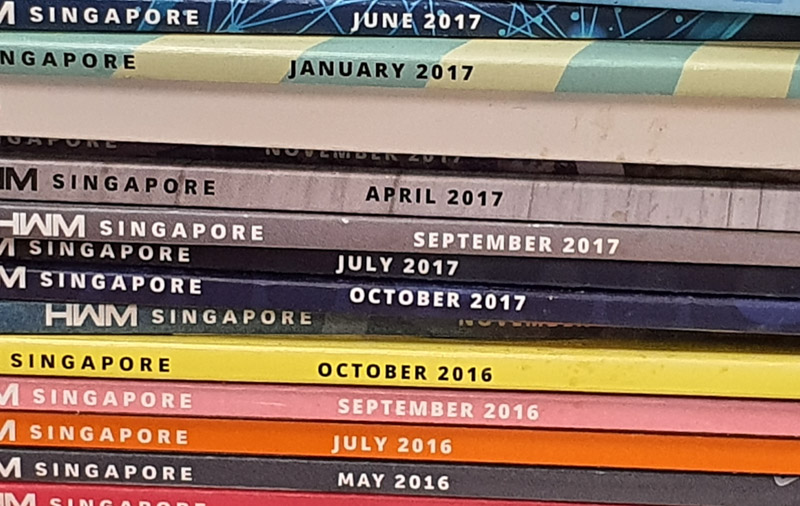 Now, let's finish off with some night shots. The Galaxy Note10 phones also have a dedicated Night Mode, but this doesn't exactly give you an indication as to when the camera is capturing, so you'll just have to hold still until you see a yellow line complete its run around the shutter button. Still, the results are much better than what you get with the regular photo mode. You won't get more meaningful detail back,  but the overall exposure is tweaked to get a more pleasing image - at least from the perspective of sharing photos on social media. 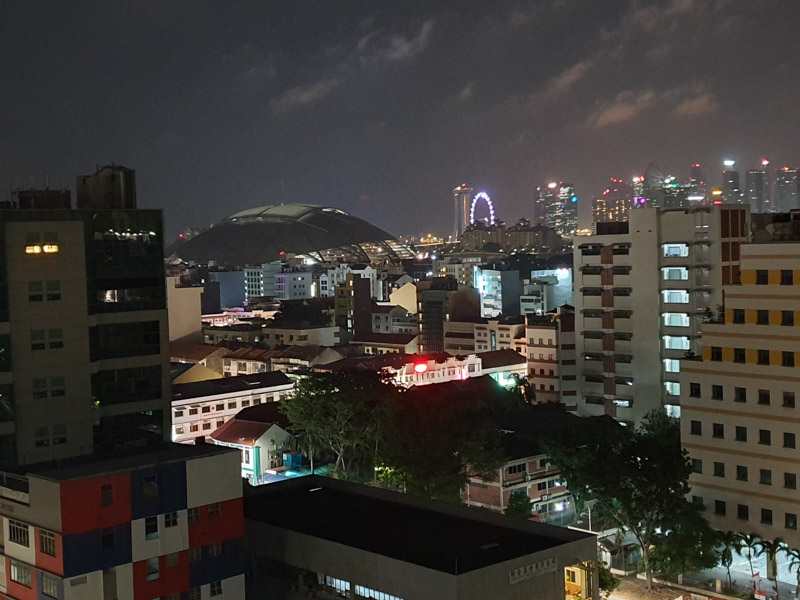 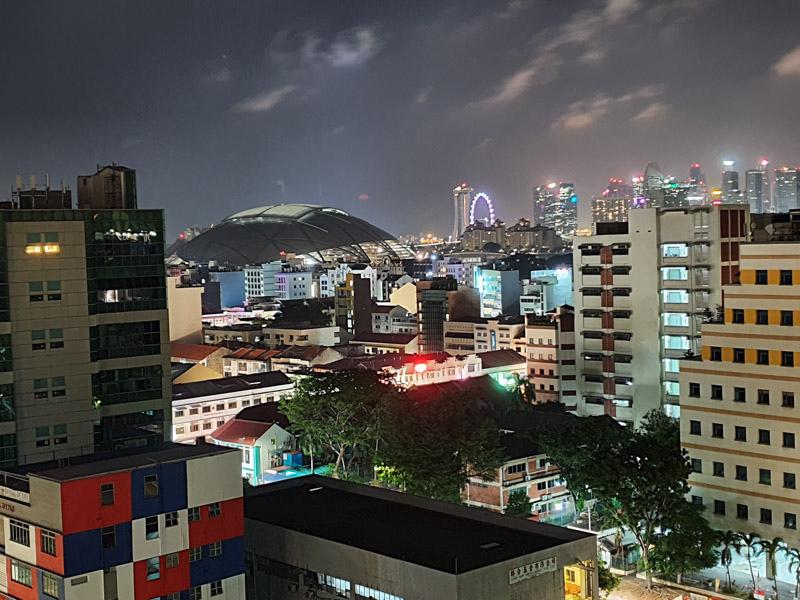 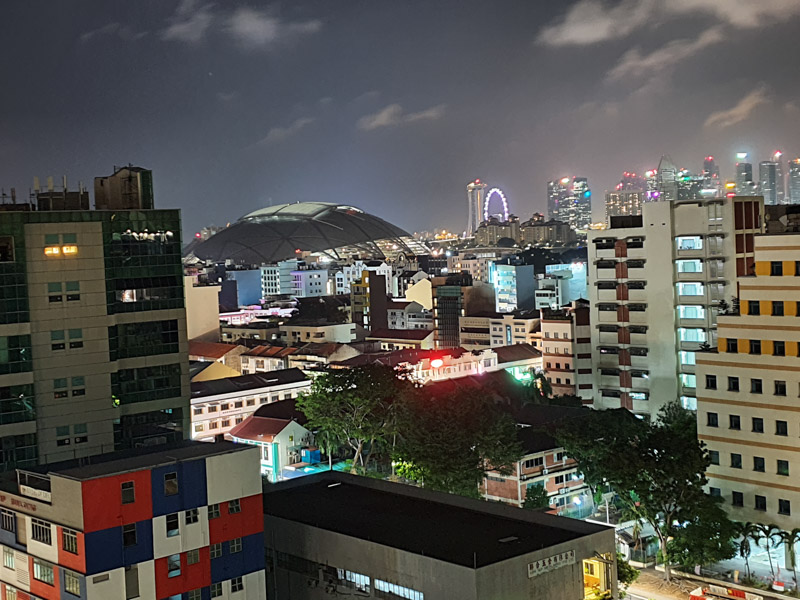 Finally, let's take a look at the selfie camera. We tested this both indoors and out, and were quite impressed by how the Note10s were able to intelligently balance exposure with a backlit situation. There's pretty good detail with the indoor shot, though it seems a base level of software retouching is applied even if you set it to zero. 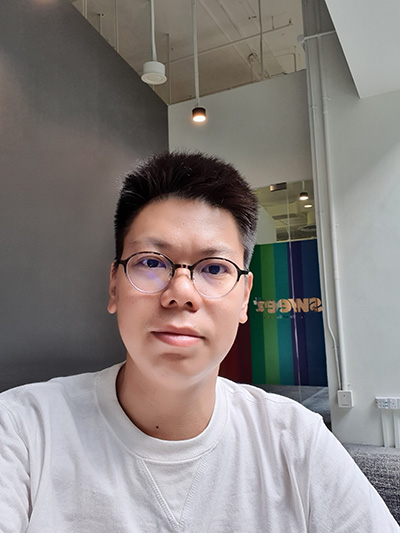 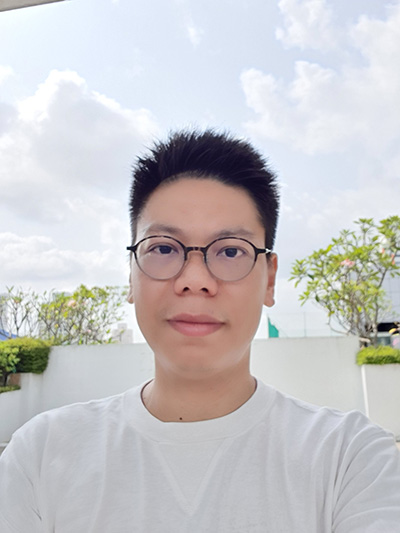 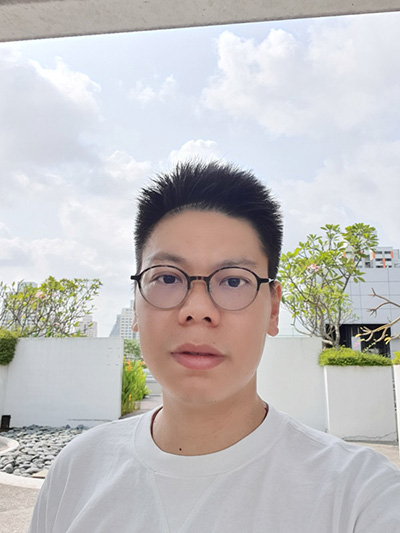 All in, we'd say the camera system is good, and is perfectly capable for most needs. It may not dethrone Google's Pixel or the Huawei P30 Pro, but as seen from our assessment, it doesn't necessarily have to as the Samsung Galaxy Note10 series offers much more than just imaging prowess.

Video capture gains quite an upgrade with the Galaxy Note10 series, with a slew of features that many will find helpful. For starters, you can now do simple edits of your video recordings right from your phone, like cuts to video and add transitions. The S Pen can also be used here, so it’s easier for you to find just the right moment you want to trim.

The way it works, is you adjust start and end sliders to make a cut, then save that portion as a new clip to import later. There‘s a selection of video filters you can add, as well as the option to type text, draw, adjust play speed, and add a soundtrack from an online library. Those songs are designated as free for non-commercial use only, which is perfectly fine for personal projects.

During capture, Live focus video adds simulated bokeh to your videos you can adjust via slider, making it easier for you keep focus on your main subject. And as you can see in the video above, the Zoom-In Mic amplifies the audio in the frame while diminishing the background noise.

In our tests, we found that you should ideally be at most five metres from your subject for this feature to be useful. And while the audio in frame was definitely amplified, wind noise entering the phone was amplified too. The other problem is that the audio zoom can’t happen independently from camera zoom, so you’ll have to find a balance between better audio and too tight a crop.

Even screen recordings get an upgrade. With Screen Recorder, you can now add picture-in-picture video of yourself using the front camera, so you can literally talk your audience through what you’re doing in real-time. Just tap on the icon with the person in the circle to toggle the picture-in-picture on and off.

Samsung says there’s also a partnership with Adobe so that you can get Adobe Rush from the Samsung store on the Note10 at a discounted price. Which means you’re basically set for quick video edits directly from your Note10 or Note10+.