It’s been barely over a year since the Sound Blaster Roar 2 was released, and back then we were duly impressed at how Creative managed to fit everything from the original Sound Blaster Roar into the smaller package without compromising on the sound.

Back then, we were told the impetus for the change was very much customer feedback: users wanted a smaller package, and the option of colors to choose from. Well today, Creative has once again responded to their customers with the launch of the Sound Blaster Roar Pro. In their own words, it's “a powerful, feature-rich, 5-driver portable Bluetooth speaker with next generation P.A. system.”

What does that mean? 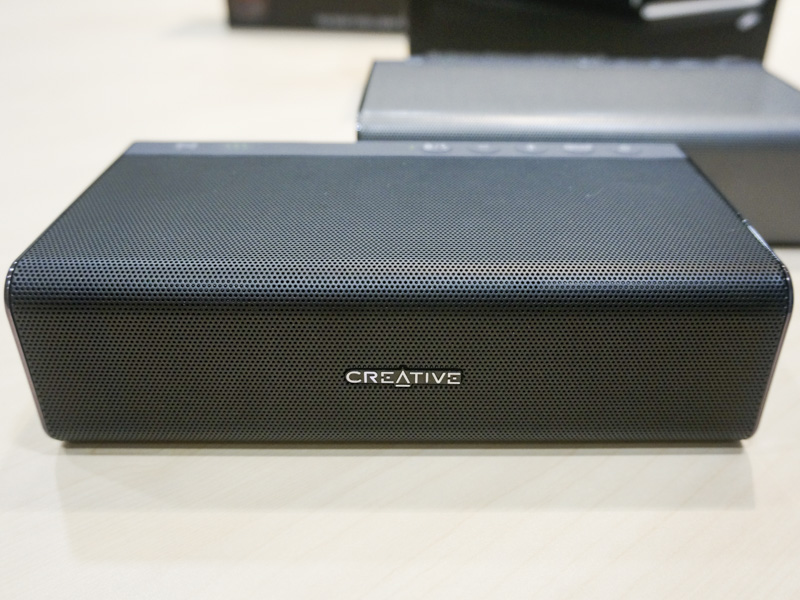 The speaker itself looks very similar to the Classic Sound Blaster Roar, but to our eyes it seems very slightly wider. Indeed, the speaker measures 57 x 202 x 115mm and weighs 1.1kg, the same as the Classic Sound Blaster Roar. We’re told that following the launch of the Sound Blaster Roar 2, Creative received many requests for a version of the Roar with the ability to act as a loudspeaker. People loved the audio capabilities of the Roar, and wanted to have that same quality when projecting their own voice. So, Creative’s engineers went back to work to add those functionalities in, throwing in some added improvements along the way. 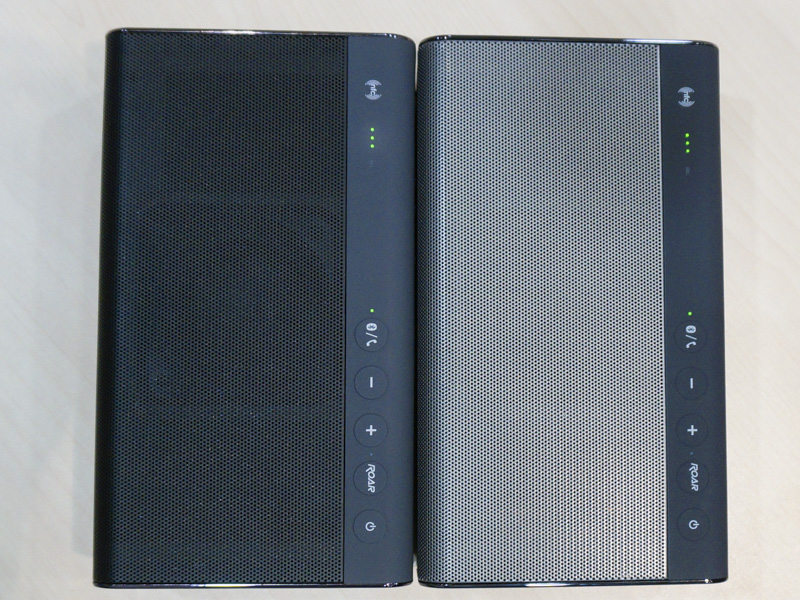 This time round, we were first treated to an audio demonstration. Technical Marketing Manager Mr. Susimin Suprapmo played Get Lucky by Daft Punk on both the Classic Sound Blaster Roar and the new Sound Blaster Roar Pro, alternating between the speakers to give us a better idea of how the sound differed.

Both speakers were played at maximum volume, and it was immediately obvious that the new Roar Pro had better fidelity at louder volumes. It also went louder than the Classic Sound Blaster Roar, and had better clarity. We’re told the new speaker even delivers a full three decibels more sound with the Roar feature enabled - that's certainly a lot for a little speaker. While overall sound signature seemed to be the same, the new Sound Blaster Roar Pro did have a slightly wider sound stage, with a bit more robustness in the bass.

We’re told the Sound Blaster Roar Pro now comes with advanced high definition audio codecs with support for aptX Low Latency, and this allows for minimal delay even when streaming music wirelessly. TheSound Blaster Roar Pro also boasts a 10 hour battery life, up from the eight hours of the Roar 2, and this is due to improved electrical efficiency in the circuit. 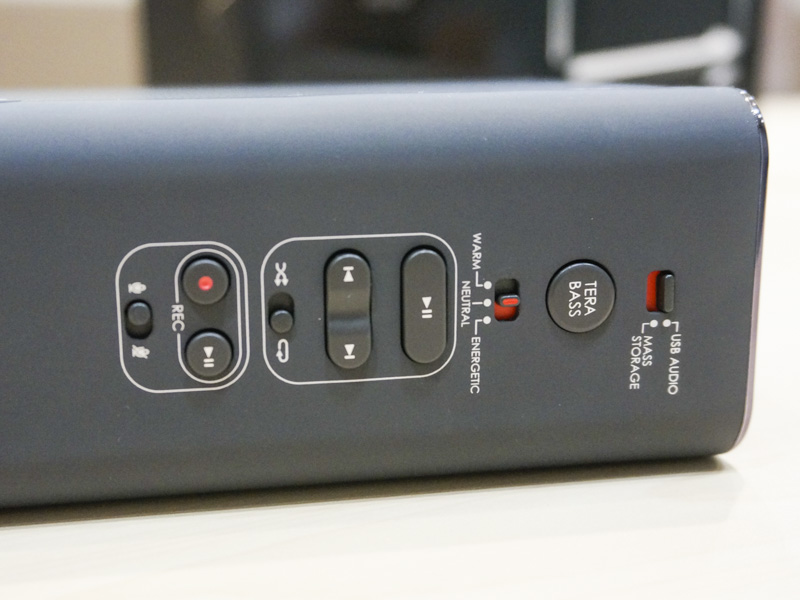 Also new is the inclusion of multiple audio profiles. While the Roar series has always had EQ adjustments via the app on your smartphone or computer, the Sound Blaster Roar Pro now allows you to easily switch between one of three profiles just at a flick of a switch. No more messing with sound curves!

The Sound Blaster Roar Pro comes with these three profiles:

There’s also a Bedtime mode, which plays files from the microSD card and gradually reduces the volume before automatically shutting down. Creative says you can use this in conjunction with the recording function to record bedtime stories for your children, but we think soothing music would work just as well for this purpose. 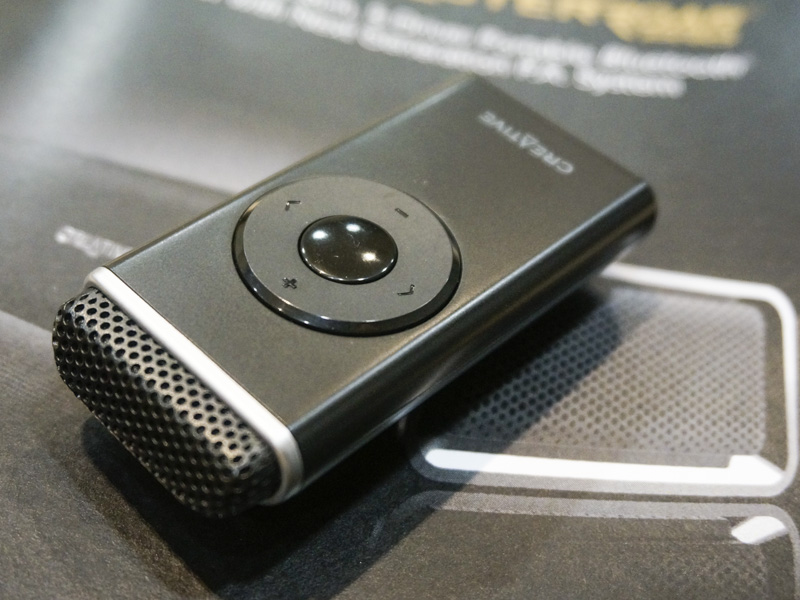 This little device above is a big part of the developments that Creative’s engineers have been working on - the iRoar Mic Wireless Voice Projector. It’s a wireless microphone that has both a line-in port and a mic-in port, allowing you to connect anything from musical instruments to a head-worn microphone to the Sound Blaster Roar Pro or the Creative iRoar.

Why bring a traditional boom box when you can bring just the Sound Blaster Roar Pro and one of these? The iRoar Mic Wireless Voice Projector is very lightweight, features a unidirectional microphone and has up to 10 hours of talk time. More importantly, it features Creative’s proprietary Bluetooth connection which makes full use of low latency Bluetooth for a solid uninterrupted wireless connection. 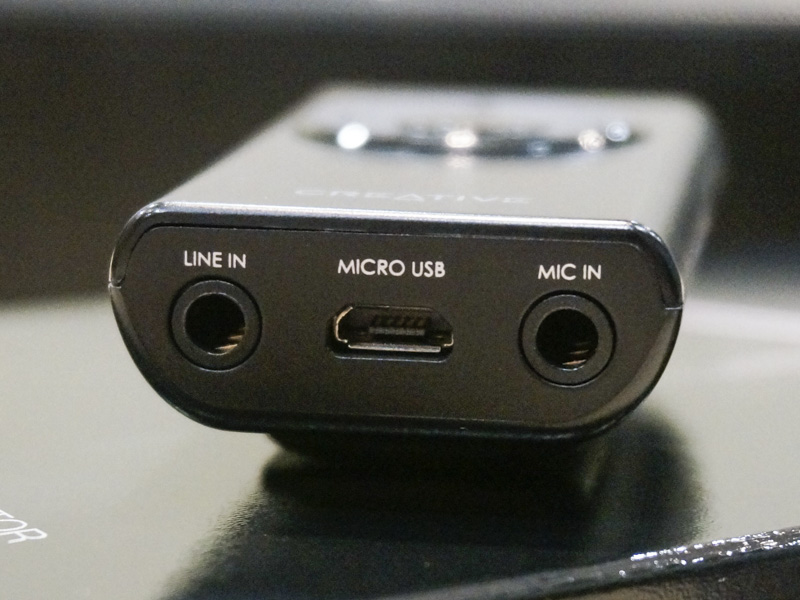 This is what Mr. Susimin Suprapmo was using to give the presentation, and we must say the audio was certainly very clear. For wireless microphones, that speaks to the quality of the wireless connection as well as the quality of the internal microphone itself. While we’re not sure if people will really be using the Sound Blaster Roar Pro as a karaoke machine anytime soon, it certainly provides a good alternative to the traditional boom box for street performances or even presentations in the office.