Here's our roundup of the Worlds 2020 Exclusive Media Preview

Here's our roundup of the Worlds 2020 Exclusive Media Preview 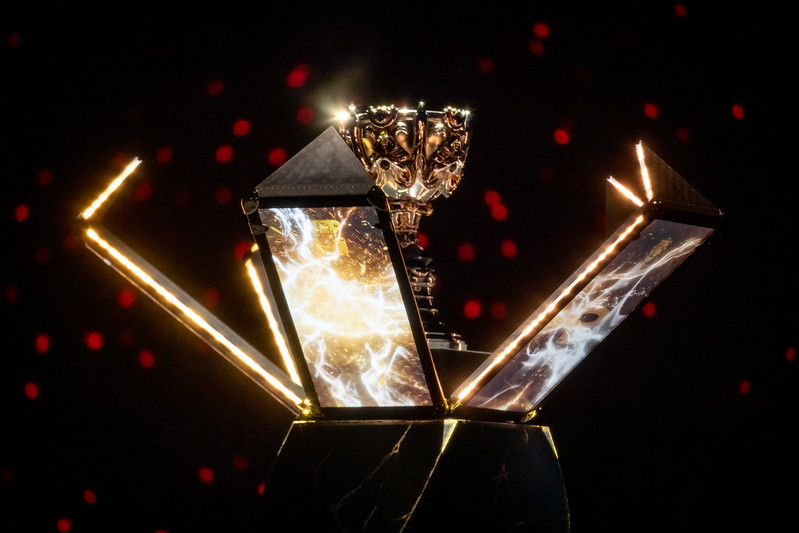 Earlier today, Riot Games hosted a special media preview for the upcoming League of Legends World Championships 2020, or as it's affectionately called by the esports community, Worlds 2020. We were among the lucky bunch to be invited for this exclusive event, and are happy to report that staying up till midnight to catch the stream was well worth it.

Coffee binge aside, with only three days to go till Worlds commences this Friday, September 25 in Shanghai, China, it seems Riot has once again gone all-out prepping for LoL's most prestigious annual tournament. From announcing brand-new partnerships to interviews with the bigwigs of various esports teams, the one-hour stream, which was hosted by Riot's Global Head of Communications David Higdon certainly had a lot in store for us, so let's not dawdle about and get right into it. 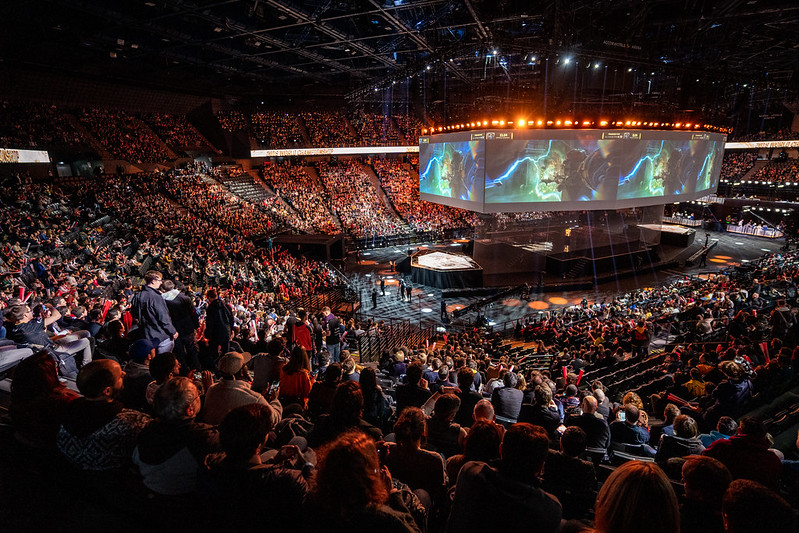 Right from the start, Riot decided to floor the esports accelerator and kick off with the Group allocations for the Play-In stage, and you can check out the ten competing teams in the video below. All the while, both Higdon and LoL Esports head honcho John Needham were lamenting the fact that several of the crowd favourite teams like Cloud 9, SKT T1 and even last year's champs FunPlus Phoenix wouldn't be making an appearance at Worlds this year.

Moving on, Higdon then opened the stream's first media Q&A segment, where Needham answered questions on the challenges of organising Worlds amidst the current global situation and shared his expectations for LoL's esports development down the road. 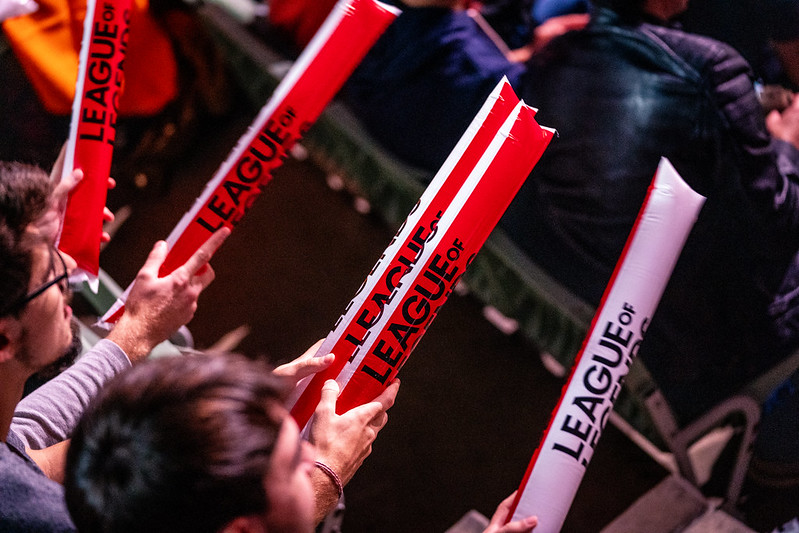 Next up on stage was Riot's Global Head of Partnerships and Business Development Naz Aletaha, who shared information on some of the in-game stuff that would be arriving during Worlds 2020. These include special missions and drops for players to participate in, as well as some of the sponsor banners that would be displayed on Summoner's Rift during the competition. However, the drops, which apparently includes hextech chests were the more interesting bit, as they will be given away by Riot's newest global partner for League.

Hopping over from supporting the LPL, luxury carmaker Mercedes-Benz has joined the developer as its newest global esports partner. Represented by their head of marketing Bettina Fetzer, the company unveiled a fancy video commemorating the partnership, following which Aletaha, Higdon and Fetzer proceeded to discuss what this collaboration meant for both companies.

According to Fetzer, for Mercedes-Benz it was primarily about being able to connect with a larger audience, especially with esports growing exponentially as a whole. On top of that, she also stressed that such interactions also provided the German automaker with numerous opportunities to develop as a brand.

From regionals to Worlds 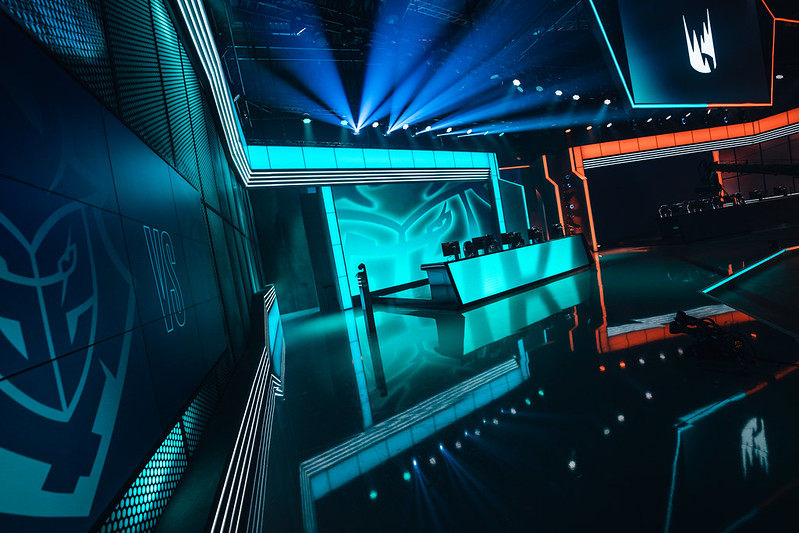 The third big item on the agenda saw Higdon interviewing top executives from two of the competing esports teams. There was Arnold Hur, the Chief Operating Officer for Korean team Gen.G and Tricia Sugita, the Chief Executive Officer of FlyQuest.

This segment was arguably a little more light-hearted as the interviewees talked about the challenges and memorable moments for their teams in the process of preparing for Worlds. At one point, Mr. Hur even joked that a video of him singing would never be able to match Ms. Sugita's view-for-view, referencing the amusing YouTube video FlyQuest and G2 created back in August this year.

It was also here that Higdon opened up the second media Q&A window as well, with both executives laying out their opinions on their teams' (and the sport's) growth as a whole.

For Gen.G, it was about developing esports as a part of the "greater culture", although Hur admitted that the team's victory against SKT in the LCK was already an achievement the team could be proud of. As for FlyQuest, Sugita noted that her team was especially eager to make a big splash on the Worlds stage this year, seeing as they were one of the most underrated teams during the regional leagues. However, she too expressed how proud she was of them for making it this far.

We interrupt this program to bring you... 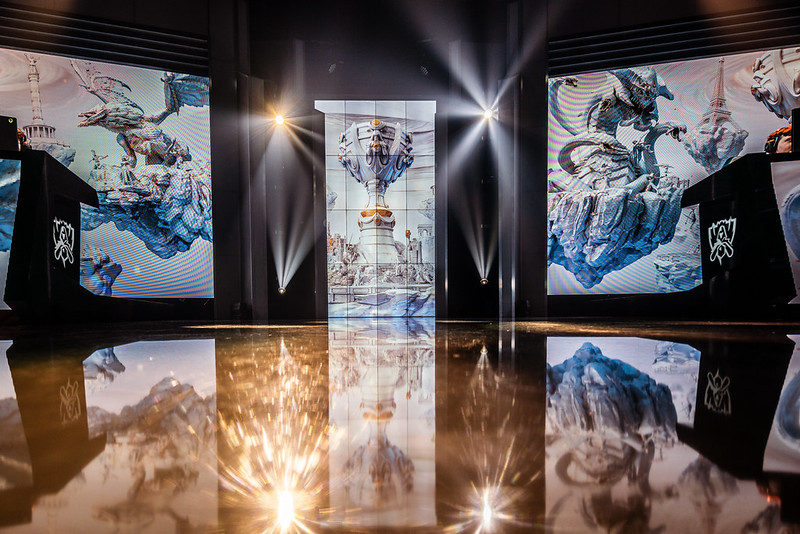 ...an announcement regarding K/DA's next song.

No, we're not talking about The Baddest. In typical Riot fashion, the company decided not to let the stream end on such a corporate note. They pretended to get hacked, and we actually had a masked figure, who claimed to be from some K/DA fan club (but was actually Riot's Music Head Toa Dunn) telling us about K/DA's next single.

If our guess is correct, it'll be unveiled at Worlds 2020, presumably as part of the entertainment schedule. However, it's not the "what" that's really interesting, but the "who". Apparently, the new song will feature the ensemble's new member and vocalist, Seraphine, and that's rather exciting no matter how you slice it.

Anyway, Higdon wrapped up the stream (again) by laughing and saying that Dunn could have just asked for some air time to announce the new EP. All in all, it was a pretty insightful and amusing hour, and it really puts us in the right mood leading up to Friday. You can catch all the action on the official LoL Esports website, and with that said, who do you think will take home the Summoners' Cup this year?