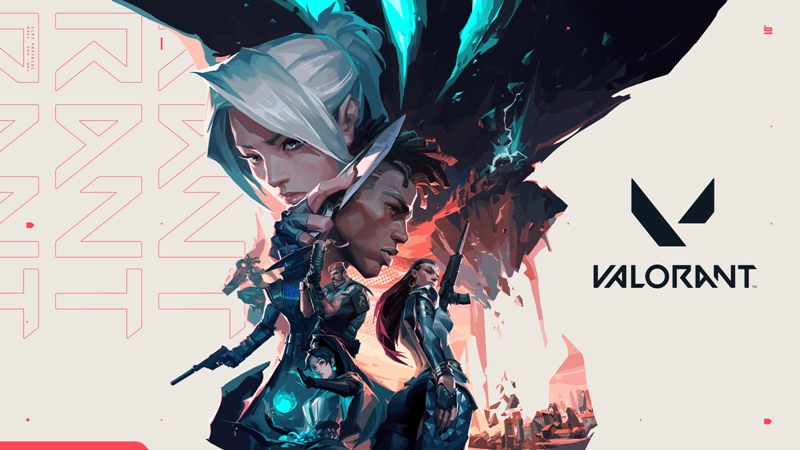 For many gamers out there, the shooter genre might not appear to be a very complex nor a very diverse one.

And why would it? After all, the general idea remains the same across the board. One party fires at another party in the hopes of taking them down. Indeed, it's really hard to imagine that any sort of intelligent thought goes into playing one of these, let alone full-blown strategies and tactical manoeuvres.

But while that rule certainly holds in games and franchises that are all about embracing that mentality, such as Borderlands, it's quite a different story in the sub-genre we call the "tactical shooter". This branch of the shooter family tree includes titles that are actually far more subtle than they appear to be, such as Counter-Strike: Global Offensive, Rainbow Six: Siege, Insurgency: Sandstorm, and more recently, Valorant.

Indeed, it's been just over a month since the latter's release, so it's pretty much still in its infancy. That doesn't mean there's nothing to say about it though. In fact, it's quite the opposite, especially considering developer Riot Games intends for it to become a successful esports powerhouse in the future. Which then raises several questions: what is the game about, what is it currently doing right (or wrong, for that matter) and what Riot might need to do to ensure everything goes according to plan. 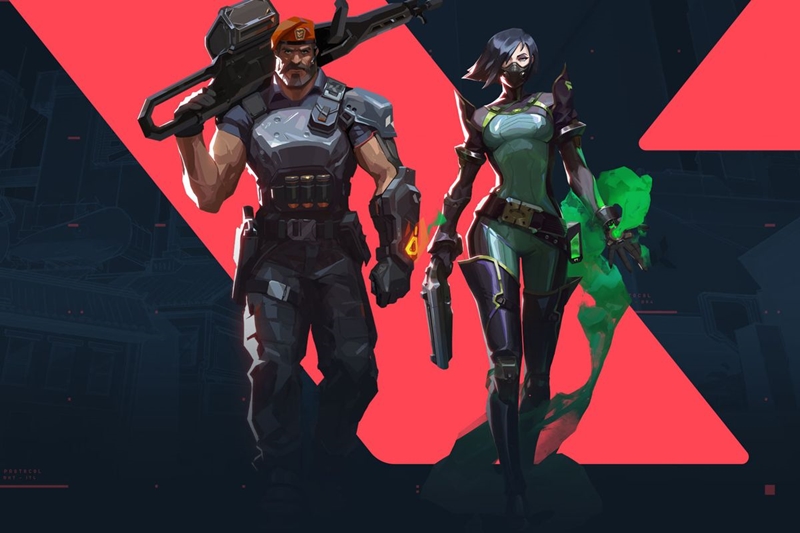 First off, it's quite obvious that Riot's new shooter isn't going to become an overnight sensation that'll topple the big boys straightaway - they've still got a lot of work to do to get it on the pedestal, but let's not jump the gun here. No pun intended.

Conceptually, Valorant is a team-based tactical shooter that takes pages out of other current-gen shooter titles like Overwatch and CS: GO, although it tends to resemble the latter more in terms of how it feels and plays. Its main gameplay mode is essentially Search and Destroy, where two opposing teams take turns trying to plant or defuse a bomb in one of two specified zones. If either team manages to accomplish their objective, they score a point, and the match continues until one faction reaches the preset number of points.

If this format feels a tad too long-winded, there's also the Spike Rush "fun" mode, which is basically a sped-up version of the basic S&D. However, this time there are orbs scattered around the map for players to pick up, upon which they'll receive small buffs for a period of time. Last but not least, the practice mode is also available if you'd like to test out abilities and guns in a pressure-free environment.

Of course, it's not just about planting bombs - Riot has mentioned that more conventional modes such as Team Deathmatch and Free-for-all are being worked on, but at this point what sets Valorant apart from the other tactical shooters is the introduction of different Agents, each with their own unique skillset and Ultimate abilities. Naturally, as we've seen from Overwatch, this means that there will be certain Agents that are just a little bit more useful than the others. It didn't take long for these "optimal picks", such as Cypher and Sage, to appear, either - community sites like All Out Rioters were quick to put out tier lists in preparation for the game's Ranked mode, which went live sometime last week.

The good, the bad, and the meta 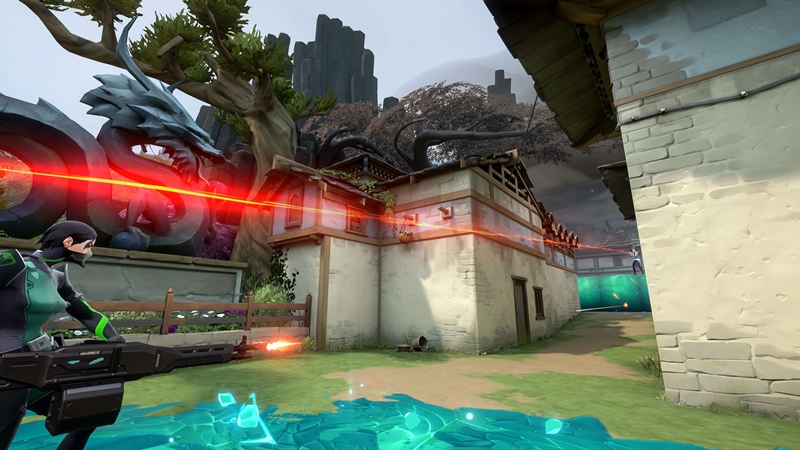 So, where do we think the game has done well, and where has it seemed lacking? For starters, the one thing that all of us in the office agreed on was this: Valorant is definitely NOT an entry-level shooter.

Of course, this doesn't mean that you can't play it without any prior shooter experience - you're most welcome to give it a go. However, what it means is that you'll probably have a harder time in the beginning than if you came in from other tactical shooters. Admittedly, it does feel a lot more forgiving than CS: GO in our opinion, but the "experience wall" is definitely there, and it's very tangible.

In fact, we'd even go so far as to suggest coming to Valorant from CS: GO or R6S specifically, as the recoil patterns and tactical nuances here are much more in line with them than games like Call of Duty, which are known to be more forgiving. I'm an avid CoD player myself, and while I'm not exactly very good at shooters in general, I think I can hold my own there for the most part. However, I had an absolutely horrendous time in Valorant at the beginning, because subtleties such as "crouch-walking" and "holding angles" are much more crucial here than they are in CoD.

Putting that aside, what do we mean when we say Valorant is easier than CS: GO? It boils down to one thing: relative accessibility. Granted, Valorant isn't the easiest game to get into from other genres, but at the very least it doesn't punish new players as hard as CS: GO does. There are a few ways the game does this, but let's just look at two of them for now. Firstly, the presence of each Agent's unique abilities means new players often have a "get out of jail free" card which they can use to turn the tides of battle, and also helps to counteract the need for godlike aiming skills at the very beginning. After all, we all know how it feels to be a newbie going up against a bunch of veterans, so at least there's some insurance from your abilities to ensure you at least have a fighting chance if you play your cards right. 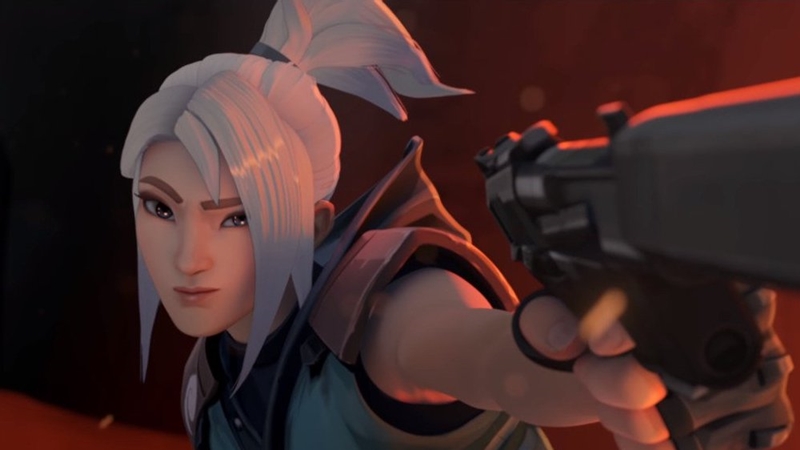 Secondly, there's also the much-appreciated "halfway mark" when you're deploying the Spike. Basically, what this does is ensure that the attackers can "save" their progress. If you go past this threshold when deploying the Spike, and are interrupted just before you can complete it, you can come back later and start deploying again from the halfway mark, rather than from zero. In essence, it helps to keep the pressure on the defenders as the match progresses, rather than just letting them camp somewhere and taking their time to kill any attackers trying to re-deploy the Spike. In that sense, we find it's a pretty good addition and makes it easier for folks who are new to the S&D format.

However, most of these points are double-edged swords, because while they might please the newbies, veterans might find that these additions take away from the experience that they're looking for in Valorant. After all, it's normal to bring your expectations from one game into another one, especially if they're similar, and some of the opinions we gathered from experienced CS: GO players who hopped over tend to share the aforementioned sentiment. Take the introduction of unique Agents, for example.

On paper, they would appear to bring a breath of fresh air to the tactical shooter genre, but when you delve deeper, you realise that this will inadvertently bring Overwatch's greatest competitive issue into Valorant: "staleness" due to the presence of optimal team compositions. Those familiar with the notorious GOAT era would know how boring and oppressive a "one team meta" can be. Perhaps such trends are only fully tangible when people are in Ranked mode, that is, having to fight the "same" team each match, but that's what really matters here - if Riot intends to make Valorant successful in the esports sphere, it'll have to deal with it sometime along the way.