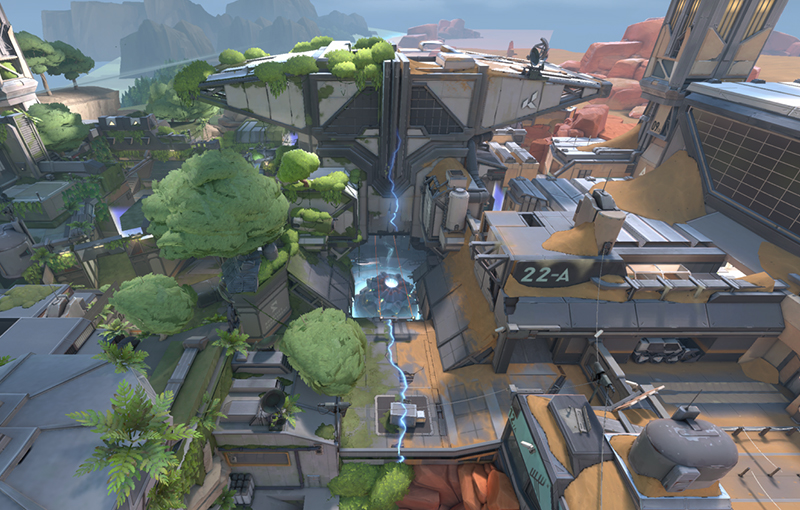 Love them or hate them, there’s no denying that many of Valorant’s maps feel vastly different from the usual gritty scenery most tactical FPS titles are known for. From the sandy desert of Bind to the idyllic shores of Breeze, each map has its own unique character that sets it apart from every other map in the game.

A big part of that is because of Riot Game’s determination to incorporate a so-called gimmick into each map. Haven has three bomb sites, Bind has teleporters, while Icebox has ziplines and a ton of verticality – you get the picture. These individual elements allow for gameplay that’s unique to each map and a wide range of creative play styles.

With Fracture, its seventh map, Riot Games is taking this notion even further. Fracture is an H-shaped map that’s split right down the middle. Moving from one side to the other, you’ll notice that the scenery changes from lush greenery to bone-dry desert, a dichotomy that’s actually steeped in the game’s lore. The Duality cinematic revealed to players the existence of a twin Earth, and Fracture is intended to give players a further look at the conflict between the two worlds. 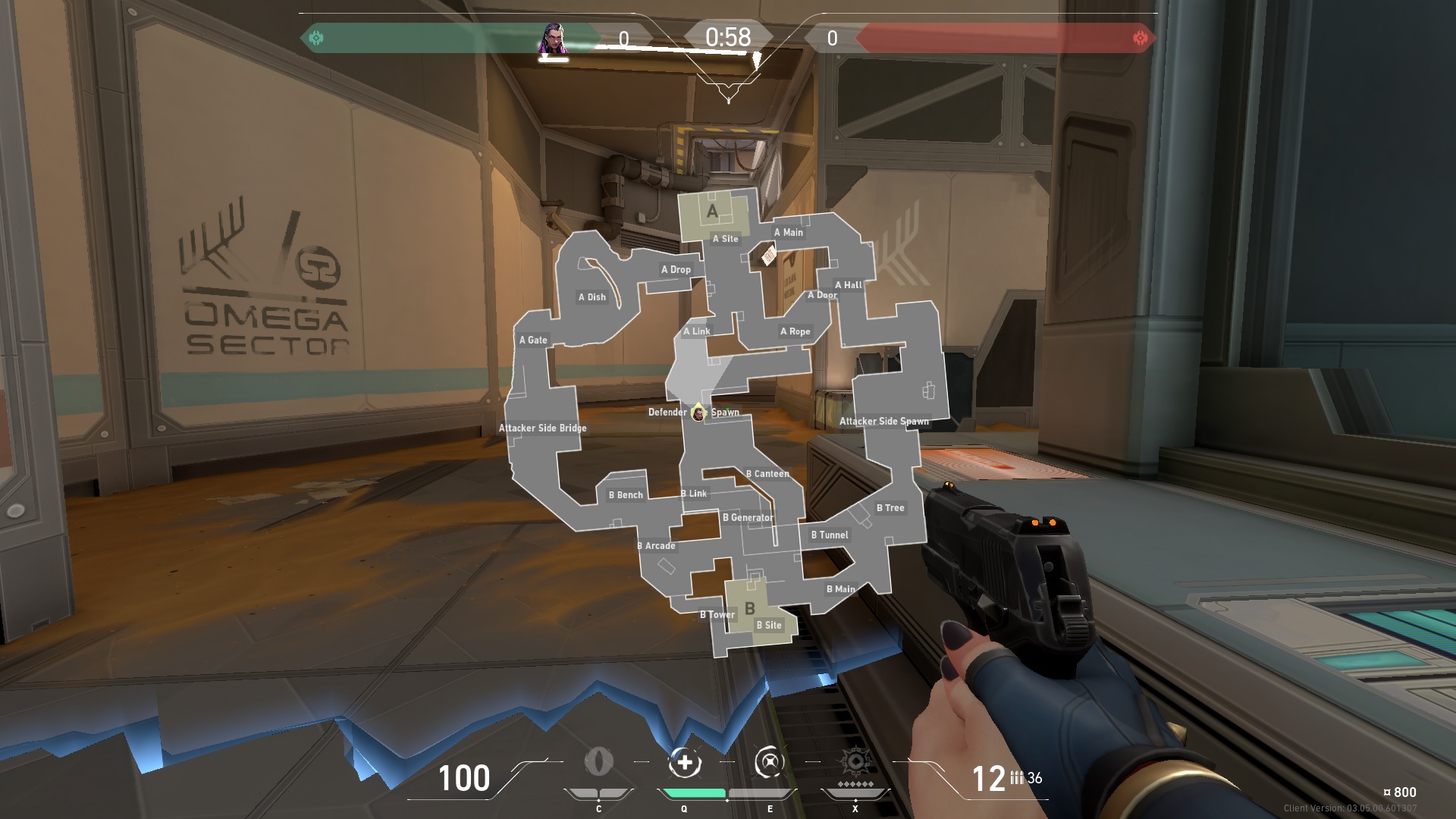 “This map plays a key role in the linear timeline of the conflict taking place between our Earth and this mysterious ‘other earth’ that is sending their own Valorant Agents. As such we’ve invested in environmental and visual storytelling to help inquisitive players more fully unravel the mysterious conflict taking place,” says David Nottingham, Valorant’s Creative Director.

There are even hidden Easter Eggs scattered around the map for players to find. According to Principal Environmental Artist Brandon Martynoiwicz, there are 10 Tac-Bears hidden throughout the map, which are likely the interactive elements previously touted by Riot. 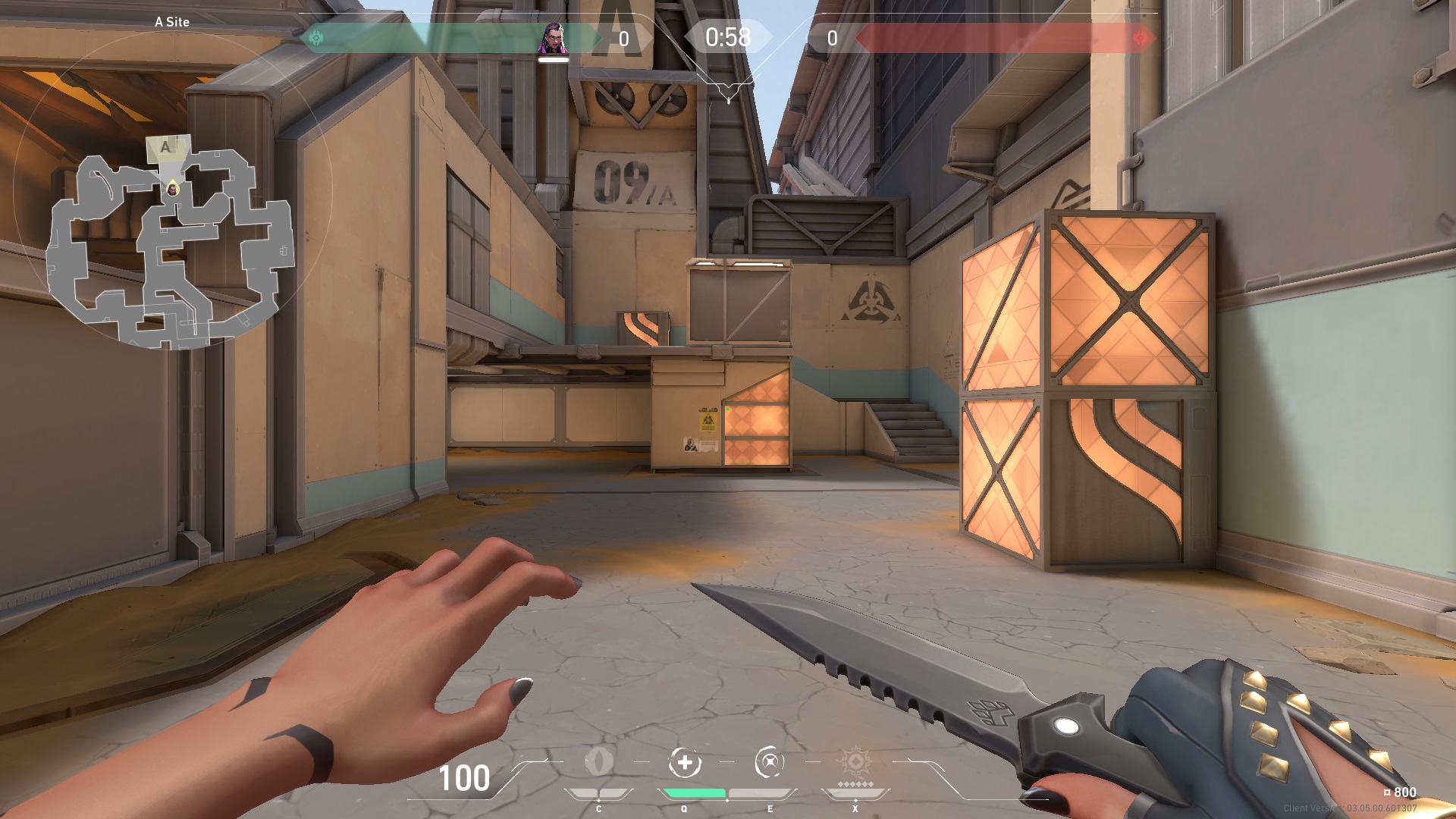 But the biggest feature of the map is the way the spawn points are structured. Instead of having attackers and defenders drop in on either side of the map, Fracture spawns defenders in the middle of the map, and attackers on either side of them. This drastically changes the usual flow of gameplay, encouraging defenders to take initiative and play more aggressively, or risk getting pinched from both sides. All five attackers spawn on the same side, but Riot Games has included a massive zipline in the middle that connects both attacker spawns and makes it easy for them to move quickly to the other side of the map. You cannot reverse direction or stop on this zipline, nor can you fall off. So no CS:GO Vertigo shenanigans here.

Because of the dual attacker spawns, there are also four ultimate orbs in the game, instead of the usual two. Each is located in a spot that looks like it will be hotly contested, making map control even more crucial. 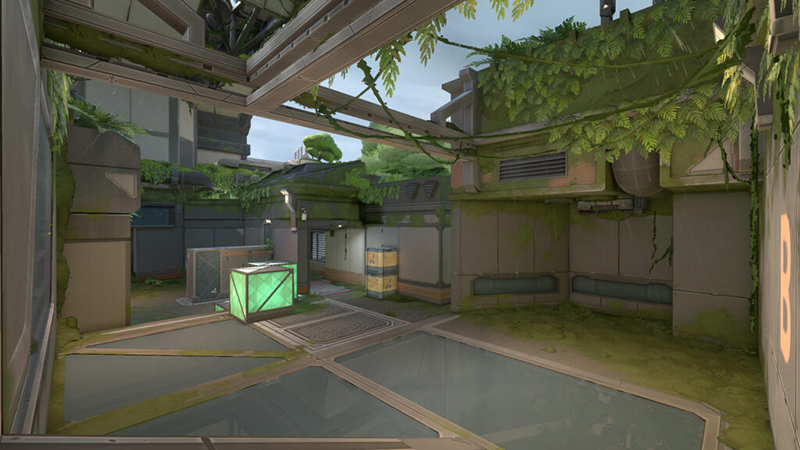 What’s interesting is where the inspiration for the map came from – the iconic Battle of Helm’s Deep. “As the orcs are breaking down the gates, Aragorn and Théoden (and the remaining squadzinho) ride out to meet them. ‘Now for wrath, now for ruin and the red dawn!’ Gandalf and the Riders of Rohan storm down the mountain from the other side. When you’re on defense and both A and B players push out to flip the tables and pinch attackers instead, it always reminds me of this moment,” says Joe Langford, the level designer of Fracture.

Fracture will be released as part of Valorant’s patch 3.05 update and the drop of Episode 3 Act 2 this week.