Nutcrackers in the Flower Dome

Moving on to some images taken in open shade, we take a look at the cameras' ability to resolve detail with these displays of giant spinning nutcrackers in the Flower dome at Gardens by the Bay. The sky was overcast, resulting in muted ambient lighting with highlights from the spotlights placed amongst the displays. 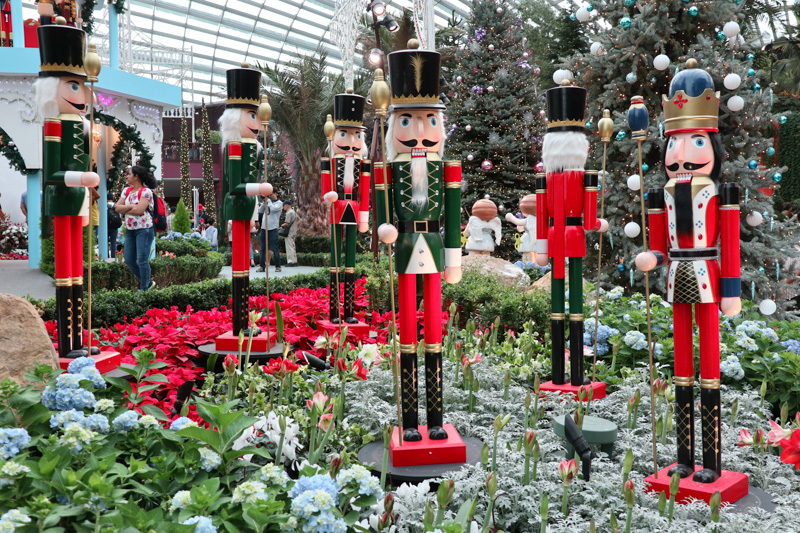 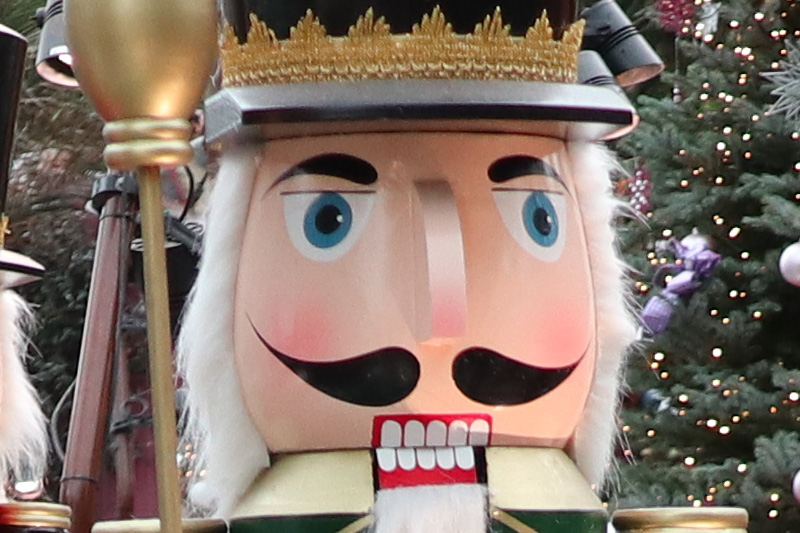 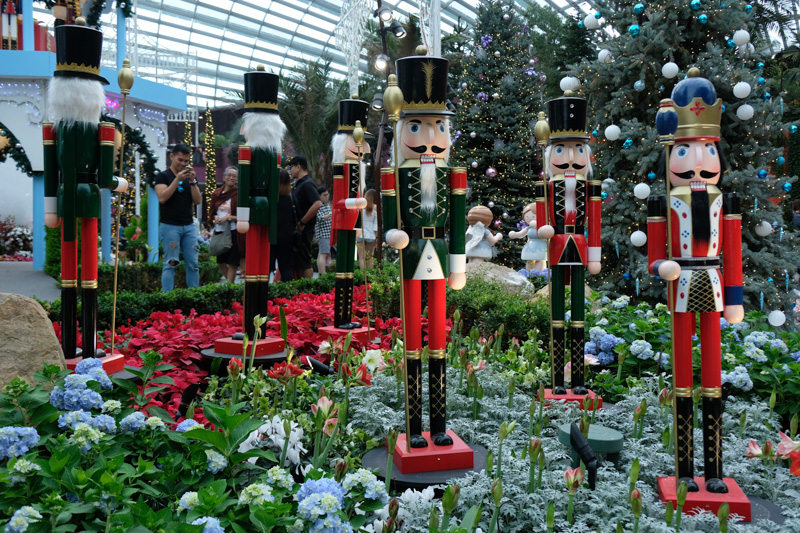 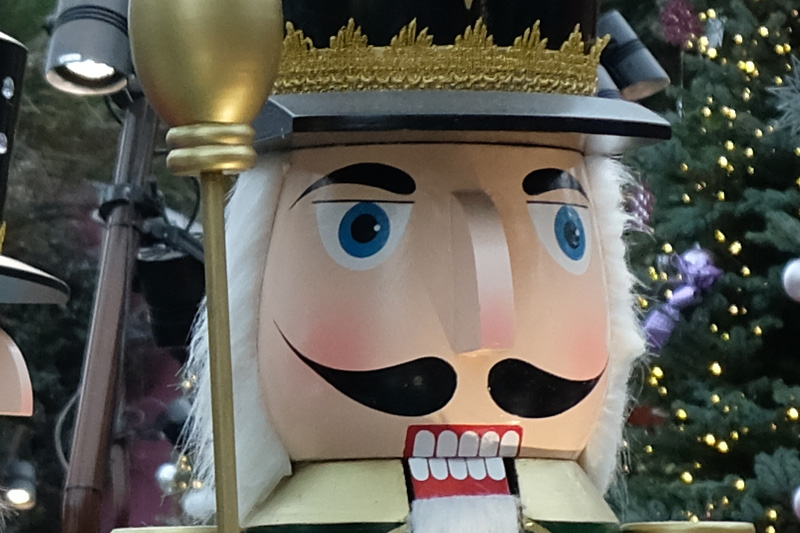 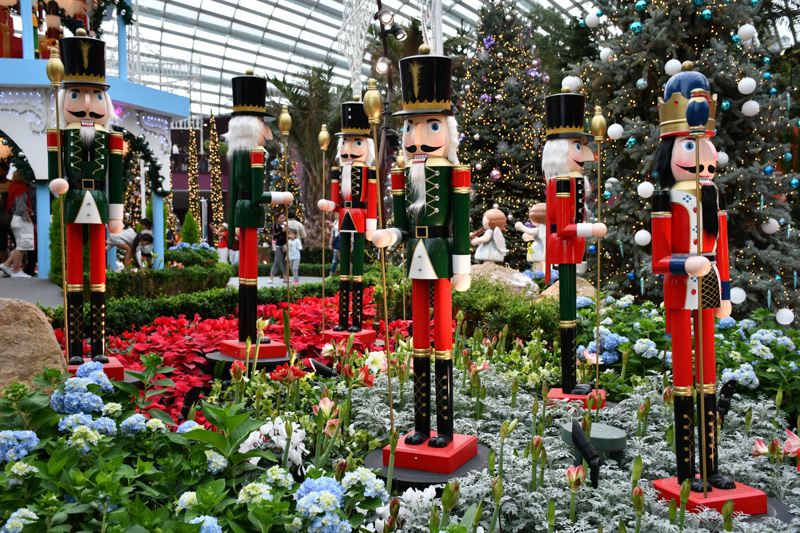 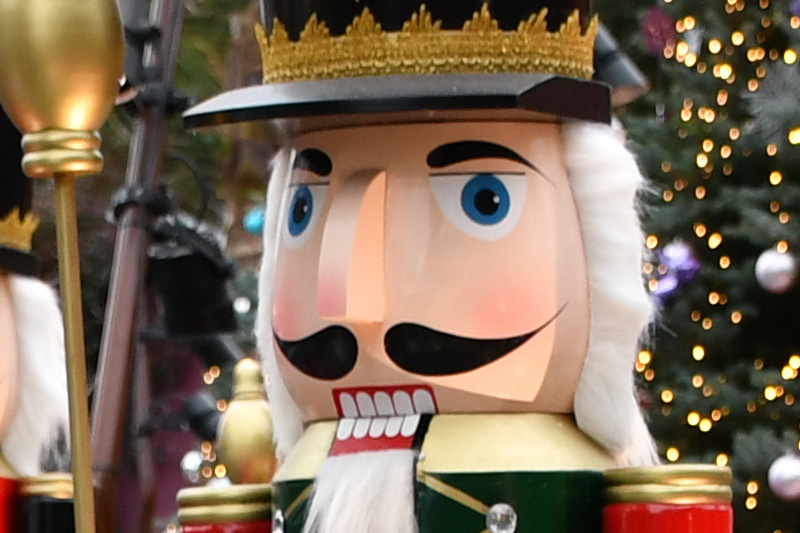 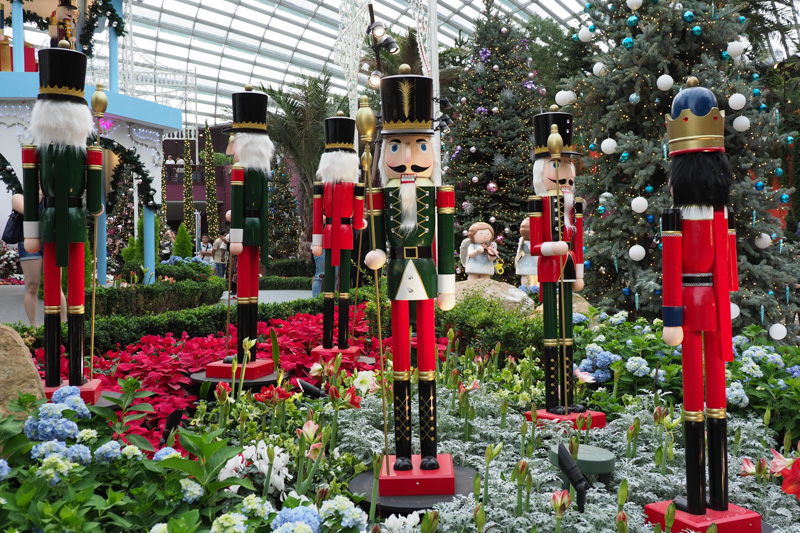 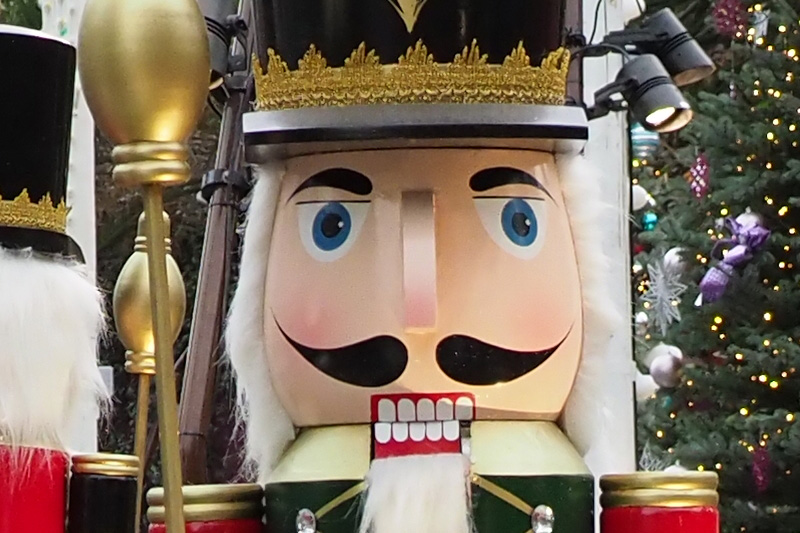 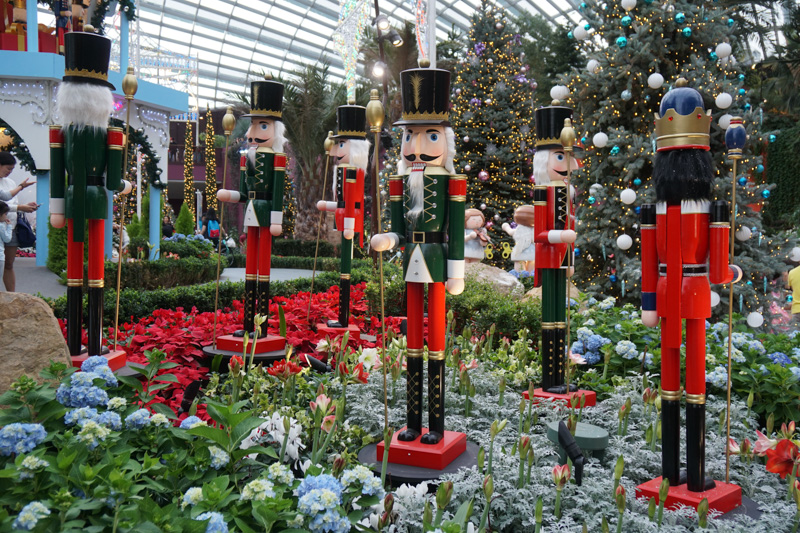 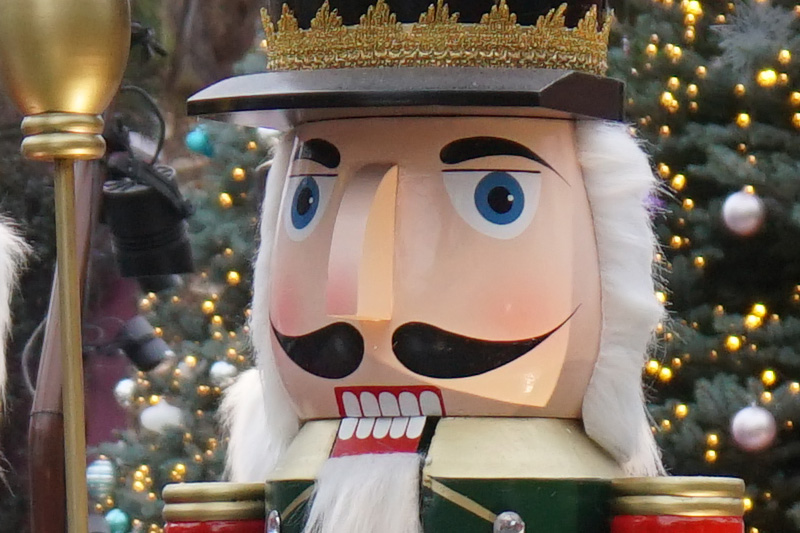 With this scene, the native white balance biases of the cameras again showed through, with the images from the D500 and the EOS M5 again coming in warmer than the rest. In this particular instance, the X-T2 is noticeably too blue, while the OM-D E-M1 Mark II and the A6500 are closer to life.

The OM-D E-M1 Mark II, A6500 and the X-T2 impressed with the amount of detail resolved. Looking at the headpiece of the nutcracker in the center, the fine detail on the crown showed up the most on the shots from these three cameras. Given that these were all taken handheld in dim light, we'd say the in-camera stabilization of the OM-D E-M1 Mark II definitely aided here.

A very slight bit of color noise can be detected in the image from the A6500, and flaring from the lights in the back is also more obvious as opposed to the images from the OM-D E-M1 Mark II and the X-T2.