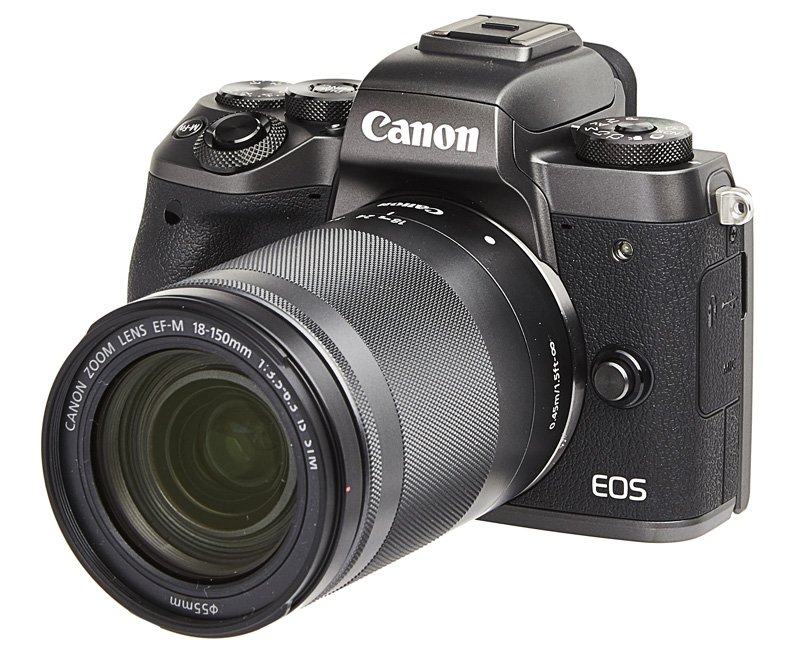 The Canon EOS M5 is the latest in Canon’s line of M-series mirrorless cameras, dating back five years to the very first EOS M released back in 2012. These cameras have previously been enthusiast-oriented offerings, eschewing full camera controls for picture modes and simple dials that you’d more likely see on compact cameras than one that allowed for interchangeable lenses.

It was a confusing approach that gave you the option of using better lenses to suit your photography style but yet didn’t give you the controls to easily take the full advantage of them. Indeed, relative to their other products, the early EOS M models haven't fared as well, so the EOS M5 represents a welcome change in approach.

This model features a 24MP APS-C sized sensor and a decidedly more SLR-like body design with a handgrip and provision for an electronic viewfinder. There’s a decent 2.36M-dot OLED option, and that’s paired with a 1.62M-dot tilting rear LCD with touch functionality. The nice thing is that the touch capabilities of the EOS M5 aren't limited in any way, so you can use it to navigate menus, select AF points, and pinch to zoom just like you would on your smartphone. 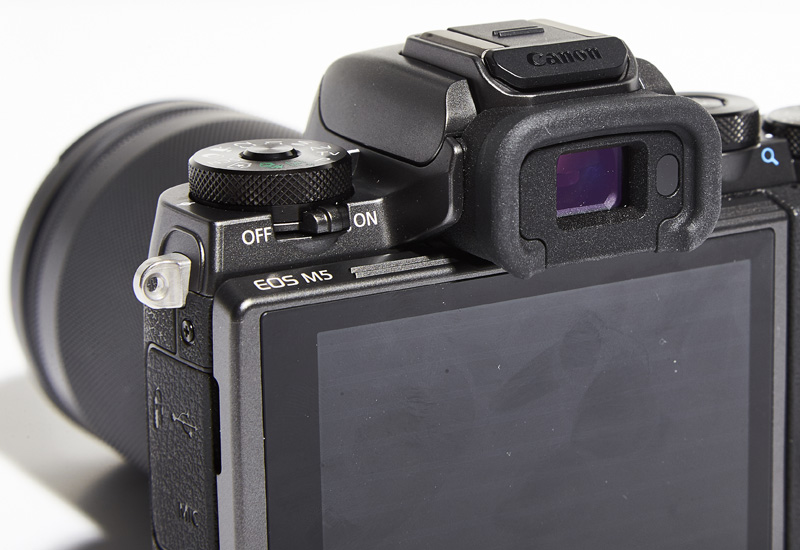 That's not to say that Canon has skimped on the physical controls though; on the contrary,  you'll find the full complement of dials and buttons on the compact 115.6 x 89.2 x 60.6mm body. So you truly do get the best of both worlds with this camera. It’s extremely easy to use despite it being the smallest camera in this shootout (and impressively packs an APS-C sensor inside for its size).

It's also apparent Canon is starting to put some of what their competitors are doing. For example, there's a new touch and drag function on the rear LCD screen that works much like what was implemented on the Nikon D5500.  When enabled, simply run a finger across the rear LCD to reposition the AF points. This works with the viewfinder up to your eyes too, thus offering a handy option for AF point placement.

Dual-Pixel AF also means that focus is also much faster with the EOS M5 compared to previous EOS M series cameras, though it still isn’t as fast as the EOS 80D or any of the other cameras in this shootout. That's probably because it has the least number of focus points – 49 – when every other camera in this category has at least 100. 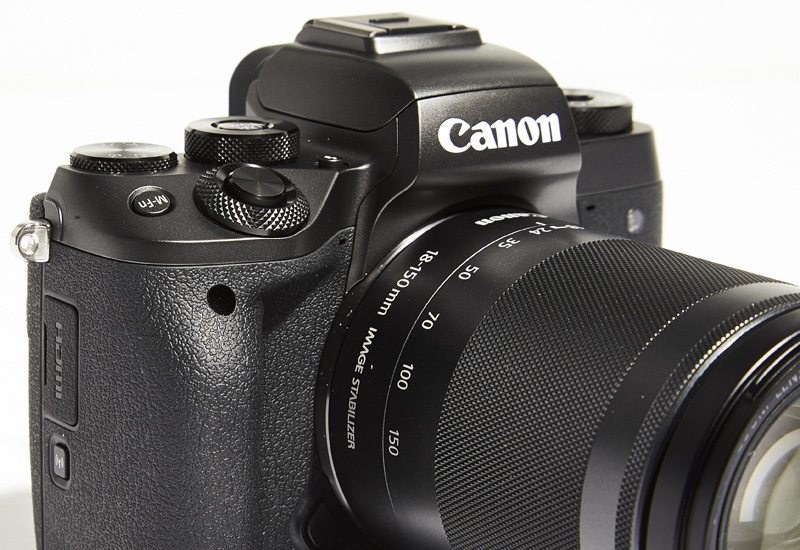 And this is where there's a caveat in terms of AF selection. Where other cameras allow you to go down to individual AF points, even the "1-point" AF option on the EOS M5 offers a rather large rectangle that can’t be resized, so it’s hard to say just how precise the focus can get.

Running on Canon’s DIGIC 7 Image Processor, the EOS M5 is capable of capturing images with an ISO range of 100-25,600. It also does continuous shooting at a respectable rate of 9.0 fps, with a buffer that allows it to capture up to 26 shots (JPEG large) before slowing down. That's less than half of what the Fujifilm X-T2 can do though, and just over 10% of what A6500 can do! Suffice to say, Canon still has quite a bit to go to catch up in this department.

The EOS M5 also lags behind in terms of video capabilities, offering only Full HD 60p recording, without zebra patterning to warn of overexposure. Thankfully though, it makes up for this by offering impressive optical (with supported lenses) and digital image stabilization.

The camera also comes with built-in Wi-Fi, NFC and Bluetooth low-energy connectivity for transferring images to smartphones, tablets and PCs. Battery life is rated for up to 295 shots on a single charge, which is unfortunately the lowest in the group of cameras compared. Its limited stamina hints that it's a camera that's meant for more casual use, though one can also argue that a smaller battery helps to keep the camera weight down. Indeed the camera is light, at 380g for the body alone.

Even in terms of price, the Canon EOS M5 is the most 'affordable' in this round-up with the body-only price tag pegged at S$1,499 and kit lens bundle options go up to S$2,099. Will the camera's lightweight, compact body and a lower entry price help it even out its standings against the big boys? Read on to find out.