Zack Snyder's Justice League is a joyless, overlong mess only for hardcore fans 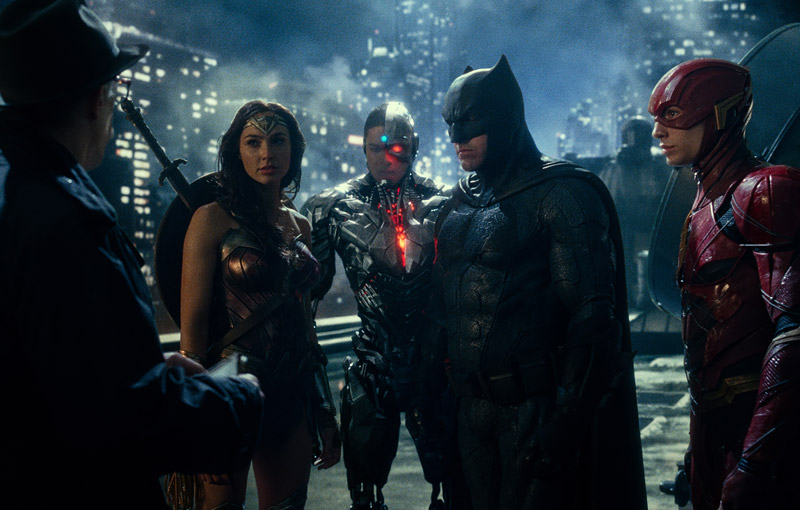 Zack Snyder’s Justice League has been a long time coming. For those unfamiliar with its story: the Warner Bros. film was originally directed by Snyder (Man of Steel, 300), before he stepped down due to a family tragedy. The studio then tapped Joss Whedon (The Avengers) to handle reshoots and the rest of production, which resulted in an awkward Whedon-Snyder hybrid hitting theaters in 2017. This version of the film was poorly received to say the least, with some fans calling out how Snyder’s vision had been sloppily painted over with something else.

That should’ve been the end of it - but after four years of tantalising rumours and extensive fan campaigning, HBO Max announced that the original ‘Snyder Cut’ would finally be released on the streaming service. Not only that, but the director would get a hefty budget to polish up unfinished CG work and do a little more shooting to include characters like Jared Leto’s Joker (among others). I’ve seen this movie in all of its four-hour glory and just to preface this review - I’m a huge fan of these characters. I’ve always been more of a DC Comics guy, despite the fact that so many of their live-action adaptations have disappointed me lately.

Zack Snyder’s Justice League somehow lowered the bar. DC Films will have to try really, really hard to do worse than this. 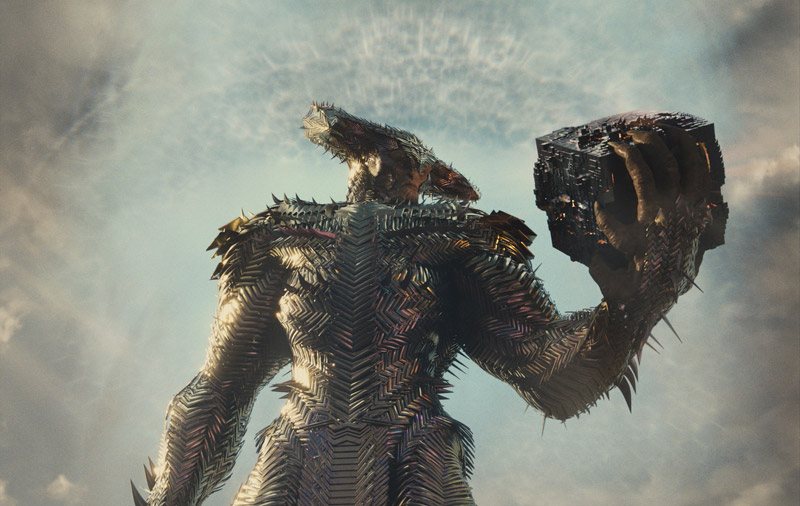 Justice League picks up from Superman’s death at the end of Batman v Superman, with a bizarre scene of his final, dying scream reaching all corners of the Earth - bringing new life to three Mother Boxes protected by the Amazons, Atlanteans and humans. It makes you wonder - what happens when the big guy stubs his toe? Or sneezes? Anyway, the villain Steppenwolf arrives on Earth with an army of Parademons after sensing the Mother Boxes’ renewed life, and seeks to bring the three of them together for a catastrophic event called ‘the Unity’.

Batman has been wracked with guilt ever since Superman’s death, and upon sensing a potential apocalypse on the horizon, sets out to bring a team of superhumans together to stop it. That’s the general gist of the film, though what I’ve just described takes almost two hours to unfold. A large chunk of the movie you saw in theaters lies here untouched, which means that the story roughly unfolds the same way - you’re not going to get any big surprises despite its whopping two hours of extra runtime (it’s four hours long). Despite his presence being touted so heavily in trailers and marketing material, Darkseid’s presence in the movie is minimal. Don’t expect much from the Big Bad.

This movie is a real jumbled mess. It’s horrifically paced, with an excruciatingly slow first half that leads into a suddenly zippy third act. Nothing flows well. Scenes like Steppenwolf fighting off Amazons to steal a Mother Box are dragged out into excessively long action sequences with frankly awful CG work. The original release cut this fluff out for a reason. If you thought the director’s use of slow-motion was self-indulgent in the past, prepare to hate it even more here. Removing all of the movie’s slo-mo action scenes would cut its runtime in half. None of this is helped by Snyder’s drab colour palette of grays and browns, which washes out the whole movie and robs it of any visual appeal.

This could’ve easily been a two hour movie, but it’s bogged down by an exhaustive amount of deleted scenes that should’ve stayed on the cutting room floor. 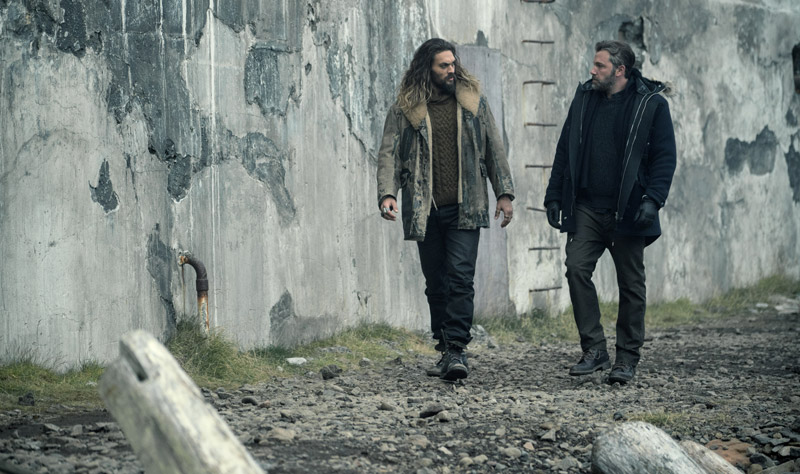 You’d hope a good story would make up for all this, but that sadly isn’t the case. The first hour of the Snyder Cut spends a lot more time fleshing out each member of the Justice League, which would've been great if it was executed well. I’d love to learn more about the Flash’s crime-busting adventures in Central City for example, but we don’t get anything like that. The most interesting stuff here is an expansion on Aquaman’s first meeting with Mera, and Cyborg’s tragic origins. The rest seems inconsequential, at best.

For example: there’s a scene of The Flash awkwardly bumping into Iris West for the first time, only to later save her from a car accident. As melancholic music plays and Iris West plunges to her doom in slow motion, he seizes the opportunity to lovingly caress a lock of her hair. You know, like a creep. Excellent character development for the scarlet speedster.

Snyder had the difficult task of introducing a whole bunch of characters and giving each of them arcs while also building up planet-ending stakes, but he just didn’t stick the landing. Aquaman doesn’t feel more developed just because he got scolded by Atlanteans a bunch of times. The Flash’s dad being behind bars is touching, but it doesn’t get brought up again until the very end of the movie. Wonder Woman doesn’t even get an arc - she just gets word from the Amazons that an apocalypse is nigh, and gets to work.

The only character who benefits from this extra screentime is Cyborg, whose presence is massively expanded upon. A pity then, that he spends most of this movie brooding and literally saying, “F**k the world,” when Wonder Woman asks for his help. Snyder has an obsession with giving DC’s brightest superheroes the darkest, most hopeless adaptations possible, but that doesn’t automatically make for a good story. 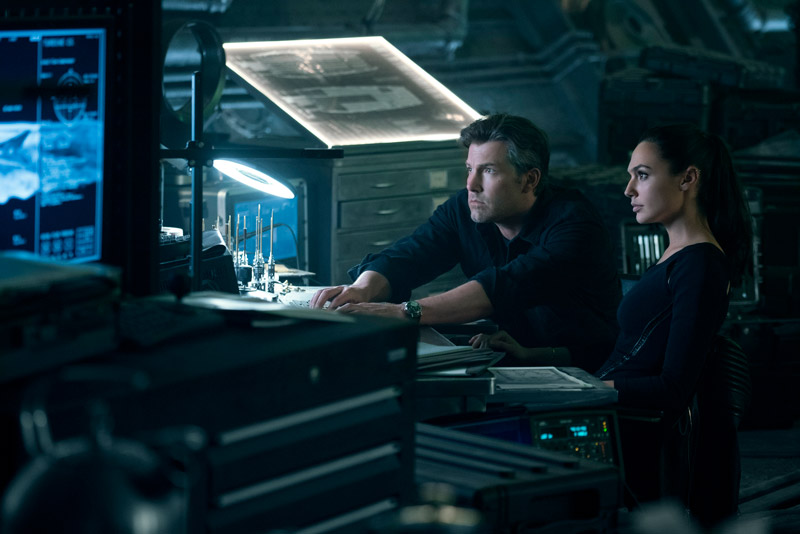 Assembling the Justice League takes up roughly half the movie, after which the story becomes slightly less of a chore to watch. The second half digs into the planet-ending stakes surrounding Steppenwolf - who’s a lot more sympathetic than the original cut. This herald of the planet-conqueror Darkseid was kicked out of his home after a past transgression, and tries his best to please his master in the hopes of getting back. The antagonist’s extra scenes with familiar faces like Desaad help layer the character, if only by a very shallow amount. Too bad his costume design is so damn awful. What is this, a PlayStation 3 tech demo? What are all the spikes for?

The best thing I can say about this movie? It has 200% more Jeremy Irons as Alfred Pennyworth, and that’s 500% a good thing. Alfred steals every scene he’s in - whether it’s micromanaging Wonder Woman while she makes tea or nervously greeting Superman for the first time. He’s fantastic, and it would be a real shame if this is the last time we see his interpretation of the character. Ben Affleck is on the opposite end of the spectrum, giving a downright wooden performance as he mumbles and mutters his way through most of his scenes. I’m a huge Superman fan, so seeing Henry Cavill in the suit again was a huge part of why I tuned in - and lo and behold, DC’s most hopeful superhero gets all the light sucked out of him yet again.

For a movie based on comics, Justice League has a remarkable level of disdain for its source material. There’s a scene in which Clark is presented with a colourful variety of Super-suits and deliberately goes for the blackest, dullest one (permanently) - and I think that serves as a wonderful microcosm of how much Snyder misunderstands these characters. At one point, during a flashback, we even see a Green Lantern fly into the sky and fire laser beams at Darkseid’s forces without once summoning a construct. They’re…Green Lanterns. Making objects appear out of thin air using sheer willpower is their whole thing, but you’re treating them like they’re waving around laser pistols. Sheesh. 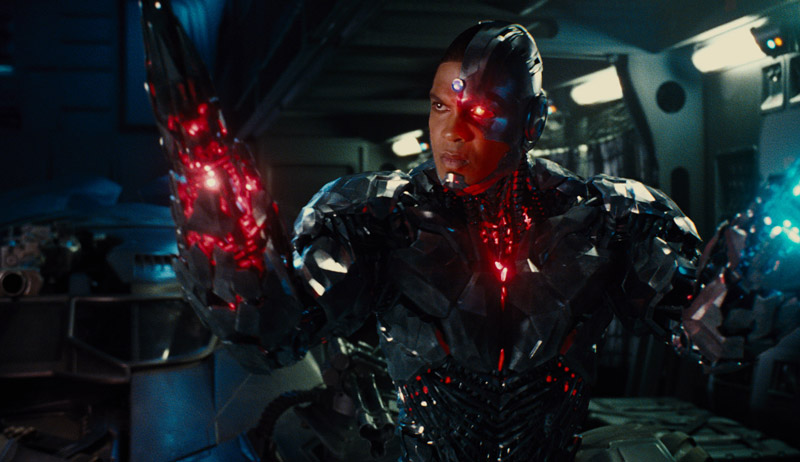 Zack Snyder’s Justice League is an arduous four-hour long chore, and my reward for watching it is that I never have to again. Overlong movies like these really make me appreciate the Lord of the Rings trilogy - which are similar in length, but have much more to say. They actually scale well to their jaw-dropping size, whereas Justice League feels like it’s wandering aimlessly for hours at a time.

I’m genuinely happy for Snyder, who’s finally able to deliver on his vision for a movie fans have anticipated for so long. Who knows? If you were a massive fan of Man of Steel and Batman v Superman, this might be right up your alley. Personally however, I’m tired of his take on these superheroes and ready for the DC universe to head in a completely different direction. From dull, pasty visuals and slo-mo action to sluggish storytelling and uninspired character design, there’s very little worth salvaging here.

It’s time for the Justice League to move on.

Zack Snyder’s Justice League will be available exclusively on HBO GO day and date with its HBO Max-exclusive premiere in the US, on 18 March 2021.