Wrath of Man Review: A confusing revenge thriller that can't come up with a good punchline

It's a pretty awkward show 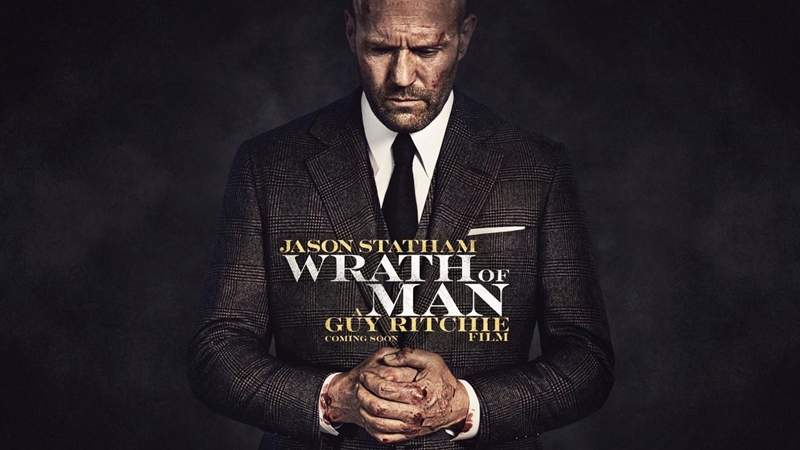 Frankly, if you want me to watch a film, there's no need to bundle me up into the back of a van and threaten me at gunpoint. All you actually have to do is show me that Jason Statham is on the movie poster.

Yup. Ever since my dad brought me out to watch F. Gary Grey's The Italian Job way back in 2003, the famously bald actor has been one of, if not my favourite Hollywood action star. After all, his penchant for playing the "grizzled, highly-trained operative"-type of character, such as Frank Martin in The Transporter and more recently Deckard Shaw in the Fast franchise cannot be understated.

It's not just because of his rugged looks, either - he has that rather satisfying mix of charisma and straight-up badassery matched only by a handful of other actors, like Liam Neeson in Taken and the ever-breathtaking Keanu Reeves in the John Wick movies.

Unfortunately, when it comes to Guy Ritchie's newest revenge thriller Wrath of Man, I felt that his performance as H lacked the tactical "punch" that he usually needs to capitalise on in his films, but it certainly wasn't the only thing that didn't hit the bar. The film itself was guilty of that too - awkward, rushed, and overly ambitious at some points, it was almost like watching a train wreck waiting to happen.

It's confused. And so are we.

Throughout the film, it tries to pack in so many different tropes within its "carriages" that the entire thing just derails on its own. On one end, WoM wants to be a revenge thriller, but on the other, it's simultaneously trying to be an "abstract masterpiece" fit for the Louvre, all the while giving so much screen time to the "villains" that Mr. Statham's situation arguably becomes the side plot.

To be fair, the movie manages to capture the audience's attention for the first half-hour or so, but unfortunately, that's probably the best it has to offer. It opens up relatively normally for such a film, showing off the mysterious H (Jason Statham) as the newest hire at a security agency that handles the escort for money trucks. Much to his colleagues' amazement, H demonstrates some serious combat skills when armed robbers attempt to hijack a truck, and he quickly becomes something of a role model within the agency because of that success. Needless to say, it's all made a lot more badass by Mr. Statham's trademark smouldering glare. 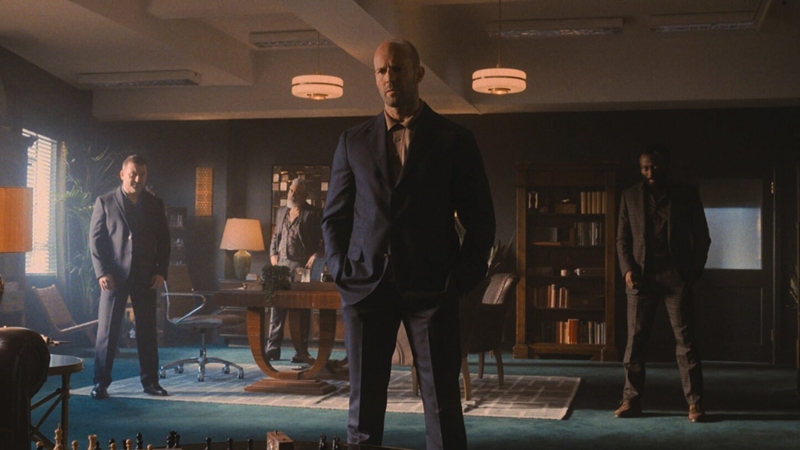 However, the movie abruptly shifts back in time several months, and it is revealed that H isn't your average dude. He's actually a crime boss who's trying to track down the armed robbers who murdered his son, and is using his position at the agency to test the waters. While such a narrative setup is predictable and well-worn, it's one of those elements that I personally don't mind seeing again by virtue of this being a revenge thriller. Family-based motivations are always intriguing and relatable, with the latter being integral to getting audiences "on the protagonist's side", in that sense.

Oh, come on - taking revenge for your kid is a perfectly fine movie trope. After all, we all went to watch a guy shoot other guys because they shot his dog, didn't we? And we all loved it so much that we watched the next two films too. 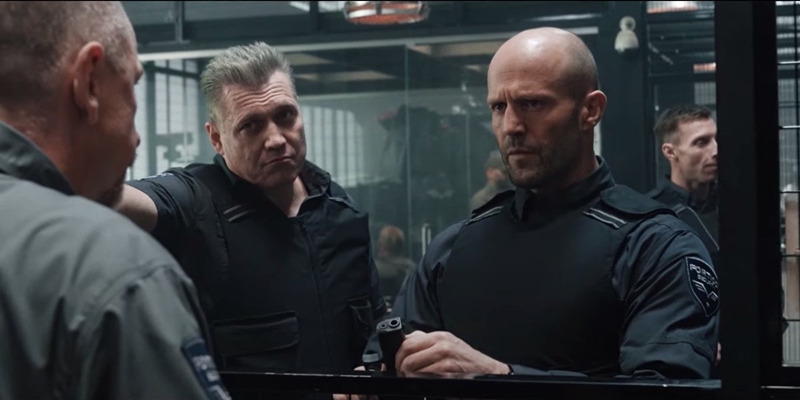 Anyway, while I am okay with the premise of the narrative itself, what I am NOT okay with was how it was depicted. Having a time skip or two within a movie to showcase characters' backstories is all well and good, but it becomes confusing as heck when every other scene kicks off with a time skip or a flashback. And they aren't alternating between the same two periods, either.

You could jump back six months, then jump forward three weeks, and then jump back again by another two months. It's honestly hard to keep track of everything that's going on beyond the bare minimum, and the worst part is that after H's existence as a crime boss is revealed, that element is no longer brought into the picture. As far as audiences are concerned, it's like his underworld status and more importantly, his henchmen just disappeared overnight, and that's as lame a build-up as you can get this side of the galaxy.

To be fair, Mr. Statham did a relatively good job of portraying this part of his character. Specifically, he was able to bring forth the pain and hopelessness of a man having failed to protect his child from danger, and it was by far the only thing keeping me focused on the movie, apart from the occasional shootout. 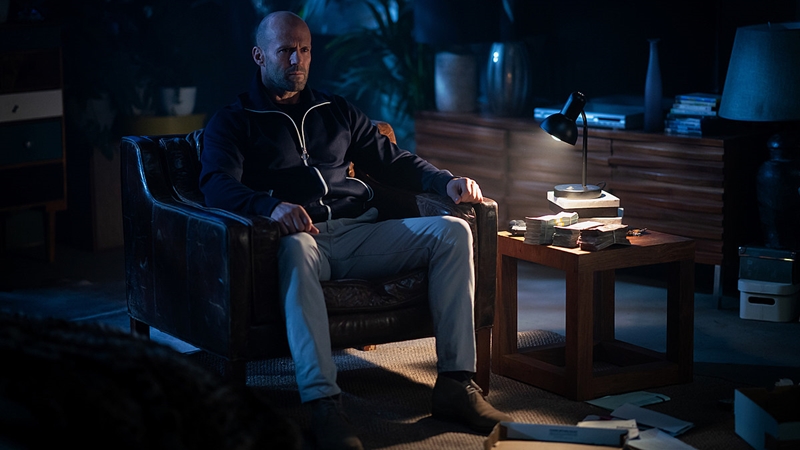 Speaking of shootouts, let's put H's circumstances aside for a moment and focus on the game's antagonists, which arguably have so much screen time that they might as well have been the protagonists. Here, you could say that the main villains are rather straightforward as well - a bunch of highly-trained mercenaries looking to "get rich quick" by making a once-in-a-lifetime heist, and naturally, there's always that one trigger-happy guy who's slightly off his rocker. To add on, this group actually has a decent cast with people like Scott Eastwood and Jeffrey Donovan on the payroll, which makes it that much more unfortunate that they weren't really given the right space to excel.

To its credit, WoM does expand on its antagonists' backgrounds significantly more than most other action films, but at the same time, it commits just a little too much. Most of the film is spent seeing how this crack team of operatives plan and execute their heist, though the actual execution is given so little room to shine that it doesn't feel much more than an exaggerated bank robbery. So, for those who were expecting creative tactics and unorthodox methods like those you might see in a Fast movie, it's best not to get your hopes up. 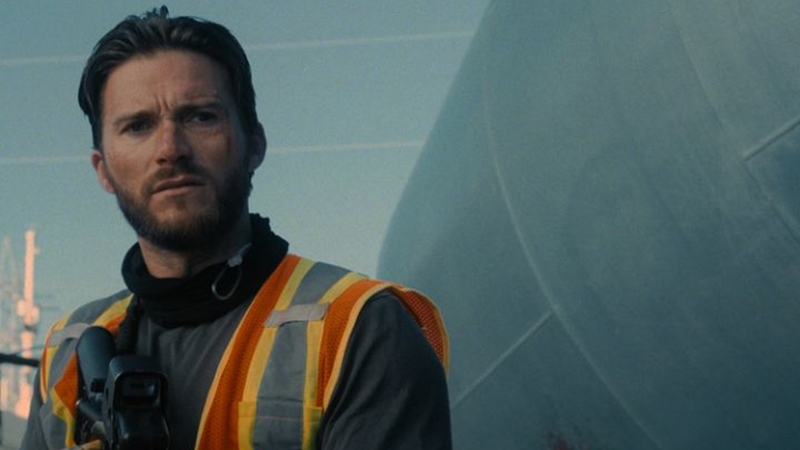 And now, we've reached ground zero. Pass me the shovel folks, because we're going even deeper. As the narrative (in the present moment) nears the climax, on one side we've got H with his impressive medley of skills and his revenge-fuelled motivations, and on the other, we have a team of mercs and a rather crazy dude.

Naturally, you might be expecting that this is where H comes in and saves the day in typical Jason Statham fashion, using his wits and tactical expertise to take down the baddies. "That just might be enough to make the movie worth watching!" you think, and that's what I thought as well. Simply put, we're both wrong, so instead of raging at the disappointing lack of actual action and risk spoiling too much of the movie, I'll just say you're probably going to get far less excitement than you bargained for. 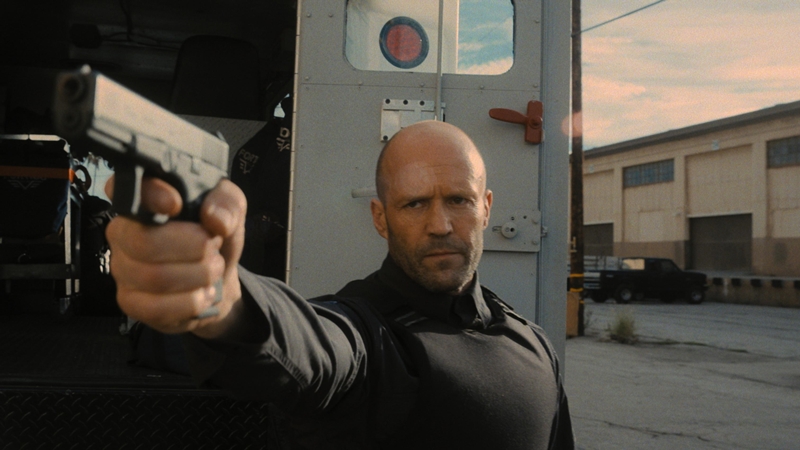 So add it all up, you've got a Jason Statham movie that not only features way too little of him but at the end of the day, you can't even provide some incentive for audiences in the form of a good, solid fight? The fight sequences are so unimpactful and basic that they almost feel like a Y8 flash game, and while there are several snippets where H does show off some of that impressive combat proficiency, they often end way too fast for the adrenaline to really set in.

Couple that with the surprisingly unimpressive use of various characters (including its protagonist), a half-hearted attempt to be a deep, engaging narrative, and there you have it. I'm not mincing my words for this one: it's just not worth the effort. Disappointing as it is, I feel Wrath of Man is a far cry from the best that the revenge-thriller genre has to offer, and not even Jason Statham's immense aptitude for rugged, mysterious characters like H is really enough to salvage it. 5/10 is probably the most that I'll give it.