Review: The Witcher: Nightmare of the Wolf is a bloody must-watch for fans

Review: The Witcher: Nightmare of the Wolf is a bloody must-watch for fans 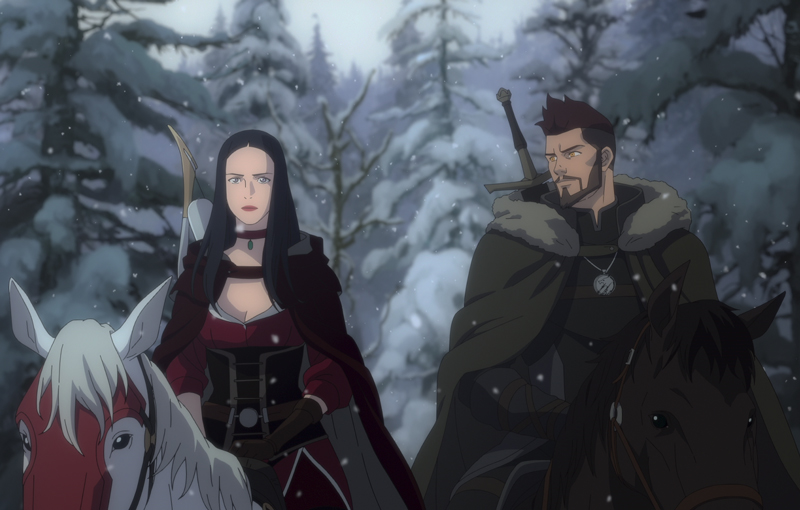 Netflix struck a goldmine with The Witcher, and boy don’t they know it. The streamer now has three Witcher projects: a spin-off series called Blood Origin, a second season of Geralt’s adventures and an animated film titled Nightmare of the Wolf. While the former two are going to take some time to hit Netflix, I was lucky enough to watch Nightmare of the Wolf ahead of its release later this month. Maybe I even watched it twice, sue me (don’t sue me).

The Witcher: Nightmare of the Wolf is set before the events of The Witcher, back when the Continent was positively crawling with monsters, and thus humans still had urgent use for witchers. The story follows Vesemir, a young witcher who would later come to mentor Geralt. The life of a witcher was once exciting and luxurious enough to justify hunting dangerous and bloodthirsty monsters on a regular basis, but what happens when someone as carefree as Vesemir is forced to reckon with a much more personal threat?

Nightmare of the Wolf makes for an interesting departure from the timeline we’ve become accustomed to in the main series. The world building and gory battles packed into this film will surely please fans, though they’ll have to look past some clumsy pacing and predictable plotting for it. Getting Studio Mir on animation duty always helps, and they certainly don’t disappoint here.

Vesemir in his prime 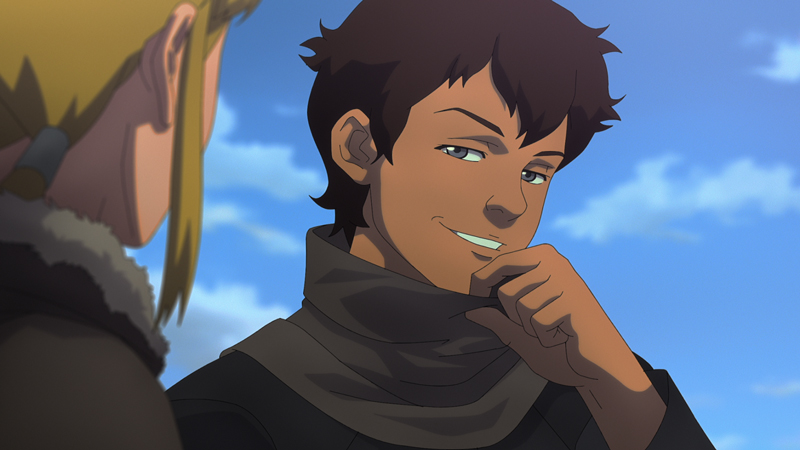 After an event known as the Conjunction of the Spheres turned the Continent into a bizarre collection of elves, dwarves, humans and monsters, witchers were created to beat back the bloodthirsty creatures threatening the lives of more civilised folk. We met Geralt at a time when witchers have become something of a dying breed, in a world where monsters are dwindling in numbers and coin is hard to come by. As such, humans have grown wary and even hateful of witchers - viewed as mutants who are slowly losing their purpose.

It’s a rather depressing time for the Continent all around, but Nightmare of the Wolf turns back time to show us a different perspective on things. Back when Vesemir was a young and justifiably arrogant monster slayer, he was given money and luxury in spades - which just goes to show the Continent’s constant state of flux. Vesemir will soon pop up in The Witcher Season 2 as a grizzled, veteran witcher who joins Geralt and Ciri’s adventures - but this movie aims to portray Geralt’s mentor and his fellow witchers in happier times.

That makes Nightmare of the Wolf a must-watch viewing for fans of The Witcher (even if its creators assure us otherwise), and it doesn’t disappoint. Even in an animated format, this Witcher story pulls no punches. The brutal opening minutes see Vesemir fight with a Leshy (or Leshen, one of my favourite creatures from The Witcher 3), a forest spirit that finds little issue in tearing apart a carriage full of adults, and their children for good measure. Tone-wise, this movie is more Castlevania-like than Legend of Korra, its story riddled with F-bombs and doused with buckets of blood. That’s exactly what a Witcher story should be like, and I love that Studio Mir had no issue pushing their animation to match the main series’ edge. 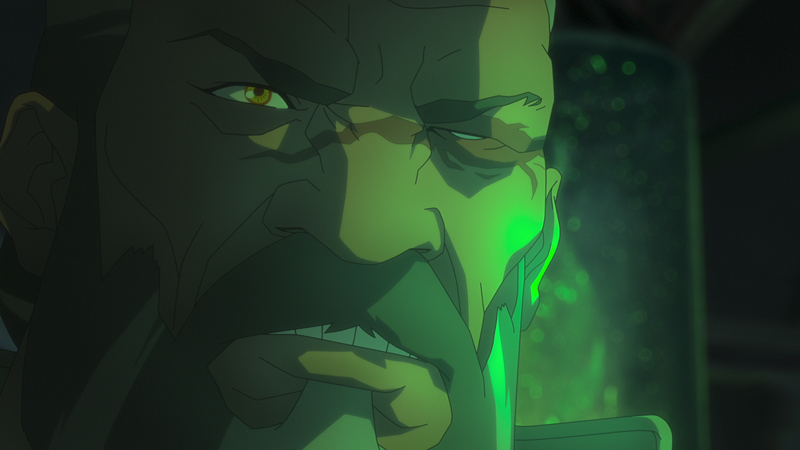 Nightmare of the Wolf has a lot to set up and for the most part, it does this well. Vesemir is the star of the show, and the movie guides us through his life via flashbacks, beginning with him meeting a witcher as a child and later training at Kaer Morhen. Through this, we learn the finer details of witcher culture, as unpleasant as it is to visually study. Young children are thrown into the wild and butchered in barbaric tests, and then put through ‘the Trial of the Grasses’ that give them unique mutations and consequently, the magical abilities witchers need to dispatch monsters.

In the present timeline however, Vesemir is given a job that sees him confront old relationships and a fearsome new threat to the Continent. Unfortunately, there’s a lot more to love in the world building of this story than its characters. The movie doesn’t give us much insight into Vesemir as a person - only that he has Geralt’s morals, and his loyalty to his friends. Besides his wisecracking, swashbuckling personality, there isn’t much there to separate the two. He doesn’t grow or change very much over the course of this story, and thus lacks depth. That changes slightly by the time the big climax swings around, but by then it’s too little too late. 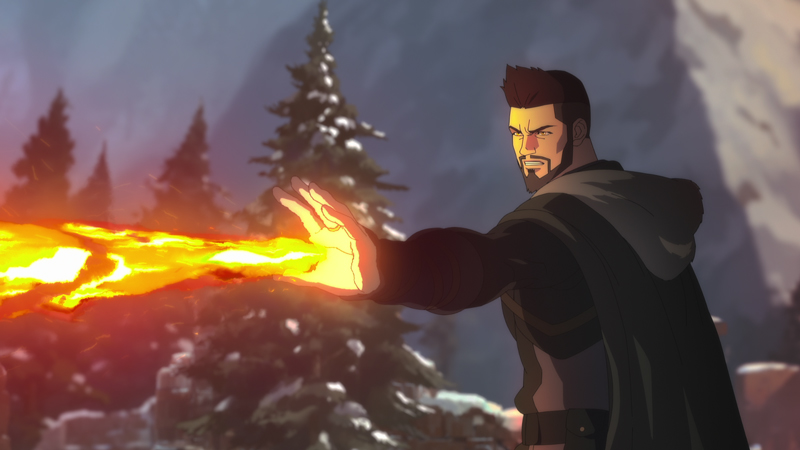 Nightmare of the Wolf drags its feet around the 30-minute mark, bogged down in flashbacks and predictable plotlines that don’t feel terribly interesting. It’s saved by some great voice acting from Theo James, who breathes life and personality into the fun-loving Vesemir. Graham McTavish is predictably great as Deglan, Vesemir’s mentor - though he disappears for a big part of the story. Lara Pulver was great as Princess Mirana in DOTA: Dragon’s Blood, and she is great again here as Tetra, a woman who bears a grudge against witchers - so of course she ends up going on a roadtrip with Vesemir. We also meet Lady Zerbst (Mary McDonnell), a childhood friend of Vesemir’s who, unlike him, has aged considerably since their last meeting.

Stick with it however, because Nightmare of the Wolf picks up steam towards its third act, culminating in a huge extended battle that pits the main cast against all sorts of horrors. Obviously, I’d rather not spoil anything - but this was where both the writing and animation got to shine. The final battle is loaded with personal stakes relying on your investment in these characters, which I greatly prefer to typical end-of-the-world fare. A massive battle plays out, with impressive action sequences animated by Studio Mir. Unless I’m mistaken, this is the studio’s first film they’ve fully produced on their own. If so, this is a very promising first step towards, hopefully, more Witcher projects in their future. 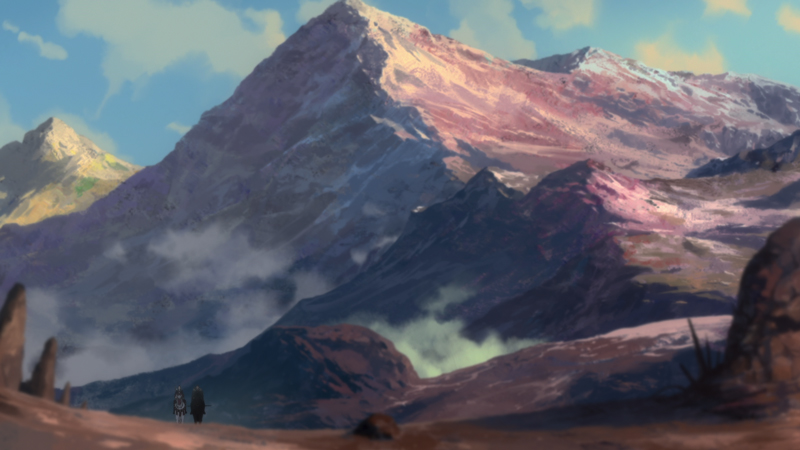 The Witcher: Nightmare of the Wolf is a must-watch for fans, its story building upon the Continent as we know it and eventually feeding into Geralt and Ciri’s soon-to-come trip to Kaer Morhen. Studio Mir impresses as always with fluid action and breathtaking backgrounds, and their character designs are brought to life by an equally strong main cast. Where this film falters is its writing - with predictable twists and turns, and stagnant characters who don’t grow much over the course of the story. Vesemir does prove interesting enough for an entire film based around his origins, and I look forward to seeing him turn up in the main series eventually.

The Witcher: Nightmare of the Wolf hits Netflix on 23 August, 2021. We also interviewed the movie's creators - check that piece out here.