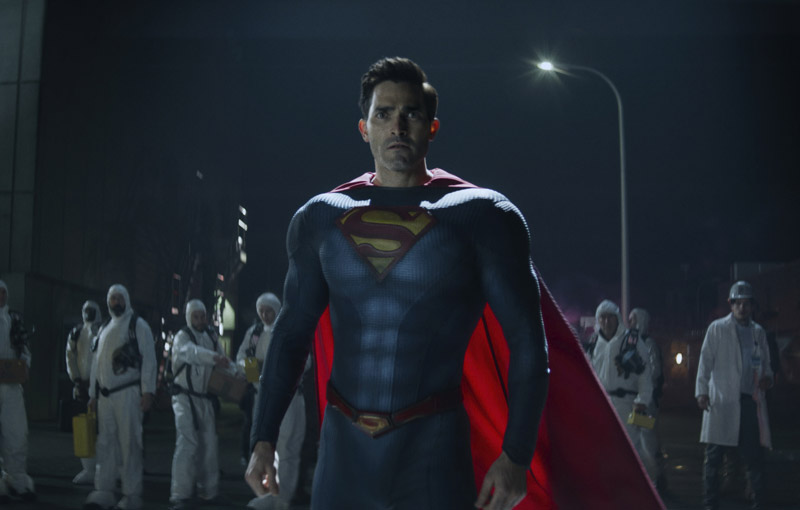 As you can imagine though, it’s been really difficult to be a fan of Supes outside of his comics lately. NetherRealm’s Injustice games are built around Superman being an evil killing machine. Zack Snyder’s flicks have Henry Cavill play Superman the same way he plays Geralt of Rivia - grumpy and murderous, with naught but a smile. Rocksteady’s new game Suicide Squad: Kill the Justice League has Superman reduce an innocent soldier to ashes. It’s almost as if people don’t know how to make Superman interesting without painting him as some grimdark deity, the exact antithesis to his actual personality.

When I heard that Tyler Hoechlin’s Superman was spinning off into his own series out of Supergirl however, I was ecstatic. Hoechlin has nailed his portrayal of Superman from day one - a powerful, optimistic force for good when he’s fighting side-by-side with his cousin Kara, and a blumbling, specky mess when he’s reporting from the Daily Planet. The good people at Warner TV have not only given Hoechlin his own series to thrive in, but one with a pretty sized-up budget that looks much bigger and prettier than the other superhero shows they’ve pumped out in recent years. Yay!

And…they made him sad again. Damn it. 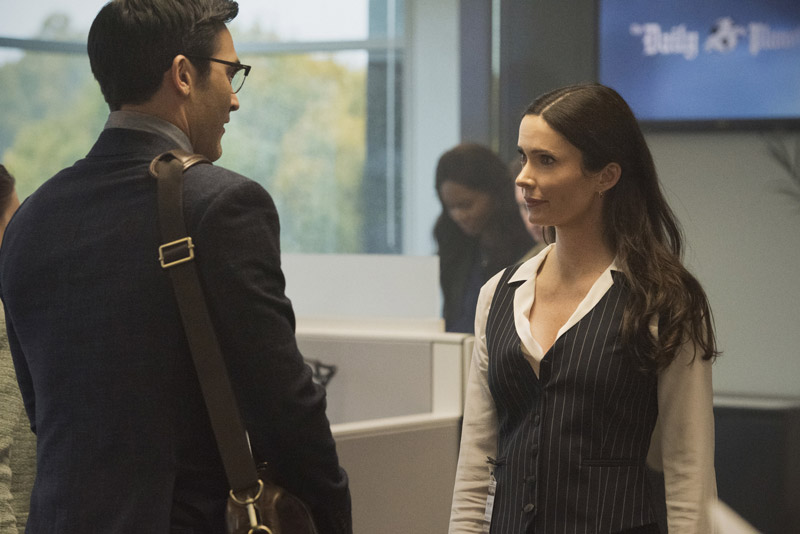 Superman & Lois’ hour-long pilot actually starts off pretty strong, speeding through the Man of Steel’s origin story within a minute - because let’s face it, we practically have it memorised at this point. The story picks up sometime after the Arrowverse’s big Crisis of Infinite Earths crossover - which is important, because it caused a couple of big retroactive changes to the DC universe. One relevant example is that Lois and Clark no longer have a baby together - they have two teenage sons. Only the latter is aware of this sudden change, though it never comes up as a plot point, weirdly enough.

In this new timeline, Lois and Clark have been together and married for more than a decade, raising their sons in the hustle and bustle of Metropolis. You have Jonathan Kent, who ends up being Superboy in the comics, portrayed here as a high school jock whose entire personality revolves around being good at football. His brother Jordan Kent was diagnosed with Social Anxiety Disorder from a young age, and enjoys playing Injustice 2 in his spare time. He prefers playing Raiden to ‘boring’ Superman though, much to Clark’s dismay. 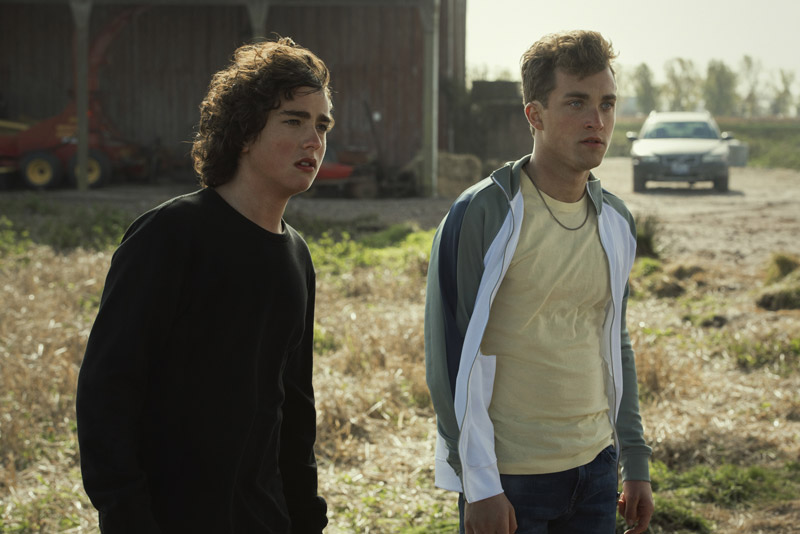 I actually really loved this show’s emphasis on family - though I understand that some might feel it’s too grounded for a man who can literally fly. Peter Tomasi and Patrick Gleason’s DC Rebirth Superman comics proved that the Super-family could revitalise the Man of Steel’s appeal and open up doors to new stories, without turning him evil or unbearably grim. It feels different and interesting, advancing Superman’s mythology in all the right ways.

The issue lies in the execution. It’s almost comical just how much grief and sorrow the Kent family goes through in the span of an hour, and how much angst these teenage boys radiate everytime they’re on screen. It’s almost like the show is constantly trying its best to make Clark as unhappy as possible - whether it’s his son Jordan pulling further and further away from him, or a sudden tragedy that hits close to home. No one reacts to anything normally in this pilot, either. Horrible things happen to Clark for plot reasons, and he gets over them almost immediately. Two characters share a romantic kiss after an emotional confession about mental health issues - because we all know how sexy poor mental health is.

And I draw the line at Clark’s own sons not knowing he’s Superman. Just because he wears glasses? Did he raise a pair of idiots?

It looks good, though 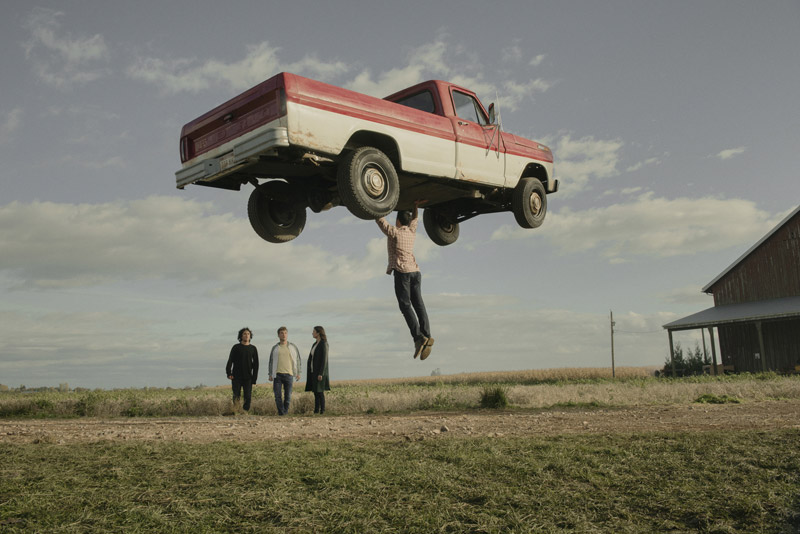 Setting aside sad Superman, this series has some pretty impressive visuals. Showrunner Todd Helbing previously confirmed that Superman & Lois was made like a feature film, saying, “We are competing with shows on cable and streamers…we wanted to be able to do that and offer audiences something of equal quality.” In that, they have succeeded. The only other series on Warner TV that comes close to Superman & Lois’ visuals is Stargirl, and even then, Stargirl had been made for a streaming service first.

It’s not just the effects - though those are pretty great. The cinematography and set design come together beautifully here, making for a series that looks way, way better than Supergirl or any of its peers. Near the beginning of the pilot, Superman lifts a massive iceberg and drops it into a power plant - which seems… unsafe, to say the least - but the effects are jaw-dropping for TV standards. The entire episode is elevated by this ‘premium’ approach to Superman & Lois’ visual storytelling, framing tense dinners and small-town drama in ways that feel big and intimate at the same time. This doesn’t mean that going from the bustling Daily Planet office to the Kent farmhouse feels anything less than a downgrade, though.

I know some weren’t sold by Hoechlin’s Superman from his previous appearances in the Arrowverse, but I think he really sells the role here - just as well as he always has. His new suit is a huge upgrade too, finally losing the weird cape buckles. Although he doesn’t get much opportunity to show it in this angsty opener, his Superman is sweet, oafish and somewhat uncomfortable with his popularity. He shares an easy chemistry with Elizabeth Tulloch’s Lois Lane - who’s equally well-cast, but gets weirdly pushed into the background for most of the pilot. This is Lois Lane, fearsome journalist and truth seeker, but Superman’s absence in the household leaves her encumbered with parental duties. Hopefully, the rest of this season treats her better.

It’s hard to judge a show by it’s pilot. Sometimes, a show gets better. Sometimes, it gets worse. One episode isn’t enough for me to judge Superman & Lois as a whole, but I will say that its premise is already stretching pretty thin. How long can Clark juggle his work and family? Who is this villain going around attacking nuclear power plants? Will Jonathan Kent experience the epic highs and lows of high school football?

The real question is: is any of this interesting enough to keep viewers coming back for their weekly dose of Kent family drama? I guess we're about to find out.

Superman & Lois premieres the same day as the U.S. on 24 February at 9pm exclusively on Warner TV.