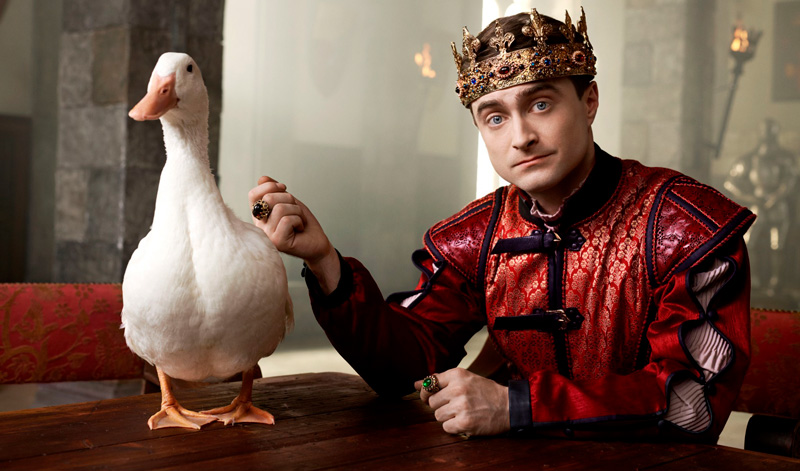 Miracle Workers: Dark Ages shouldn’t work. It really, really shouldn’t. It’s the sophomore season of a comedy that started with an incredibly wild concept: A bunch of angels in heaven trying to save Earth from a blundering mistake made by God - played by Steve Buscemi. There’s very little space to go wrong with a premise so ripe for comedy, and Season 1 really nailed it. Sure, it had its fair share of issues, but it was also funny, sweet and bolstered by a great cast.

Season 2 immediately dumps everything that made the show so great. The setting has changed from heaven, to Earth in the dark ages. Where Steve Buscemi previously played God, he now plays a poop-shoveller. Where Daniel Radcliffe played an awkward, wimpy angel, he now plays a spoiled prince. Showrunner Simon Rich has decided to make Miracle Workers an anthology series, with each season having a wildly different premise while actors play a completely new set of characters.

Going from angels in heaven to peasants in the muddy middle ages shouldn’t work... but it totally does. While the roles have been shuffled around, most of the main cast will still be familiar to those who enjoyed the show’s brief stint in heaven last season. Geraldine Viswanathan plays the lead - a character literally named Alexandra Shitshoveler. She’s the daughter of Edward Shitshoveler (Steve Buscemi) and sister of Mikey Shitshoveler (Jon Bass).

Alex and Edward’s father-daughter relationship quickly becomes the heart of the show. While Alex is clearly a cut above her not-so-intelligent peers and yearns for education and change, Edward is resistant to any form of change whatsoever. He’s stubborn to the point of painstakingly using a tiny shovel to scoop the village’s various droppings - purely because his father had taught him that a harder life was a better one. Buscemi is fantastic at turning your annoyance into sympathy for this poor old dad, and Viswanathan serves as a great foil to the other villagers' antics throughout the show.

On the other end of the village’s hierarchy of power rests the royal family. Completely unattached to the poop-shovelling woes of the peasants beneath him, King Cragnoor the Heartless (Peter Serafinowicz) works diligently to keep the threat of war at bay. He completely ignores his only son, Prince Chauncley the Pretty Cool (Daniel Radcliffe) - who would rather play with his various ducks than play politics with his dad, anyway.

This is a pretty funny show Can I just say that Daniel Radcliffe was born to play comedic roles? Watching him in this series is somewhat akin to watching Jon Hamm go from the drama of Mad Men to the slapstick comedy of Unbreakable Kimmy Schmidt. It’s a perfect heel-turn for both actors, and Radcliffe gets to flex his comedic muscles big-time here. Seeing Harry Potter himself act like the wimpiest prince in the plane is such a novelty. Bits of character development are fed to Chauncley as well, so he never really feels one-note.

In fact, this show is never content with keeping its characters in cages throughout the season. The moment a character starts to feel grating, they grow and change, becoming more likable as a result. This is a comedy that doesn’t really lean on negativity and villains to throw comedic punches. It’s just focused on the main characters getting into wild shenanigans and learning things along the way, and that makes for a wholesome watch. 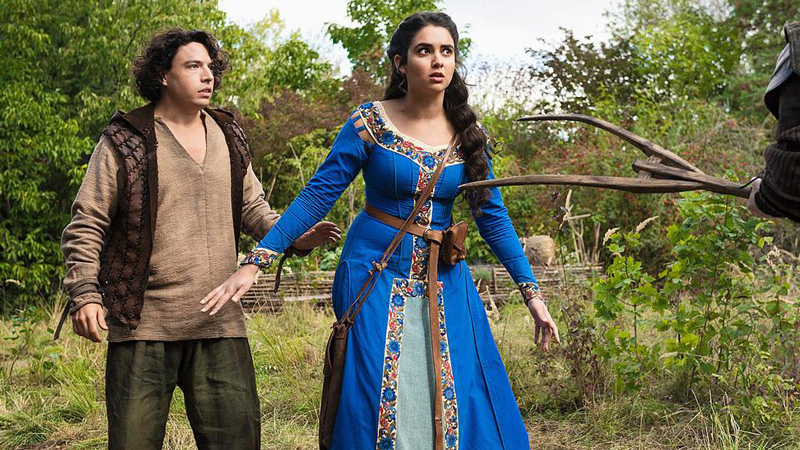 If you’re not in the mood for a Game of Thrones-style comedy, fear not. This season is about as far removed from a traditionally medieval-themed show as you can get. Simon Rich has decided to inject the dark ages with as much modern bite as possible, to the point where pubs even have bar trivia nights - with questions such as, “Which hunky emperor is known for his juicy, trashy ass?”

I didn’t make that up, I promise.

That being said, the show never hesitates to poke fun at the time period. Characters casually remark that they’re going to take some opium and go to bed. Someone with a bad haircut yells, “I knew it!” when the man running a clinic/barbershop is revealed to be a fraud. Sure, your bad haircut is proof of that - not the ten dead people around town with clinically prescribed leeches stuck to their faces. Miracle Workers: Dark Ages is pretty funny, and a fairly wholesome way to spend a half-hour. The change in story and setting hasn’t quite sold me - due to the first season having had such a novel concept and compelling premise that Dark Ages struggles to live up to. The first season was a race against time to save the entire planet, but so far? I can’t quite tell what this season is even about, three episodes in.

Still, having the main cast actually be physically in the same place this time around was a great choice, and allows the show to flaunt their effortless chemistry together. The jokes might not always land, but you'll wind up watching it all for the characters anyway.