PSA: Own a Dell? You may want to update its security urgently
Feature Articles

Review: Mortal Kombat has lots of fan service to offer but not much else

Review: Mortal Kombat has a lot of fan service to offer and not much else 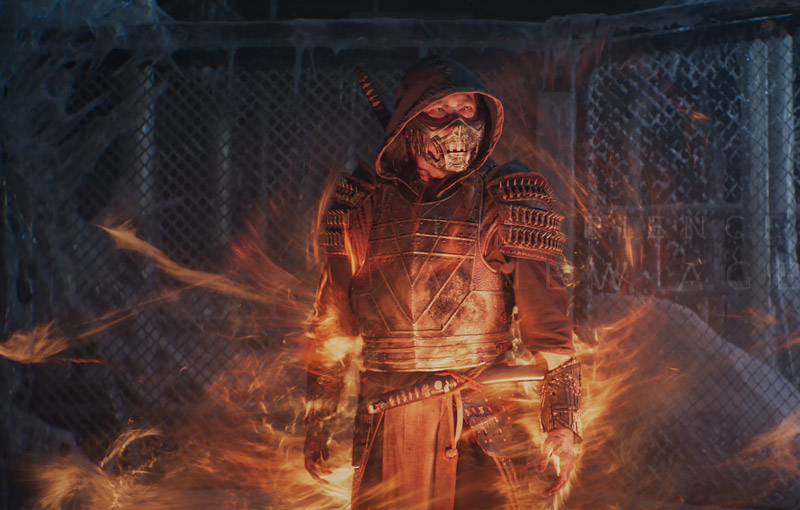 Warner Bros. Pictures’ Mortal Kombat movie adaptation is finally upon us, and I’ve been looking forward to it for quite some time. The fighting game franchise it pulls from is absolutely legendary, populated with a wide roster of iconic fighters who derive great satisfaction from beating each other to death as violently as possible. You wouldn’t think a series of fighting games would be so primed for a movie adaptation, but these colourful characters and the fantastical worlds they live in make it so.

Despite this, I wasn’t expecting too much from this Mortal Kombat movie. Even the games' recent story campaigns have been, at best, good cheesy fun with spectacular visuals. The 1995 movie adaptation is nestled somewhere in the 'so bad it's good' space for most fans, so there’s nowhere to go but up. Unfortunately, the new Mortal Kombat’s bland lead, jumbled pacing and underdeveloped characters leave much to be desired. Fans of the games will still find joy in its bloody fatalities and various easter eggs - but this isn’t the movie I wanted it to be.

While Mortal Kombat 11 (the game) is off dealing with time travel shenanigans, the Mortal Kombat movie takes things back to basics. The movie begins in Japan, following the ninja Hanzo Hasashi aka Scorpion, as he goes about daily life caring for his wife and two children. Tragically, this tranquillity is cut short by a bloody ambush from the Lin Kuei clan of warriors who seek to end Hanzo’s life for reasons unknown. This opener sets the tone for events to come effectively, but it also sets Scorpion up to be a much more important player than he actually ends up being.

Bafflingly, one of the series most recognisable character only appears in just roughly 5-10% of the movie. Hanzo pretty much gets thrown away after this opening scene, only to be brought back much later in an admittedly hype-inducing fight scene. Hiroyuki Sanada absolutely slays the role of Scorpion too, which only makes his miniscule presence in the story all the more disappointing. As Hanzo, he’s an empathetic and utterly badass ninja with leading man potential - and as Scorpion, he’s an unwavering force to be reckoned with. Joe Taslim also plays an intimidating, though fairly shallow villain in Bi-Han aka Sub-Zero. Though most of the Scorpion/Sub-Zero duel was shown off in this movie’s trailers, it still hits the spot. I’ll never get tired of watching these two ninjas duke it out.

The main plot largely follows MMA fighter Cole Young, an original character who suddenly finds himself thrust into the world of Mortal Kombat. The tenth Mortal Kombat tournament is about to begin, and it will decide the fate of Earthrealm (our world). If Shang Tsung’s warriors win, they’ll take Earthrealm by force. If the thunder god Lord Raiden's warriors win, Earthrealm will be saved and Shang Tsung’s hostile takeover will be snuffed out before it even begins.

To save Earthrealm, Raiden assembles and trains a team of warriors: Cole, Sonya Blade, Jax Briggs and the incredibly Australian mercenary Kano. He complains that these inexperienced, pre-chosen warriors aren’t ready for what awaits them, but then…why wait to train them just days before the tournament? Why not months, if not years before? The story is rife with little head-scratchers like these that flat-out don't make sense (like why is everyone even putting up with Kano?), but you're just going to have to roll with it.

Mortal Kombat ticks a lot of the boxes you’d expect. Does it have fights? Yes, in spades. Does it have famous Mortal Kombat characters show up and then die incredibly violently? Of course. Is it packed with enough easter eggs for fans of the game to point and squeal at? Yes! I don’t want to spoil too many of these fun little surprises, but let's just say that a couple of glaring character omissions get teased elsewhere in the story - either in paintings depicting the history of Mortal Kombat, in books written about the tournament, or some such throwaway bit. This movie was clearly made with a lot of love and respect for the games, and it’s very much intent on building up a larger universe to house all its fighters.

Director Simon McQuiod previously mentioned that the movie would include fatalities and all the bloody violence fans of the franchise would expect, and he delivered on that. There are more than a few cringe worthy kills that get trotted out here, sometimes followed up by a character practically winking at the camera while saying, “Fatality!” You know, like the games. Nothing about this is subtle, but it’s all in good fun. You’ll also notice a couple of characters breaking out their signature moves during one or two fights - which means that, yes, you’ll see Liu Kang do that kick accompanied by that song, and it'll be awesome.

I walked away feeling disappointed by these fights, though. Each of these fighters has a unique ability to use in combat, described by the movie as their ‘arcana’. Liu Kang can throw fireballs, Mileena can teleport, and so on. It’s strange then, that in a movie with so much creative potential for big, bombastic fights - they’re all a little dull. Speedsters who can move faster than the eye can see just…do a lot of punchings. Characters who can throw fireballs…do a lot of punchings. Perhaps a little more variety in the chosen fighters could’ve alleviated this, but the action choreography definitely left me wanting at times. You could punch a couple of combos into Mortal Kombat 11 and make cooler-looking fights happen, if I'm being honest.

Despite all of its fanservice and bloody action, I didn’t like Mortal Kombat very much - and that’s down to its bland protagonist, Cole Young. Cole serves as the audience surrogate in this movie, someone new to the Mortal Kombat universe who learns about its rules and key players as we do. I get the role he serves in the story, but he’s just such a bore. Nothing makes him stand apart in a cast of characters featuring the likes of Liu Kang or Sonya, besides his family - who don’t really do much here except occasionally fall in danger. You could’ve swapped him out with everyone’s favourite sleazebag Hollywood actor Johnny Cage, and the audience surrogate role would’ve still been filled. The 1995 movie did it, and he was the best part of the whole thing!

There’s a whole middle section of this movie where Raiden’s champions train for the upcoming tournament, and it just drags on and on. Everyone needs to ‘awaken their arcanas’ to get cool powers like throwing fireballs or tossing a very sharp hat, but it all feels really padded out. Instead of using this time to let us dig into these characters and learn about their worlds, we just watch them train for a bit, toss their origin stories in with a line or two of dialogue and then move on. No one really gets time in the limelight besides Cole, which results in the entire cast feeling rather underdeveloped. Why is Sonya even obsessed with the Mortal Kombat tournament in the first place? I don’t know. Who is Kung Lao, besides Liu Kang’s cousin and best friend? I don’t know. Why on earth is Sub-Zero being such a jerk to Scorpion, and working for Shang Tsung? I don’t know. It’s never explained. None of this is ever explained - except in the games.

The villains aren’t great, either. Sub-Zero coasts on cool factor alone, but the franchise’s key antagonist Shang Tsung is unforgivably wooden by comparison. The 1995 movie made up for this villain’s generic motivations with generous helpings of cheese, but we don’t have any of that here. This movie wants us to take him as seriously as possible, but it fails to give us a compelling reason to do so. With very little backstory or clear motivation to speak of, he becomes a bog-standard superhero villain. Shang Tsung wants to conquer the world! Oh, and he’s evil! That’s...pretty much all we get. Look, these characters are ridiculous. The story is ridiculous. Why not lean into it?

Mortal Kombat offers a fun, bloody time for fans of the game franchise with lots of little winks and nods to its long and storied history. Most of these actors do a great job in bringing a beloved roster of fighters to life on the big screen, and I would happily watch them do so again if a sequel ends up being in the cards. If you’re looking forward to lots of fights and gory fatalities, rest easy knowing that it doesn’t shy away from the violence these games are known for.

However, the movie also flaunts an unremarkable protagonist in a plot that drags on when it should really be kicking into high gear, only to later underwhelm with its big climax. Some of these characters feel like they could walk away with the whole movie, but none of them are given the screen time to shine in a needlessly overstuffed story. Mortal Kombat had a lot of potential. Sadly, too much is wasted for it to be a fully satisfying movie on its own.