Review: The Dynasty Warriors movie on Netflix is another game adaptation that gets very little right

Review: Dynasty Warriors is another game adaptation that gets very little right 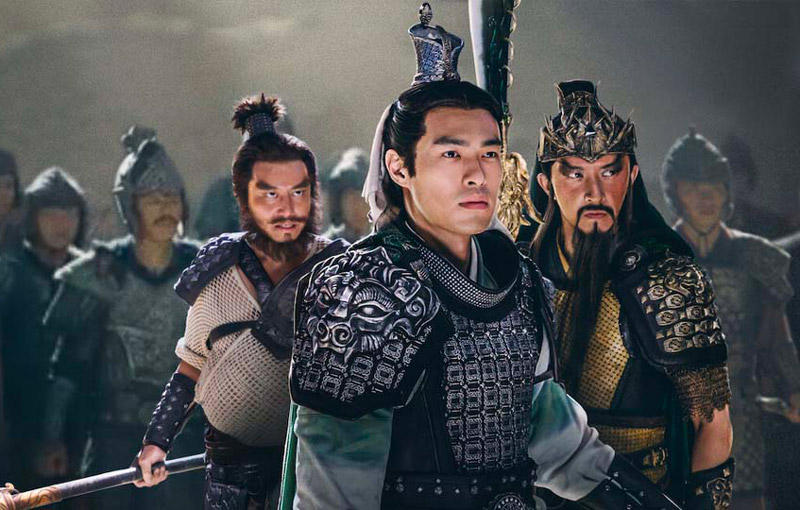 This movie could've been ridiculous fun, but it's just ridiculous.

Videogame adaptations are a tricky thing. Sometimes they turn into epic misfires like Mortal Kombat: Annihilation, and other times you get something surprisingly good, like Sonic the Hedgehog. It seems like they’re a difficult thing to get right, which might take a little pressure off Dynasty Warriors - a movie adaptation of the popular hack-and-slash videogame franchise by Tecmo Koei, and known for ludicrously huge battlefields and chaotic action.

Dynasty Warriors isn’t as bad as Mortal Kombat: Annihilation, but it’s no Sonic the Hedgehog either. Its story is a sloppy and dull affair barely held together by brief fights reminiscent of the games it's based on. The movie opens with a bombastic action scene with a battlefield of armies clashing. Soldiers turn into zombies and, when speared, hug other soldiers to stab them with the same spear jutting out from their bellies. Heroes ride on horses and lay waste to soldiers below. It’s ridiculous and hammy, but that’s okay, because it’s all in good fun.

And then the movie forgets that it’s supposed to be fun. 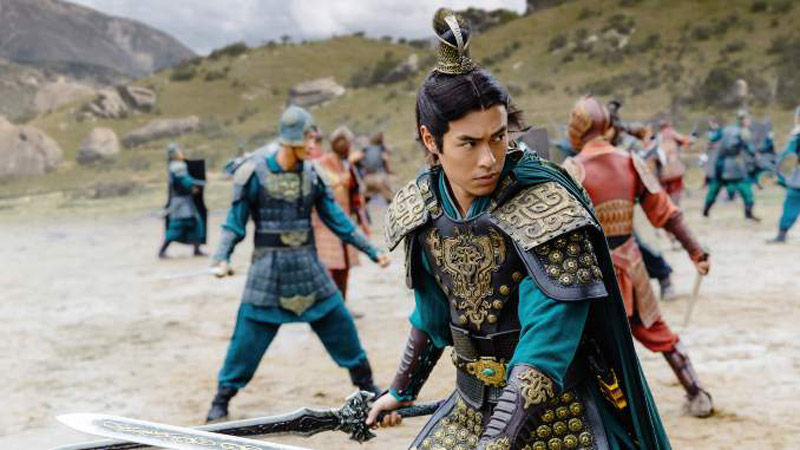 The Dynasty Warriors game franchise began all the way back in 1997, its story retelling an over-the-top version of the romanticized "Romance of the Three Kingdoms" classic (not to be confused with the historical texts, Records of the Three Kingdoms). You typically play as a lone warrior wiping out swathes of soldiers with incredible abilities - because realism isn’t exactly what this franchise is going for. We’ve got zombie soldiers and warriors drifting horses like they would on motorcycles, so at least the movie understands that much.

The story revolves around three warriors: Liu Bei, Zhang Fei and Guan Yu as they embark on a dangerous journey to overthrow a corrupt chancellor and allow the young emperor he replaced to resume power. Eventually, they run into Cao Cao - a man who had to flee the chancellor’s palace grounds after a failed assassination attempt. The four of them work their way up to the chancellor and his right-hand warrior Lu Bu, after being gifted magical weapons to aid them on their journey. 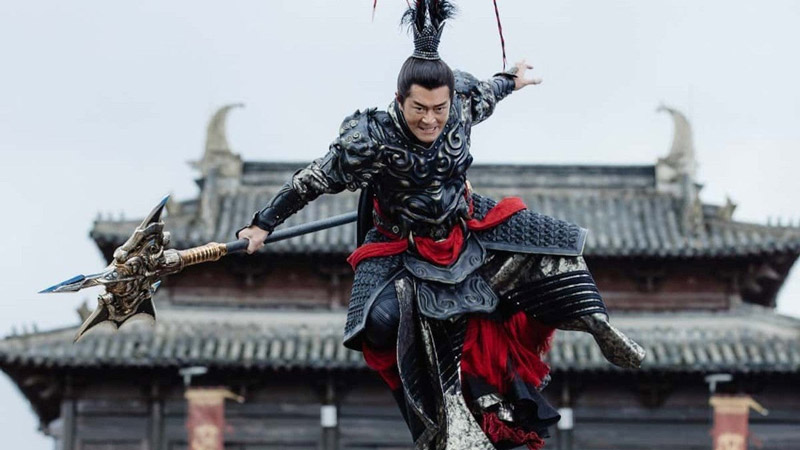 If only the story was as coherent as this summary. It feels like huge chunks of Dynasty Warriors were left on the cutting room floor, with all the necessary context behind this plot and its characters stashed away in favour of a shorter runtime (and it’s still two hours too long). We’re introduced to Liu Bei, Zhang Fei and Guan Yu, who are close enough to one another to share loyalty and a common cause - but why? Who are these people? Where do they come from? Why are they friends? If you're not familiar with the Romance of the Three Kingdoms novels, then this is lost on you. The movie expects you to have either read about them, or at the very least, played the game.

For someone who's absolutely a newbie to the game franchise (much less the novels), the story very quickly becomes difficult to follow, as it unfolds like a clumsy historical drama. Political systems and names of different nations are thrown into the mix with little to no context. Even if you do know the larger story of The Three Kingdoms, you aren’t given enough information on these characters and their relationships to actually invest in them. Why should you care if they succeed on their journey or not? Why would the young emperor be any better if he were in charge? If the cast pulled me through all this, perhaps I would not have to look so hard to find anything of interest. Guan Yu, for example, is often portrayed as a larger than life personality - but ex-Super Junior band member Han Geng is sadly miscast in the role.

Even if you dismiss all of this and judge the story without its flaws, you’d be left with a pretty generic plot you’ve seen a hundred times before and done a hundred better ways.

Turn that thinker off 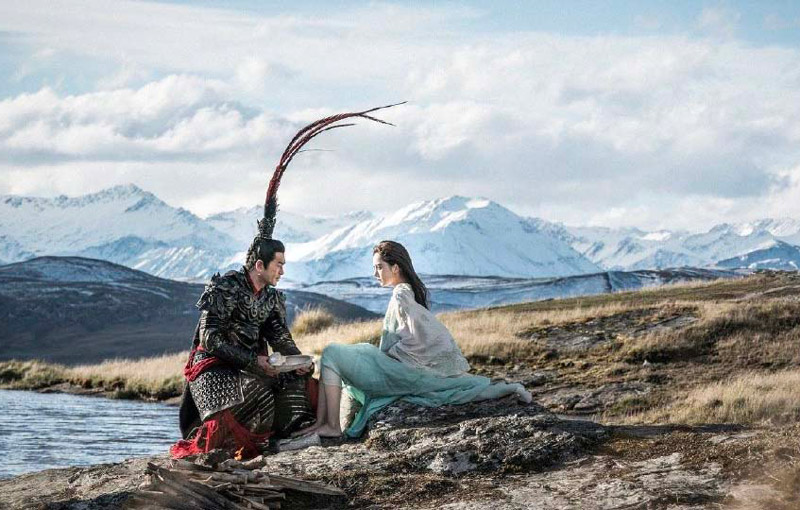 Dynasty Warriors has all the scope of Lord of the Rings with none of the skill required to pull something off with that level of complexity. Then again, I doubt even fans of the games walked into this expecting incredible storytelling. The games have never been about that, which is why this movie is at its best when it’s not taking things too seriously. In big battle sequences, we hear electric guitars and watch as heroes on horses smack around soldiers. Visually, it’s pretty terrible. You can clearly see visual artifacts clinging onto these actors, remnants from a studio green screen. Soldiers in the background repeat the same movements robotically, hoping that you don’t notice.

This is the good kind of bad. The kind of B-movie action that tells your brain, “Hey, it’s time to just switch off for two hours. Enjoy the insanity.” If the entire movie followed the chaotic tone of these fight scenes, I might defend it the way I defend Mortal Kombat (1995) - my brain knows it’s not a good movie, but my heart thinks it’s brilliant. Unfortunately, Dynasty Warriors doesn't pull enough campiness from its source material to excuse its excruciatingly dull two-hour length. 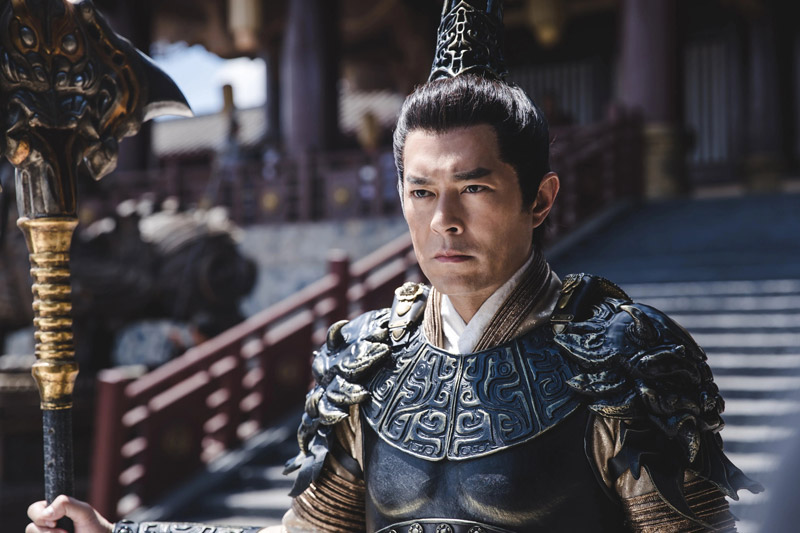 It can be a silly and fun videogame adaptation or a dark and serious retelling of the games’ story. It can’t be both, and yet it insists to awkwardly straddle that line. The editing doesn’t help, either - what might seem like a big plot development is hastily skipped over and told directly to the audience via onscreen text. Characters behave nonsensically, and their actions are never explained or brought up again. People talk to each other like NPCs in an actual videogame, with conversations so dull you wish you could button-mash to skip through them. That is to say nothing of the writing, which drips with cheese throughout.

Dynasty Warriors is a rough two-hour slog of a watch, with only the occasional cartoonish action scene offering some respite from its mundanity. Fans of the game might enjoy this film if they go in expecting the bare minimum level of competent storytelling, but I would hardly recommend this to anyone who isn’t familiar with the source material at all. There are much better things to do with your time, like catching up on all the games this movie is based on. Maybe skip the movie afterwards.

2 drifting horses out of 10