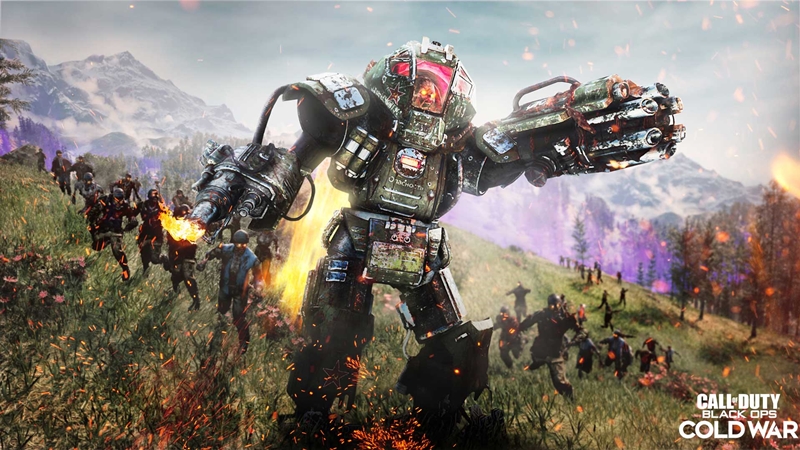 By my estimate, it's been roughly a week since Call of Duty: Black Ops Cold War's Outbreak mode for Zombies went live...or went undead, in this case, and the good news is that most of the community seems to be enjoying it.

As for me, I guess I am having fun for the most part, though what I will say is that it's best enjoyed solo or with your buddies over a Discord call. Now, don't get your Wonder Weapons pointed the wrong way around; I'll delve into the "why" later, so first let's talk a little more about what Outbreak mode is, for the benefit of those who haven't yet scoured the wastes. 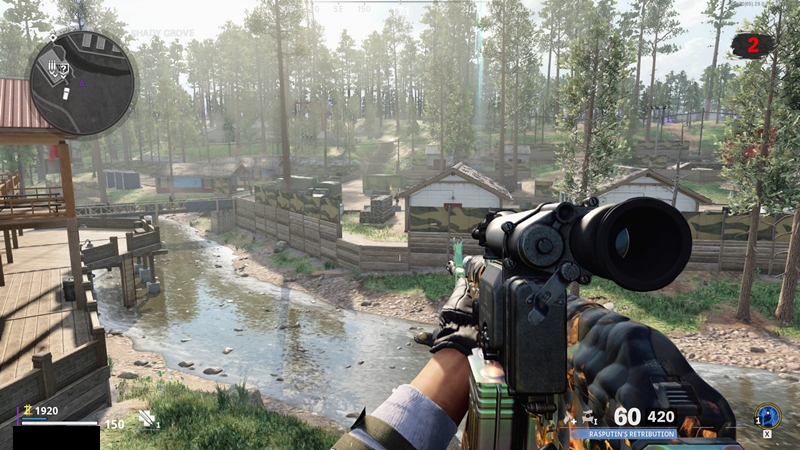 Basically, you could say it's an open-world take on the conventional Zombies formula with a few new rules in place. Rather than dealing with round-by-round waves of the undead and farming points within an enclosed facility, now you'll do it across a circuit of three huge maps. Each zone comes with a single primary objective, which can range from killing a mini-boss zombie to defending a point, collecting jars of Aetherium, or escorting a rover to a fixed location, among others. They're honestly pretty manageable if everyone plays ball, and completing that objective will allow you to progress to the next zone, which will have yet another main objective but on a higher difficulty setting.

In addition to the vastly enlarged maps, players can now roam about to look for weapons, resources, and of course, zombies to kill for points. Admittedly, this scavenger aspect of Outbreak tears a page directly out of the modern battle royale playbook, but the lack of player-controlled opponents and a shrinking fight zone leaves you a lot more freedom to explore the map, which is nice. Plus, there's no need to hoof it - Treyarch has also added in vehicles such as cars and snowmobiles to help you get around quicker. 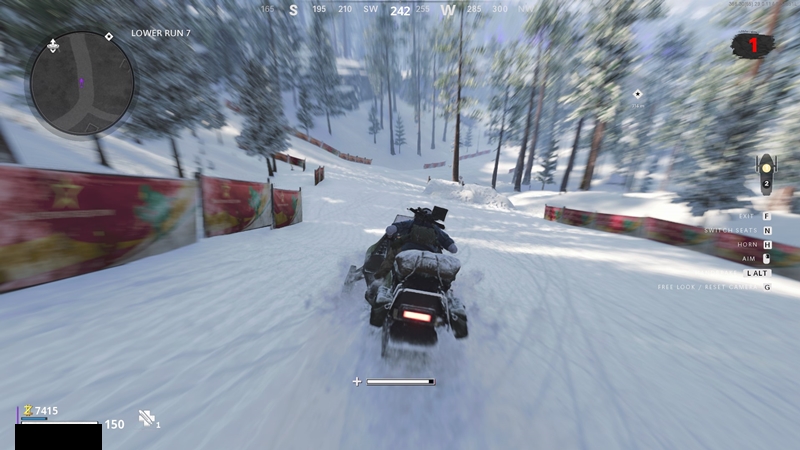 So yes, that's fundamentally it, and the good thing is that despite all these new changes and additions, it didn't take me hours and hours of playtesting to learn all of it, which I think makes it a great entry point for rookie players. After all, conventional Zombies maps tend to be rather confusing if you jump in without doing any recon online, especially with regard to perk soda locations, the steps needed to turn on the power, building the map's respective Wonder Weapon, so on and so forth.

However, that's not really the case for Outbreak. The concept is basic enough for almost anyone to get the hang of it after a match or two, and the open-world nature of the mode takes away much of the claustrophobic edge for those who aren't quite used to it, which I think is a really thoughtful play from the developers. Speaking of developers, did you know that the concept for Outbreak was already on the discussion table since the original Black Ops game? 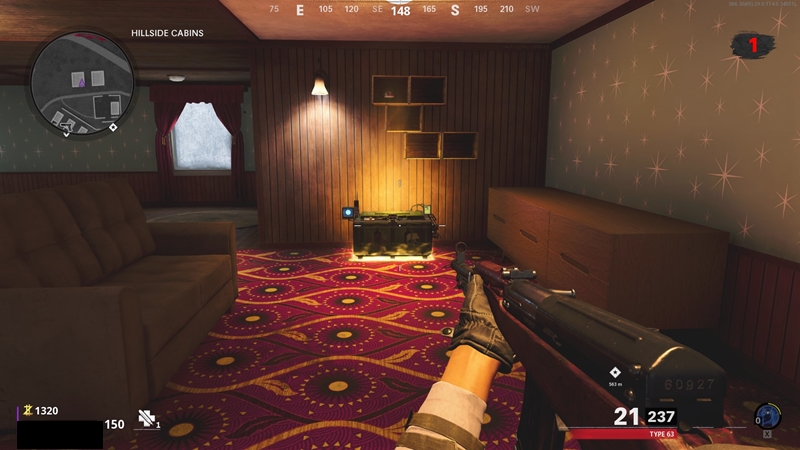 But what's the experience really like in a match? What do you actually do?

As we noted earlier, the early stages of a match play out exactly like a regular match of PUBG or Apex Legends - you spawn in, move towards nearby facilities to scavenge for loot, and gain some points by killing zombies along the way.

Here, I'd advise adopting the usual modus operandi players use for other maps and taking the shortest route to the mystery box since it usually provides a better assortment of weapons than the randomised wall buys. There will be Pack-A-Punch machines, workbenches, and armor kiosks stationed around the map as well, so it's good practice to highlight them when you come across one. The same goes for Perk Soda machines, especially if it happens to be Der Wunderfizz - having on-demand access to any of the available Perk Sodas from a single machine can spare you the effort of hunting for them. As an added note, do be careful when you're hunting for loot chests - some of them are booby-trapped and will spawn Hellhounds or Mimics if you get too close. 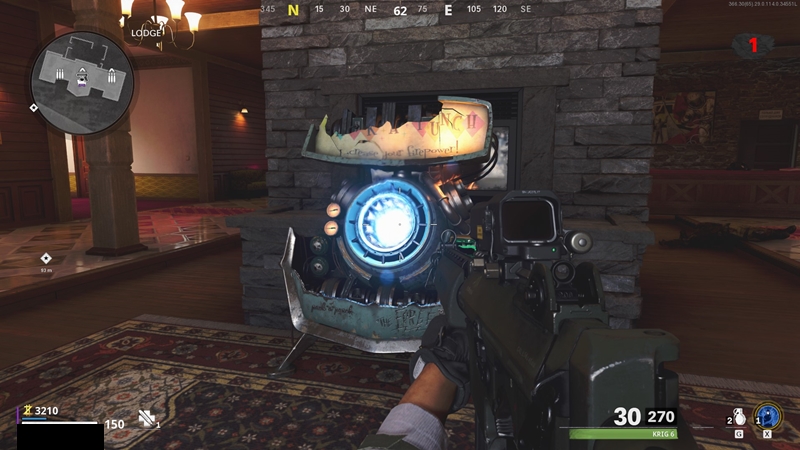 Take it from me - don't let your guard down if you only see a handful of zombies wandering about in a house. More zombies will burst out of the rooms Resident Evil-style as you walk through the hallways, and they will make short work of you if you're not prepared. Nevertheless, I do like that Treyarch has kept some measure of the mode's scare factor in this aspect, so if you want to play it safe, have one of your team members accompany you when you're searching rooms. After all, having an extra gun on standby never hurts.

Speaking of guns, I am rather impressed at the improved viability of Sniper Rifles in Outbreak. In the normal round-based mode, such weapons tend to be considered "low rolls" from the mystery box, and while that hasn't changed, for the most part, I do appreciate that the larger size of the map allows players to make better use of them than they usually would. Of course, you might not hold on to them once the difficulty starts to scale up, but you will at least have the option to take a different "initial" approach than in maps like Die Maschine.

Anyway, once you're all geared up, the team can then take on the map's primary objective, which, fortunately, doesn't last as long as you expect. The duration is actually quite reasonable - it's neither too quick nor too draggy, and if cleared successfully, it should spawn a nearby Beacon that the team can use to teleport to the next map in the rotation. After that, the scavenging phase begins anew until everyone kicks the bucket or decides to exfil.

The good, the bad, and the toxic 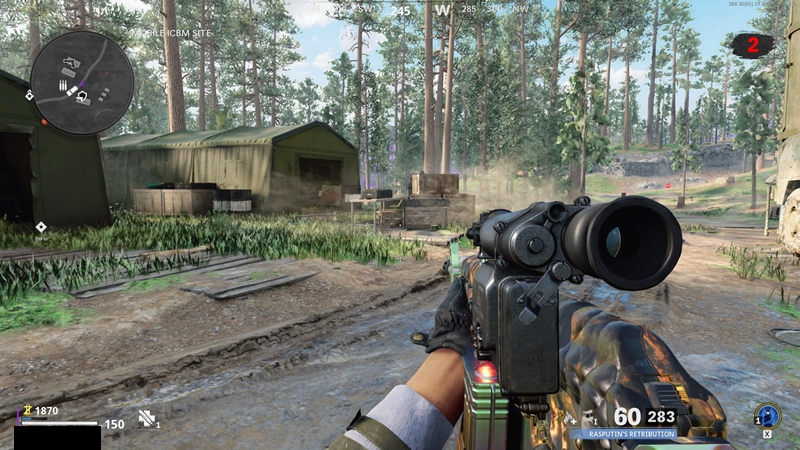 However, having the team work together is often much easier said than done, especially if you're rolling with random players. Everyone has their own agenda, and it's common to end up in situations where half the party is held back by the other. For example, say you've got a rookie duo and a veteran duo in the same team. The former might want to explore the map further to familiarise themselves, while the latter will want to progress faster to the higher difficulties for the adrenaline rush. This mismatch of priorities, so to speak coupled with the toxicity and uncooperativeness of some online players can make the experience immensely tilting for everyone.

In fact, the worst thing about this phenomenon is that the developers can't really do anything about it, and they're certainly not to blame for anyone's bad manners. Having encountered many instances of such behaviour in my own matches, I can safely say that while Outbreak's concept is excellent fun, it is best enjoyed when everyone is on the same page. Yes, it's a pity, and the truth hurts - my personal recommendation is to either run it solo or in co-op with your pals, especially if you're new to it, or just want to unwind after a long day at work. The last thing you need is people throwing unnecessary shade at you just because you took a Mangler blast to the face. 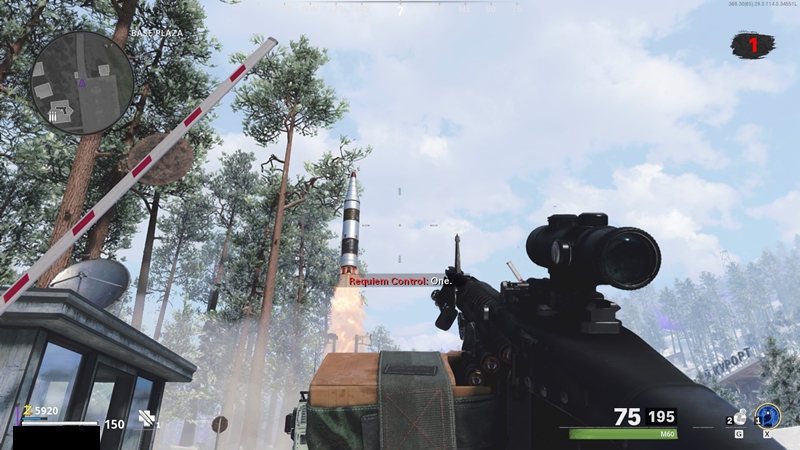 Of course, I'm not saying everyone online is nasty - there are lots of really awesome people out there, so kudos to you, whoever you are. Getting back to Outbreak, at its core, the mode might seem to be extremely simplistic and straightforward, but I feel that this has actually turned out to be one of its foremost appeals. It's extremely easy to pick up and play Outbreak even as a rookie, and you won't really get punished as hard for messing up as you would in a normal map.

In addition, the constant rotation of maps also pairs very well with the other randomised spawns and drops. Such an approach ensures that the mode can bring a slightly different challenge to the table each time you play it, and this element of replayability is what the veterans will primarily be looking out for, All in all, my hat's off to Treyarch - I would say it's quite a well-designed addition to the Zombies repertoire, and definitely worth a try regardless of whether you're a clueless newbie or an experienced undead slayer.