Resident Evil 3 Remake Impressions: This is shaping up to be something special 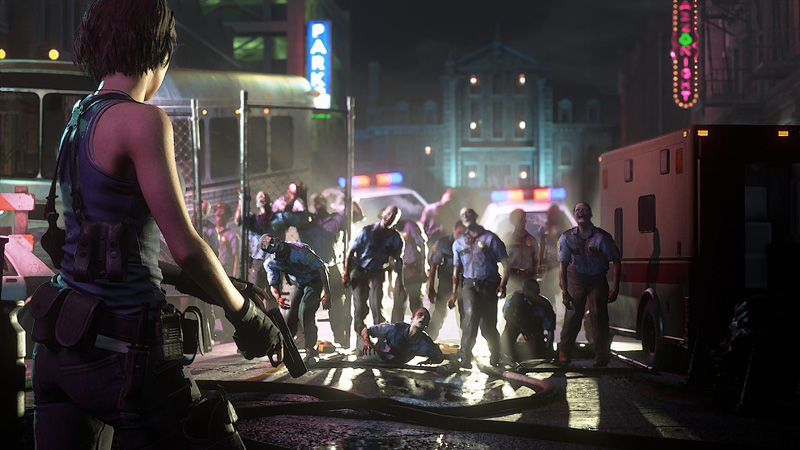 The remake is almost upon us.

A short demo for the Resident Evil 3 Remake is now playable on PlayStation 4, Xbox One and Steam - which is extremely good news to this Resident Evil fan. I counted down the seconds to its release, and hopped on the moment it was finished downloading (curse you, slow PlayStation 4 download times) - and boy, do I have some thoughts on this game. 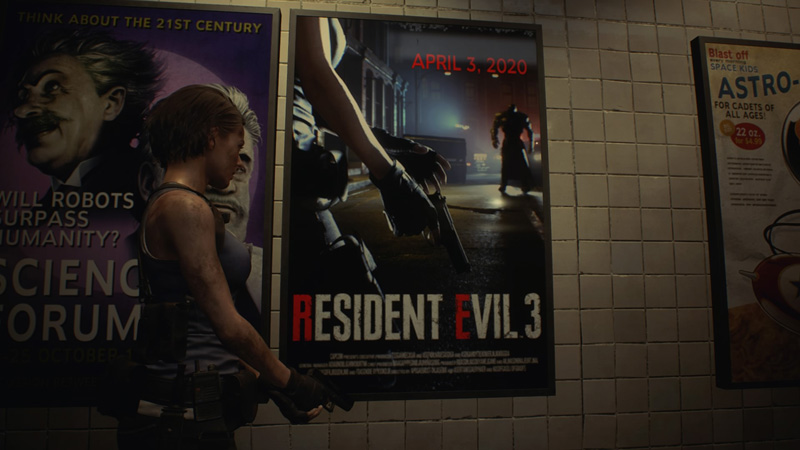 The very first thing this demo does is dump you in a cutscene. You’re abruptly introduced to Jill Valentine, Mikhail Victor and Carlos Oliveira in an underground subway station, tucked away from the masses of zombies above. Jill is sent away on a mission to bring power back to the subway infrastructure, while Carlos accompanies her by way of walkie-talkie. We’re not given all the details here - so I’m not too sure where exactly this demo picks up from, but I’m guessing it’s shortly after the beginning of the game.

The most noticeable thing by far is how far along the RE Engine has come in doing faces. Visually, these characters look insanely realistic - largely due to the engine’s new photogrammetry tech. I remember Claire in particular from the Resident Evil 2 Remake breaching the uncanny valley every once in a while, but what I saw here was much, much closer to the unbelievable realism of Capcom’s Devil May Cry 5.

Resident Evil games are fantastic at paying attention to detail in general, which makes them great games to explore. Even movie posters in the subway station are amusingly packed with easter eggs - with references to movies like Aliens, Top Gun and Terminator. It’s all good fun, and a reminder to take in the scenery whenever possible. There's always something to see!

Raccoon City, as I live and breathe 1999’s Resident Evil 3 was set in Raccoon City just like Resident Evil 2, bringing back Jill Valentine for a much more action-packed take on the franchise. Playing through the demo, it’s hard not to have a grin on your face even while zombies are taking turns munching on Jill - because of how much love was clearly put into every crevice of Raccoon City. We only saw a glimpse of this now-apocalyptic city in the Resident Evil 2 Remake before checking out police stations and diving into sewers, but it’s lovely to finally see the actual city in all its glory.

The moment you’re out of the subway station, you’re in a city on fire. Cars are strewn about the streets, and bodies litter the floors. Buildings are on fire, and zombies shuffle about undisturbed. It’s incredibly atmospheric, and that makes for a tantalising world to explore. It’s been mentioned that most of the stores and buildings you see in the remake can be entered - if not now, then later. That’s true. You’re clearly meant to play around in Raccoon City for a long time, which is music to my ears. I won’t spoil too much of what happens later on in the demo, only that it takes you to many more places than you might expect. It’s really fleshed out, giving you all the tools you need to explore every little nook and cranny you might find. In typical Resident Evil fashion, you’ll often find items later and have to backtrack far just to make use of them. You’ll unlock shortcuts, and crack open safes. Even without the tight, dark corridors (which I’m sure will come later), it still feels so wonderfully Resident Evil.