Note: This interview was first published in the October 2017 issue of HWM. To a certain extent, the audio world has always been about size. How is Devialet able to reverse the trend and create so much sound from a relatively small speaker?

There are some truths and some myths about audio and size. In this market as in any, beliefs develop through time, amplified by sales or marketing speak. Actually, we are told to accept the limitations of a given state of technology: “Class A amps are the best performing, and they are very large, therefore a good amp has to be large…”

But Devialet is a high-tech company specializing in breakthrough innovation, applying it to the audio domain. Our engineers have more than 100 key patents in all fields of sound reproduction; the common denominator being that they’re about pushing the limits of how pure sound is reproduced, in a way that is highly energy-efficient. 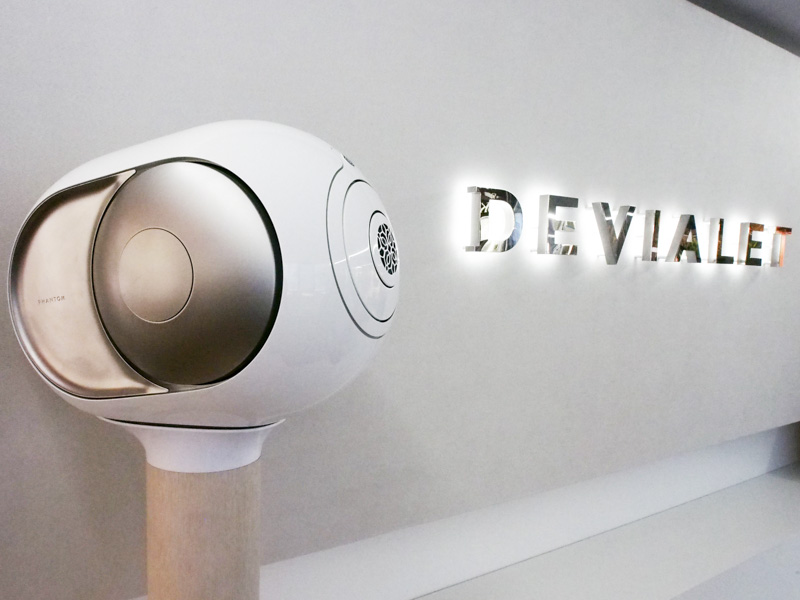 So what did that translate to?

The key issue that you have to consider when miniaturizing a speaker is the reproduction of deep bass.

Put simply: you need a large driver with a high excursion in order to move air and produce low frequencies in a loud way. However, a small box restricts how much the large driver can move. These rules are derived from the laws of physics, and at this stage we haven’t changed them.

Instead, we have ‘simply’ pushed the commonly accepted boundaries of how much bass you can pack into a small box.

That’s a lot of power. Was that the only improvement?

With an ordinary bass boost, the above-described system could produce strong, deep bass. However, that wouldn’t be up to our engineers’ expectation because bass boosts generate different forms of time-domain distortion, such as phase distortion and pumping effects.

So we created proprietary sound processing that adapts the music signal to the system. We call this technology Speaker Active Matching (SAM), and it essentially calculates (in real time) which signal to drive the speaker drivers with so that their acoustic output exactly replicates the recorded music signal. 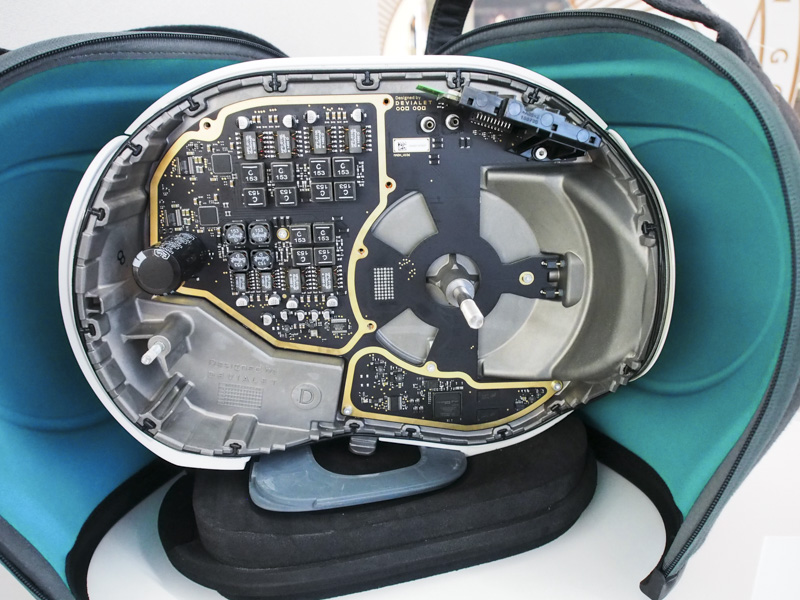 On that note, does a speaker’s ability to play loud affect its ability to create outstanding detail?

We could say that these are two different things: playing loud is one thing, having detailed sound is another. If your speaker doesn’t sound detailed at low volume, playing loud won’t help to ‘create’ detail.

Where it starts to be interesting is that music is dynamic by nature: it includes some loud sections, even if quite short. A traditional sound system tends to be non-linear when playing loud. The distortion that occurs when reproducing louder sounds affects the overall rendering.

If the sound system maintains an absence of distortion on loud transients, it will have a capacity to maintain a high level of detail regardless of the volume. It won’t start to sound harsh, however loud you play it.

It’s like a great car. Even when driving it fast, you still feel comfortable and safe, and you have the capacity to accelerate instantaneously if needed.

Why do you think other companies haven't been able to replicate Devialet’s technology?

Having three co-founders: Pierre-Emmanuel, Emmanuel Nardin and Quentin Sannié (an engineer, a designer and a serial entrepreneur) sharing the same vision and determination definitely made a key difference.

Small companies may have the will to change the world, but they are often the creation of a single talented person, who fails to team up with the right people and is unable to get funding for the project. Large companies could get the funding, but they often miss a long-term vision and investment plan when it comes to innovation.

Consider that the first ADH patent dates from 13 years ago. Which company would invest for 10 or 15 years before seeing a return? Only visionaries would devote their lives to such a grand project.

Is the Analog vs. Digital debate valid? Or is it all perception?

This is an interesting question. There are too many aspects to develop this fully, but l’d just point out that different media allow/force the sound engineer to treat the music signal differently. (You can’t “cut” a vinyl by simply using your digital master, human skill and choice is involved in the process) And different media allows for different experiences, and for different types of enjoyment.

Is there a quantity vs. quality debate in audio? (Does more always mean better?)

It depends of which aspect of audio you are thinking about!

In general, there is little debate that more amplification power is good, as it contributes to maintain the dynamics of the music. You are more likely to damage your tweeters with a clipping lower—powered amplifier than with a higher-powered amplifier that provides a clean signal.

Our Phantom range offers three levels of power, for three levels of maximum loudness. Which one you will choose depends on your room size, your listening habits. Our best-seller is actually by far Gold Phantom. This is not because it can play louder (most sane people would not play it at maximum volume, except maybe if throwing a very big party) but because its sound is more refined, natural and detailed than the other two models — the titanium tweeter and five new patents make a clear difference, even at low volume.

Tell us about your most memorable audio experience

I’ve had a few ‘most memorable audio experiences’ in my life so far. Maybe the one I’ll choose to relate is when my father first recorded my voice when l was 4 years old. With all the imperfections of this portable cassette tape device, the magic of having captured a moment of reality and being able to reproduce it at will absolutely mesmerized me. What was in front of me was nothing less than an amazing time-machine, and my dad was the greatest wizard of all!

This moment, the first among a few others, defined a lifetime passion for sound reproduction.

Read Next 2: More about Devialet speakers