It's been almost a year since Razer first showed off its Razer Blade gaming laptop in August 2011 (more than a year, if you're counting it as a continuation of the Switchblade concept first seen at CES in January 2011) but it will finally be launching in Singapore on 14th June with a hefty pricetag of S$3999.99. Razer invited us down to take a look at the Blade before its launch this Thursday. 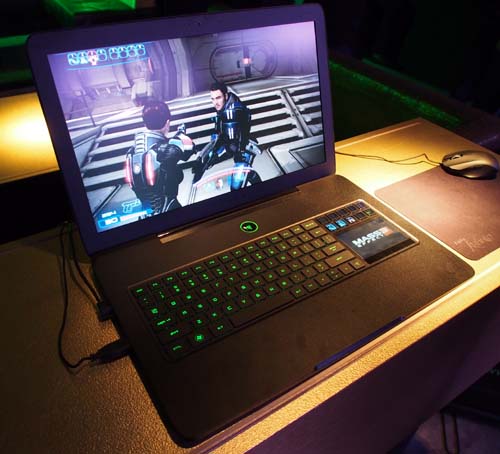 Razer is sticking to its 'First True Gaming Laptop' tagline, and CEO Min-Liang Tan explained this by highlighting the three characteristics that allows Razer to call it that:

At a weight of 2.92kg, and with a thickness of 20.3mm, the Blade is definitely the thinnest and lightest 17.3-inch notebook out there, but considering that category consists of 4-6kg monsters like Alienware's M17X and ASUS's G74SX, that's not really saying much - just picking it up, the Blade is lighter, but it's certainly not something you would call 'light'. 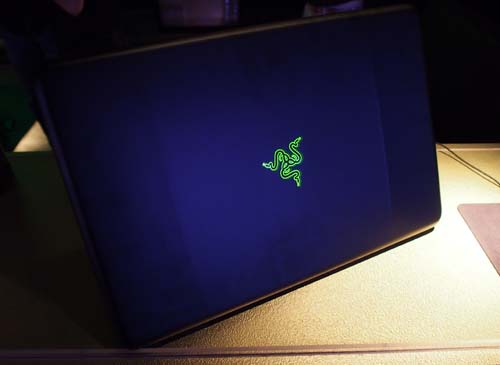 Despite this being June 2012, the Blade will be launching with somewhat dated specs (the same config as when it was first announced a year ago): Intel Core i7-2640M processor, NVIDIA GeForce GT 555M, 8GB of RAM and a 256GB SSD drive.

Addressing why, in this age of Ivy Bridge and Kepler, the Razer was launching with previous generation hardware, Tan stated:

"Can it play every current generation game? Yes, it plays them perfectly. That's all we wanted to do. Can it play games? Yes."

When asked about the possibility of an update to an Ivy Bridge CPU, he responded:

"It's about thermals. We've spent a lot of time working on getting the thermals down with this model, so that's why we're sticking to Sandy Bridge for now. We're not talking about updates right now."

It's worth noting that, with the new 22nm manufacturing process, Ivy Bridge CPUs should, on the whole, run cooler than Sandy Bridge, but for now (until we can do our own tests) we'll take Tan's word for it that the Blade's thermal characteristics will be favorable. We did notice that the display models at the launch event were quite hot, but they've apparently been running games for 5 hours straight.

The most interesting part of the Blade is its Switchblade UI. The 800 x 440 pixels multi-touch screen next to the keyboard acts as both a trackpad and a secondary screen. Above it, ten buttons in two rows of five, each with their own 115 x 115 pixels resolution screens can be mapped to any hotkey you desire. It's an innovative concept, but we're not sure how useful it will be for actual gaming and, as of now, very few games actually support the UI without requiring a custom-made profile. 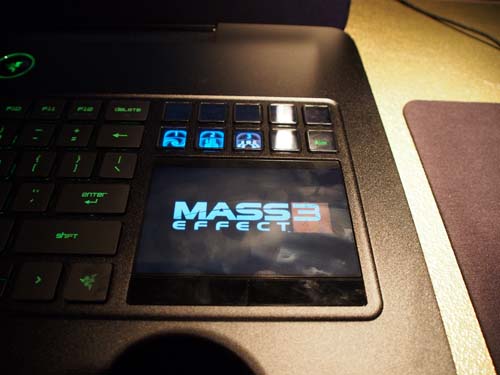 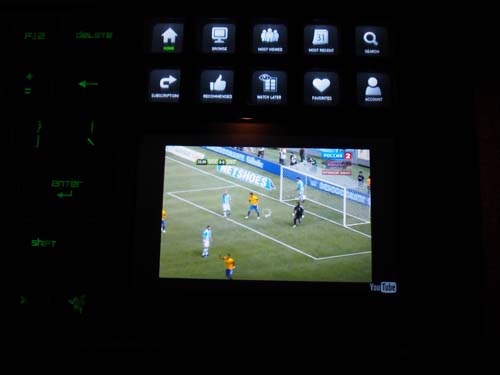 So is the Razer Blade the first true gaming laptop, and is it worth its S$4k pricetag? Based purely on specs, you would be hard pressed to agree, but do wait for our full review to find out!