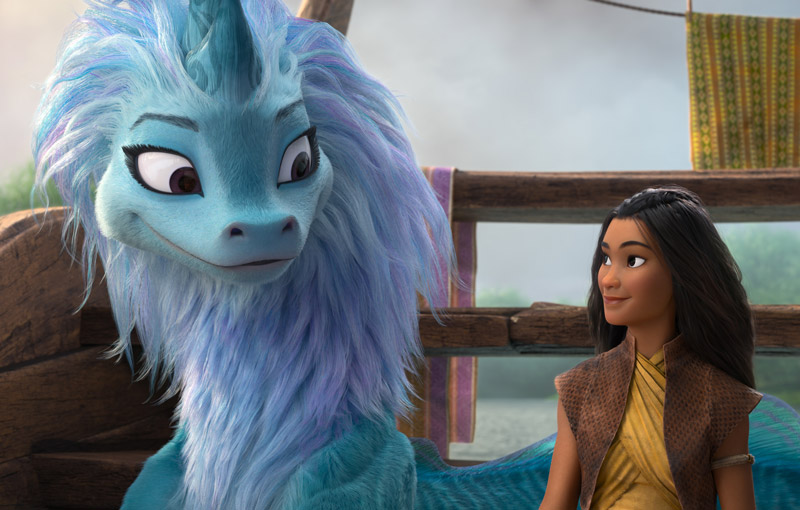 Walt Disney Animation’s latest feature Raya and the Last Dragon might be of particular interest to us local viewers, seeing as it draws from Southeast Asian cultures quite a bit. You might notice two characters duelling for instance, and suddenly point at the screen Leonardo DiCaprio-style when you realise they’re using Silat - a form of martial arts practiced in SEA regions like Malaysia. It’s the small things.

I’ll admit, none of Raya's trailers necessarily wowed me - but I’m a believer in Disney Animation’s frankly absurd track record of making great films, so I was going to check this out no matter what. Surprise, surprise: it’s a great film, filled with all the swashbuckling adventure and emotional stakes we’ve come to expect from the studio. Despite a slow start, Raya and the Last Dragon is probably the best movie they’ve put out since Moana.

In a land far, far away 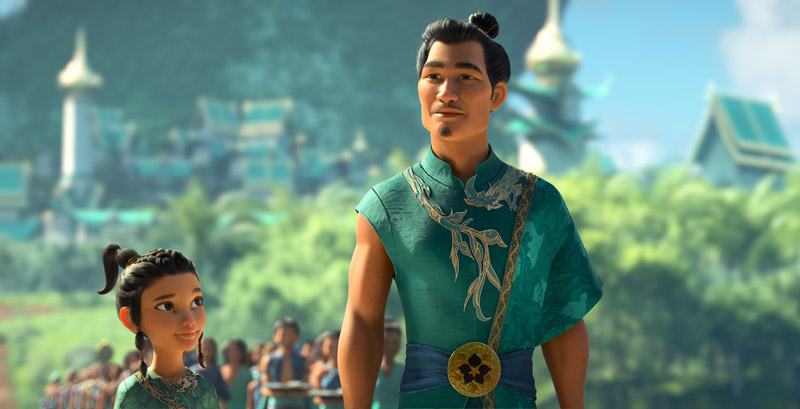 Raya and the Last Dragon takes place in a fantasy land called Kumandra, the origins of which we’re told via a sequence of colourfully animated puppetry. Humans and dragons once lived together in blissful harmony in Kumandra, where water and food were aplenty and their home resembled paradise. However, everything changed when the Fire Nation - I mean, these ghostly purple smoke things called the Druun attacked, and started turning everyone into grey statues.

Obviously, this was not ideal for Kumandra’s residents, nor their dragon guardians. The dragons banded together and gave one of their siblings, Sisu a chance to save all of humanity. She pulled it off, but at the cost of every dragons’ lives. 500 years later, humanity has been fractured into different warring factions, each taking a slice of Kumandra for their own. Of the Heart tribe, Raya and her father Benja guard the Dragon Gem, an important artifact created when the dragons sacrificed themselves centuries ago - but when other factions tamper with the gem, they accidentally let loose the Druun again. Only this time, there aren’t any dragons around to save humanity.

Raya and the Last Dragon doesn’t start off very strong. Its first half is fairly predictable, following Raya’s nation-hopping heists to steal parts of the broken Dragon Gem, but it doesn’t really mix up that formula enough to avoid feeling routine. I also haven’t seen a Disney animated movie where so many of the jokes just… don’t land. This gets better in the second half, but there’s still an issue of awkwardly drawn out gags that transition to big, sweeping locations with very little connective tissue. That might be more on the editing, though - the movie feels jarringly clunky when hopping from one scene to another at first. 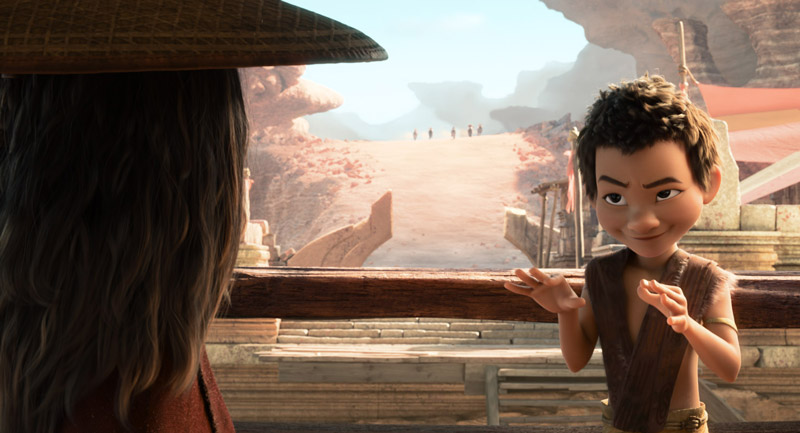 We’re also introduced to a lot of sidekicks Raya picks up along her journey. There’s an adorable kid who commandeers a floating shrimp restaurant, a con baby and her band of monkey-like creatures called Ongis, and a soft-hearted warrior named Tong. I don’t think any of the trailers actually featured this bunch together, which is a shame, because they were by far the best part of this movie. Their easy camaraderie proved that Kumandra’s residents could come together if they just dropped the political shenanigans, and started trusting each other again. It's a lovely message, and sold well by this quirky bunch's chemistry.

It helps that the voice cast is so stellar - with the likes of Kelly Marie Tran (Raya), Daniel Dae Kim (Benja) and Awkwafina (the dragon Sisu) standing out in particular. Kelly Marie Tran certainly deserves an apology after the way she was treated on the Star Wars sequels, but her talent really shines through here. She’s a fantastic lead. I’ve also got to give Alan Tudyk some credit here. The man shows up for Disney movie after Disney movie, voicing chickens and armadillos bizarrely well. He’s come a long way since Firefly.

Disney’s animation is getting better all the time, and Raya and the Last Dragon is no exception. Though I might be growing tired of the weirdly huge, anime-like eyes, these character designs are fantastic and rather detailed. Each faction in Kumandra has their own style of clothing and weaponry, and those little cultural touches are reflected through their architecture and the type of food they eat, too. There’s just so much eye candy here for Southeast Asians to pick up on - from montages of people making Batik clothing to others preparing Tom Yum Soup.

Even beyond its cultural inspirations, Raya and the Last Dragon is a visually gorgeous film. Disney Animation is not at Pixar-levels of photorealism yet, but that might be for the best, because it’s the visual design and art style of these movies that really make them stand out. There’s so much vibrancy in these colours, and creativity in the way scenes are composed. Each nation being so unique allows animators to explore a variety of environments over the course of Raya’s near-two hour length, and make them all pop in different ways.

I also, really quickly, want to shout out the animated short we were shown right before this movie: Us Again. The short follows an old married couple in a world filled with rhythm and dance, though the husband has become cranky and unwilling to dance in his old age. His wife encourages him to come alive again and dance in the streets with everyone else, but leaves after he’s unwilling to do so, as he believes those days to be long behind him. This one was really moving, making the most of its short screentime with a zippy, emotionally rich story backed by a fantastic soundtrack. Don’t skip it! 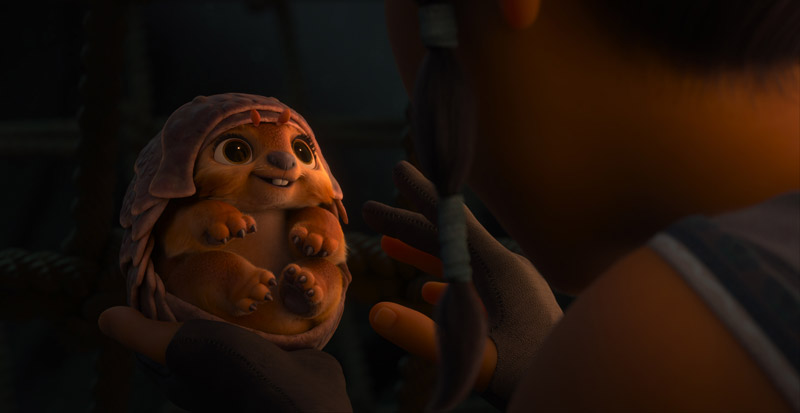 Raya and the Last Dragon stumbles out of the gate, but a deliciously dark third act with high emotional stakes bring things to a great finish. These characters are earnest and memorable enough to stick with you for some time, though not so much as the underlying themes of togetherness that feel especially hopeful these days. It’s gorgeously animated, dripping with Southeast Asian flavour and voiced by an incredibly talented cast. Give it a shot. What else are you going to do today, watch WandaVision’s big finale? Pfft.