Qualcomm Snapdragon 765 and 765G: Bringing 5G to a much wider audience (Updated)

Qualcomm Snapdragon 765 and 765G: Bringing 5G to a much wider audience 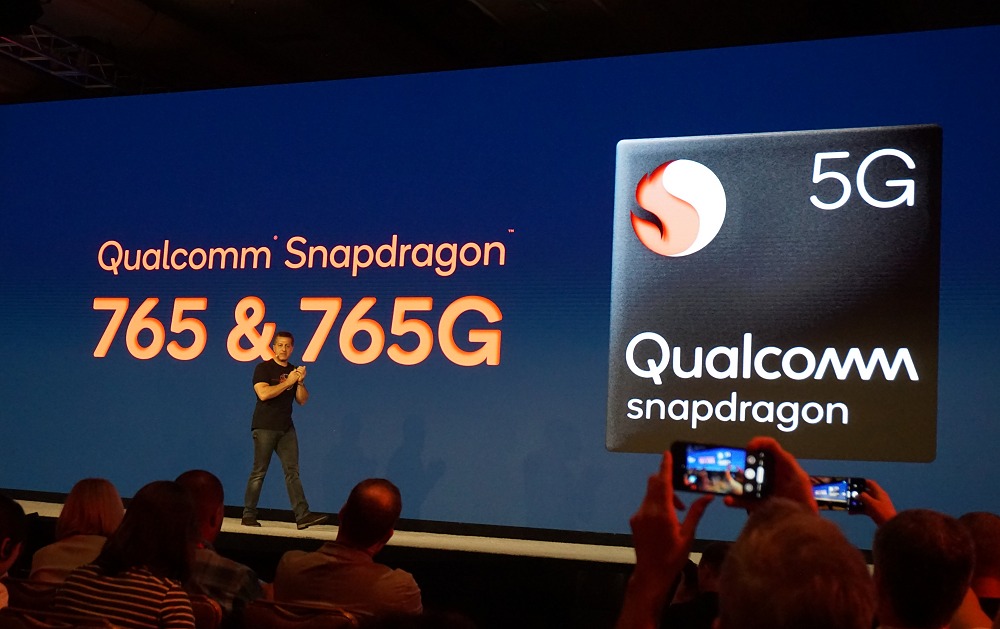 The new high-performance mobile processor for most consumers

For consumers who don’t necessarily need the flagship mobile processor, the Qualcomm’s existing Snapdragon 730 with eight-core Kyro CPU is a very capable high-end mobile phone processor. It even has a gaming variant, Snapdragon 730G, which is bestowed with Elite Gaming features and experiences. For 2020 though, Qualcomm’s goal is clear and it’s to proliferate its 5G connectivity solutions to a wider audience.

We’ll discuss more of its key features in the following segments after this video:-

While the Snapdragon 730 series boasts of a competent Snapdragon X15 LTE modem that can deliver download speeds up to 800Mbps and one of the first to be Wi-Fi 6 ready, the Snapdragon 765 has to make an even bigger leap. This brings us to the Snapdragon 765’s standout feature – the Snapdragon X52 modem-RF system that’s built into the processor, thus making it the world’s first integrated 5G platform announced to-date.

Boasting a multi-Gigabit download throughput of up to 3.7Gbps, it’s close to the standalone Snapdragon X50 5G modem’s theoretical throughput of 4.5Gbps. 5G uplink speed is rated or up to 1.6Gbps. Like the X50, and X55, the integrated X52 achieves this using both sub-6GHz and mmWave frequencies. As a 5G multi-mode modem, it supports both non-standalone (NSA) and standalone (SA) operating modes along with TDD and FDD Dynamic Spectrum Sharing (DSS) to enable a wider 5G coverage on DSS-supported networks to leverage on existing 4G spectrum and infrastructure. Completing its feature set are carrier aggregation, 5G roaming, and multi-SIM support – in short, very capable.

When not using 5G, downlink throughput capability is up to 1.2Gbps and uplink is rated for 210Mbps over LTE. Cellular connectivity aside, Qualcomm’s FastConnect 6200 subsystem is present to support up to 802.11ax standard for Wi-Fi, including 802.11ac Wave 2, MU-MIMO and DBS (dual-band simultaneous). This same subsystem is also responsible for Bluetooth and it supports version 5.0 and Bluetooth audio standards such as aptX Adaptive and Qualcomm TrueWireless technology.

On-device AI capability is an integral aspect of the 5G proposition as it helps bring the cloud ever closer to the device. Some of the edge experiences that are evolving as more on-demand, on-device compute power is present are low latency interactive content, boundless XR (extended reality that’s a mix of AR and VR), smart factories, industrial automation/control and smart retail. This is why it’s important to ramp up AI performance capabilities when gearing up for the era of wide 5G deployment in 2020 and the Snapdragon 765 is well placed for this. 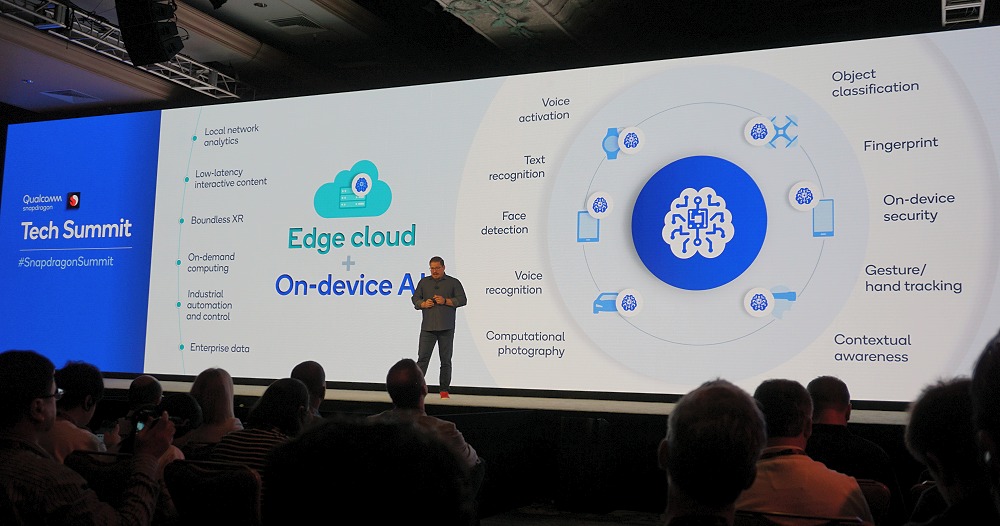 Of course, while the Hexagon 696 DSP processor and its Tensor Accelerator cores are key in tackling AI operations, these days, AI processing on a mobile platform is task undertaken by a variety of processors that are best suited for a task at hand. In the case of the Snapdragon 765, the 5th Generation Qualcomm AI Engine consists of the following components in total-

The Qualcomm Sensing Hub is new to the 7-series mobile platform and it allows your device to be contextually aware of its surroundings and utilize its low power hub of audio, video and voice sensors to accomplish low power tasks with ease. Some of these tasks include intelligent battery management, multi-mic far-field audio detection, and invoke relevant voice assistants, and fusing contextual data streams from multiple sensors. 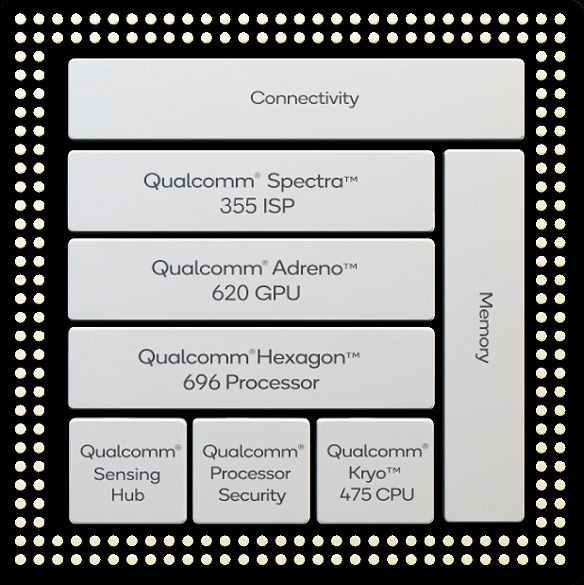 The new Snapdragon 765 now has an updated Spectra 355 ISP to better support the speedier 5th generation Qualcomm AI engine. As a result, it’s able to perform real-time object classification, segmentation and replacement, just like the Snapdragon 865. It may not be capable of capturing a 200MP image like the new flagship counterpart, but it’s certainly respectable with 192MP image capture capability. Slow-mo video capture is limited to 720p resolution at 480 FPS, but that should be reasonable enough for most users who only use it occasionally.

Even HDR capture capability and display has improved from the previous generation supporting HDR10 standard to the Snapdragon 765's HDR10+ standard.

The gaming edge with the Snapdragon 765G

As if the advances to the Snapdragon 765 aren’t good enough, the Snapdragon 765G is designed to deliver up to 20% performance boost over the standard Snapdragon 765 through a faster Kyro CPU (clocks up to 2.4GHz) that can deliver 5.5 TOPS (trillions of operations per second) of AI performance and 10% faster graphics rendering thanks to a higher clocked Adreno GPU. As can be expected of a “G” class mobile platform processor, it supports Snapdragon’s Elite Gaming branding and a subset of the new features found on the Snapdragon 865.

Last but not least, while not very crucial at this juncture, the Snapdragon 765G supports up to QHD panels at 60Hz, while the non-G variant is limited to FHD+ resolutions at 120Hz. 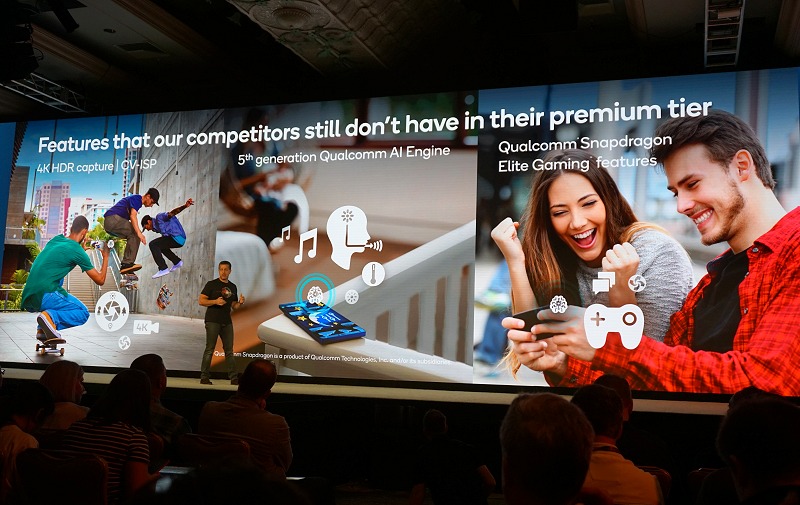 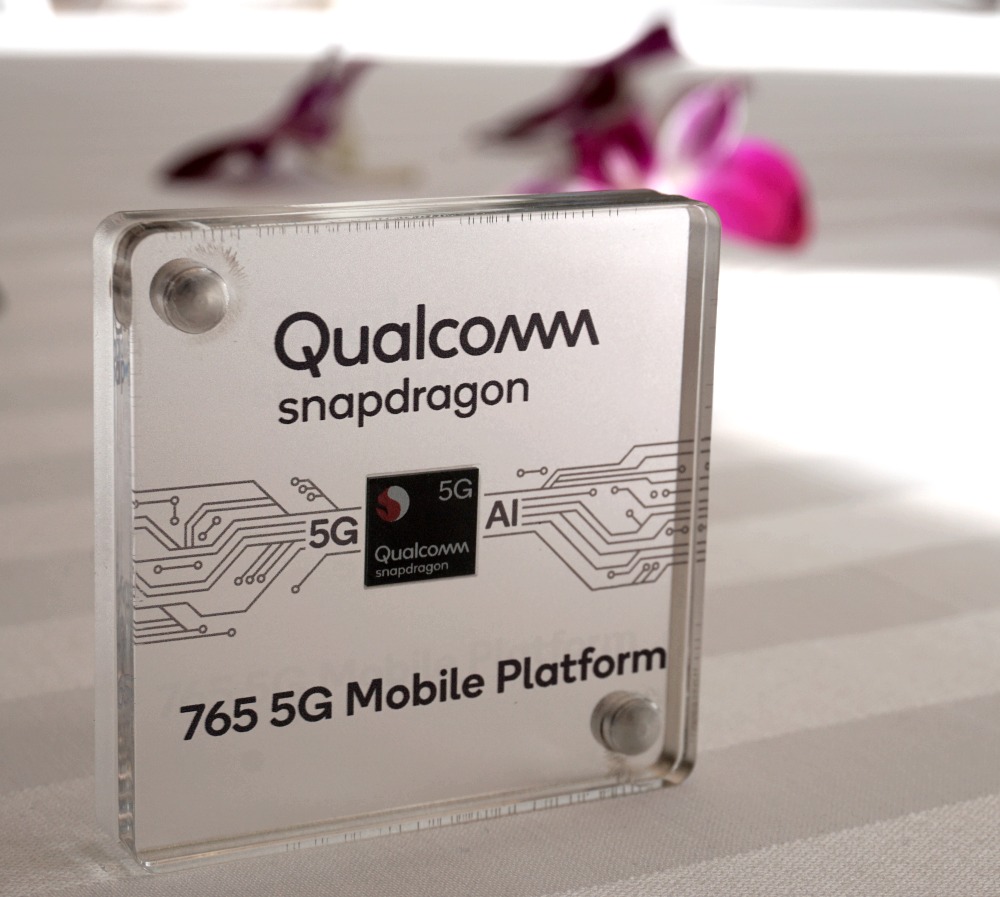 All said and done, Snapdragon 765’s integrated Snapdragon X52 5G Modem-RF System (a solution that combines Modem, RF Transceiver and RF Front-End components), is the perfect option to reduce integration complexity while still offering a fairly capable high-end processor that will be well appreciated by many consumers.

Read Next: Oppo Reno 3 Pro launching this month is powered by the Snapdragon 765G