Note: This article was first published on September 15, 2016. 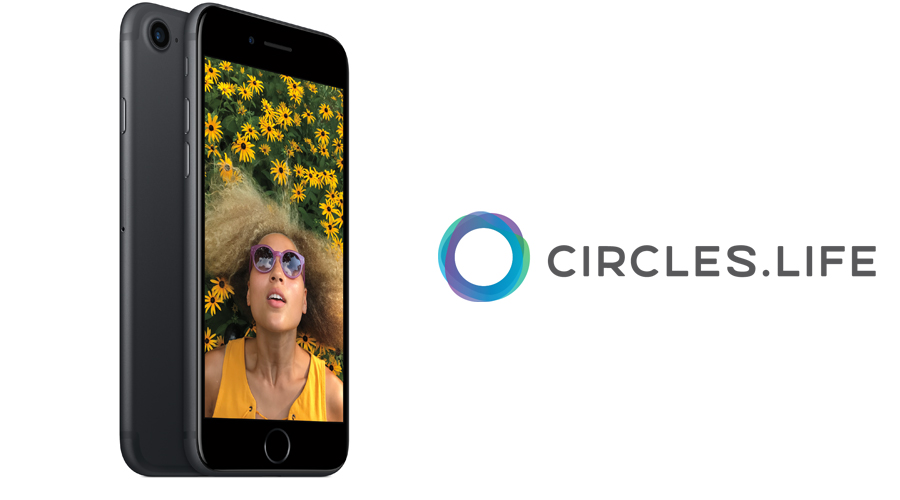 By now, your average Singaporean phone user should be familiar with how the traditional telcos bundle the iPhone into their price plans. Conventionally speaking, the plan ties the user to the telco for 24 months. The user will still pay the same monthly fee even after the bundled cost of the smartphone has already been paid off within the 24-month contract.

While it was a tidy arrangement for folks who change smartphones every two years, it wasn’t as perfect for users who do not follow the upgrade cycle. Basically, you’re paying the same amount every month, while shelling out money on the side to pay for no-contract devices.

According to Circles.Life, this extra service also helps their subscribers avoid making a physical trip down to a shop to buy their iPhone 7 or iPhone 7 Plus. They were keen to add that the entire process can be done online, or via their Circles.Life app.

To prove their point, Circles.Life sent us a simple cost-savings calculation by comparing costs. It was done across a Singtel plan with a bundled device, versus a similar but independent Circles.Life plan while. factoring in the cost of getting a no-contract phone. The two examples below are specifically for the iPhone 7 and iPhone 7 Plus, 32GB and 256GB versions.

Disclaimer 1: The claims and numbers in the table are provided by Circles.Life, and HWZ only checked it for any rounding or calculation errors.

Disclaimer 2: We are also aware how a comparison between bundled phone plans versus an independent phone plan with phone price included isn’t exactly apples-to-apples, which is why this was not included in our typical price plan comparison coverage. 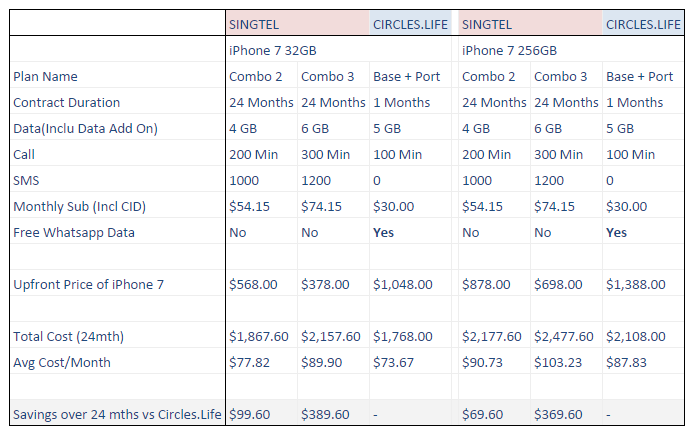 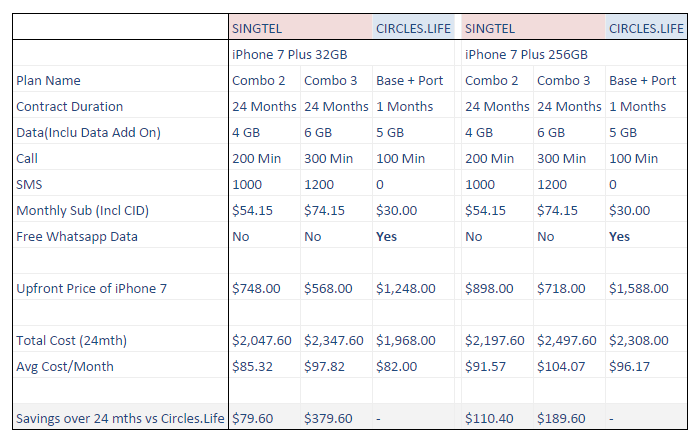 Head on to our next page to see what else Circles.Life said about their no-contract phone’s installment payment service.