Applications of Project Tango and Conclusion

How does one find his or her location outdoors? By GPS usually. But what about indoors? With Tango’s ability to learn an area and recall, places of interest, such as museums, can deploy Tango to help visitors locate where exactly they are, or direct them to where they would like to go. In fact, Barcelona’s museum did exactly that.

Due to lack of depth sensors, as well as limitations in computer vision techniques in determining surfaces and object edges, ordinary phones are not able to extract proper context of the environment, hence they are not able to properly size the overlaying 3D model for augmented reality.

Since Project Tango is capble of mapping out 3D space of an environment, it is able to accurately determine surfaces, and resize the overlaying 3D model to fit into the environment. Overlayed 3D models would then not look out of place.

Combined with motion tracking, the 3D model will stay in its place even when the user moves, thus allowing one to make use of true augmented reality to inspect the model closer.

This will give rise to applications in virtual home shopping, education, or simply just plain fun AR games. 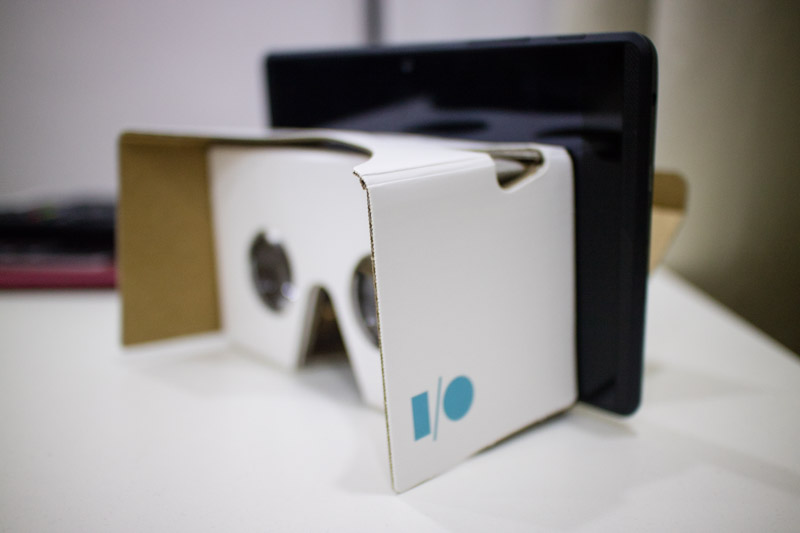 At I/O 2016, VR has hogged much spotlight in the keynote. VR in its current form however, has its limitations.

For one, you can't actually move within the VR world without an explicit form of input for movement. Put it simply, even if the VR user walks on his or her feet, he or she will still be stationery in the VR world - not counting HTC Vive as it uses room-scale sensors to bridge that limitation. But apart from that headset, the other VR headsets can't track relative motion yet (which is not the same has head tracking, which is supported). Also, there are limitations in implementing AR through VR headsets, because current VR headsets are not able to map 3D environments. This mixing of AR with VR is also termed as mixed reality - something that Microsoft's HoloLens is closest to achieving convincingly.

In the current state of VR, it’s just fully immersive virtual reality, with movements usually input by a controller - not really immersive, if one really thinks about it. You might say HTC Vive allows for movement, but at its current stage, it requires too much unblocked space and the headgear requires to be tethered to the PC, thus giving rise to backpack gaming machine concepts.

Project Tango overcomes these two problems of VR; as a Tango device, not only is it able to track motion, but it can also achieve true augmented reality. A user can actually move around in VR space purely by walking. He or she can even, for example, brandish a virtual sword, as the Tango is able to track features and overlay a 3D virtual sword over one's hands. That will then truly be immersive VR.

Daydream may be Google’s conventional answer, or some say catch-up, to its competitors in the VR space, such as Microsoft’s HoloLens and Oculus Rift. However, Project Tango is probably the company's end-goal of how VR should actually work - VR without any physical controls and with mixed reality capability.

While this Project Tango dev kit is running on an old version of Android, Google has stated that Android N itself will support reading of sensors that are of six degree-of-freedom type (6DOF), as well as depth camera sensor type, both of which are fundamental ingredients for Project Tango. While there’s no word on whether the dev kit will ever receive Android N, we will see if other Tango devices, such as the Lenovo Phab 2 Pro, will have Android N baked in, and how it will fare against the dev kit. Stay tuned for a future update as we explore the Lenovo Phab 2 Pro.