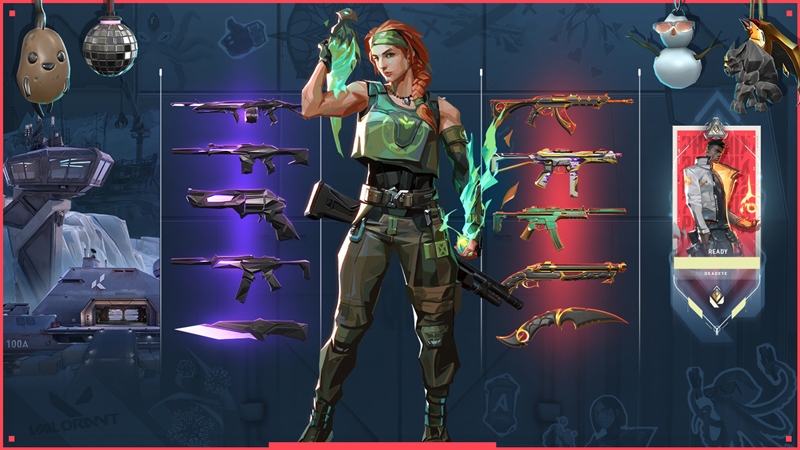 Oh, it's a Valorant player! Come in, come in - prop up your gun against the wall and have a seat. You must be exhausted from all the intense matches you've had, no?

Well then, sucks to be you, pal, because there's no time to rest - the Act 3 update is just around the corner, October 13, to be exact. Earlier this week, the folks at Riot Games let us in on a special sneak preview of the Act 3 material, and we had a pretty good time trying out all the new stuff. But hey, since we're going to be here for a while, why not we start off with a nice cold one from the fridge? After all, that's what Riot is doing with the new Icebox map.

The cold never bothered me anyway 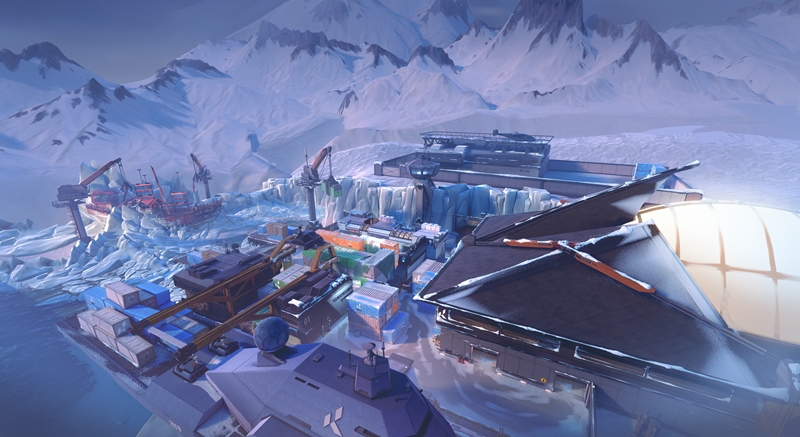 Well, now it might. Especially when an enemy could be lurking just around the corner, or zooming in on you from afar with a sniper rifle. Those aren't just statements, though.  According to Riot and our own explorations, Icebox is going to be a real treat for snipers and those who favour ambush-style tactics. Taking place in a secret Kingdom excavation site in the Arctic, the map sports horizontal ziplines and long sightlines, the latter of which makes it a haven for those who fancy themselves pretty good with the Marshal or the Operator.

Aesthetically, it bears a striking resemblance to the Ecopoint: Antarctica map in Overwatch, in terms of the whole secret facility vibe and all that. But while the latter places a greater emphasis on multi-level engagements, Icebox is all about "horizontal finesse" as Riot puts it - the ziplines provide Agents with an easy way to traverse the map and get the drop on unsuspecting enemies, especially if you're playing Duelists like Reyna or Jett. 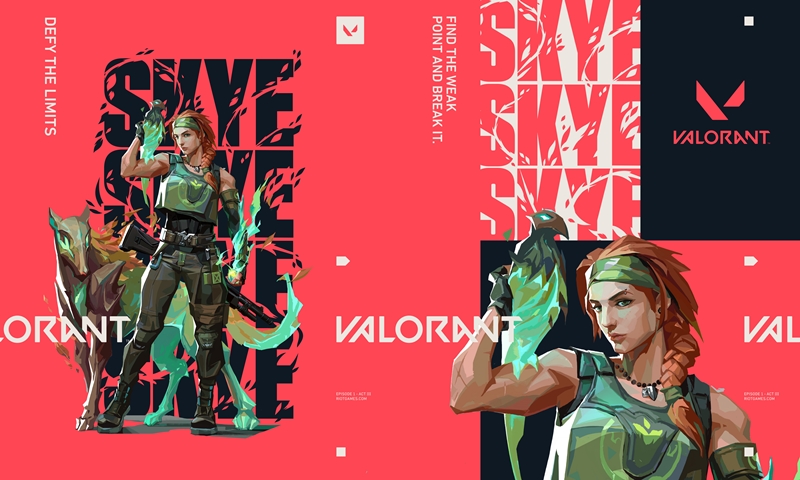 Welcome to the main course. Valorant's new Australian Agent Skye is a spirit-wielding Initiator with a diverse set of team utility and offense in her kit. Her abilities are all activated via trinkets, which she has to first equip in hand before she can activate them. Of course, this means that she'll be weaponless during those few instants, so players will need to be extra careful when they bring them out. 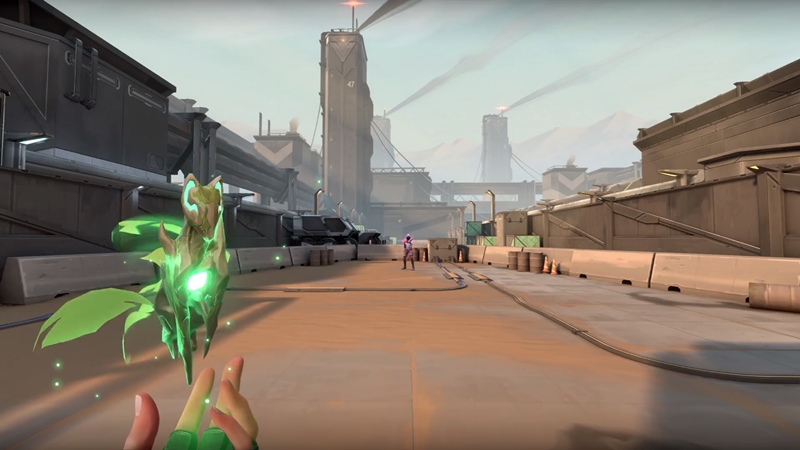 Her first ability is the Trailblazer, which equips a Tasmanian Tiger trinket, allowing her to send forth a tiger spirit for a period of time. This spirit can be controlled by the player, and upon pressing the fire button again, it will leap forward and damage enemies with a powerful concussive blast. Notably, this makes it pretty useful as a scouting and initiation tool, although controlling this spirit will leave her main body vulnerable to attack. 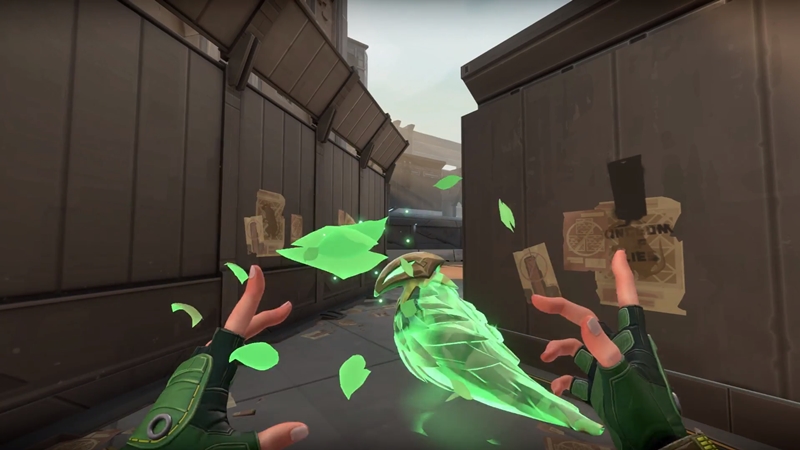 Skye's second ability is Guiding Light, and it manifests in the form of a Hawk trinket. Upon activation, Skye sends a glowing hawk in the direction of her crosshair, and she can hit the fire button again to momentarily blind enemies. A hit notification will be played if an enemy is within range and in line of sight. However, as powerful as this ability is (it's basically a flashbang), the flash can stun both yourself and your teammates as well as enemies, so proper team coordination and timing is key if you want to get the most out of it. 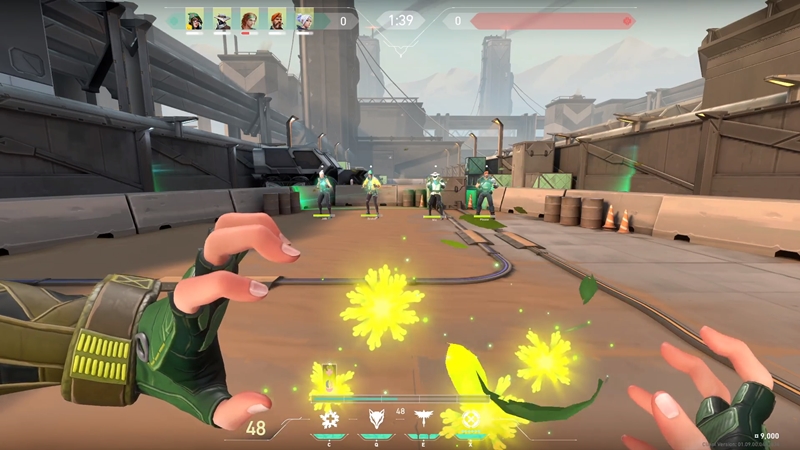 Skye's third ability is Regrowth, and it's a rather powerful area-of-effect heal-over-time ability that depletes her "healing pool". However, it does come with two catches - the first is that Skye is unable to heal herself with this ability, and the second (which is extremely important) is that teammates will need to have line-of-sight with Skye for the healing effect to go off. Yes, this means no cheesy heal-through-the-wall strategies. 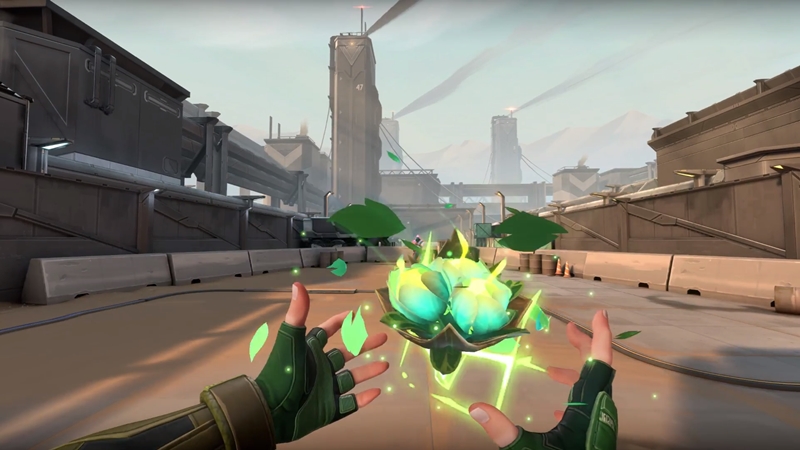 Last but not least, Skye's Ultimate is called Seekers, and it's basically Sova's Recon Bolt on steroids. Three of them, no less. After deploying the Seekers, the projectiles will home in on enemies wherever they are on the map and nearsight them if it manages to get close enough. The Seekers can be destroyed by shooting, though - so an eagle-eyed enemy might be able to eliminate them before their location gets revealed.

On the whole, Skye's game plan is highly reliant on good timing and effective team coordination, perhaps even more so than any of the existing agents. Her abilities are kind of in the high-risk, high-reward department when you really think about it, as an ill-timed Guiding Light proc can basically screw up the entire engagement for your team, although the opposite is also true. In that sense, Skye's probably best used in a premade with your friends, but don't take our word for it - go nuts and have fun using her.