Preview: The ASUS ROG GT51 is a hulking beast of a desktop 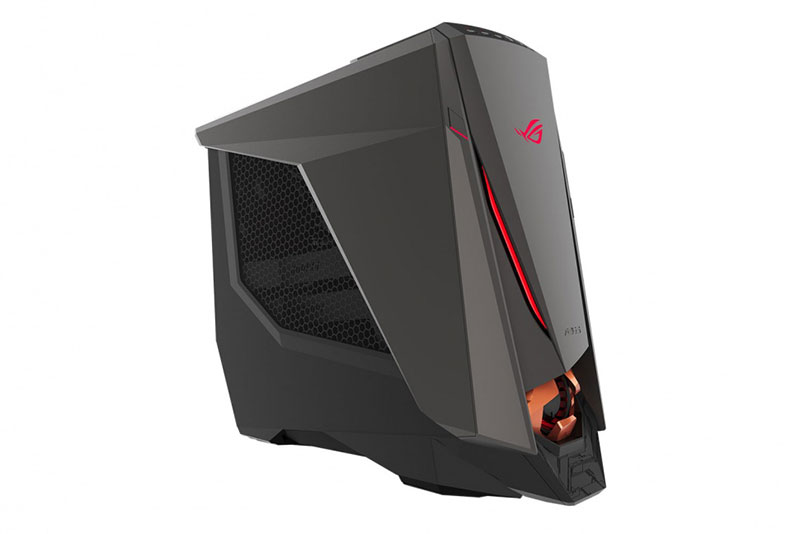 Luxury comes in many forms

These days, the ASUS Republic of Gamers brand is pretty much synonymous with high-end – and pricey – gaming hardware. For the most recent example of the kind of extravagance that the ROG brand pumps out, just look at the liquid-cooled ROG GX700 notebook.

And if you have a liquid-cooled notebook already, why not make a desktop that offers the same? The new ROG GT51 effectively brings the over-the-top design ethos that characterized the GX700 to a desktop, and the result is yet another blazing fast speed demon, albeit one that is a lot larger (and a lot more powerful).

But when it comes to boutique gaming desktops like the GT51, there are a lot of other factors to take into consideration other than performance. You can’t exactly build your own gaming laptop, but you can certainly put a desktop together, and often at a considerably cheaper price. As a result, it all seems like it boils down to one question: What does this pre-built desktop offer me that a DIY system does not?

However, that seems to us the wrong question to ask. DIY and boutique systems appeal to overlapping, yet still distinct, crowds, and proponents for either side will always have ample material to back up their arguments. For instance, there’s no challenging the fact that a DIY system will usually cost you less. On the other hand, those who favor pre-built systems will argue that the sheer convenience, including the full system warranty, makes the extra cost worth it.

With that said, ASUS’s latest liquid-cooled desktop is a boutique system for the hardcore gamer that wants zero fuss. ASUS took out all the big guns when it came to the ROG GT51, and all we really need to say is that there is quite literally no game you cannot run with the top-end configuration.

Just how powerful is the ROG GT51? Well, the top-end configuration, which also happens to be the one ASUS sent us, features an Intel Core i7-6700K (4.0GHz, 8MB cache) processor, 64GB of DDR4 RAM, and not one, but two, NVIDIA GeForce GTX Titan X cards in SLI. With that out of the way, the dual 512GB M.2 PCIe SSDs in RAID 0 and a secondary 7,200RPM 2TB HDD are just the icing on the cake.

Those specifications sound like a dream, but there’s just no sidestepping the price, which has been set at a stratospheric S$7,498.

Fortunately, the GT51 is also available in a couple of other more modest, but still not exactly affordable, configurations for those of you (let’s face it, that’s most of us) who don’t want to pony up almost S$10,000 for a desktop.

There’s just one problem – the release of NVIDIA’s Pascal-based GeForce GTX 1070 and 1080 cards means that the cards offered in the GT51 just became last generation’s models. They’re still beasts in their own right, but it now seems slightly odd that a new premium desktop should come with the previous generation’s cards. This also isn’t helped by the fact that the new Pascal GPUs are reportedly even more powerful, and cheaper, than the Titan X.

With that said, ASUS hasn’t given any indication as to whether it plans to update the GT51 with the new cards, but it seems reasonable to expect them to do so further down the road.

How does the gaming desktop beast look in detail and what are some of the core ASUS features you can expect it to sport? More photos and details await on the following page.