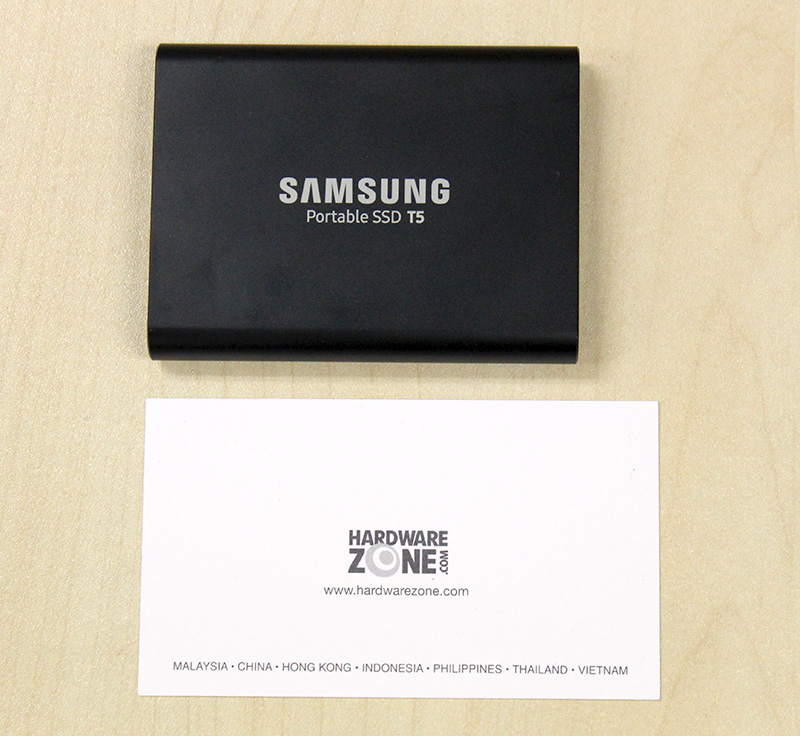 In terms of design and size, the new Samsung Portable SSD T5 is identical to the T3. It is very small, about the size of a typical name card and weighs just slightly over 50g. The Portable SSD T5 features an all-aluminum chassis to help dissipate heat and comes in blue and black finishes. The Portable SSD T5 is available in 250GB, 500GB, 1TB, and 2TB capacity points - identical to the T3. The smaller 250GB and 500GB models come in blue, while the larger 1TB and 2TB models come in black. 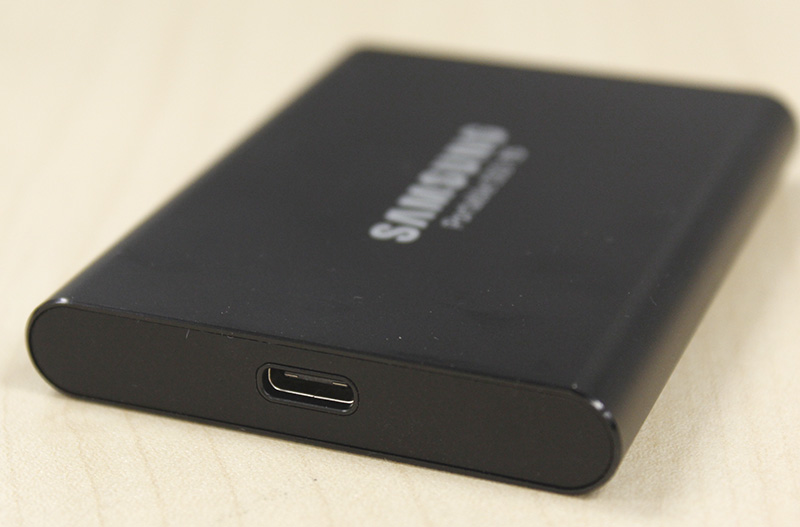 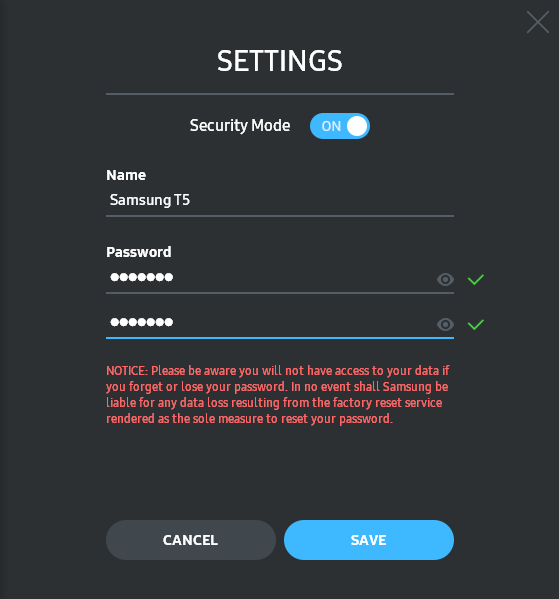 On the software side, the Samsung Portable SSD T5 comes bundled with the Samsung Portable SSD security software. This allows users to enable “Security Mode”, which is basically a password protect feature for the T5 that enables 256-bit AES encryption. This is disabled by default, but users can activate it by entering a password of their choice. A word of warning, however, there is no way to reset the drive if you forget your password. If you do forget your password, the only fix is to bring to Samsung and have them factory reset it for you, but doing so means you lose all your data. 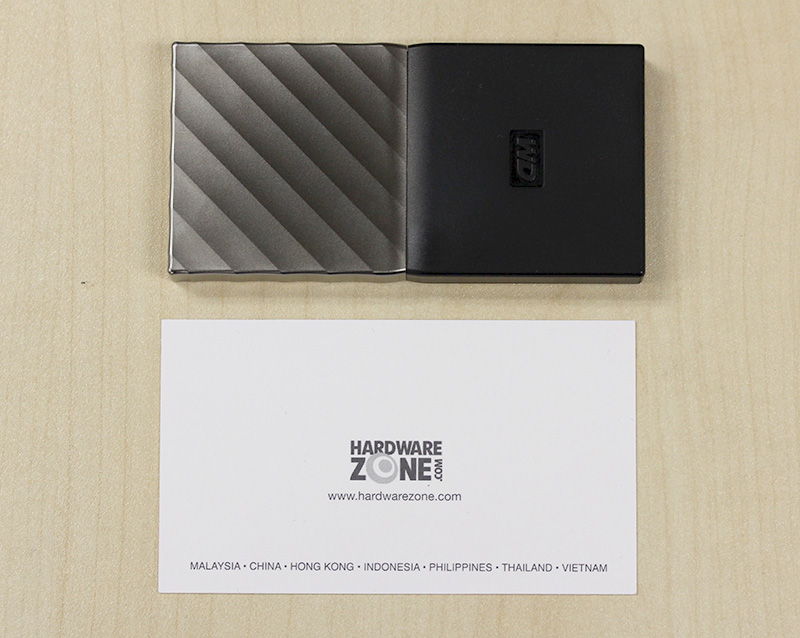 After acquiring SanDisk, WD wasted no time in releasing a string of SSD products. The My Passport SSD is its first portable external SSD and, on paper, it sounds like a keen contender.

It is the largest of the trio, but not by a whole lot. It is roughly the size of large Zippo lighter so it will still fit easily into your pockets. It is also the second lightest drive here at just 40g. However, unlike the ADATA SE730H and Samsung Portable SSD T5, the My Passport SSD has a plastic chassis. Even so, it doesn’t detract from its performance. In fact, WD says the My Passport SSD is built to withstand drops of up to 1.98 meters. In addition, I would argue that the My Passport SSD looks the most interesting of the trio. The alternate finishing on the chassis is quite attractive and certainly more interesting than the SE730H or T5. 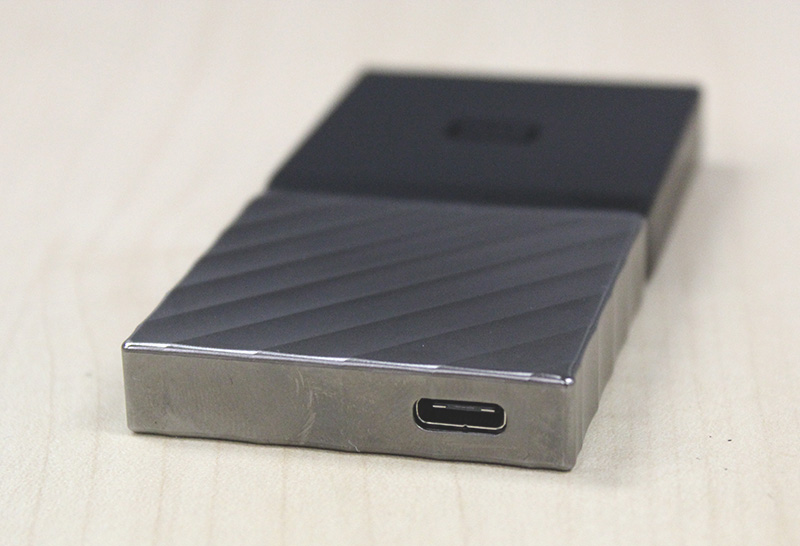 Like its competitors, the My Passport SSD relies on a USB Type-C connector and supports USB 3.1 Gen 2 speeds of up to 10Gbps. To ensure maximum compatibility, the My Passport SSD also comes with a handy USB Type-C to USB Type-A adapter so that you can use it with devices that do not have USB Type-C ports. Unsurprisingly, if you peel open the chassis, what you will find inside is an M.2 SATA drive that is based on the SanDisk X400 SSD. This means a Marvell 88SS1074 controller paired with SanDisk TLC NAND. WD claims data transfer rates of up to 515MB/s. The My Passport SSD is available in 256GB, 512GB, and 1TB capacities.

Similar to the Samsung T5, the My Passport SSD comes with WD Discovery, a suite of backup and drive utilities. The most important of them all is probably WD Drive Lock, which lets users password protect their drive. It uses hardware 256-bit AES encryption. Another useful utility is WD Backup, which is a backup utility that lets user back up their system to the drive or to a Dropbox account. 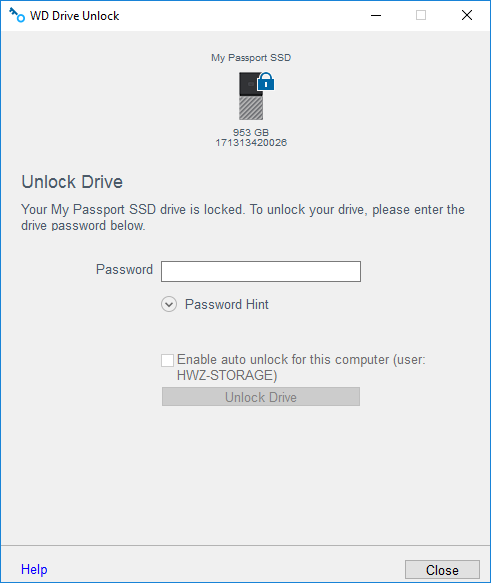 Based on first impressions, it seems like the My Passport SSD treads a middle ground between the ADATA SE730H and Samsung Portable SSD T5. Its claimed performance isn’t quite as fast as the Portable SSD T5, but it should be more rugged since it is rated to be able to survive drops of up to 1.98 meters. On the other hand, the My Passport SSD can’t match the SE730H in the ruggedness stakes as the latter has IP68 rating for dust and water resistance.