CrystalDiskMark is an easy-to-run and quick utility to use to gauge a drive’s performance. It measures sequential read and write performance and random read and write speeds of random 4KB, 4KB (queue depth 32) and 512KB data.

On CrystalDiskMark’s sequential read and write test, the trio of drives posted very comparable numbers. They were also noticeably faster than the ADATA SD700 and Samsung T3, which demonstrates the benefits of the faster USB 3.1 Gen 2 connection. 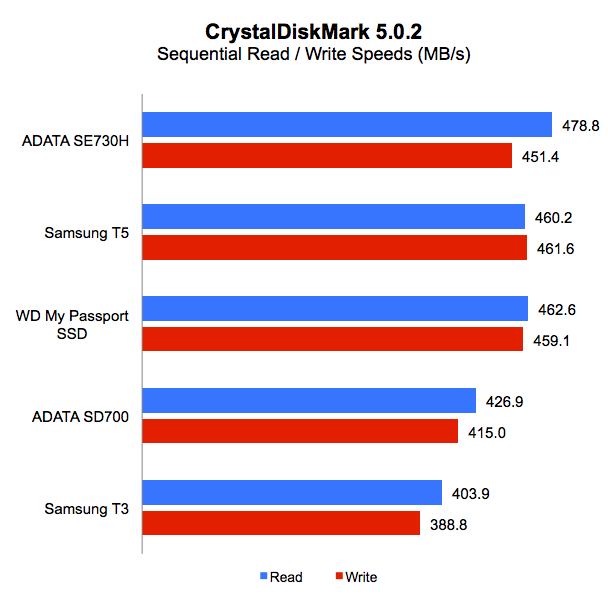 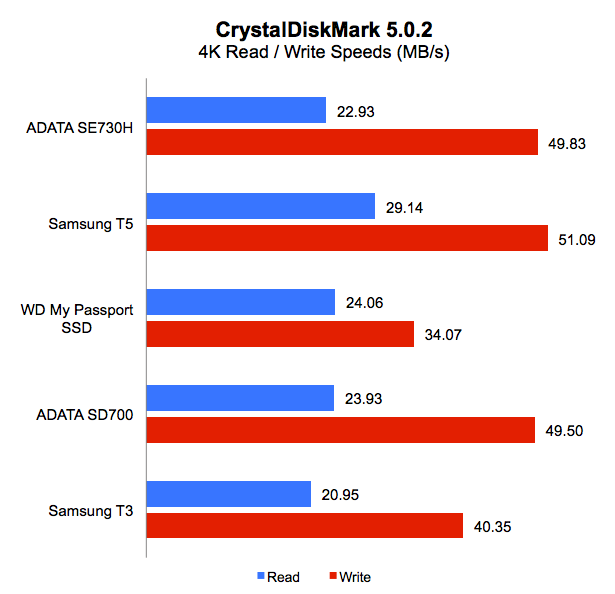 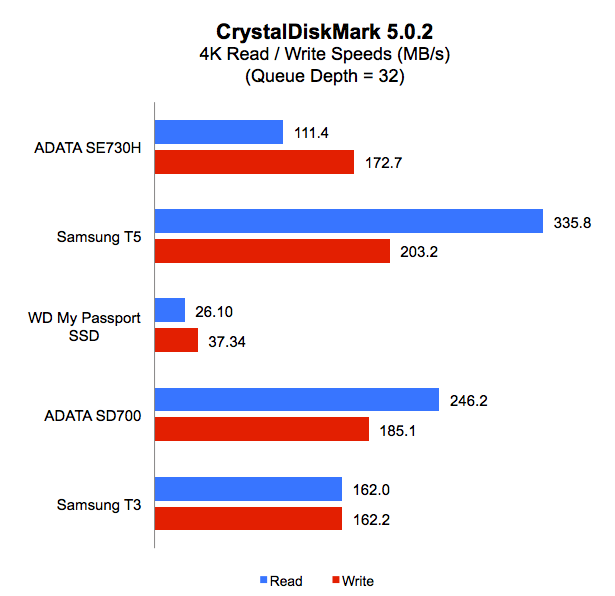