The rise of portable external SSDs

One of the biggest improvements in computing over the past few years is the increased adoption of flash storage. While it is true that CPU and GPU technology have both improved significantly over the past years as well, it is the widespread adoption of flash memory and SSDs that I think has had the biggest impact on computing experiences. Think about how much boot up and loading time SSDs have saved you. Speed aside, SSDs also have a size advantage. Today, it is possible to cram as much as 2TB of storage onto an M.2 drive the size and weight of a stick of chewing gum. That is just incredible. 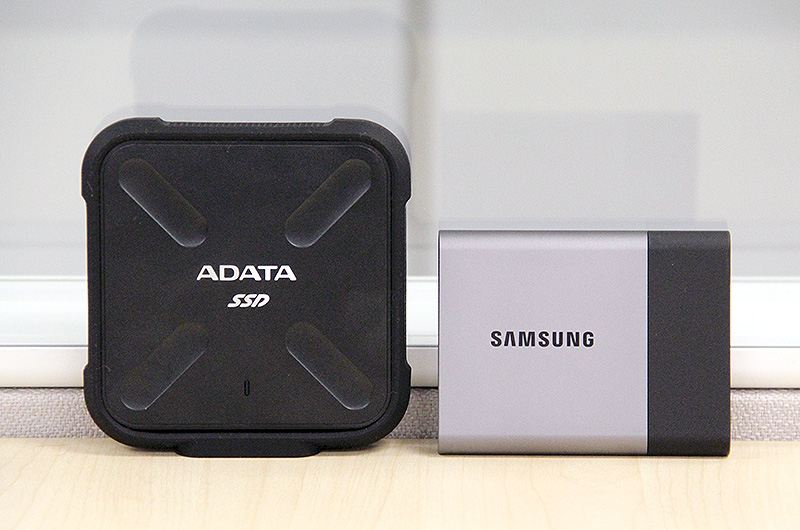 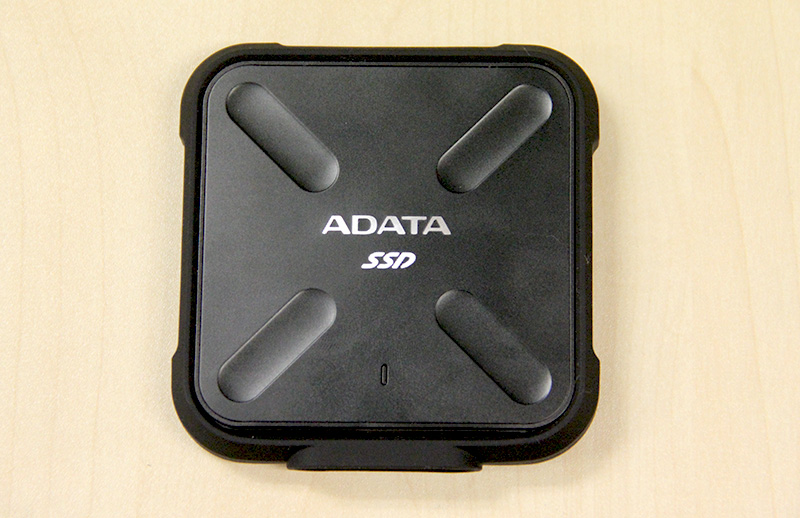 The ADATA SD700 features a square metallic case and the chassis is protected by a ring of rubber. It was designed to be one of the first dust and waterproof portable external SSDs. In fact, according to ADATA, the SD700 passes IEC IP68 specifications. This means it is dust tight and can stay submerged in 1.5 meters of water for up to an hour. Additionally, the SD700 also passes the U.S. Army MIL-STD-810G 516.6 shock and drop resistance standard. What this all means is that the SD700 is a super tough portable external SSD.

In terms of size, the ADATA SD700 is quite a bit larger than the Samsung T3, but it still remains very compact. It is still possible to fit the SD700 into the pocket of your pants, but it is going to be a bit more of a squeeze. 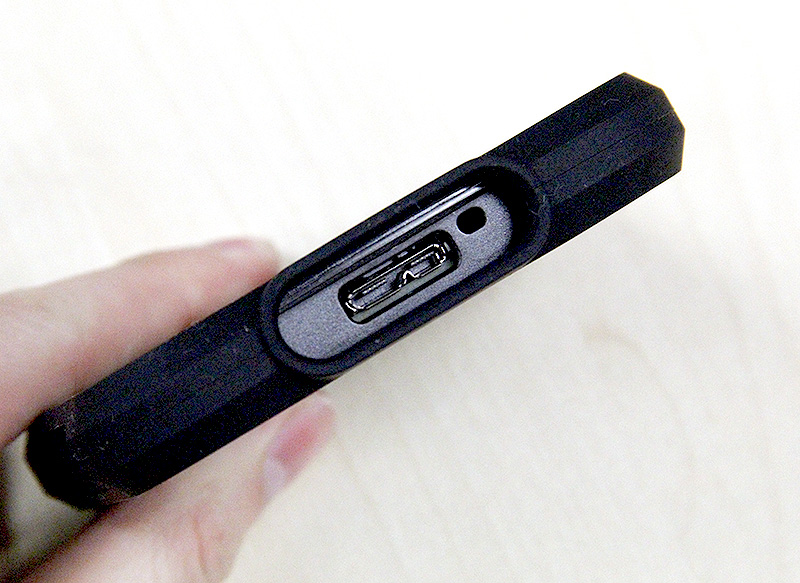 The ADATA SD700 doesn’t support the newer USB Type-C connector nor does it support faster USB Type Gen 2 or Thunderbolt 3 speeds. Instead, it supports USB 3.0 and features the same single USB 3.0 Micro-B port that we see on so many other USB 3.0 portable external hard disk drives. A single USB 3.0 to USB 3.0 Micro-B cable is provided for users to connect the SD700 to their systems. The cable is of a fair length, but it is quite thick and therefore makes the SD700 more cumbersome to carry around. An integrated connector would have been a much more elegant solution, but I have yet to see an external portable SSD with such a feature. 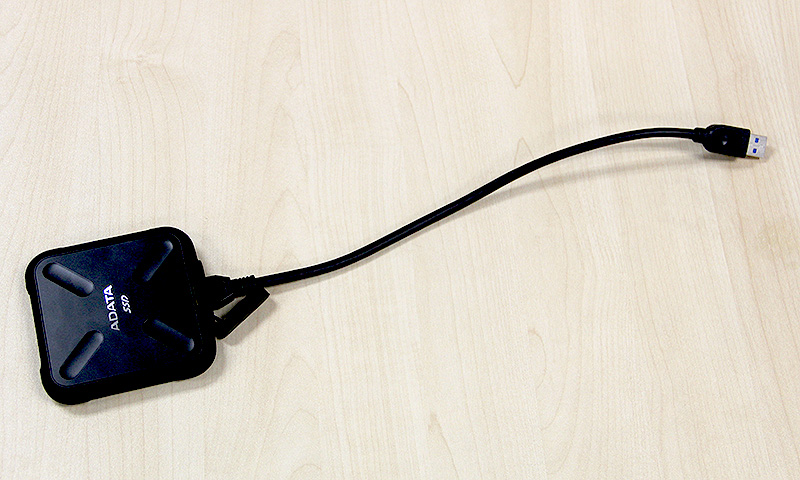 Like the Samsung T3, the ADATA SD700 also supports UASP. UASP or (USB Attached SCSI) protocol is a standard aimed at improving USB 3.0 performance by transferring data and commands in separate "pipes" and executing multiple commands in parallel. So if you have a compatible system (most modern systems running Windows 8 and Mac OS X 10.8 and above should support UASP), one can expect better performance.

Unfortunately, unlike the Samsung T3, the ADATA SD700 does not come with any built-in security features. So while the SD700 is extremely sturdy and rugged, protecting your data from unauthorized access would require users to take measures of their own. 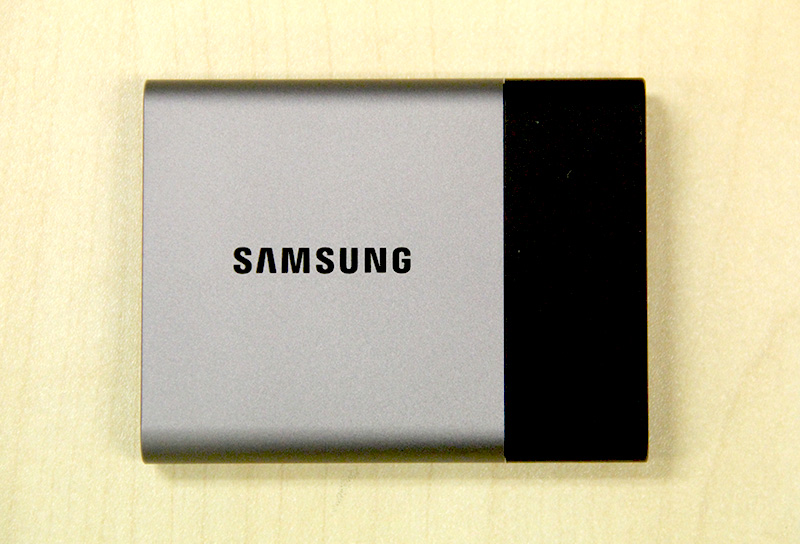 The Samsung T3 was previously reviewed here, so I’m going to be brief in my introduction.

The Samsung T3 comes in a mostly metal chassis (to improve heat dispersion) and is wonderfully small. It is so small that it will slip into pockets easily. However, the same design issue that plagued the original T1 is present in the T3 as well. And that is the supplied USB cable, which is long and cumbersome to carry around. An integrated retractable USB connector would have been a much more elegant solution.

Inside, the T3 uses components found on Samsung’s SSDs. There’s the MGX controller and four NAND packages which are made up of Samsung’s new high-density 48-layer 256Gbit TLC V-NAND. 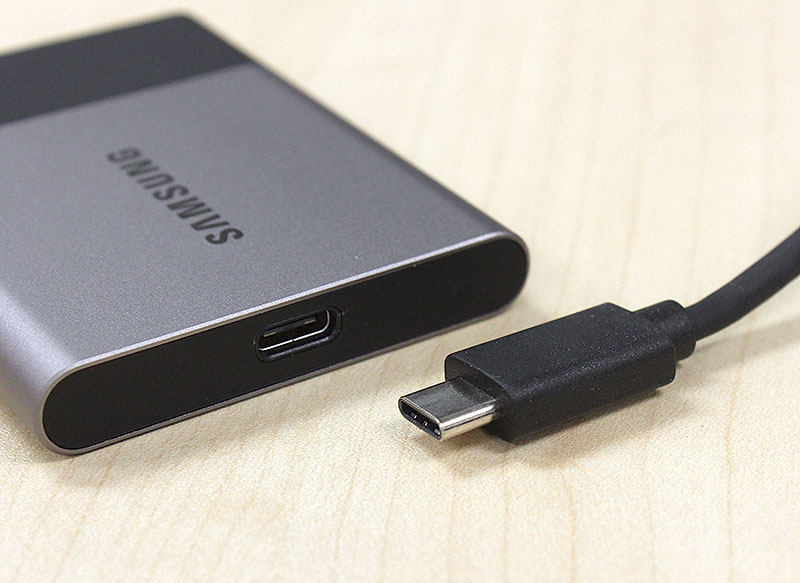 The T3 also comes with a USB Type-C connector and supports the newer USB 3.1 standard, but only up to 5Gbps. This doesn’t really affect performance and or usage (since the bundled cable still terminates in a USB Type A connector), but it’s something users should take note, especially if you forgot to bring the bundled cable along with you. 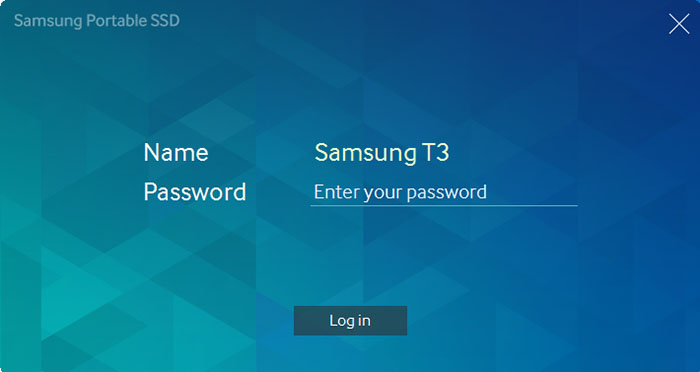 The T3 has an emphasis on security and supports 256-bit AES encryption. When you first plug the T3 into your system, the security program will run and prompt you to setup the T3 with a password. Be careful, though, the password cannot be reset on its own, so make sure you remember it. If you happen to forget your password, the only solution is to bring it down to the service center and have it reset by Samsung. This all or nothing approach sounds a little drastic, but it’s actually the most secure.