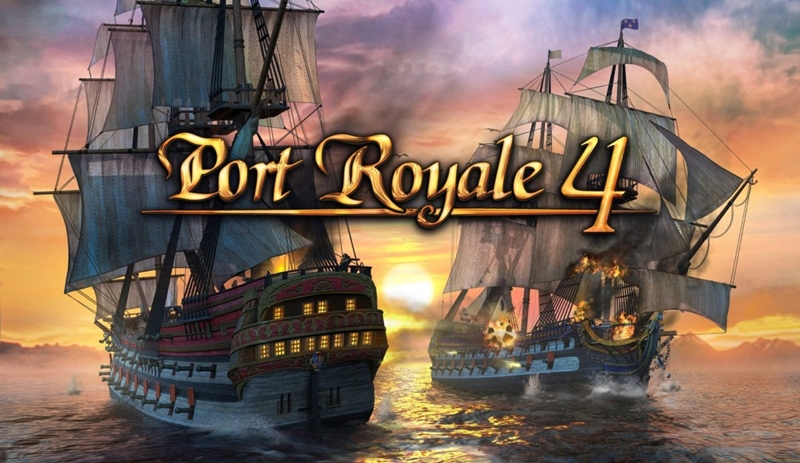 When it comes to economic simulators and city-building games like Tropico or SimCity, there's always a very fine line developers have to toe between maintaining realism and improving accessibility, and the verdict on such games tends to vary depending on what the player focuses on more.

Some players appreciate the multi-layered considerations that go into making real-life economic decisions, and as such, they would prefer that same level of complexity replicated in-game. Meanwhile, on the other side of the fence, there are also players (like me, for example) who would just prefer to build a prosperous city and feel good about maintaining their little "flower garden" without worrying too much.

Essentially, it's about finding the right compromise for both parties that sets apart the good games from the great ones, and I'm happy to say that the Port Royale 4 beta paves the way for a title that can probably do just that.

Sailing with a tailwind 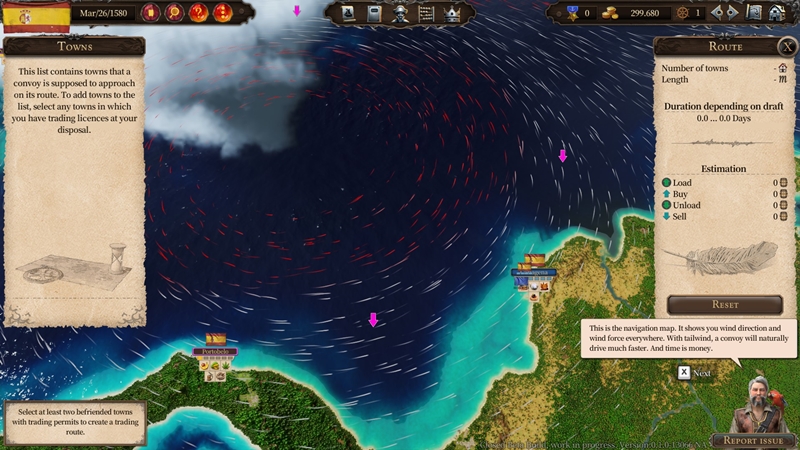 First and foremost, don't get me wrong; both perspectives are correct in and of themselves. I do appreciate having some measure of repercussions when I go about my business in such games too  - that's where the challenge comes in, after all. But I don't like getting completely obliterated for minor screwups either, else that game might as well be the economic sim equivalent of Dark Souls.

So, what winds are blowing in Port Royale 4's favour? To address that, first, you'll need to know what the game is about. Developed by Gaming Minds and published by Kalypso Media, the game lets you run your own little settlement in the Caribbean - the titular Port Royale and naturally you're tasked with developing it such that it either grows and thrives or crashes and burns. More specifically, you'll be managing maritime convoys, resource production and trade relations with the other Caribbean settlements, while avoiding (or engaging in) piracy. 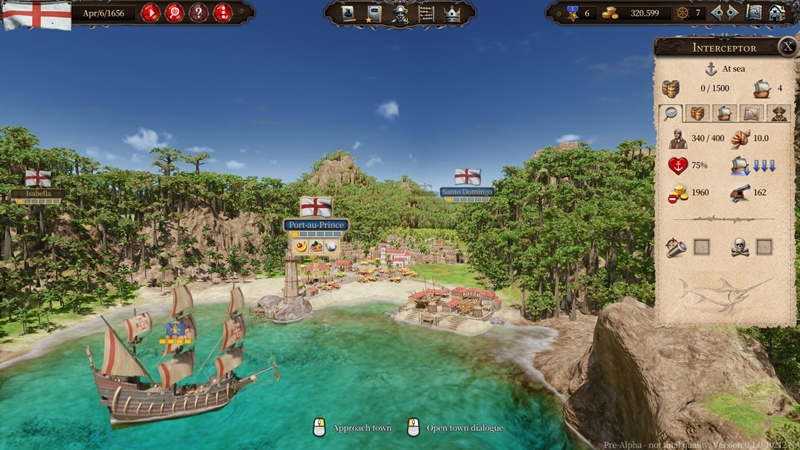 Booting up the tutorial, the game already checks the box for authenticity, as the guides and interfaces are all done as if they were printed on manuscripts from that time period. In fact, your mentor is a salty old sailor by the name of Sammy, which is about as Caribbean-ish as it gets. Graphics-wise, things are also looking pretty peachy - the landscapes and detailing for the towns look fabulous for a trading sim, although the zoomed-out world map view still feels a little "empty". Perhaps it's because I didn't get far in enough to see a multitude of convoys sailing in all directions, so that's probably just me.

Also, as implied above the developers have achieved an acceptable balance between the "immersion" and the "playability" aspects of an economic sim. This already earns it a massive amount of points in my book, but let's go over some parts of the "why".

As the fellow in charge of Port Royale, you have the authority to create trade convoys, assign vessels, initiate trade routes, and all the other stuff you'd expect from such a position. Of course, that means you'll also hold some sway over the economic demand and supply on the market like in most trade sims, but what really caught my eye here was in the presentation. 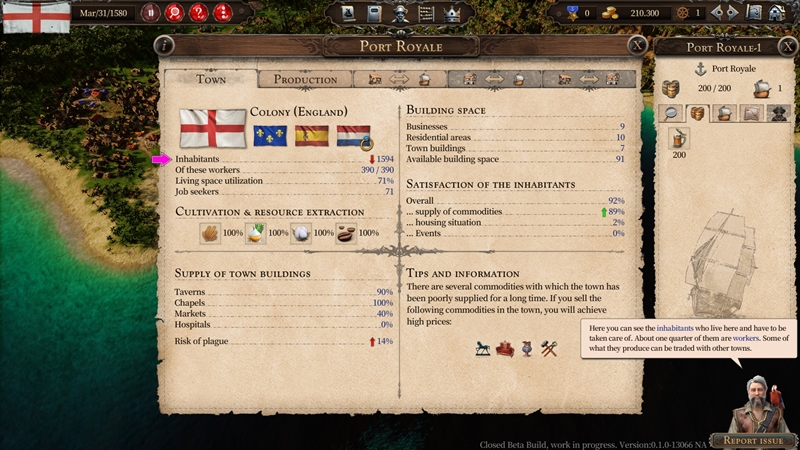 Basically, Port Royale 4 provides you with various interfaces that tell you whatever you need to know without going too in-depth. I particularly liked that you could see how your transactions into and out of that settlement's market would affect the demand and supply. What's more, it's all done via a simple gauge, making it easier for beginners to get the hang of it while still being respectful of what veteran players look for in a trading sim.

Of course, as the game progresses and your fleet gets bigger you'll also need to start managing things at a macro-level. Create and implement trade routes, assign captains to lead and enhance your convoys, and much more - there's an entire pile of options for you to toy with, and it's all explained in a form that is reasonably easy to digest and remember. 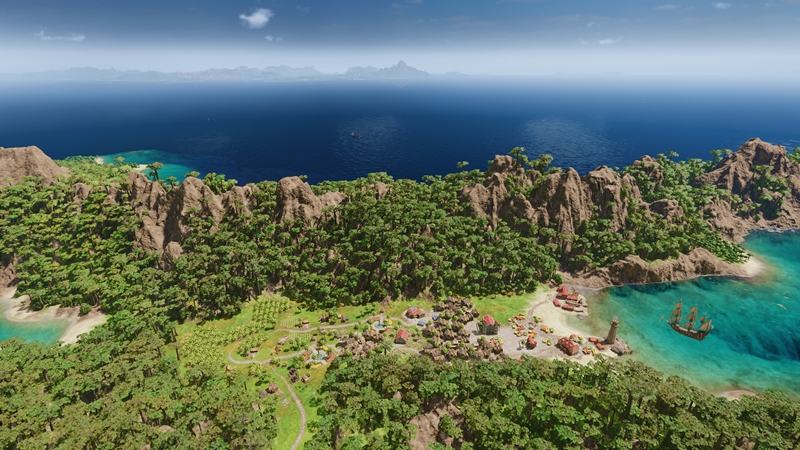 But even the gentlest seas will sometimes have a storm or two, and Port Royale 4 is no different. Despite the fact that most of the game is generally easy to understand if you put some thought into it, there comes the issue of "you still have to think about it", which can be quite a turn off for some audiences who would rather get straight into the juicy part of bashing (or becoming) maritime superpowers. It's also worth noting that the way different resources can be applied and changed into other resources can often get really confusing, and checking back on your past transactions in such games isn't as convenient as checking the scoreboard in a first-person shooter game, for example. Of course, then it prompts the question of why you'd even buy the game if you weren't intending to put in the time to learn it.

Building on the above point, as a trading sim there's still a fundamentally passive element to the gameplay, in the sense that you just go about doing your stuff in-game until something pops up that you need to address. Essentially, beyond helping Port Royale to prosper and thrive as a settlement, there honestly isn't much else to do in the game at this point. Granted, this is still just a beta, and it might be remedied once the full game comes out. I personally would really like a " Challenge Mode" where you play with special conditions applied - the idea is to add something that can jazz up the gameplay and minimise the passivity since that seems to be one of the bigger potholes at this point in time. 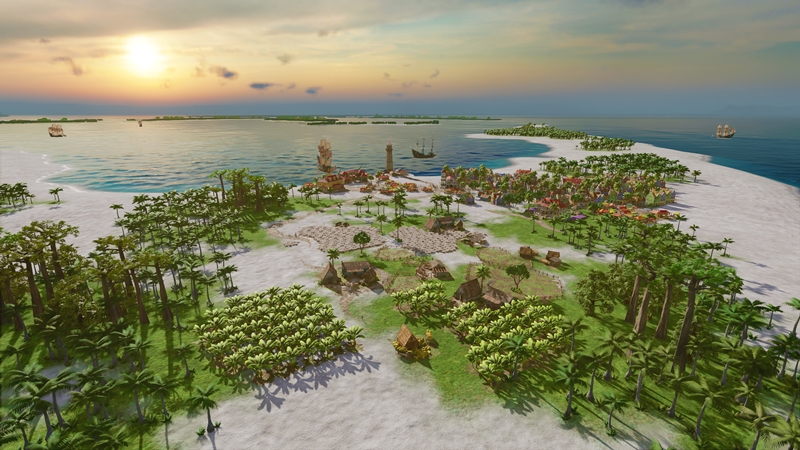 Still, if its beta is anything to go by, Port Royale 4 is really shaping up to be a highly playable economy and trade sim that almost anyone can enjoy. It's as intelligent and authentic as experienced players need it to be in terms of mechanics and yet remains simple, pleasant, and clear-cut enough for rookies and curious players to get in and get hooked without too much trouble. Suffice to say that I'm actually pretty content with it as it is!