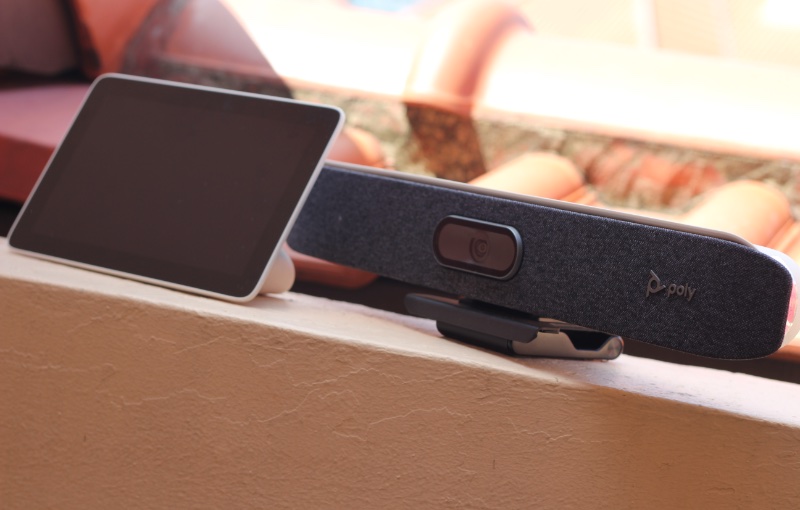 The year has not been ideal for office workers, no thanks in small part to the Covid-19 pandemic. For those who’ve been lucky enough to have employers that could stay in business, working from home became the order of the day, as we replaced face-to-face meetings with video calls. Video conferencing tools like Zoom became our BFF over this period.

Earlier this year, we announced that the Poly range of Studio X video bars was available in Singapore. These video bars are designed to enable video conferencing without the need for a PC. A bold claim, certainly, and one that we wanted to try out for ourselves.

Does it do more than look good?

At launch, the Studio X family consists of the X30 and the X50. On paper, the former is designed with smaller rooms in mind, essentially rooms that can comfortably house up to six meeting participants. In comparison, the much larger X50 is designed for larger conference rooms and up to ten participants. 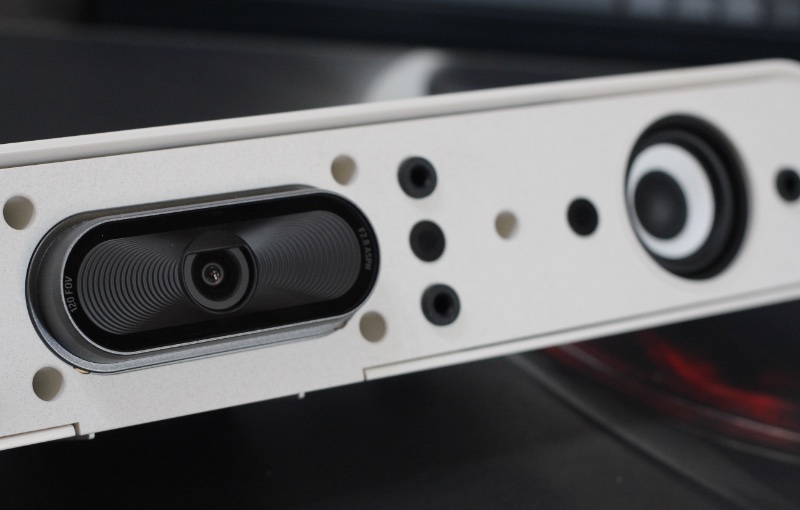 The X30 is also designed to accommodate a single speaker focus, while the X50 supports two-speaker focus. What this means is that if you have two very vocal meeting participants in the same room, the X50 can focus (and display on-screen), the two active speakers for everyone’s benefit.

Size-wise, the X30 can come across as a soundbar, albeit with a 4K video camera and four MEMs microphones. The camera comes with a removable (and magnetic) cover, while the front speaker grille can be removed to expose the microphones and speakers underneath.

The X30 can be mounted either above or below a display; we tested it mounted on top of a 4K TV, and on top of a desktop monitor. 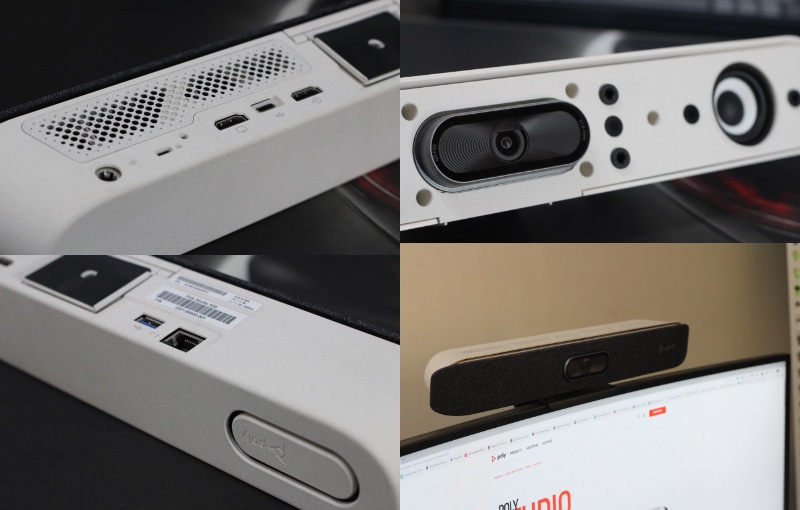 The X30 only needs power, ethernet (you can set up a Wi-Fi connection separately), and HDMI output for it to work. Built-in codecs mean you don’t need to connect a computer to get it to work. 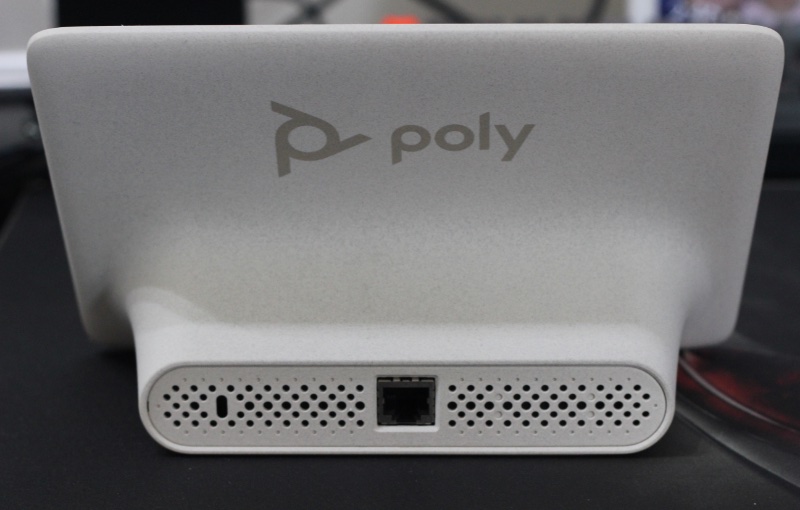 Our bundle came with a touch-enabled console, the Poly TC8, which you can place on your desk or conference table. The TC8 gets both power and data via Power-over-Ethernet (PoE), so if you don’t have a PoE-capable connection handy, you’ll need to pick up a PoE injector for things to work. The TC8 helps you join calls and share content wirelessly during meetings whether via Apple Airplay, Miracast, or through the Poly Content app.

But it is not your only option.

However, you can get away with using an iPad, if you are running Zoom on the X30, and have the Zoom Rooms app installed on the tablet. If you have a touch-enabled display to use with the X30, you can also control the device that way too, or even by hooking up a mouse to the USB inputs on the X30 itself.

Without proper IT support these days (either be it reduced support staff or one is working from home), thankfully, setting up the X30 up was simple enough; hook up the power, video output, and an ethernet cable and you’re good to go.

Our review device came pre-set to Zoom mode for native Zoom functionality; this is how we tested the X30 for the duration we had the device on hand. In Zoom mode, all you need to do is log in to your Zoom account, and you are good to go; this took all of 2 minutes to do. This is also where it’s important to note that for you to run meetings independently using the X30, this requires a separate Zoom Room subscription.

For the generalists who haven’t jumped on the Zoom or Teams bandwagon, there is also PolyOS mode, which lets you work with different meeting providers such as Webex and Google Meet from the same interface, though that needs a fair bit more work to configure and set up.

General meeting controls are accessed on the TC8, which was also quite straightforward, whatever mode the X30 is configured for.

Interestingly, the X30 (as well as the X50) is powered by a custom Android-based operating system. However, accessing the device’s configuration settings can only be done via a web browser.

Administration access is standard; you log in using a username and password. Resetting the device to default settings if you need to, is as simple as sticking a pin into the appropriate reset hole on the underside of the X30.

Powering the X30 is a Qualcomm Snapdragon 835 SoC; which apparently provides the horsepower needed to run the X30’s AI-driven software magic.

To start, the camera can auto frame (this is where the 4x zoom comes into play) and maintain focus on active speakers as they are talking or presenting. The auto framing also works if you pace around the room, with the camera smoothly “following” you as you move around. If you are an educator, the X30 could come in handy to keep online lectures more engaging. As it is, the camera’s 120-degree field-of-view easily takes in all the people in a reasonably sized room.

One software feature I really like is NoiseBlock AI, which cleverly removes any external noise picked up by the microphones such as paper rustling, or the tapping of a keyboard in the background. (Note to self, providing my significant other with a mechanical keyboard while we are both working from home may not be the smartest thing that I’ve done.)

The X30’s Acoustic Fence feature did its job as well by confining audio pickup using the X30’s beamforming microphones to a specific (and customizable) space. What this really means, is that speech within that space is picked up loud and clear, with the X30 removing all audio from outside the space. Kids yelling in the other room while you’re trying to pay attention to an important call? No problem at all.

One thing to note here is that while the X30 sports a 4K camera, neither Zoom nor Microsoft Teams support 4K video streaming; ostensibly due to bandwidth concerns. This does make the X30 arguably future proof if they start offering 4K streams sometime in the near future. For what it's worth though, in USB Device Mode, as mentioned earlier, you can record 4K, 30 FPS footage from the X30. Just make sure to use a USB-C cable.

Will it fit your WFH setup?

When Poly first announced their Studio X series of video bars last year, the line-up was aimed at what the company called huddle rooms – basically much smaller meeting rooms, powered by video and audio solutions designed for smaller spaces, geared towards collaboration and communications on a much more intimate level. 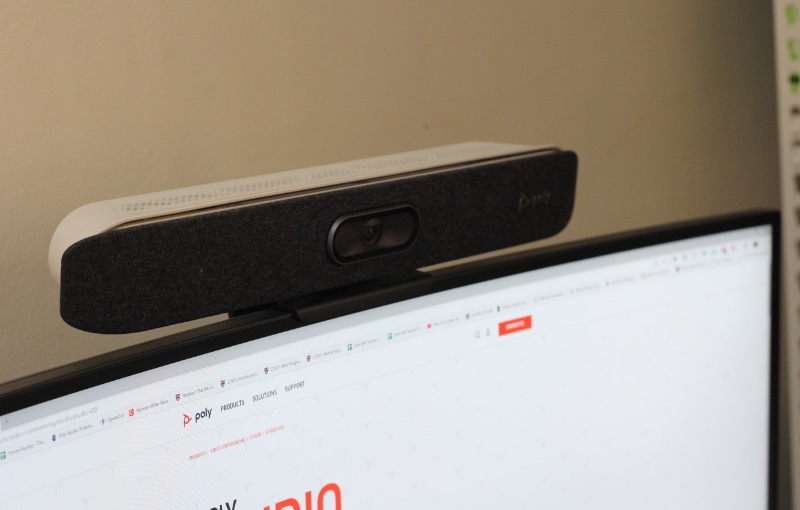 The Covid-19 pandemic, however, had the unintended consequence of making devices like the Studio X30, used in smaller spaces while the Studio X50 big brother, is making an appearance in larger SOHOs and SMBs.

Think of it more than a mere webcam on steroids.

Features like NoiseBlock AI and Acoustic Fencing are worth their weight in gold when trying to stay productive in your home office when surrounded by other family members also on video calls, kids jumping around in the background, or whether to simply block out the hammering from renovation works next door.

It is important to note that the Studio X30 is something clearly aimed at a rather specific audience. Since it can only be purchased through the Poly partner network i.e. distributors and resellers, in Singapore, it isn’t something that you can easily stroll down to the nearest Challenger outlet to purchase. With the retail price of the Studio X30 (bundled with the TC8) at US$2,199, it’s clearly not something a business can simply buy for each staff to use either.

If you are serious about getting collaborative, whether in the home office or in your office space’s new (and smaller) meeting spaces, the Studio X30 is something worth looking at. Now that we're into Phase 3 of reopening after Circuit Breaker, perhaps the Poly Studio X30 is just the right tool your office place needs to step up productivity and collaboration thanks to the advanced features it posses.