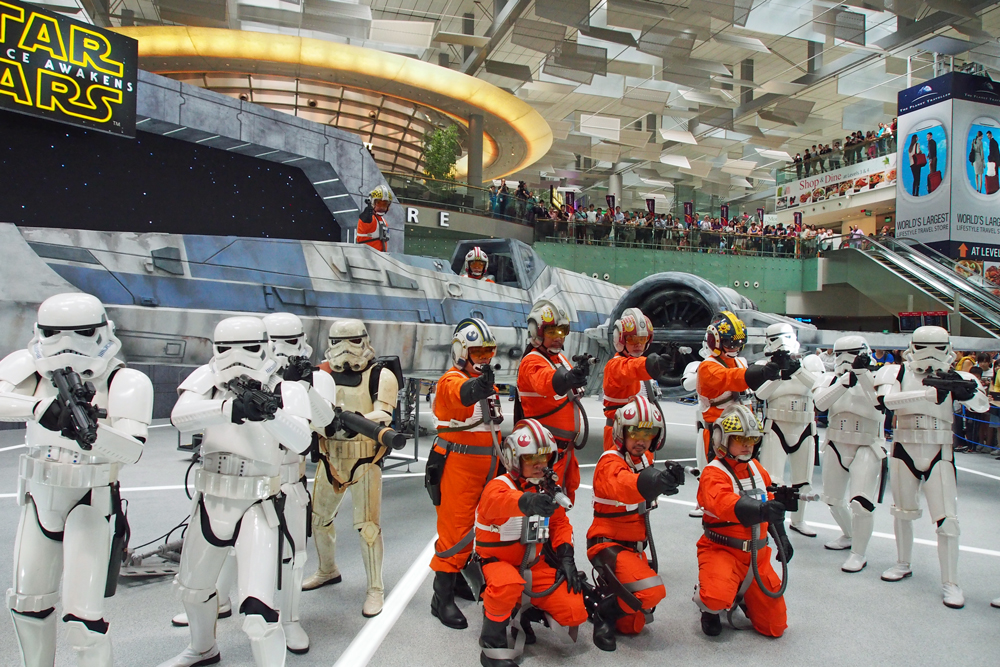 As the launch of the long-awaited Episode VII of the Star Wars series draws closer, many places are also getting in touch with the Force. If you happen to visit Changi Airport during this festive season, you will encounter various Star Wars exhibits at different terminals. 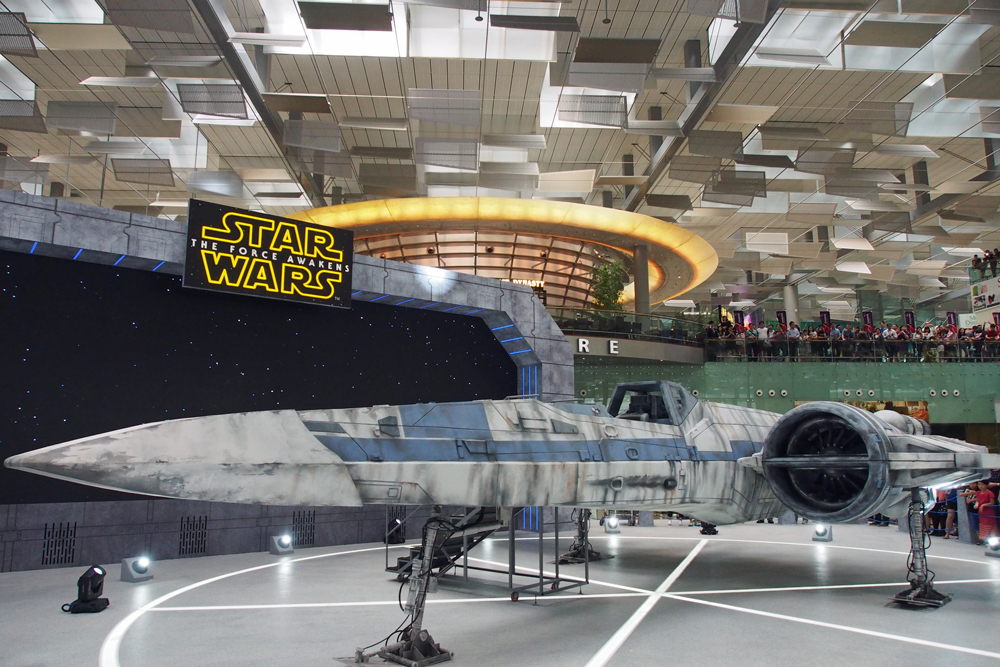 From 13 November 2015 to 5 January 2016, visitors at Changi Airport Terminal 3’s Departure Hall can see a life-sized X-wing fighter on display. Members of the public can also have their photos taken as a rebel pilot (costume provided) within the cockpit. Photo memorabilia will be available for visitors to bring home, and they are free-of-charge too! There will be weekly character appearances every Saturday at 4p.m., from 14 November 2015 to 2 January 2016, featuring various X-wing pilots and Imperial Stormtroopers. 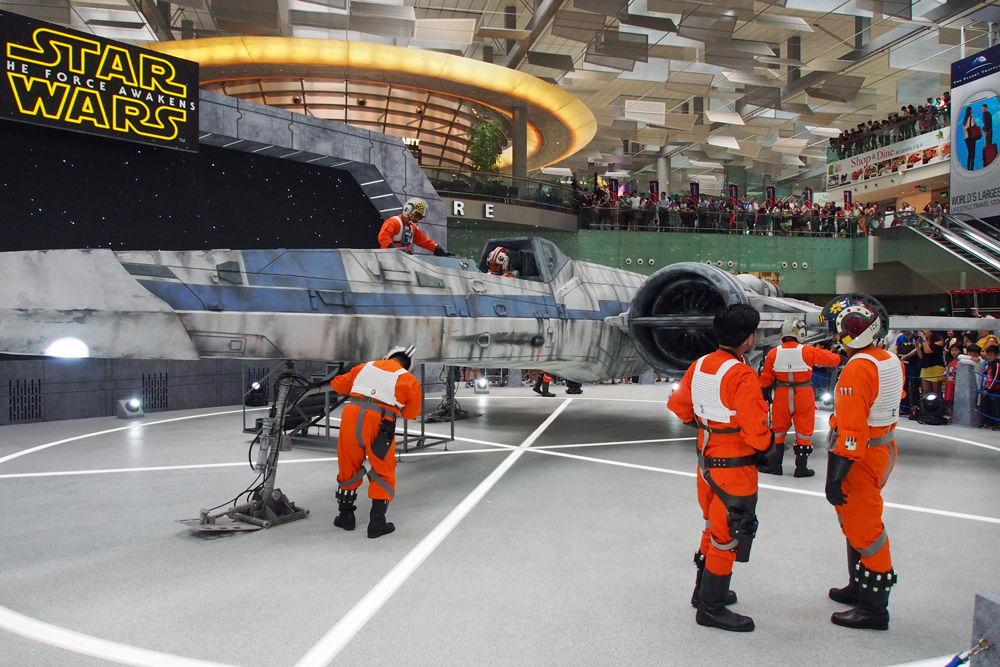 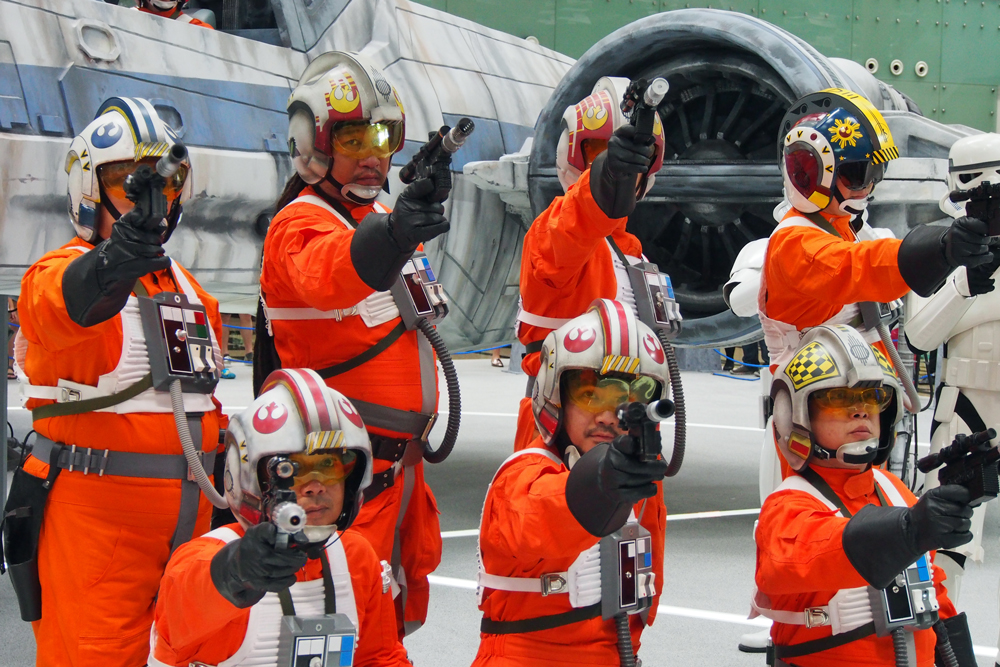 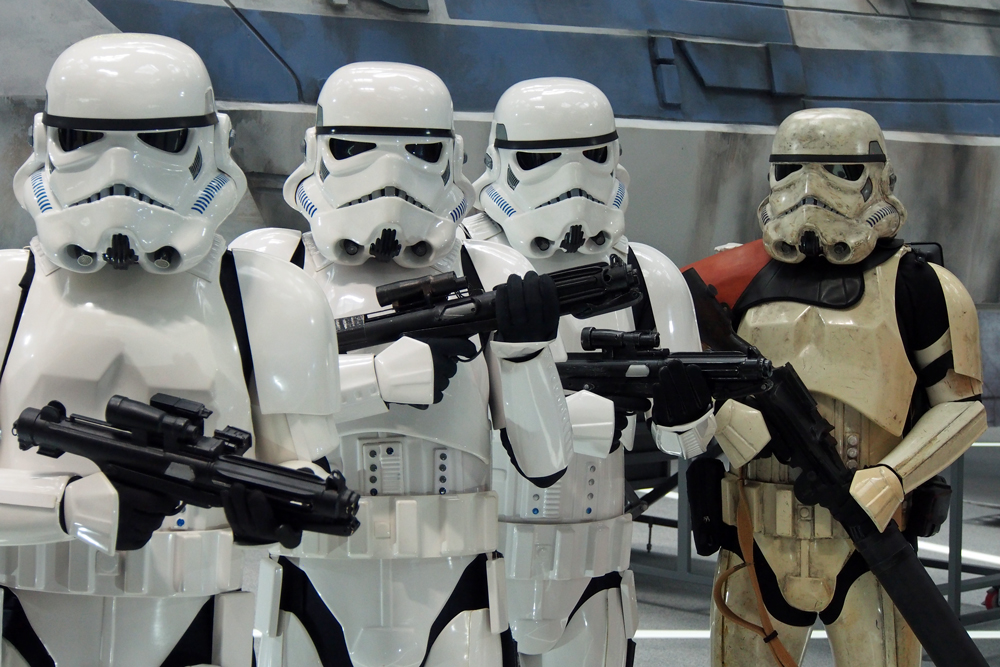 Opportunities for winning exclusive Star Wars merchandise will also run concurrent with the character appearances, so don’t miss out! 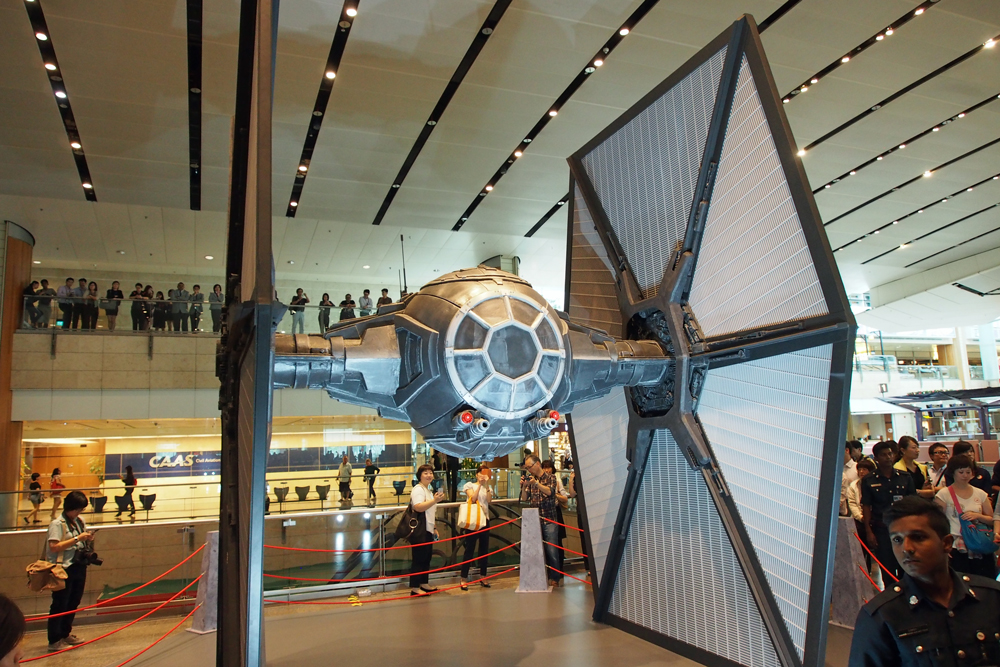 If you think that the rebels and their sympathizers are far too much, you could always head over to Changi Airport Terminal 2’s Departure Hall for another starfighter by the First Order. The TIE fighter display will be guarded by five Stormtroopers.

However, unlike the X-wing starfighter, the TIE fighter isn't a life-sized replica and you can't climb into one either :( 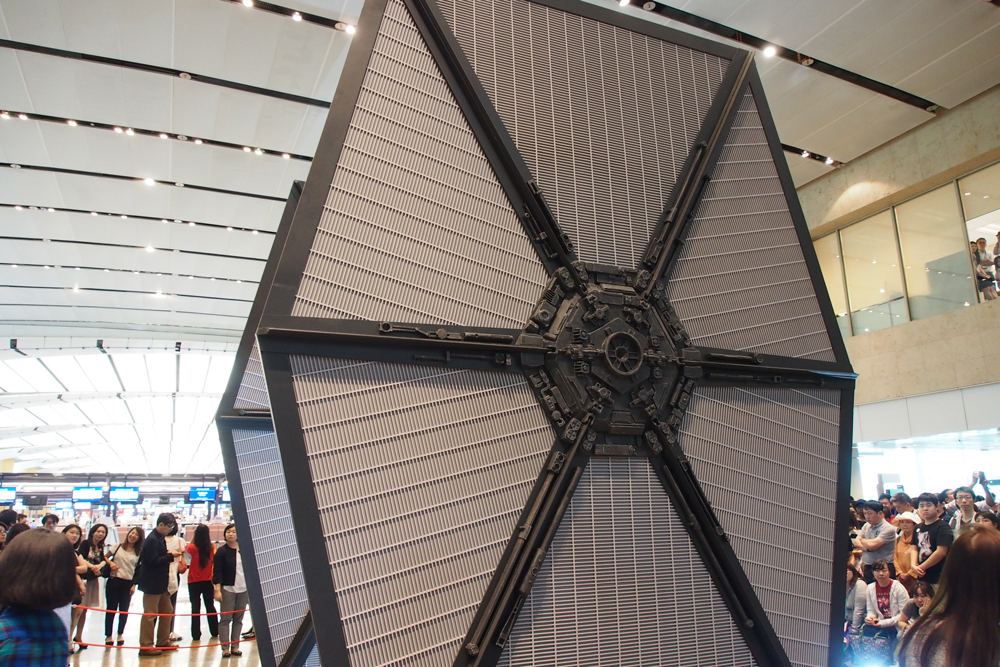 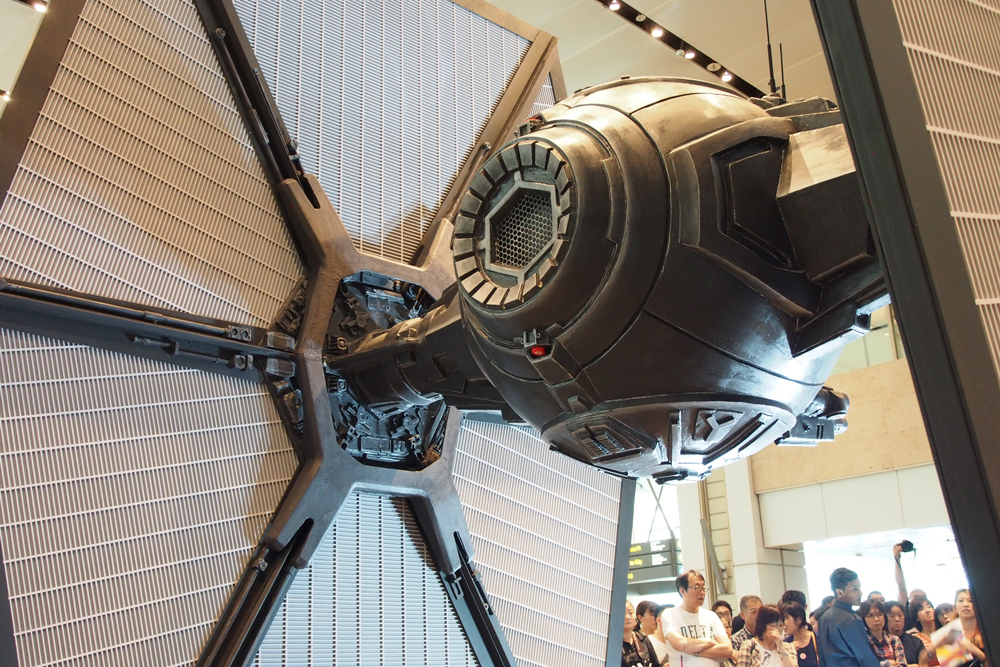 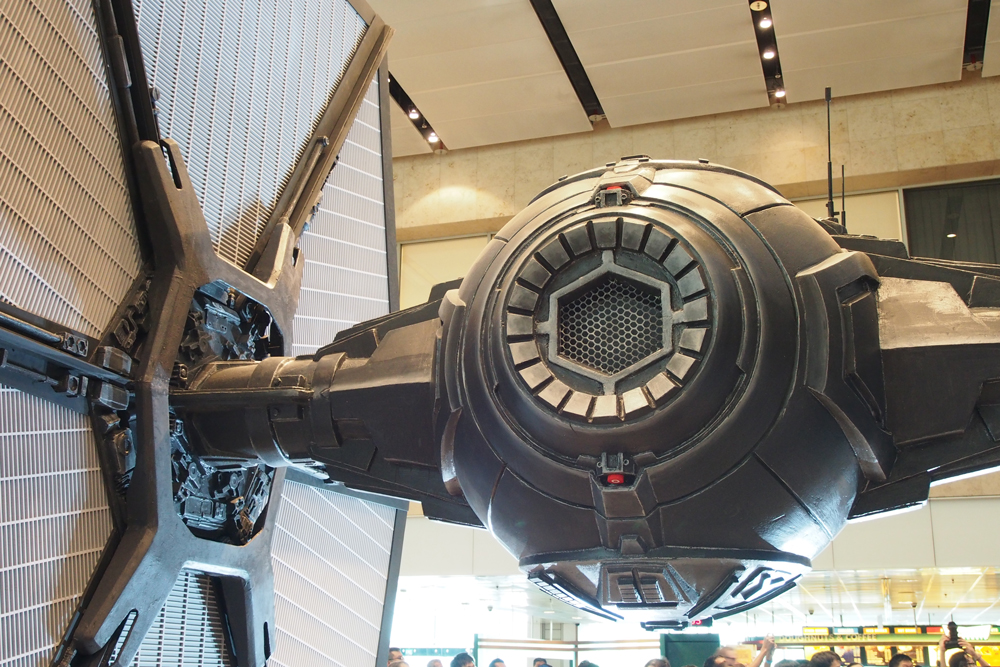 If you’re within Changi Airport’s transit area, you could also check out Gate E26, with its Star Wars facelift for the passenger holding room and aerobridge. Life-sized figurines such as First Order Stormtroopers and the iconic droid R2-D2 will be stationed at the gate to welcome passengers. 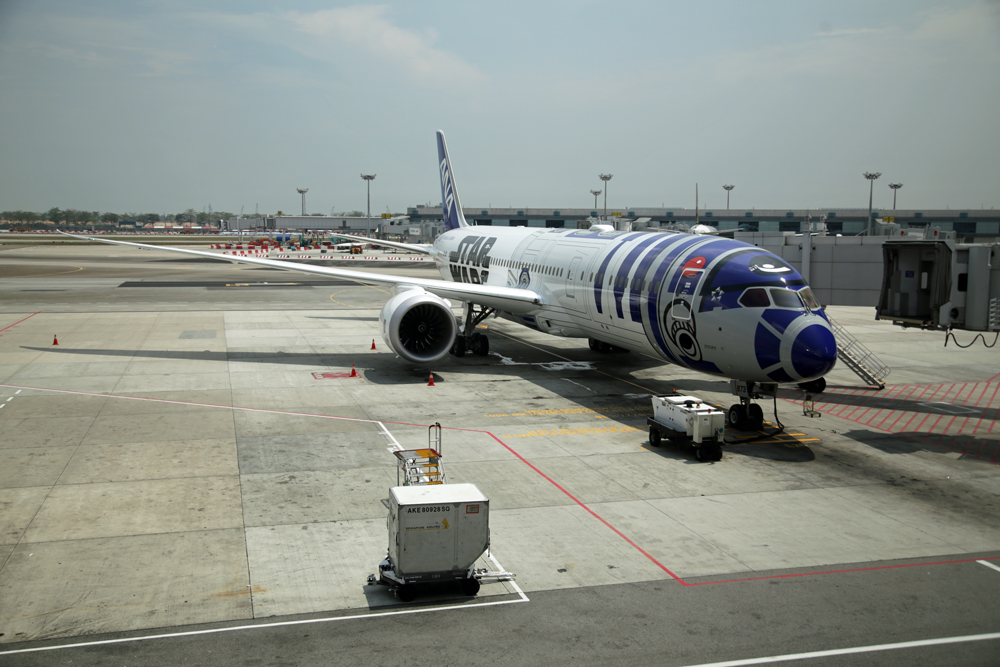 All Nippon Airways (ANA) ordered an R2-D2 custom-painted Boeing 787-9 Dreamliner, which has already begun its international route service since October 2015. Besides a creative paint job, the Boeing jet also comes outfitted in Star Wars related decor on the interior. This R2-D2 version is the first of the three Star Wars themed jets by ANA. The other two will be a BB-8 version on a Boeing 777-300ER, and a hybrid livery of R2-D2 and BB-8 on a Boeing 767-300. 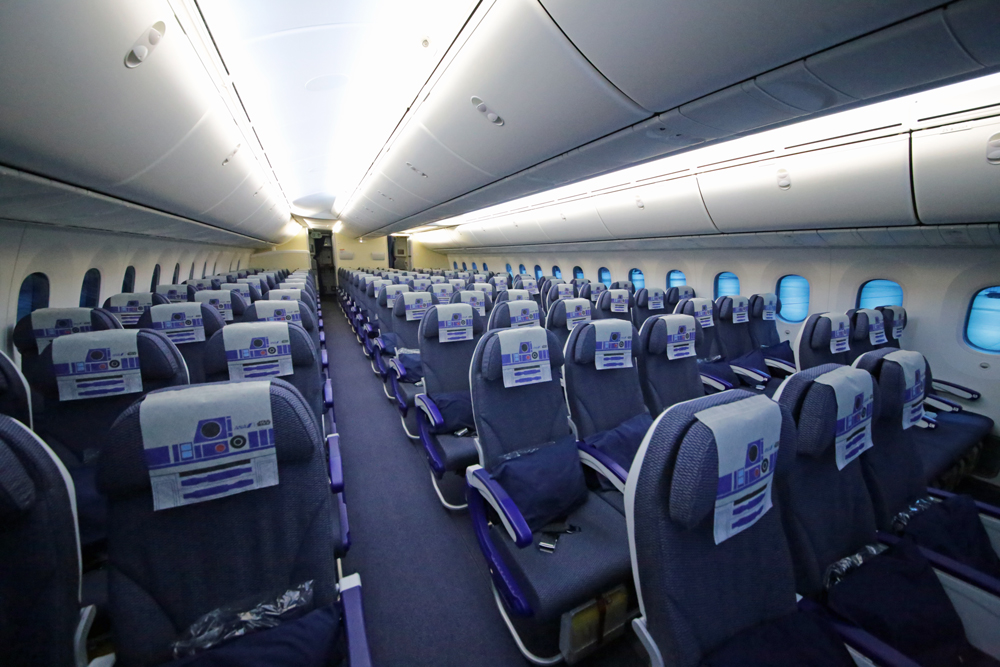 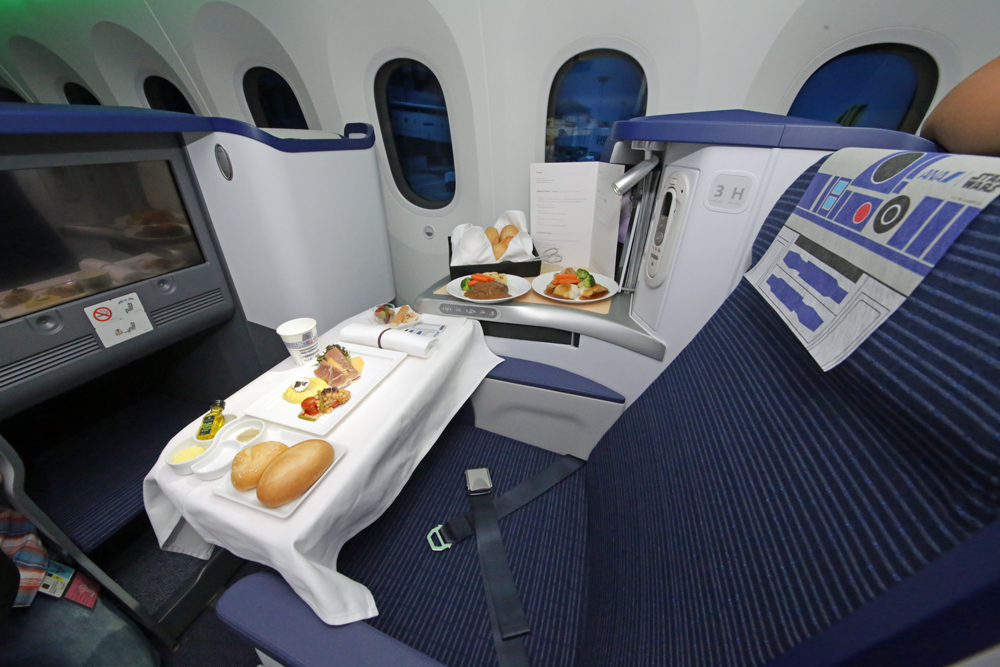 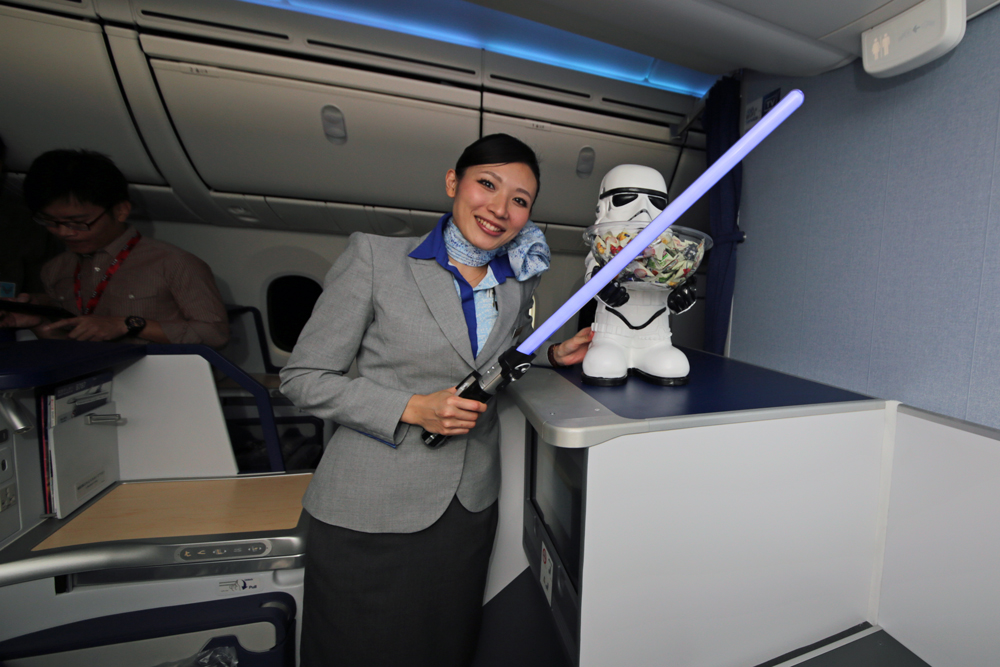 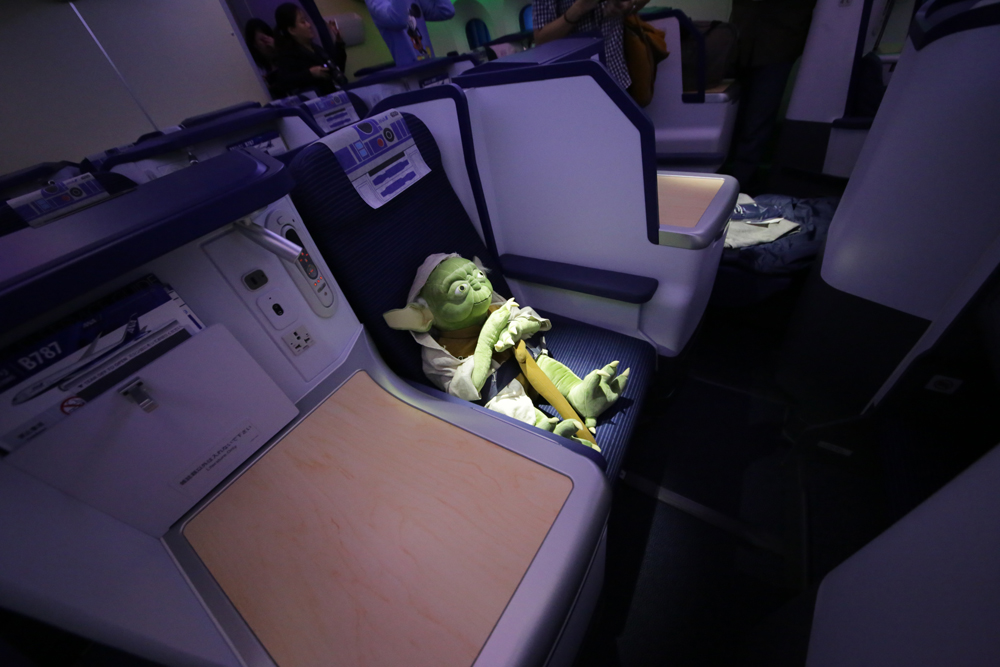 All three aircrafts are slated to fly on international routes. To see the schedule of the R2-D2 jet by ANA and the other Star Wars planes when they are live, go here.

Changi Airport will also be selling a limited-edition set of Star Wars plush toys. A total of eight different designs at S$6 each can be purchased with a minimum spending of S$70 in public areas of the airport, and minimum spending of S$150 within the transit area. Each design has a limited period of release, and they are subjected to availability and stocks. 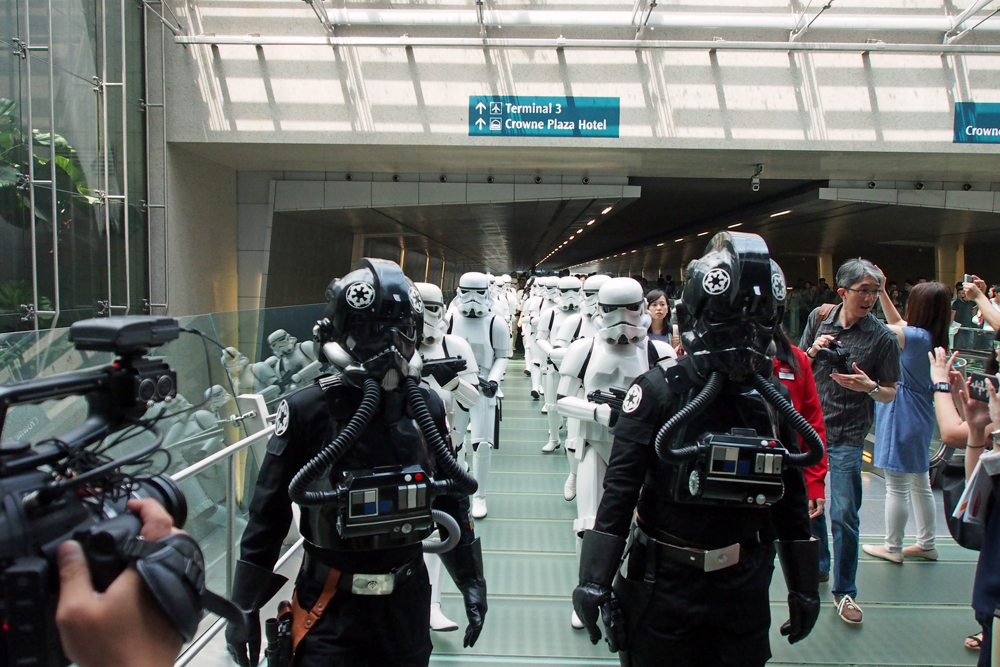 From 23 November to 11 December 2015, members of the public who take part in the online contests found at Changi Airport’s Star Wars website, or Changi Airport’s Facebook page can stand a chance to attend a movie screening of Star Wars: The Force Awakens. The movie, as fans would already know, will be premiering on 17 December 2015. 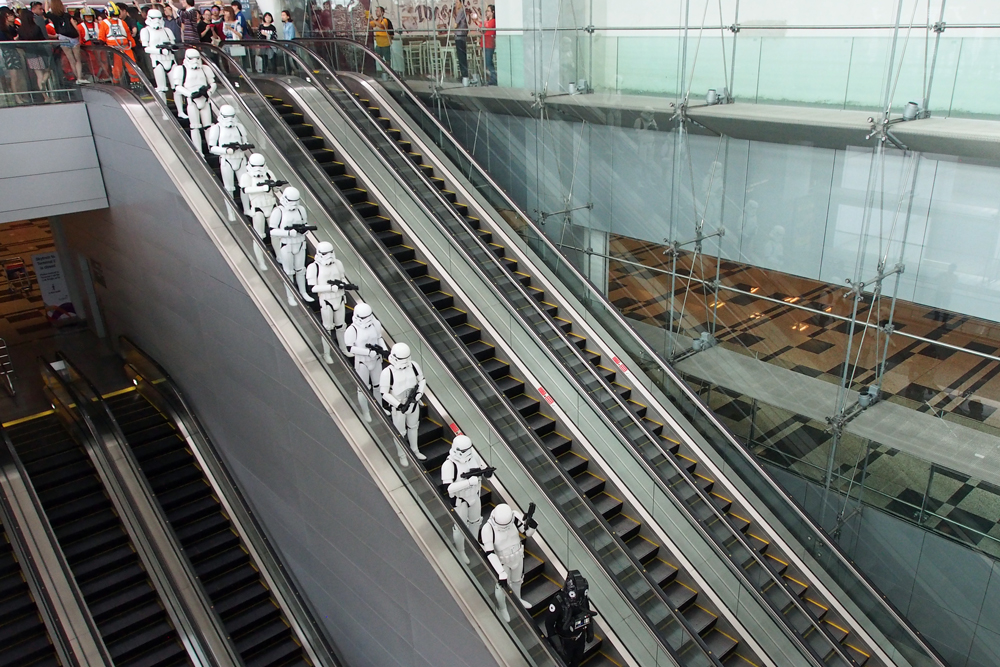 Beyond the huge displays to see and collectibles to buy, you will also chance upon various smaller exhibits such as Sphero BB-8 racing, and finding model displays of the Millennium Falcon and Star Destroyer. You can also watch roving performances around the public airport grounds. 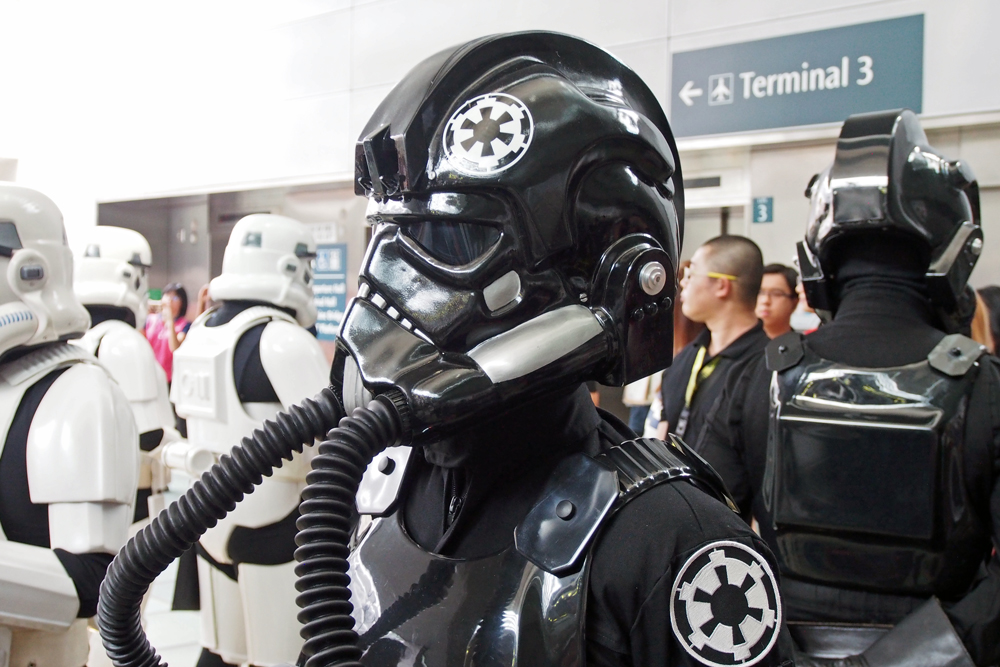 This is just a glimpse of the Star Wars related attractions found at Changi Airport. For an in-depth list of all activities and timings, head over to the events listing on the Changi Airport Star Wars site. Do or do not, there is no try.