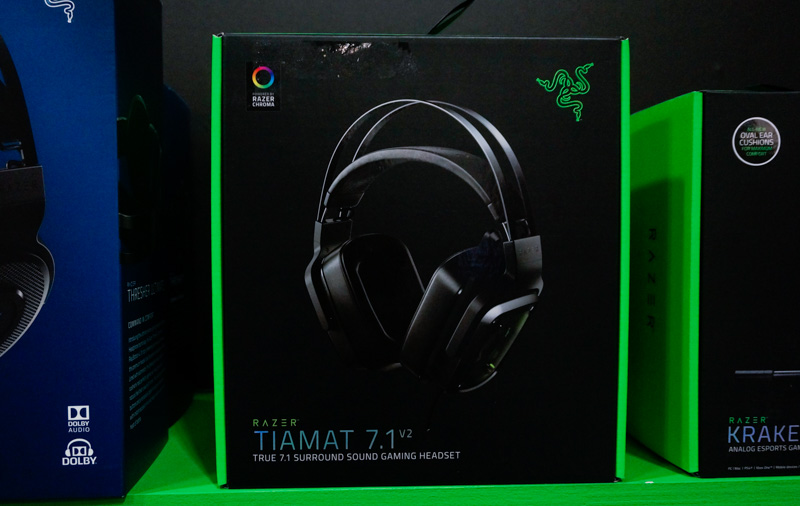 Razer is of course at the show, and they've got their Tiamat 7.1 v2 surround sound gaming headsets as a star buy. This is going for just S$259.90, down S$100 from the usual price of S$359.90! That's a great price for these headphones that use five discrete drivers to produce true 7.1 surround sound. 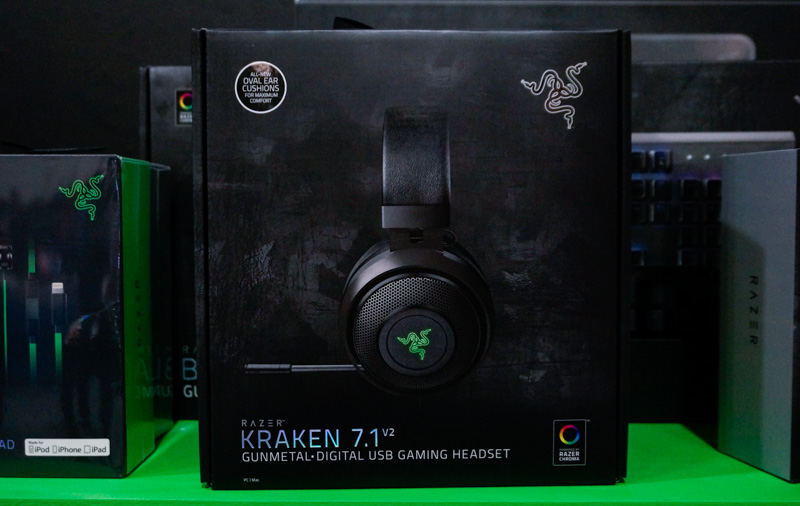 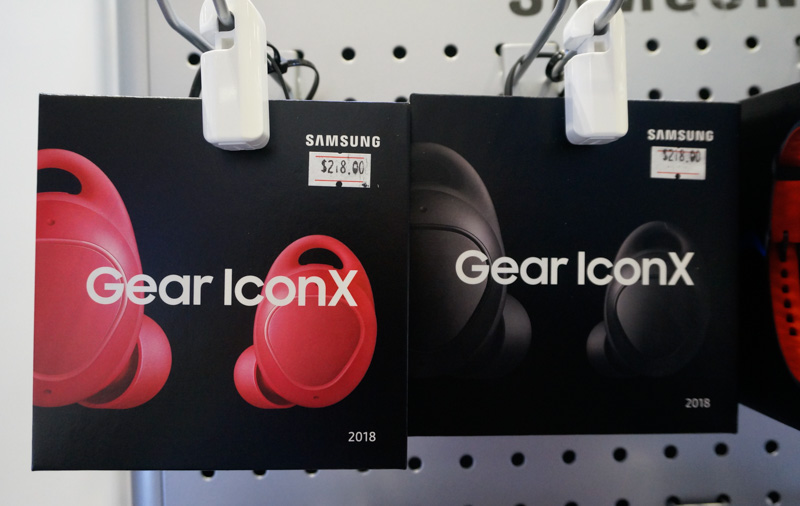 Samsung has their Gear IconX (2018) true wireless earbuds for sale at the show, and they're going for S$268 at the show with a free LED Runner Belt Pouch (worth S$39) thrown in. Buy it with a Galaxy S9, S9+ or Note8 though, and you'll enjoy a special purchase with purchase price of S$208. 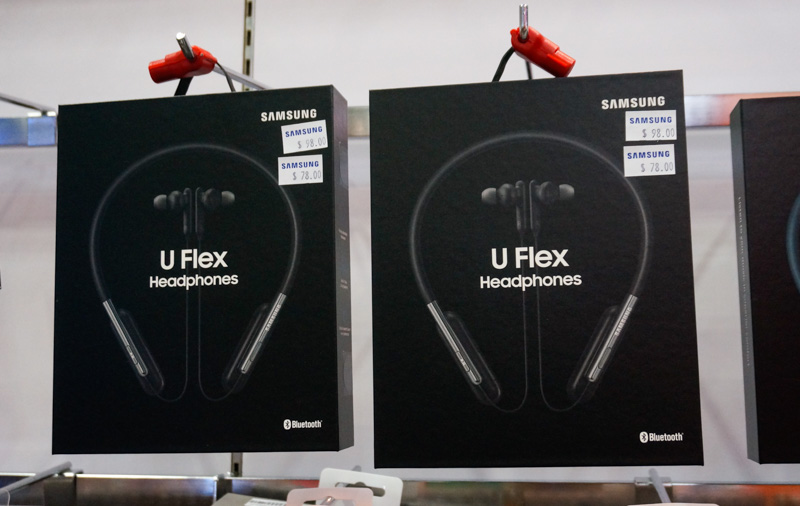 Also on sale, are their U Flex Headphones, and these neckband-style headphones use two-way speakers for quality sound that's accurate across the entire frequency spectrum. Despite the price tag shown here, they can be had for S$78 at the show, down S$20 from the usual price of S$98. 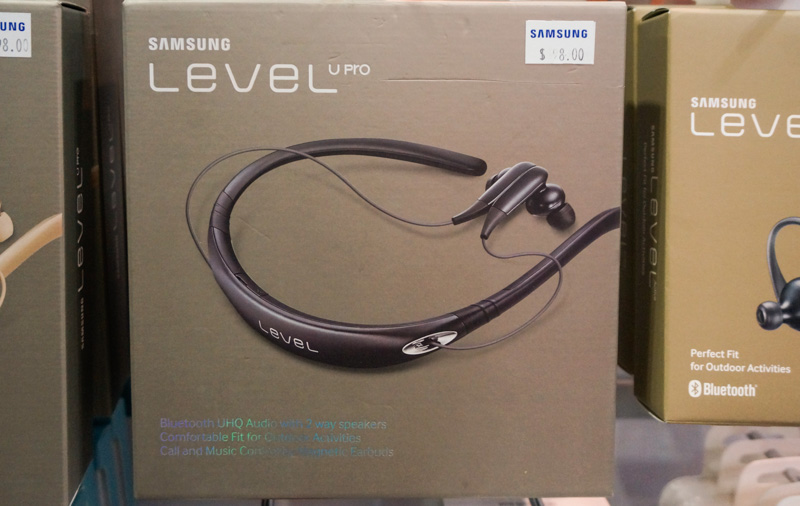 There are also the Level U Pro wireless neckband style earphones on sale at the show, and these are going for S$78.40 instead of the usual of S$98.00. A good price considering they use Samsung UHQA audio to provide a better listening experience when paired with select Samsung devices. 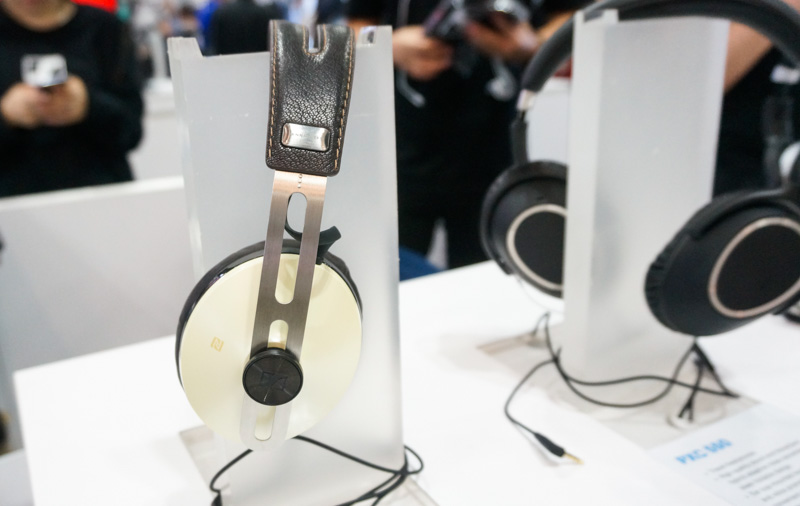 There are some great Sennheiser deals to be had at this show too, like the Momentum Wireless over-ear headphones you see here. These use Bluetooth 4.0 for a more stable wireless connection, and come with NoiseGard hybrid active noise-cancellation so you can focus on just your music. They're going for a show special of S$399, down a massive S$300 from the usual price of S$699.

Find out more about them here. 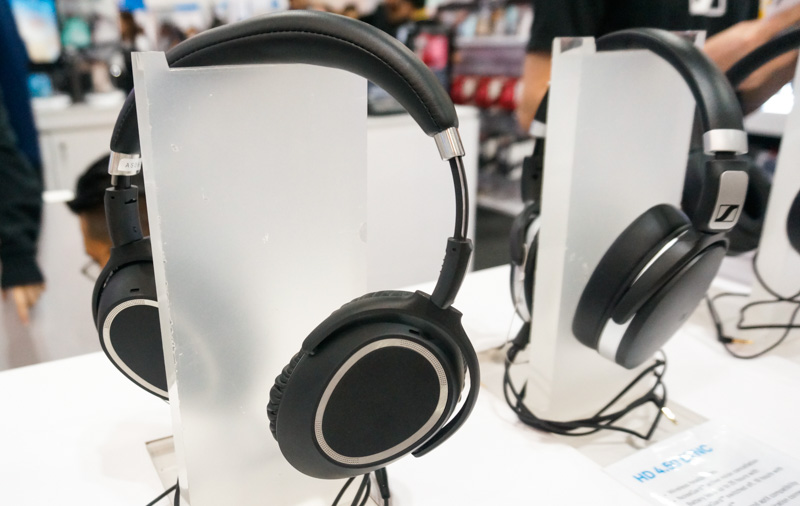 Another great deal to be had, the PXC 550 Wireless impressed us greatly in our wireless headphone shootout last year. It can be had for just S$399 at the show when you use the $50 coupon in the show flyer. That's a good S$250 savings from the usual price of S$649, and is well worth a quick audition if you're looking for new headphones. 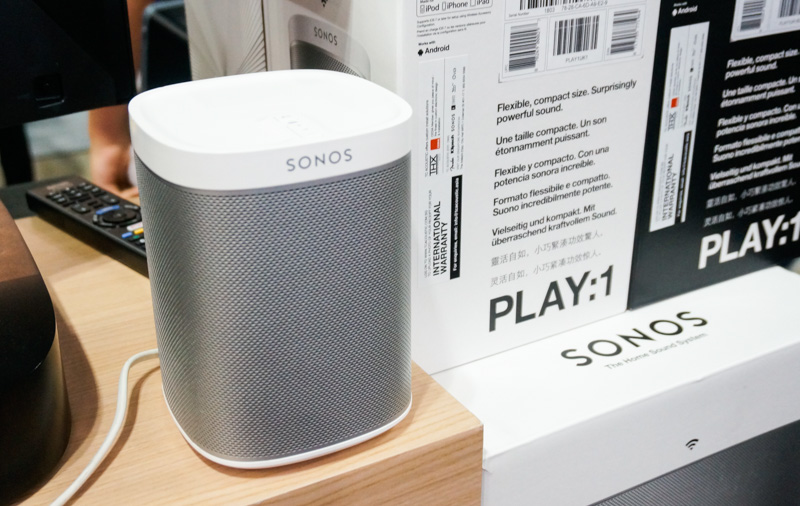 Sonos is pushing hard on their new Sonos One speakers again, and the first 100 customers can buy these voice assistant ready speakers for S$309 instead of the usual S$329. Otherwise, pick up the Sonos One Bundle (consisting of two Sonos One speakers) for S$598, which works out to just under S$300 per speaker, a savings of S$29 each. 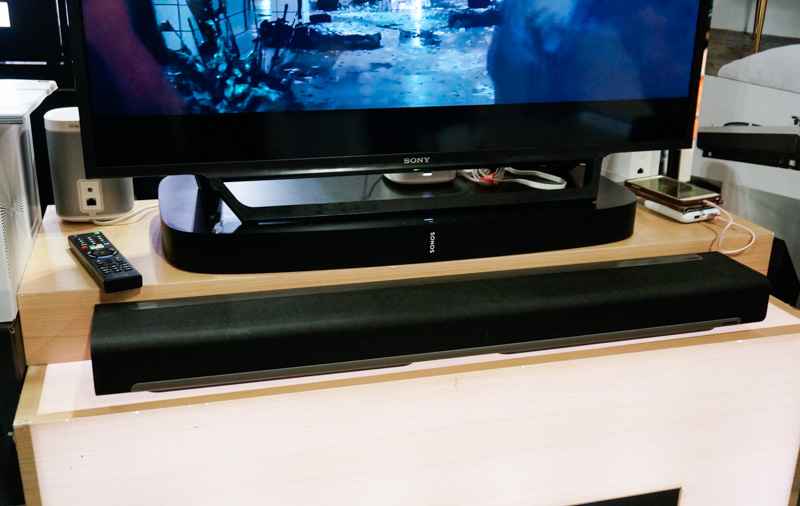 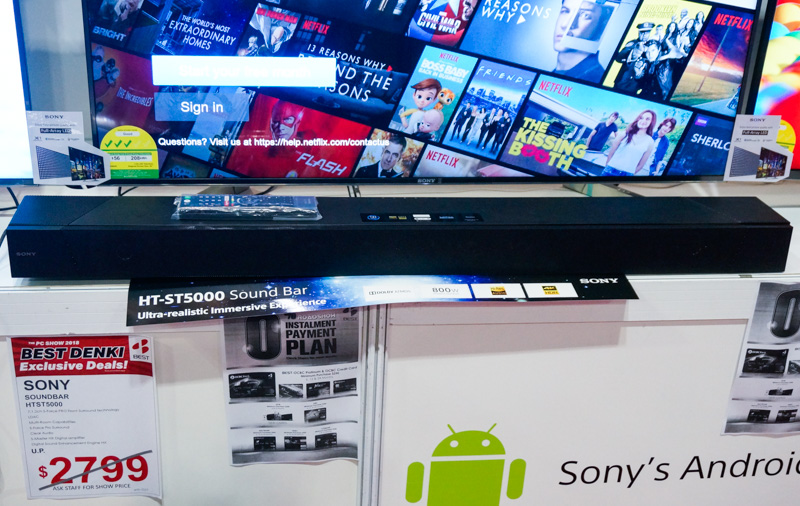 Soundbars seem to be the focus for Sony at this show, and the HT-ST5000 pictured here can be had for just S$2099, down from the usual price of S$2799. That's good savings for this soundbar that uses 7.1.2 channel S-Force Pro Front Surround technology for a natural sound field, and is capable of producing true Dolby Atmos Sound to get you more immersed in your movies. 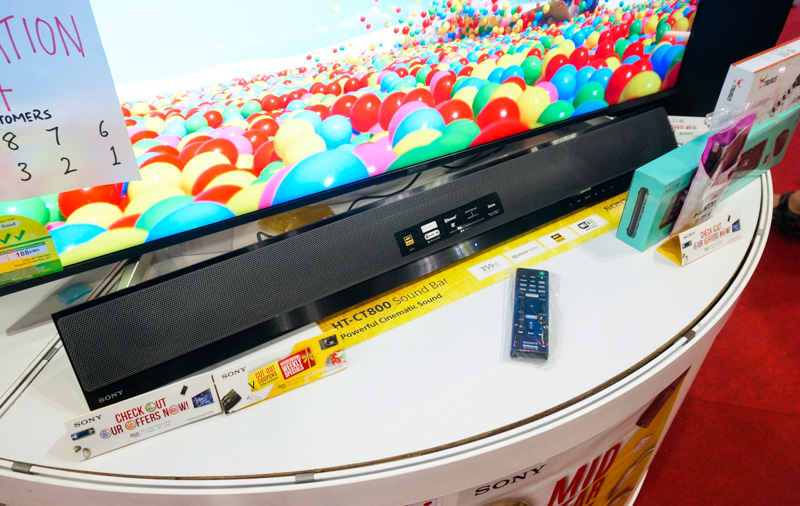 If you're looking for something smaller, then you can't go far wrong with the HT-CT800. This is soundbar with 4K HDR capabilities is going for just $599 at the show, down some $300 from usual of $899. Pretty good if you're looking for a cinematic experience at home. 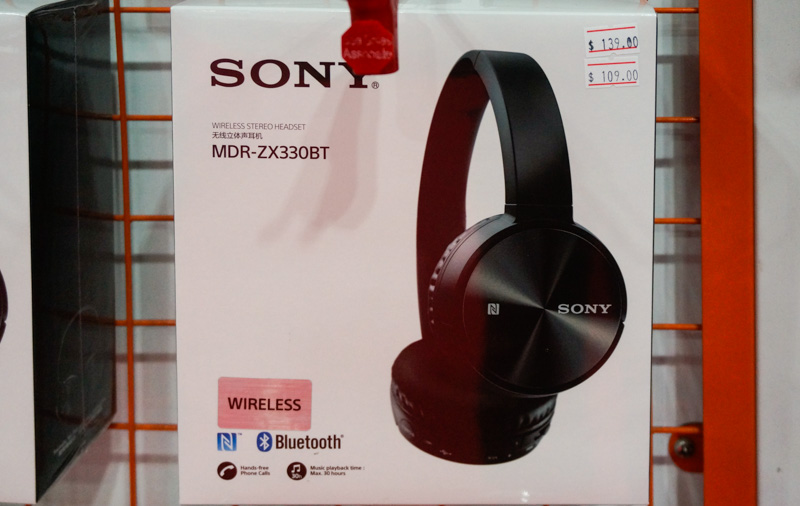 Look towards the back of the show hall and you'll find these MDR-ZX330BT wireless headphones on sale, and these are going for S$109.00 instead of the usual of S$139.00. Pretty good for these wireless headphones that are capable of 30 hours wireless playback on a single charge and fold down for better portability. 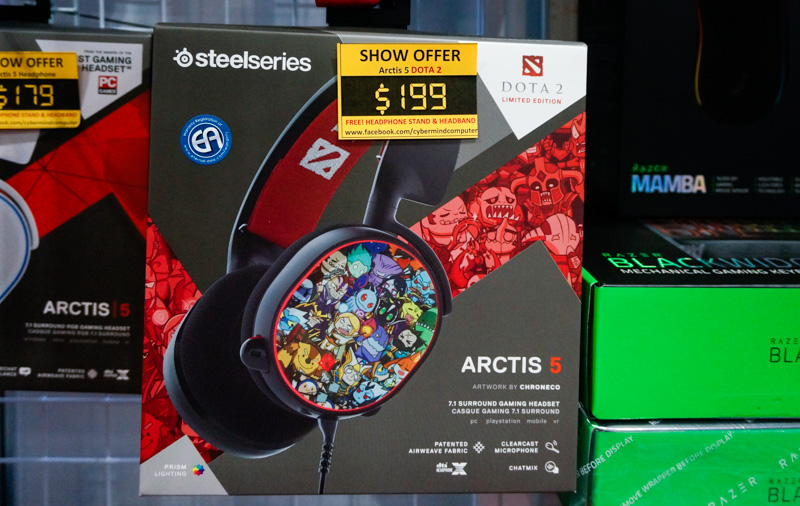 Steel Series can also be found at this show, and of course their Arctis 5 Dota 2 edition headphones are on sale. These are going for S$199.00, down S$30 from the usual price of S$229.00. You'll also get a free headband and acrylic headset stand thrown in while stocks last. So go grab these headsets now and enjoy gaming in 7.1 surround sound. 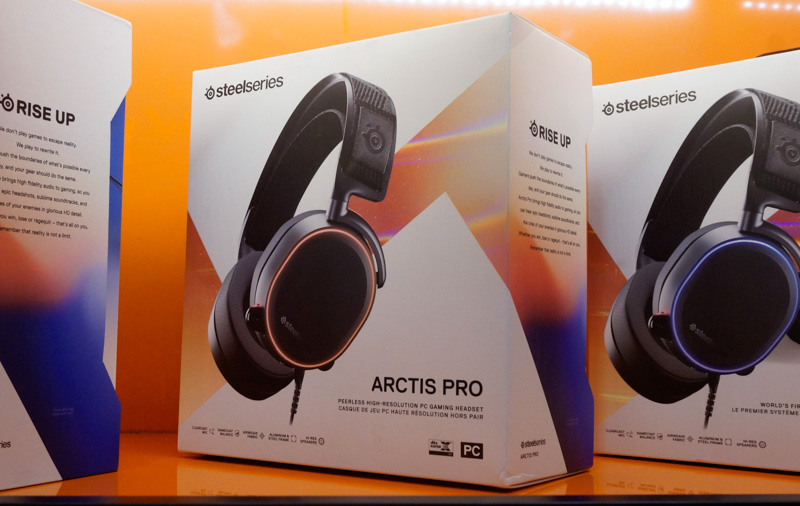 Otherwise, you can check out the Arctis Pro. Being a new model, this isn't going on discount, but you can get it with a GameDAC for just S$449, so that's something to consider if you're looking to greatly improve your gaming audio. 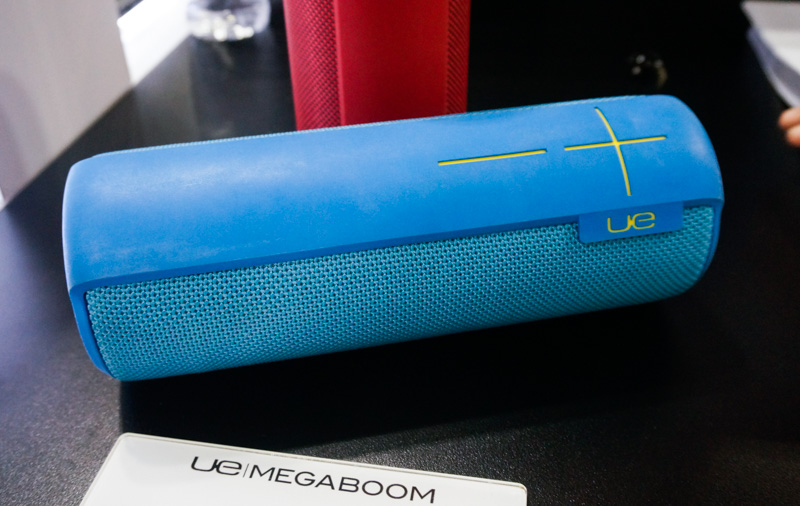 Ultimate Ears is at the show too, and this time round their star buy is undoubtedly the Megaboom in blue. For some reason, just this particular colorway is going for a massive 50% off, so you can have it for S$199.50 instead of the usual of S$399.00. And you even get a free Ultimate Ears water bottle thrown in too! 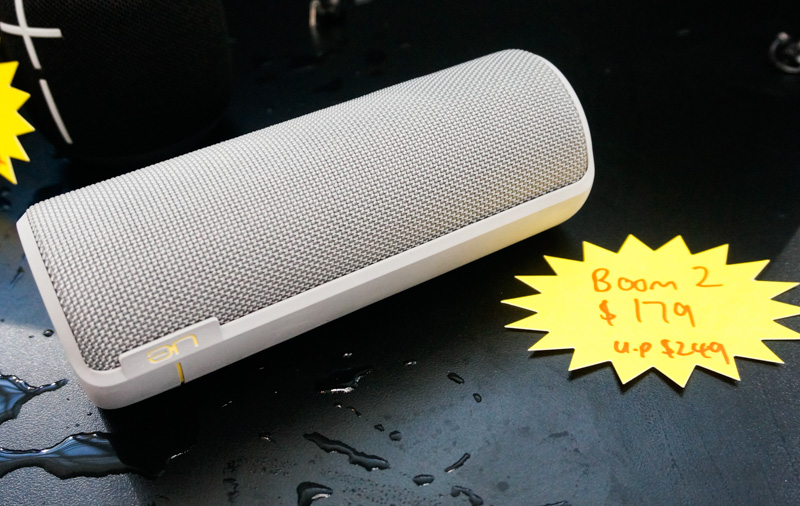 Otherwise, we'd go back to the Boom 2, as this is going for just S$179 at the show, down some $70 from the usual of S$249, with a free Ultimate Ears water bottle thrown. Good price for a speaker that's IPX7-rated waterproof and drop proof, with a frequency range of 90Hz to 20 kHz, a 15 hour battery life, and a wireless range of 100 feet.