Apple’s Mac computers have long suffered derision from Windows PC users for their virtually non-existent gaming capabilities, but that is all about to change (slightly) with the new Parallels Desktop 15.

Parallels has long been known for being the leader in desktop virtualization solutions, and its 2019 edition is the first to feature support for cross-platform support for DirectX 11 through Apple’s Metal graphics API.

This means your virtualised Windows OS can access hardware-accelerated graphics, leading to improved performance across the board.

According to Parallels, 3D graphics rendering is up to 15% faster, and Microsoft Office apps now launch a whopping 80% faster.

Indeed, in a hands-on test during its Singapore launch, we found the launch of regular apps like Word or PowerPoint to be almost instantaneous, compared to the few seconds it would have taken in previous versions of Parallels Desktop. 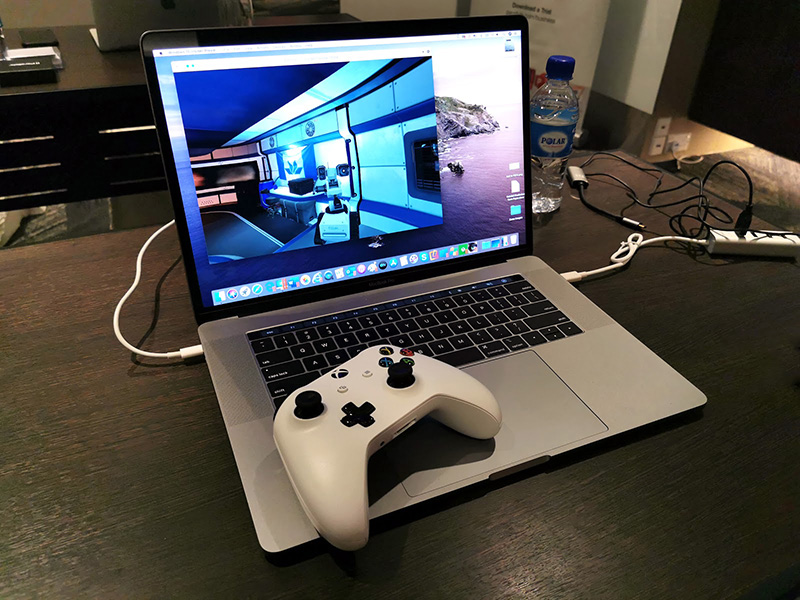 Yes, Parallels is keen to call out improved gaming support in version 15 thanks to DirectX support. This makes it handy for Mac users to scratch their gaming itch every once in a while and join their Windows brethren on their nightly raids or matches.

Special mentions during the demo include Age of Empires: Definite Edition, Fallout 4, FIFA 19, and more. Popular esports titles like Overwatch should work just fine, considering that they’re not usually that demanding in the graphics department. Plus, if you’re into indie games that emphasise gameplay more than graphics, then you should have even less of a problem.

Sure, none of these titles is particularly cutting edge. And your mileage, naturally, will vary depending on the Mac that you’re running the Windows VM on. Don't expect games to run as well on a MacBook Air than, say, an iMac with discrete graphics.

In a live demo Parallels showed off during its Singapore launch, the game Turing Test ran well enough on a MacBook Pro to be playable, but still experienced occasional stutters. Maybe this is just because of unoptimised settings, or maybe this bodes ill for more resource-intensive titles like Fallout 4. Old titles like Age of Empires, on the other hand, ran without a hitch. In any case, we’ll report back once we get more time to test these games for ourselves.

One more thing: Parallels Desktop 15 now also brings better Bluetooth support for guest VMs, including Bluetooth Low Energy devices. This means you can use connect some smart home appliances or smart bands to your Windows VM, and of course, a wireless Xbox controller for gaming. 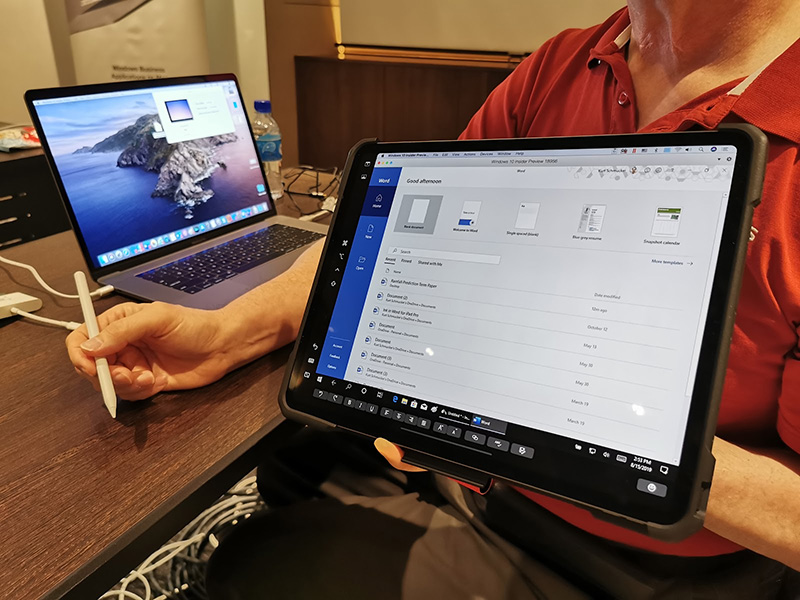 Parallels Desktop 15 will also support Apple’s Sidecar. For the uninitiated, Sidecar is a new feature introduced in the new macOS Catalina and iPadOS that allows users of both platforms to use an iPad as a wireless secondary display for their Mac.

If you run Parallels Desktop 15 in Catalina as a host OS, you’ll be able to drag Windows (or any other guest OS) onto your iPad through Sidecar. Unfortunately, it appears that the guest OS will not be able to stretch across both displays at this point – it’s either your main display on the Mac or the iPad. Parallels said they’re working on it. Hopefully, we’ll have a fix by the time Catalina launches.

Apple Pencil is also supported in Parallels Desktop 15, presenting interesting use cases for the iPad as a Windows 10 tablet given the latter’s heavy focus on inking features. For example, you could be using an iMac as a base station while roaming around a classroom with an iPad to share teaching materials.

Tighter integration between Windows and Mac 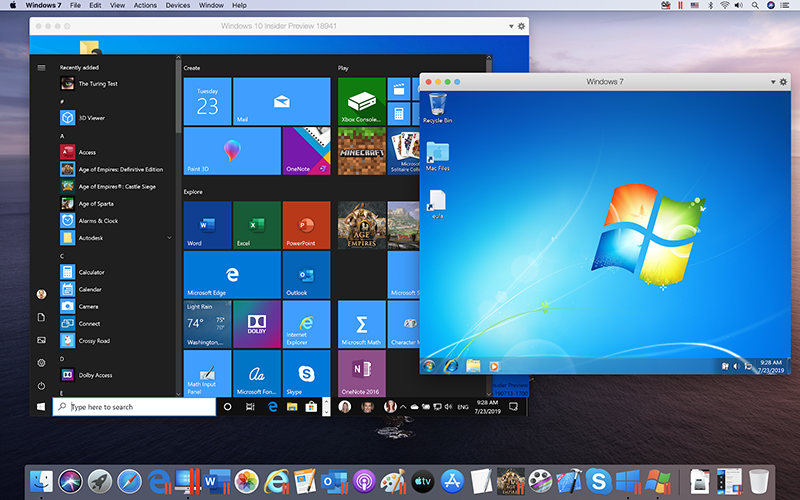 As always, every new version of Parallels Desktop further blurs the line between Windows and Mac with deeper integrated features, starting with support for the latest versions of both operating systems.

Users can also right-click a file in Finder, then select “Share” and “Send with Windows Email App” to send the file via your default Windows email client.

Parallels has also added two new wizards to guide users through the process of setting Parallels Desktop up for the first time, as well as upgrading from Windows 7 to Windows 10 (given the impending end-of-service deadline for Windows 7). These should be useful for new users who may not be familiar with all the features that Parallels has gradually added over the past fifteen years.

For the first time, users will also be able to use “Sign in with Apple” with Parallels, providing a consistent sign-in experience with a platform that they trust.

Enterprise users and system administrators will be happy to hear that the Pro and Business Editions of Parallels Desktop 15 now features a new virtual Trusted Platform Module (vTPM) so that highly secure corporate environments can enable BitLocker, use virtual smart cards, or enable a more secure version of Windows Hello PIN.

Additionally, Parallels Desktop Pro Edition and Business Edition users can connect physical disks (both internal and external) to a VM as logically internal disks, which allows users to: 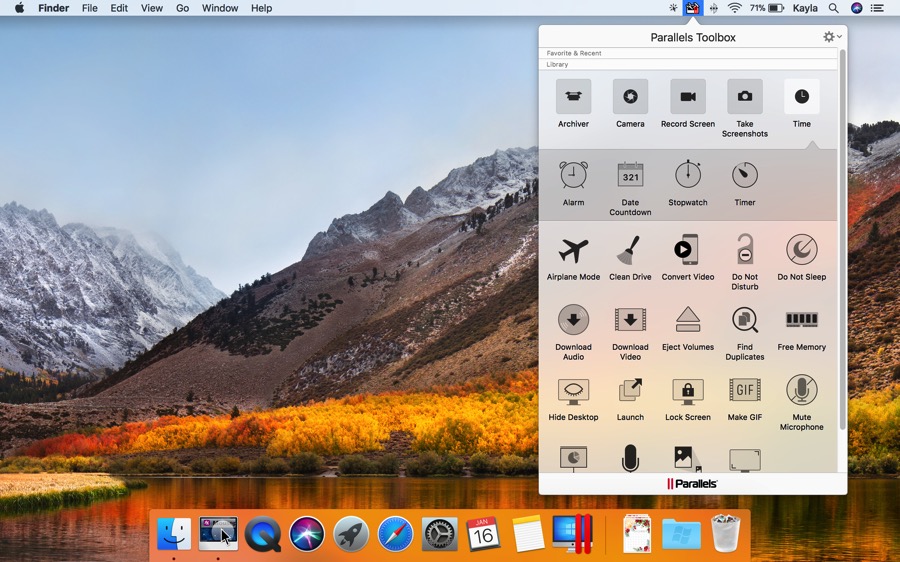 Every subscription of Parallels Desktop 15 comes with concurrent subscriptions to Parallels Access and Parallels Toolbox, two of the most underrated tools in the Parallels arsenal.

Parallels Access allows you to remotely access your Windows or Mac PC from your mobile device or HTML5-supported device as long as you have an internet connection. Any app that can run on your remote Mac, Windows VM or PC – from AutoCAD to proprietary business applications, and more than 230,000 Windows applications – can theoretically be accessed on your mobile device through Parallels Access.

Parallels Toolbox serves up more than 30 single-use tools that are handier than it sounds. Remember the days of hitting up dubious websites just to download a YouTube video or MP3 file? Parallels Toolbox has a tool for that.

There are also tools to create GIFs from videos, find duplicate files on your system, block all notifications, record screen, and more.

All editions of Parallels Desktop 15 for Mac are available now for purchase. Here's a table showing the prices:

The Pro Edition was designed for developers and power-users and allows users to assign more system resources to their VMs — up to 128GB of memory per VM and 32 CPU cores per VM, that's up from 8GB and 4 CPUs in the Standard Edition.

The Business Edition includes all for the features found in the Pro Edition and adds centralised administration and management as well as unified volume license key for mass deployment.

The best way to give it a shot is through parallels.com, where a free 14-day trial is available.