Panasonic Smartens Up For The Party

We brought you tidings of Panasonic's upcoming slew of LED-backlit LCD TVs in the news recently. And yesterday, we were privileged to meet them in the flesh during Panasonic's private seminar held at The Regent hotel, including Panasonic's coveted PDP (plasma display panel) fleet for 2012. In total, Panasonic unveiled seven exclusive series for their LED LCD TV range, divided as WT, DT, ET50, ET5, E5, X50 and X5 respectively. The ET5 is also Panasonic's first passive 3D TV to be introduced into the market. For their PDP category, we witnessed six plasma series, including the anticipated VT50 which will be available in 55 and 65 inches variants. It's also apparent that Panasonic is gradually relinquishing their CCFL-backlit releases with only two entry-level (U and C series) models to show. Panasonic's premium and mid-range sets are also spearheaded by their new marketing term, Smart Viera, with emphasis on five proponents - design, picture quality, connectivity, networking, and eco-friendly features. More on these as we get down and dirty with the rest of the Smart Viera displays. 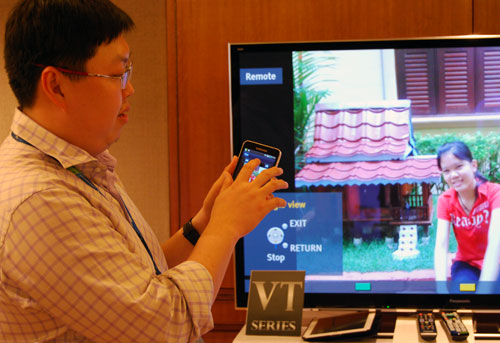 This category is led by Panasonic's WT50S which will be retailed in a lone 55-inch model. Armed with a dual-core processor, the WT50S (the "S" suffix is for local HDTV models) will tout the new Smart Viera Engine Pro video processing engine and a high-speed IPS LCD panel. The active-shutter 3D TV also boasts of an accelerated 1,600Hz refresh rate (with 8-phase backlight scanning), 2D to 3D conversion, 3D 24p processing, and a 1080p Pure Direct mode. The latter essentially means that the TV is capable of preserving the video signal's chroma bandwidth to retain its color fidelity. This feature will be exclusive to the WT50S as well as the VT and GT plasma series. The second-tier DT series will offer comparable hardware to the flagship WT5S0, with the exception of the WT50S' Crescent Stand and Super Narrow Metal Frame. Features wise, the DT50S will exclude certain aspects of Smart Viera Engine Pro, such as Vivid Color Creation and 1080p Pure Direct as well. On a separate note, Panasonic has buffed up their Viera Connect platform with a HTML5-compatible web browser as well. They're a little late to the Smart TV game, but hey, it's better to be late than never, yes? 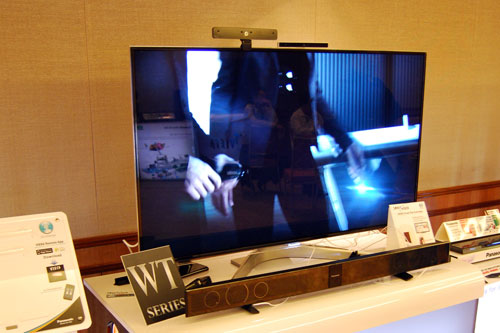 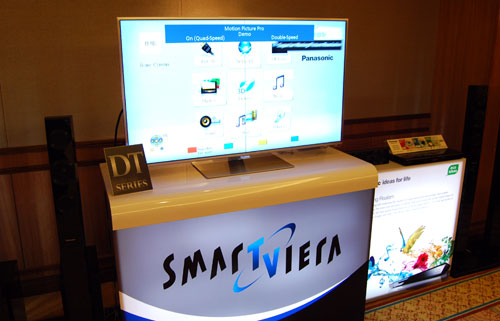 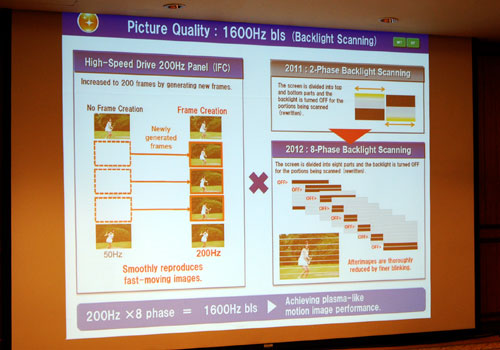 Hot on the heels of the DT50 series is the ET50. Offered in 42 and 47 models, the ET50S will carry a slightly slower refresh rate of 800Hz with a native rating of 200Hz. Unlike the WT and DT series, however, the ET50 will not feature any advanced ISFccc calibration selections. As mentioned earlier, Panasonic's passive 3D model, the ET5, was also on display during the seminar. The ET5 is fundamentally a 300Hz model (with backlight scanning enabled), and we understand that Panasonic is bundling four pairs of polarized glasses with this set. The ET5 touts an IPS LCD panel, plus features like 2D to 3D conversion and Viera Connect much like the rest of Panasonic's premium candidates. You can consider the next series, the E5, as a 2D alternative to the 3D-capable ET5 display. It's confusing, we know. However, the E5 series is equipped with only a basic native refresh rate of 50Hz (150Hz with backlight scanning). Those on a tighter budget can opt for entry-level models like the X50 and X5 series, but note that the X5 is only available in a 24-inch offering. As for prices, Panasonic remains tight-lipped for now but you may check out our table below for the televisions' availability. 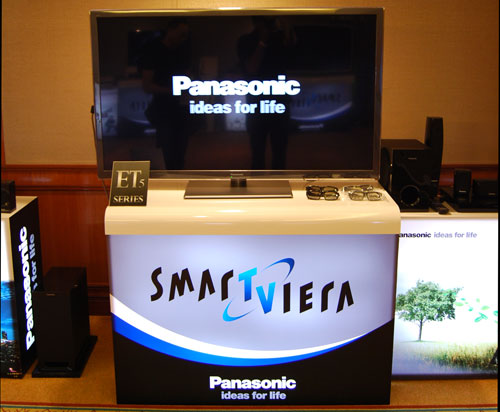 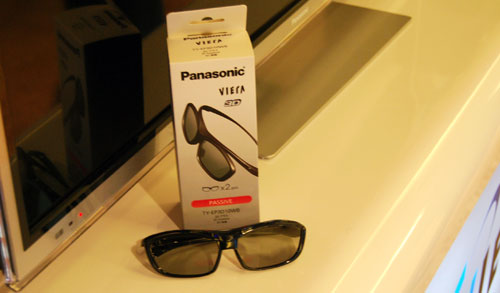 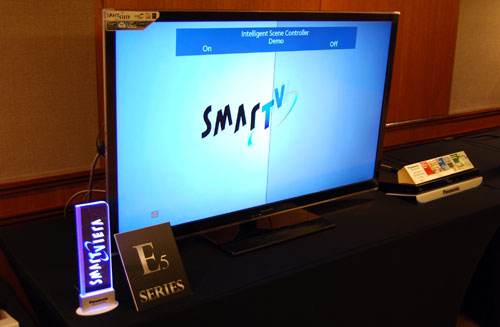