Hands-on: Samsung AirDresser, a steamer and sanitiser for your clothes
Feature Articles

Panasonic: In the business of tough

It is no secret that the PC market has been shrinking and continues to do so year-on-year. 2013 was the worst decline in PC history, according to both Gartner and IDC research firms, with global shipments down by roughly 10%. In the latest 2014 third quarter results, Garter reported that worldwide PC shipments were down by another 0.5% over the same quarter last year.

If you look back at 2014, you’ll notice that even the big players have felt the pinch, resulting in either consolidation or restructuring of their PC businesses. In February, Sony sold off their VAIO PC arm to focus on TVs and mobile. In June, Samsung quit the desktop PC market and by September, pulled out of the PC business altogether in Europe. In the same month, Toshiba also announced its exit from the consumer PC market to focus on enterprise. Perhaps the biggest news came in October when HP announced it would split its consumer PC and printer business from the more lucrative enterprise division, forming two separate companies. 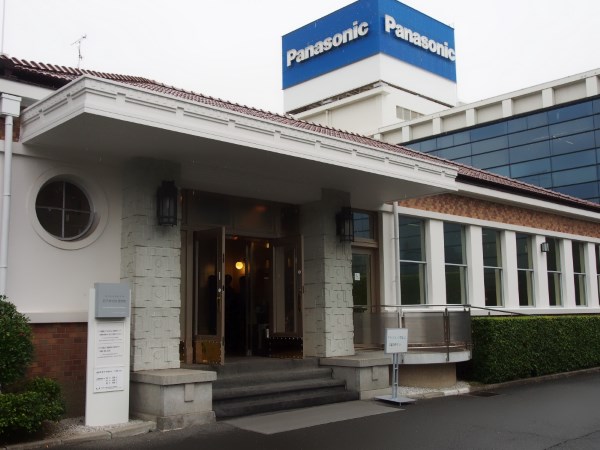 AVC Networks is the sub-segment of the Panasonic Group that deals with business solutions, and unlike most of the other companies mentioned above, actually pulled out of the consumer smartphone race to focus on business-to-business market instead. Why are we talking about AVC Networks? Because this is where Panasonic has their IT Products Business Division, and where the magic of Toughbooks happen.

Now, Panasonic have been making Toughbooks for the last 17 years, and even though the market fluctuates, they remain the top manufacturer for ruggedized notebooks globally. 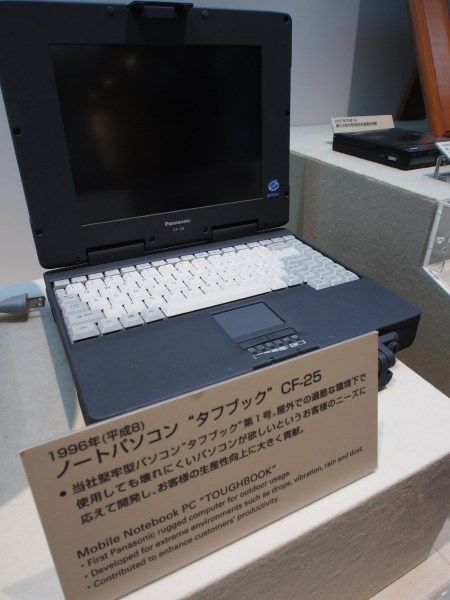 The main reason for this is that Panasonic actively invests in their own technology and development of in-house production capabilities and services. According to Panasonic, they are one of the last few PC manufacturers that still build PCs from the ground up, from their own PCB designs to final product assembly and even client-based custom software configuration. This reduces reliance on ready-made third party components and improves product integration and compatibility since Panasonic controls the entire process.

In fact, the main Toughbook factory in Kobe doesn’t just house manufacturing facilities, but also a call center and a repair center open 365-days a year that strives for same day repair turnaround. The Kobe factory even houses a secondary warehouse building for vendor parts fulfillment so there will be minimal disruption to manufacturing due to parts availability and ordering.

“The building where we hold inventory for daily manufacturing needs is run by our parts supplier vendor, but with investment from Panasonic,” Mr. Minoru Shimizu, the Director of Kobe factory explains.

A tour of Panasonic’s Kobe facility will give you an impression of how serious Panasonic is about quality. On the Toughbook manufacturing floor, the entire process is almost fully automated, including precision component testing using advanced robotics developed in-house specifically for this purpose. Only the final assembly and inspection phases are done by human hand. 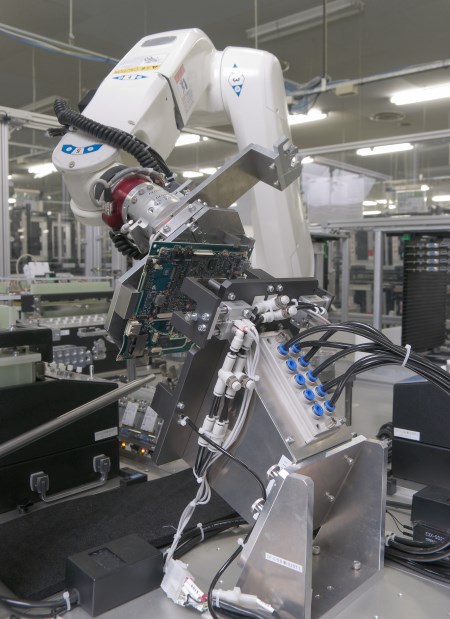 Besides manufacturing, Panasonic performs their own stress testing to ensure Toughbooks meet, and exceed, standard MIL spec ratings. Just like the robotics used in manufacturing, Panasonic runs all their tests on-site, developing their own customized facilities if none exist. Again, it is all about the turnaround. Evaluation failures and problems can be identified earlier and fixes made immediately, without the need to wait for external reports.

“In the course of designing and manufacturing Toughbook and Toughpad products, we conduct evaluations in three separate stages: engineering evaluation, design evaluation, and finally, pre-production evaluation trials. Each stage takes approximately 2-3 months to complete in between trials. In case of failure at any one point, we figure out the cause of the failure, fix the problem, and proceed to repeat the tests,” says Mr. Kouichi Satake, Manager of Global Market.

By own admission, Panasonic isn’t a very large manufacturer. “The Kobe facility can product up to 70,000 units each month, while the Taiwan facility can manage up to 30,000 units monthly at this point in time,” said Mr. Shimizu. “We maintain equal levels of quality in a consistent manner by sharing essential information between the two; manufacturing policies, processes and instructions. In addition, we also exchange factory engineering expertise between both locations from time to time.” 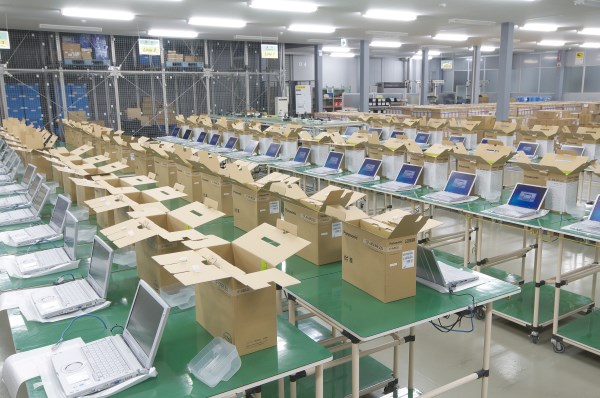 Their strengths lie in the quality and ability to customize their Toughbooks for clients, which can have up to 2,000 different configurations and modular add-ons. Mention Toughbook, and the public perception are the huge, bulky devices that are mostly used in law enforcement or the military. However, Panasonic’s Toughbook family is actually quite huge, comprising of said fully- and semi-rugged notebooks like the CF-31 and CF-52 respectively. Then there are the business-rugged notebooks, which can survive more abuse than your standard laptop, but not fully weather-sealed. These business-rugged Toughbooks do come in thin-and-light configurations. Starting at 1.2kg, the LX3 is one of the lightest 14-inch notebooks in its category, and Panasonic even has an 11.6-inch convertible 2-in-1 Ultrabook Toughbook, the AX3. 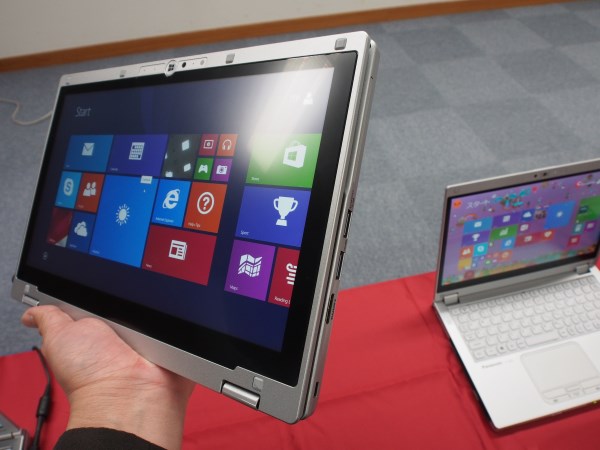 Recently, Panasonic has also diversified into ruggedized handheld devices with the launch of the Toughpad family in 2011. Toughpads were also a major focus at this year’s IFA trade show, where Panasonic introduced the FZ-E1 and FZ-X1, the first Toughpads to incorporate voice and 4G LTE data connectivity. 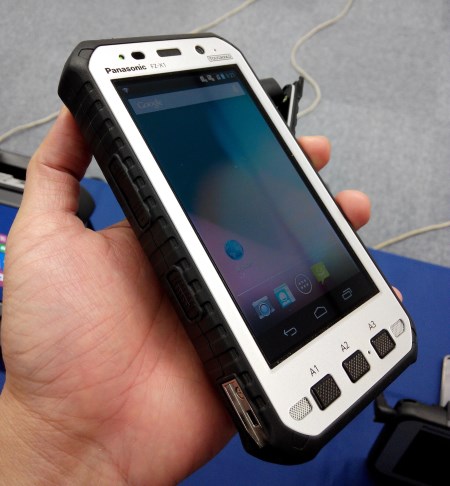 When questioned about Panasonic’s focus on handhelds, Mr. Hide Harada, Director of IT Products Business Division said, “As mobile computing devices are getting smaller and more connected, we see a huge opportunity for 5-inch handheld tablets with data and voice capabilities for field mobile workers. We believe our 5-inch FZ-E1/X1 will replace handheld markets.”

Aside from their traditional strongholds in law enforcement, military and healthcare, Panasonic is hoping to penetrate new industries such as utilities, telecommunications, transportation and even retail/distribution. As long as they are able to maintain the kind of manufacturing quality control that their Toughbooks have been known for and bring that into their Toughpads, they will be on the right track to continue growing their market share for rugged devices.