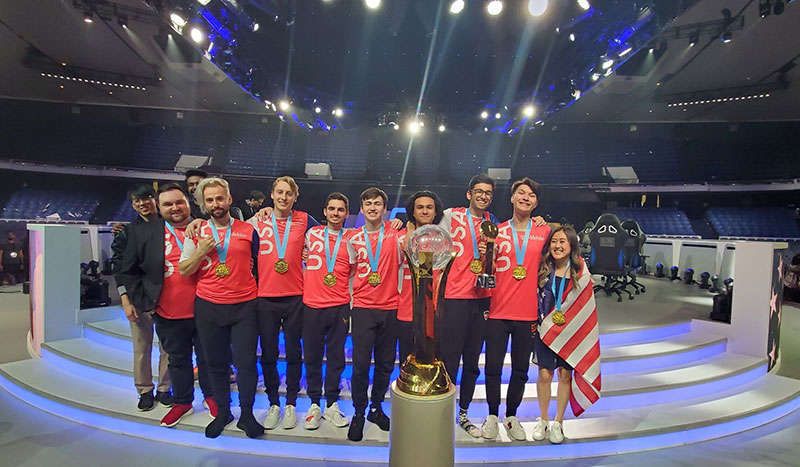 The USA is your champion for the Overwatch World Cup 2019. Team USA took down China in three straight maps to win the top prize, making them the first country to win the World Cup that isn't South Korea. The Americans earlier beat the three-time champions in a nail-biting semi-finals series, a fitting piece of a redemption story that saw them suffer early quarter-final exits in 2017 and 2018 to South Korea and the UK respectively. Finally, the USA can say that it has the best players in the world.

This year's roster is filled with top-tier players, all of which are already signed to Overwatch League (OWL) teams, including star DPS player and 2019 OWL MVP Jay "sinatraa" Won. Sinatraa plays for the San Francisco Shock, who recently triumphed over league giant the Vancouver Titans to become the champions of season two of the OWL. 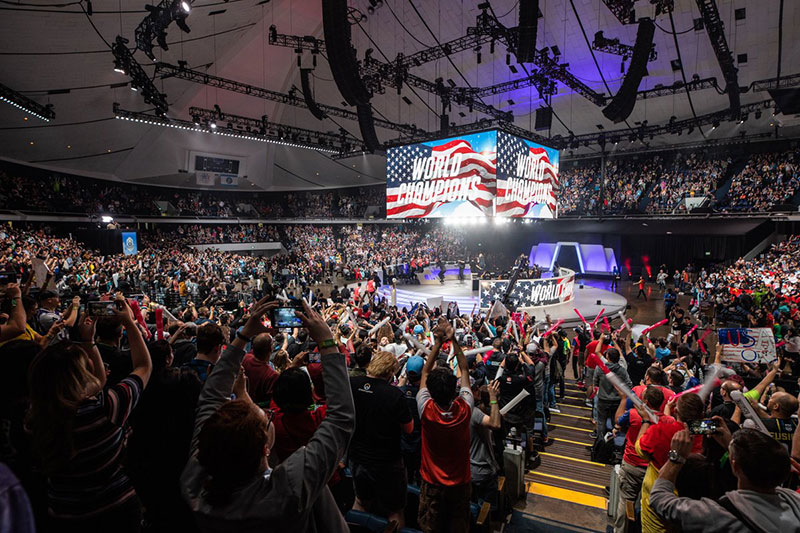 Team USA really showed up today, and the semi-final win over South Korea is quite a feat in itself. The country has consistently produced some of the best players the game has seen, and the South Korean team is similarly filled with stars that are household names in the Overwatch community, including the likes of hitscan DPS Lee "Carpe" Jae-hyeok and famed Genji player Kim "Haksal" Hyo-jong. South Korea has strolled to comfortable wins at the Overwatch World Cup over the past three years, but the USA had their number this time, leaving them to settle for an eventual third-place finish after beating France in the bronze medal match.

Meanwhile, Team China filled its ranks mostly with players from the Chengdu Hunters – including its head coach Wang "RUI" Xingrui – which meant they came into the tournament with the advantage of already having a team that was used to playing together. It also chose to draft Ou "Eileen" Yiliang, a flex DPS player for the Guangzhou Charge, and Xu "guxue" Qiulin, who is the main tank for the Hangzhou Spark. With another roster stocked with OWL players, Team China's deep and coordinated run at the Overwatch World Cup 2019 isn't really surprising.

Team USA wasn't to be stopped though, rolling to a triumphant victory over China to the cheers of an enthusiastic home crowd. Sinatraa also bagged yet another MVP award as he was voted the Overwatch World Cup 2019 T-Mobile MVP by viewers. China put up a good fight and had some very successful engagements, but they ultimately faltered, especially in late-game scenarios.

Here's a look at the starting line-up for both teams:

The series kicked off on Ilios, which saw China start off strong with a win on the first point on Lighthouse, thanks to good performances from both their DPS players. However, Team USA immediately bounced back with wins on Ruins and Well, proving themselves the more resilient team when it came to holding onto captured ground.

Team China attempted something slightly different on Well with a Phamercy composition, but it failed to have much of an impact on the game, mostly owing to Corey "Corey" Nigra on Hanzo.

Team China started out on the attacking side on King's Row, running a similar shield-heavy composition to what they did on Ilios with Xu "guxue" Qiulin and Luo "Elsa" Wenjie on Orisa and Sigma respectively. Ou "Eileen" Yiliang had some standout moments on Reaper, including two 4Ks that decimated the enemy team, but it ultimately wasn't enough to get the cart all the way to the final point as Team USA stopped them just shy of it.

On the defence, Team China tried to run a Mei to block off the entry point and isolate enemy players with her wall, but Team USA was not to be stopped, eventually getting the payload moving in short order. In the streets phase, Jay "sinatraa" Won shut down another Death Blossom attempt from Eileen's Reaper with a well-timed Rocket Punch, before dashing to the Chinese backline and following up with a Meteor Strike that took out both supports.

As the cart approached the last checkpoint with over three minutes left to spare, Team USA surged forward with a Death Blossom from Corey "Corey" Nigra. It only found Li "Yveltal" Xianyao's Lucio, but despite Luo "Elsa" Wenjie eliminating two with his Gravitic Flux, China failed to contest the cart and it rolled past the glowing marker on the ground, securing a second map win for Team USA.

The third and final map was Dorado, which saw Team USA get things rolling with a Pirate Ship composition comprising Jay "sinatraa" won on Bastion and Matthew "Super" DeLisi on Orisa. Dorado felt like a generally one-sided affair and China appeared visibly shaken, most notably failing to manage their ultimates properly. At one point, Ou "Eileen" Yiliang even dove straight into the midst of the enemy as the payload was approaching the second from last checkpoint, activating Sombra's EMP before being promptly picked off. He got nothing out of that EMP, and his teammates were also nowhere close enough to capitalise on it.

Stellar tank play from Indy "Space" Halpern helped push Team USA over the line as he caught both DPS players from China in his Gravitic Flux.

China's own attack was lacklustre, and Team USA held them outside their second spawn point as they trickled out, eventually stopping them far short of the payload and claiming the championship.