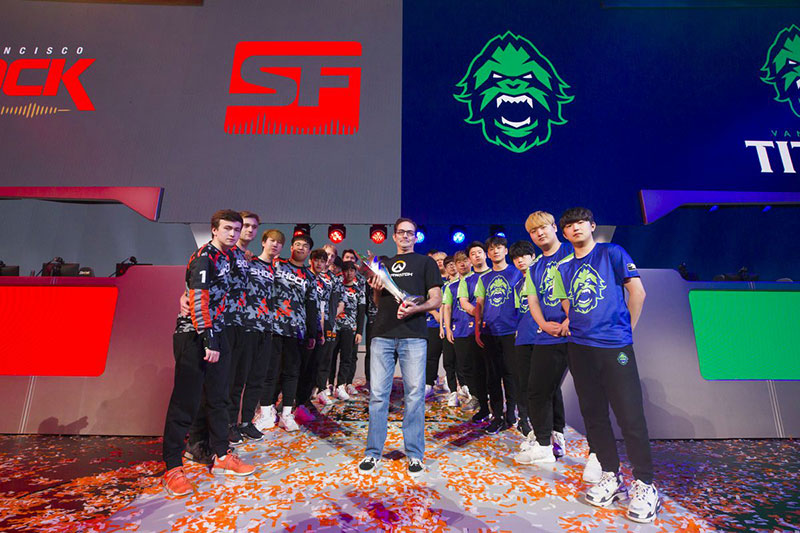 The OWL enters its home and away phase next year

We're well into the offseason for the Overwatch League (OWL), which means that teams and organisations have spent the past few months trading and acquiring both players and coaching staff. While 2019 champions the San Francisco Shock have made few changes – why fix what's not broken? – other teams have practically overhauled their rosters in preparation for 2020, when the OWL will begin its possibly more grueling phase of home and away games.

Teams will now have to do a lot more traveling, so you can expect many players to find organisations based in their home country or city a lot more attractive.

This offseason also sees plenty of storied lineups parting ways, most notably the Seoul Dynasty, which has so far failed to replicate the success that it found when its members were part of Lunatic-Hai.

With the 2020 OWL season starting on 8 February, here's a look at the biggest moves you should know about.

The Los Angeles Gladiators are building a fearsome lineup 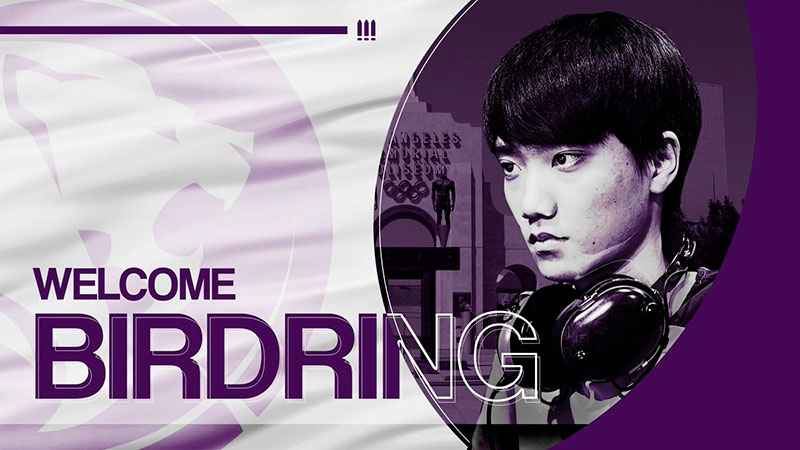 While some teams have opted for small changes by swapping out a player or two, the Los Angeles Gladiators is looking to assemble a formidable roster from the ground up. The departure of DPS duo Lane "Surefour" Roberts and João Pedro “Hydration” Goes Telles has made room for Kim "Birdring" Ji-hyuk and Chris "MirroR" Trinh. Birdring needs no introduction, having made a name himself as one of the most talented DPS players in the league, despite mostly playing the off-tank role in the 2019 season. On the other hand, MirroR comes from the Boston Uprising's academy team, and he's played for various Contenders teams since early 2018.

The Gladiators have bolstered their tank line too, bringing on Indie "Space" Halpern and Son "OGE" Min-seok. Space used to play for the Los Angeles Valiant, and he was also part of the team that won the Overwatch World Cup for the USA, showing off some truly stellar tank play during the tournament. OGE joins the Gladiators as main tank after they traded Jang "Decay" Gui-un to the Dallas Fuel, and together with the reacquisition of off-tank Aaron "Bischu" Kim, the Gladiators look ready for 2020.

Nobody saw this coming, right? We're so excited to announce that @Surefour will be joining the Defiant for Season 3! Our GM and HC personally wanted Tisumi, but he'll do. Oh, and wish him a Happy Birthday too! #RiseTogether pic.twitter.com/LZaAiqNGPx

Surefour is going home in 2020. Best known for his prowess on hitscan heroes, the Canadian player joins the Defiant alongside countrymen Brady "Agilities" Girardi and Liam "Mangachu" Campbell. The Defiant has swapped out its all-Korean roster in favour of one comprised mainly of North Americans and Europeans, picking up also former San Francisco Shock off-tank Andreas "Nevix" Karlsson and Fusion University main tank Adam "Beast" Denton. Mangachu has been retained from the first season of the OWL, so it seems like the Defiant wants to make the most of any home advantage it will have by prioritising Canadian players.

Flex support player Park "KariV" Young-seo joins from the Los Angeles Valiant, and the roster is rounded off with the addition of Kristian "Kellex" Keller. Kellex has played as main support for Team Denmark at the Overwatch World Cup for the past three years, and he now joins a star-studded lineup built around Canadian talent. 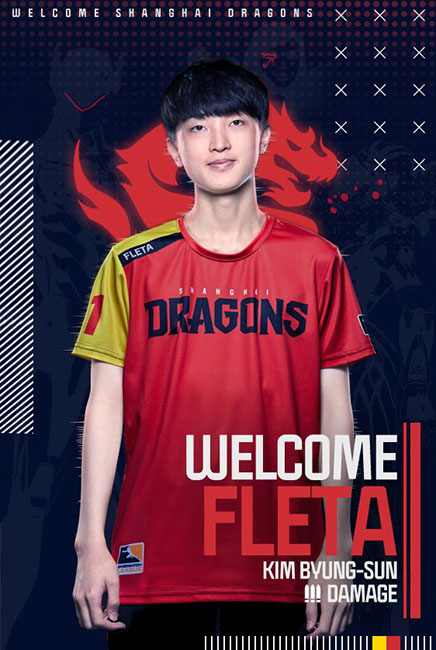 Perennial underdogs the Shanghai Dragons may have shot to notoriety because of their abysmal 0-42 record when the OWL first started, but they've worked their way into the hearts of fans. 2019 saw the addition of new blood from South Korea, and the Dragons' first win over the Boston Uprising had the hashtag #Breakthrough trending on Twitter. Yang "DDing" Jin-hyeok has since established himself as possibly the OWL's best Pharah player, and the Dragons' have paired him with Bae "diem" Min-seong's Widowmaker to great success.

2020 will see the addition of another DPS player with immense mechanical talent in the form of Kim "Fleta" Byung-sum. The former Seoul Dynasty player is without doubt one of the most versatile DPS players in the OWL, having proved himself on both hitscan and projectile heroes alike. In fact, he was so good that at one point OWL casters came up with the phrase, "Fleta is the meta". The Dragons are on an upward trajectory, triumphing over both the New York Excelsior, Vancouver Titans, and San Francisco Shock to become the Stage 3 champions in 2019.

Fleta's signing adds even more versatility to their damage line, and the ability to field fresh players may prove invaluable in the 2020 season's travel-heavy schedule. Separately, the Dragons also acquired support player Lee "LeeJaeGon" Jae-gon, who was on the new RunAway roster that came in first in the last season of Overwatch Contenders Korea.

The Seoul Dynasty pick up Profit and Gesture 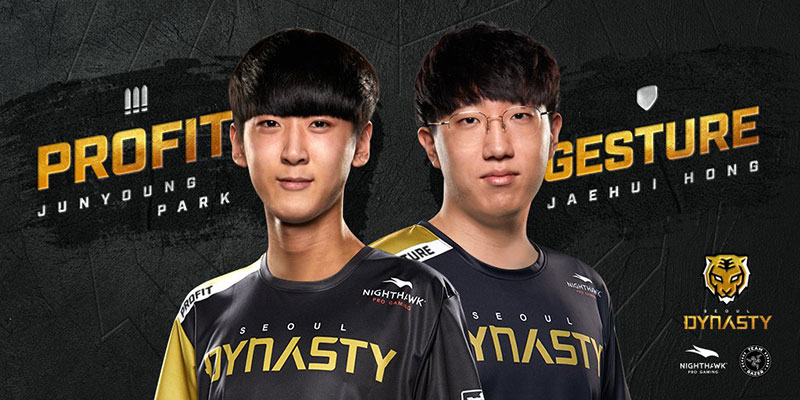 Many of the top OWL players hail from South Korea, so it's no surprise that the Seoul Dynasty is shaping up to be an increasingly attractive home as the league prepares to play a series of home and away games in the 2020 season. Despite its name however, the Dynasty has been anything but, generally failing to live up to the promise of its all-star roster stocked with top talent from Lunatic-Hai.

This offseason sees the Dynasty acquiring some big names for 2020, with Park "Profit" Joon-yeong and Hong "Gesture" Jae-hee joining from the London Spitfire. Profit and Gesture previously played for GC Busan, which took first place in the Overwatch APEX Season 4 in South Korea. Profit is one of the most feared DPS players in the OWL, and both him and Gesture were crucial to the Spitfire's championship win in Season 1.

The Dynasty could use some shaking up, and it'll be interesting to see if Profit and Gesture can revitalise the team.

Ryujehong moves to the Vancouver Titans 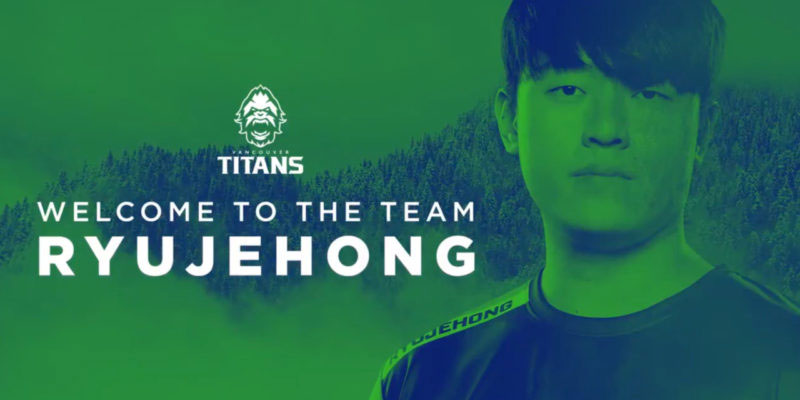 This isn't so much a roster shuffle as a player move we're excited about, but legendary Ana player Ryu "Ryujehong" Je-hong has provided plenty of reason for the hype around him. He's known for his deadly accuracy and play-making abilities, and despite the Dynasty's lacklustre run in the OWL so far, he's clearly still much in demand. In fact, the Seoul Dynasty has announced that they'll be retiring his jersey number as a way to pay tribute to his contributions to the team.

That said, it remains to be seen how much playtime he'll see on the Titans. The Titans' Lee "Twilight" Joo-seok is already a standout Ana player, and there's no saying how Ryujehong will perform on a completely new team. It'll be disappointing if he ends up a benchwarmer for most of the season, but this is still a high-profile move that will hopefully give fans something to look forward to.

Nevertheless, the Titans seem set on winning the championship title next year. They released Park "Bumper" Sang-beom, who has been a part of the team since when it was still called RunAway. That's mostly thought to be a result of his aggressive play, which wasn't the best fit for the team. The Titans have brought Baek "Fissure" Chan-hyung out of retirement as his replacement as main tank, but this move also comes loaded with plenty of questions as to how Fissure will gel with the team. He's an outspoken and mercurial player to say the least, which could be concerning as the Titans success has relied heavily on their team chemistry.