Oppo Reno & Reno 10x Zoom compared: To zoom or not to?

Note: This article was first published on 23 August 2019. 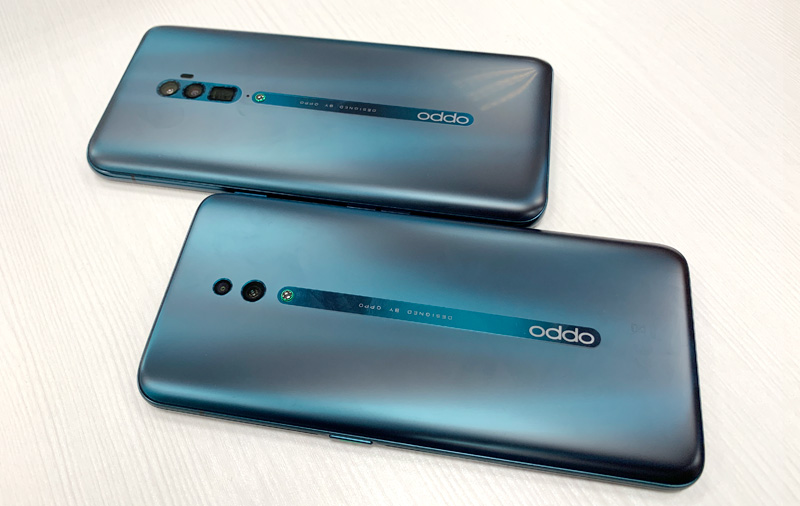 The Oppo Reno 10x Zoom and Oppo Reno were released in Shanghai back in April. And like the Find X from last year, these are again bezel-less, notch-less phones whose front faces are almost entirely display. It has a screen-to-body ratio of 93.1%. Oppo calls this Panoramic Screen Design, and the Reno 10x Zoom has a 6.6-inch display, while the smaller Reno has a 6.4-inch one. 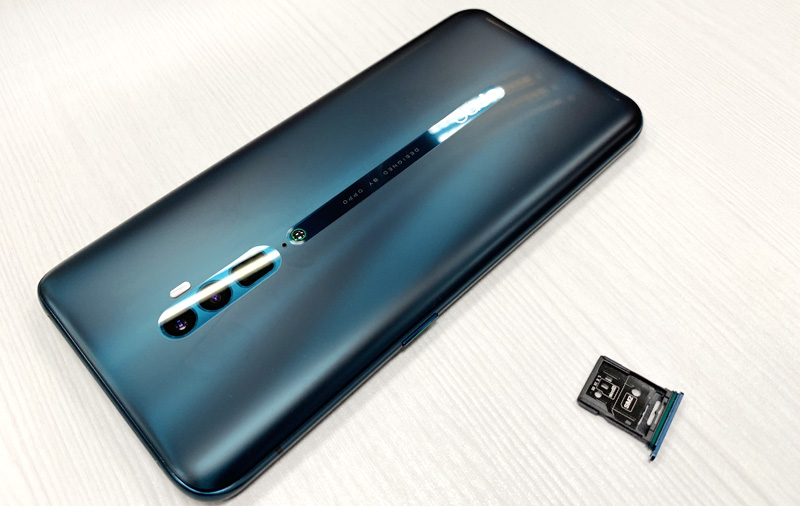 it’s worth noting that only the Reno 10x Zoom gives you the option of additional storage by way of a MicroSD card (maximum 256GB capacity) in the SIM slot. And that’s not all. The Reno 10x Zoom packs a periscope-style camera they first previewed at MWC Barcelona 2017 that allows them to work around the size constraints of mobile phones to introduce a camera with better optical zoom.

The Reno 10x Zoom's  has a triple rear camera setup that consists of the following cameras:

Together, the lenses cover an equivalent range of a 16-160mm lens, hence the “10x” moniker to the phone. The Reno 10x Zoom also has a 16MP F2.0 front camera for selfies which is housed in a rising structure that slides up when activated. This looks very much like a fish's fin,and also houses a front-facing soft light, receiver, and rear flash.

The Reno on the other hand, has the same 16MP F2.0 front-facing camera for selfies and it has a two-camera rear setup with the following cameras:

In summary, the Reno 10x Zoom is a full-featured flagship smartphone with a solid triple rear camera setup and a beautiful 6.6-inch AMOLED on-cell display, while the smaller Reno is more of a mid-range offering, with a 6.4-inch one and a dual rear camera setup.

Here’s the full set of specifications for both phones. 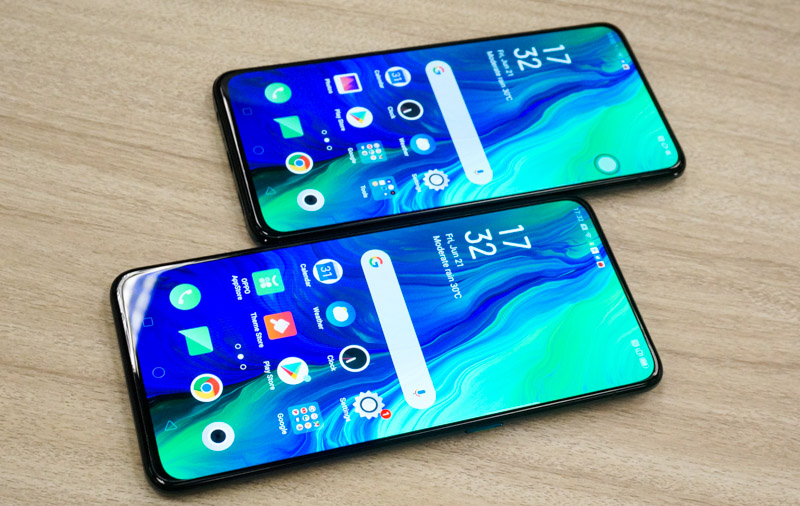 Compared to the Find X, both Reno phones seem to be slightly less rounded, making for more nicely proportioned displays. The same dual-curve display presents itself here too, and this seems to further slim the phones visually. The glass backs have a very nice frosted finish that allow for a subtle interplay between light and dark depending on your viewing angle. 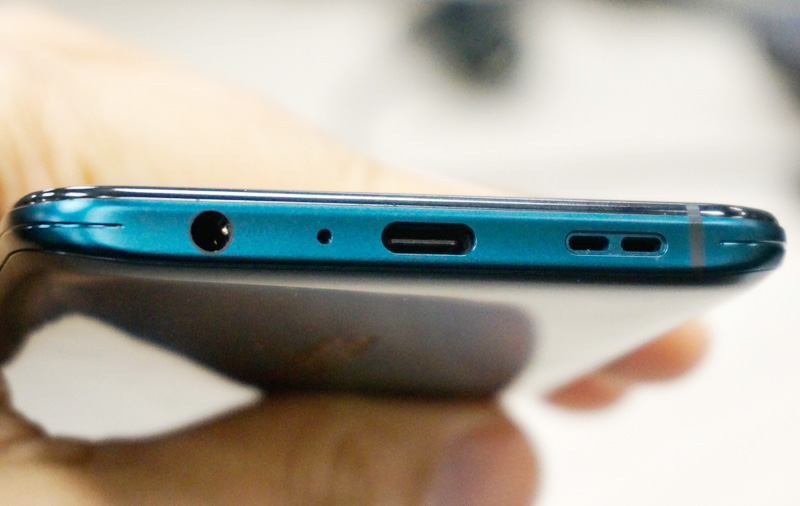 Oppo has built the camera systems on both phones so that they’re completely below the glass surface, resulting in a truly flat surface that’s great to hold. The only exceptions of course, being the little knobs that have been strategically placed so the cameras are never actually in contact with the surface.

On the sides, you'll find only the power button, and the usual volume control buttons. Something that's notably different between the two is where the SIM card holder is found. With the Reno 10x Zoom, this is at the bottom of the phone. With the Reno, this is space has been taken up by the 3.5mm audio jack, so it's been moved to the side, beside the volume buttons. 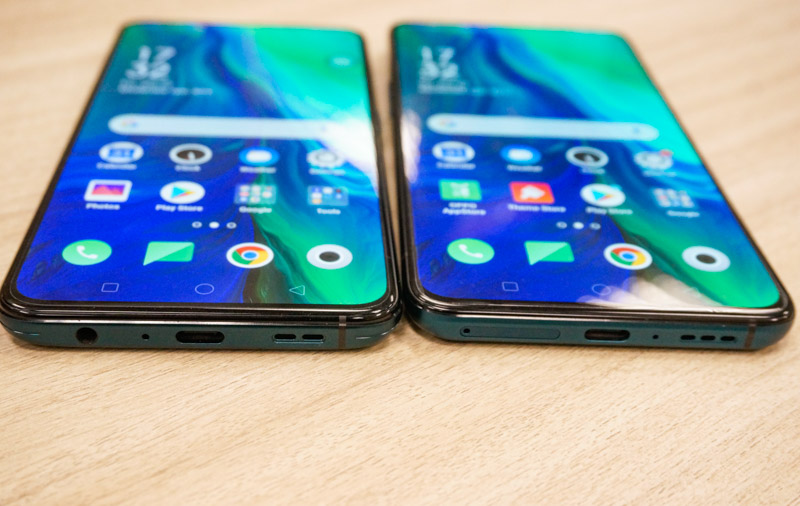 Measuring 77.2 x 162.0 x 9.3mm compared to the 74.3 x 156.6 x 9.0mm of the Reno 10, the Reno 10x Zoom doesn’t feel much larger than the Reno in the hands despite the difference in screen size. You will feel the weight difference though, as the Reno 10x Zoom weighs 215g compared to the 185g of the Reno. Otherwise, from a physical perspective, everything is pretty much the same, right down to the placement of the buttons - volume buttons on the right, power/hold button on the left. Both phones use USB-C for charging and transfer.