Since these Oppo devices are priced around the mid-range bracket, we will compare them against current and popular smartphones that are also around their price range.

Quadrant evaluates a device's CPU, memory, I/O, and 3D graphics performance. Both Oppo R9s and R9s Plus devices seemed to perform to expectations in this test, but will they be able to keep up all through? 3DMark Ice Storm is designed to test the gaming capabilities of a device, putting its GPU through a rigorous OpenGL ES 2.0 benchmark test that uses fixed off-screen rendering with high quality textures and post-processing effects. The Unlimited version of the benchmark disables v-sync, display scaling and other OS factors, making it ideal for chipset comparison. Once more, the results turn out to be reasonable for their competing rung. For your own reference, the Oppo R9s scored 829 while the Oppo R9s Plus scored 1478 for the 3DMark Sling Shot benchmark - we're still gathering companion results for this new benchmark, but as with 3DMark results, the higher the score, the better.

SunSpider JavaScript measures the browsing performance of a device when processing Javascript. It not only takes into consideration the underlying hardware performance, but also assesses how optimized a particular platform is at delivering a high-speed web browsing experience. For your reference, the Oppo R9s scored 30.133 while the Oppo R9s Plus scored 45.518 for the JetStream benchmark – again, this is a new test where we're gathering test data, so we'll be a while more before we can transition. But as usual, the higher the score the better.

On a whole, the Oppo R9s Plus was expectedly more competent at the benchmarks, since it used a more powerful Qualcomm Snapdragon 653 processor. If you’re choosing between the two, the larger phone is more suited for graphically intense apps, such as games. The smaller Oppo R9s is still very capable for general use, and that’s further emphasized in our Battery Performance benchmarks. 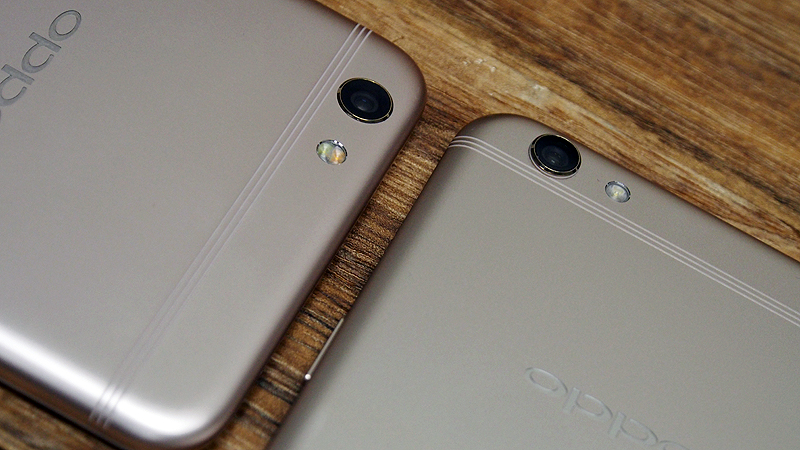 The Oppo phones use a 16-megapixel rear camera with f/1.7 aperture that's backed by an "exclusive" Sony IMX398 sensor. For the uninitiated, it simply means that the particular Sony mobile sensor can only be found on the R9s and R9s Plus (for comparison's sake, the OnePlus 3T comes with an older Sony IMX298 sensor). What's interesting about the R9s and R9s Plus are their 16-megapixel front cameras with f/2.0 aperture. If you like selfies, this is very good news to capture yourself in crisp, sharp and in very high resolution.

The real mark of camera performance is generally summed up based on the rear camera's capability, so here are our findings for the R9s and R9s Plus: 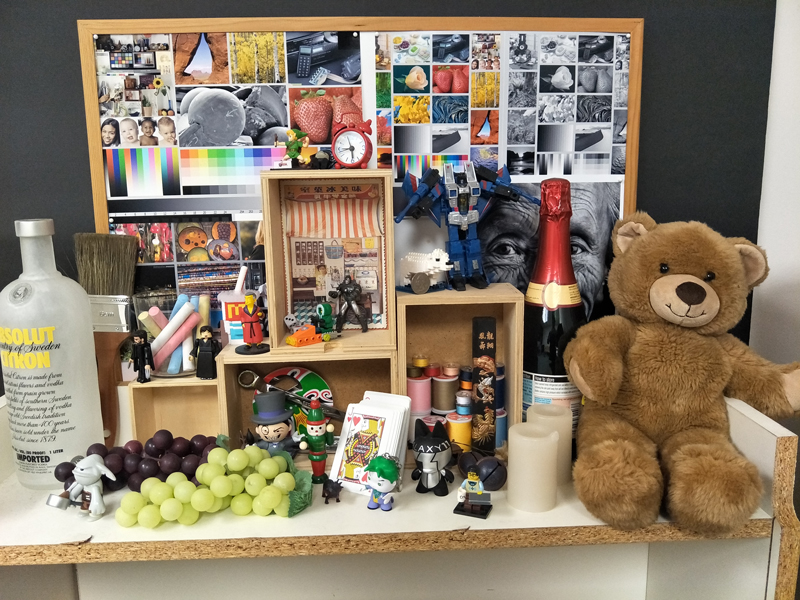 The Oppo R9s and R9s Plus feature very strong and stark contrast handling. How do we tell? Looking at the dark outlines with the bear's fur seems to bring out the plushie nicely, but black objects like the figurines and toys lose their details. Similarly, the whites (like the playing cards and color chart) are also blown out. Otherwise, the phones are capable of taking well-colored images at relatively low noise levels under indoor lighting; just that they aren't the most accurate in capturing very bright and dark color areas distinctly. The smaller R9s packs a 3,010mAh battery, while the bigger R9s Plus packs 4,000mAh. Battery capacity isn’t everything and the Oppo pair illustrates this very well. Despite the R9s using an efficient processor like the Qualcomm Snapdragon 625 and an AMOLED screen, it clearly didn't exhibit anything like the battery efficiency we saw on the ASUS ZenFone 3, let alone the Moto Z Play. In fact, battery uptime was very middling.

Things are not much different on the R9s Plus, which not only uses a larger display, but a more powerful Snapdragon 653 platform. In the end, it too couldn't cope with a phone like the Galaxy A7 (2017). While the phone still managed north of eight hours uptime activity through our taxing battery test, it just didn't match up with some of the more well known models from the competition.

The saving grace? Oppo R9s and R9s Plus come with its proprietary VOOC Flash Charge technology to juice up the phone fast and we've tested them to work really well. The best way to ensure that you engage fast charging on these Oppo phones is to use its provided adapter and cable (because there aren't many third-party adaptors that support VOOC Flash Charge and cheap cables may be detrimental for fast charging that uses higher voltage and current.) In a nutshell, the Oppo R9s and Oppo R9s Plus are reasonably decent phones - all the expected functionality for its price point, good design (albeit it looks very familiar) and has an acceptable set of cameras for normal photography and high resolution selfies. However in these days, a decent phone for a reasonable price may not be adequate and Oppo needs to be concerned about competition.

The smaller Oppo R9s (S$679) is up against more affordable options with similar specifications, like the Xiaomi Redmi Note 4 (S$259) and ASUS ZenFone 3 (from S$498). These alternatives sport equally nice designs, comparable features and are more power efficient, so there’s no shortage of good-looking mid-range devices that are powered by the Snapdragon 625 processor.

The pricier Oppo R9s Plus (S$779) will need to contend with more trickier options – for similar performance, there’s the cheaper Samsung Galaxy A7 2017 (S$648) that has a pretty good all-round feature set and performance (even though it only has 32GB of built-in storage). There are also 2016 flagship phones below the R9s Plus’s price tag (OnePlus 3T and Xiaomi Mi 5), and these rivals have longer-lasting batteries as well. Even the notoriously inefficient MediaTek processor found on the 6.0-inch Sony Xperia XA Ultra (S$498) lasted a little longer in our benchmarking tests! And if you haven't noticed, you could actually get LG's flagship G6 phone from S$850 at online stores, which is only a wee bit more than the R9s Plus.

Would we recommend the R9s and R9s Plus? That's difficult since Oppo released these mobile devices a little too late to the Singapore market, at a price that makes it harder to justify its position. Furthermore, the design language of the phone looks so borrowed that it can easily pass off as looking like an iPhone. Imitation is the best form of flattery, but it doesn't quite score brownie points in our books since it's not unique. That said, the Oppo R9s and Oppo R9s Plus are still attractive, thanks to their decent camera performance, the phone’s general aesthetics, and handling during day-to-day use.