Opinion: What cultures would we like to see more of in our games?

It's all about authenticity 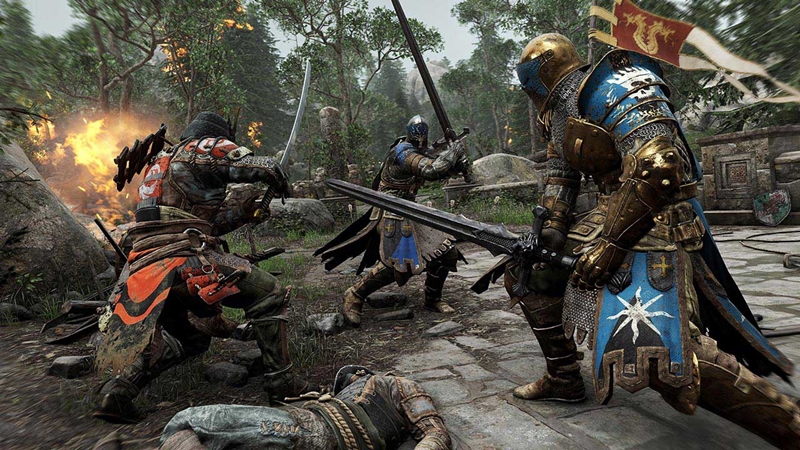 From Dynasty Warriors and Sekiro: Shadows Die Twice, to Assassin's Creed Valhalla and For Honor, our modern assortment of games certainly aren't shy about exploring different cultures, and that's the way it should be. After all, the issue of "representation" occupies a big sphere - it's not limited to just gender and social stereotypes, but racial and cultural ones as well, and the first step towards mutual understanding is always getting to know the other party.

But as diverse as the current selection is, there's always room for more, and that's what we'll be exploring today: what are some of the cultures we feel haven't been given enough attention in video games, or could be expanded on further?

Before we begin delving into the topic properly, we feel that there are some games that have already done more than their fair share of "cultural exploration", so to speak, and such efforts are laudable. Accordingly, we've gone ahead and listed three of our top scorers in this regard. 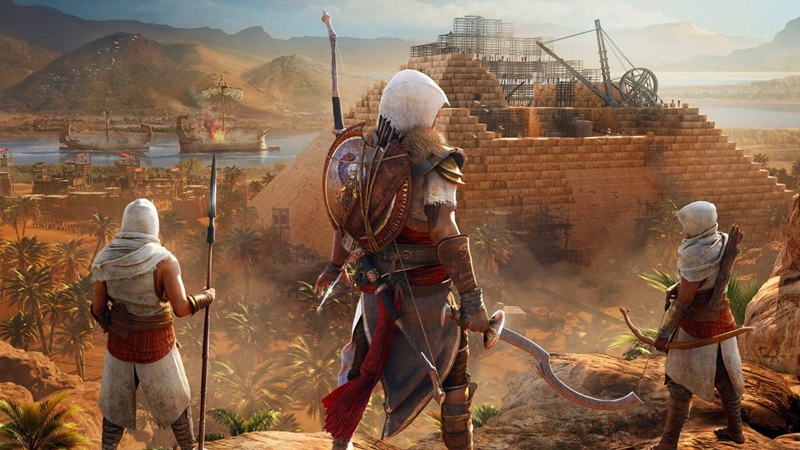 With the Norse instalment, Valhalla set to arrive during the holidays later this year, the Assassin's Creed franchise has certainly done a whole lot of globetrotting since Altair first made his debut more than ten years ago. The games have expanded far beyond their original setting, that is, the conflict between the Templars and the Assassins in the Middle East, into a series that quite literally spans across the world.

And it's not just various regions that they've covered, but different time periods too. So far, we've got everything from Ancient Egyptians to the Spartans and even pirates at some point. On top of that, we feel special mention also has to be given to Ubisoft for taking into account the various practices, cultural norms and regional slang in each of the regions they cover - our hats are off to them. After all, these details do play a big part in making each of these historical adventures feel authentic, and authenticity is what cultural representation in video games should be about in the first place. Good show! 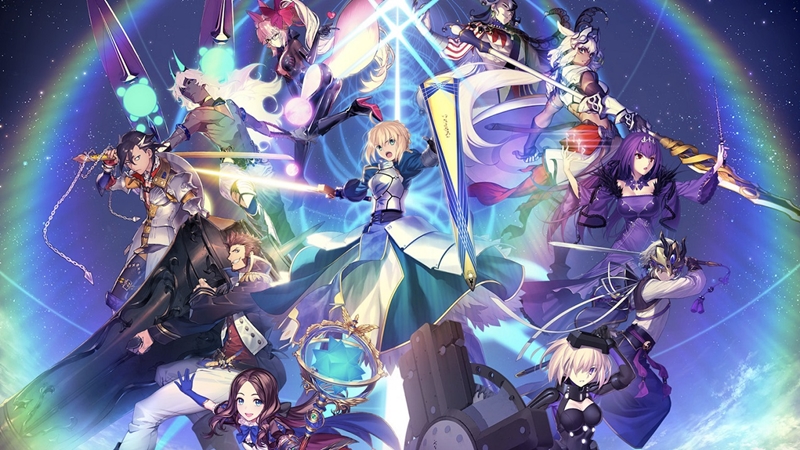 Alright, you got me - I let my inner otaku take over the keyboard for a bit, although not without good reason. As far as anime-related games are concerned, there's none that even scratches the Fate franchise when it comes to cultural representation. Since this one is a little more niche, here's a brief once-over of what the series is about. Essentially, seven figures, or Servants from across history and mythology each form a contract with a Master and challenge each other in a brutal free-for-all called a Holy Grail War, and the winner gets to have one wish granted by the Holy Grail.

Although it's most recent iteration, Fate/Grand Order has a slightly different context, it's the sheer diversity of the Servant roster that really puts Fate near the top of the list. After all, it's not often you get to see historical figures like Billy the Kid and Oda Nobunaga duke it out against fictional greats (gods included) like Merlin, Quetzacoatl and Achilles, and the range is nothing if not impressive from an objective point of view. 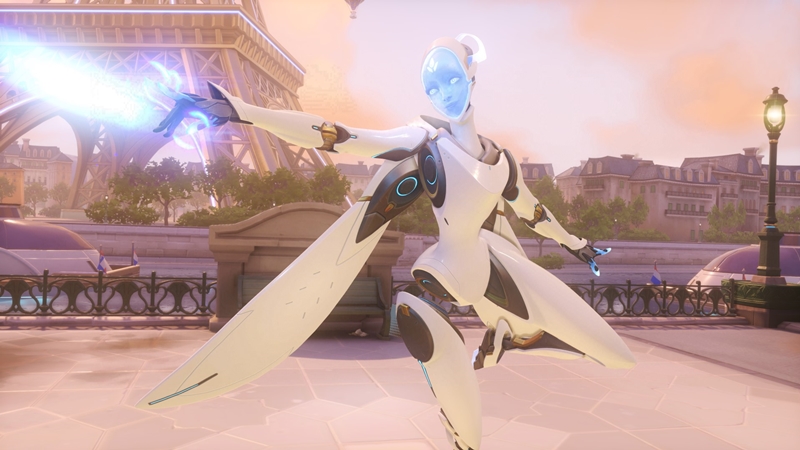 A timid Chinese climatologist, a proud German veteran and a cheerful Swedish doctor - you probably won't find as diverse a cast of characters in any other shooter but Overwatch. Mei, Reinhardt and Mercy are just the tip of the iceberg, though - the game's current roster features over 20 different characters from different races and backgrounds, and to this day, Blizzard's competitive shooter is still the video gaming epitome of cultural representation in many respects.

In fact, it even got a "Singaporean representative" recently in Echo, whose purchasable voice lines include Singlish colloqualisms like "Alamak!", meaning "Oh crap." to "Double confirmed.", which is used when someone is very sure about something.

At the end of the day, the point is that with such a huge degree of cultural diversity condensed into a single game, it's not hard to see why Overwatch would make our top three. Such a wide canvas also means that Blizzard has a lot of room to work with in terms of game environments and lore too, and we're excited to see how they translate their success here into the upcoming sequel.

Right. Now that we've taken a look at how some games have done cultural diversity and representation to a T, let's move on to discuss what other cultures we want to see developers expand on and explore more of in future. There are, of course a crap ton of them, but for the sake of easy reading, we've narrowed it down to a top five here. 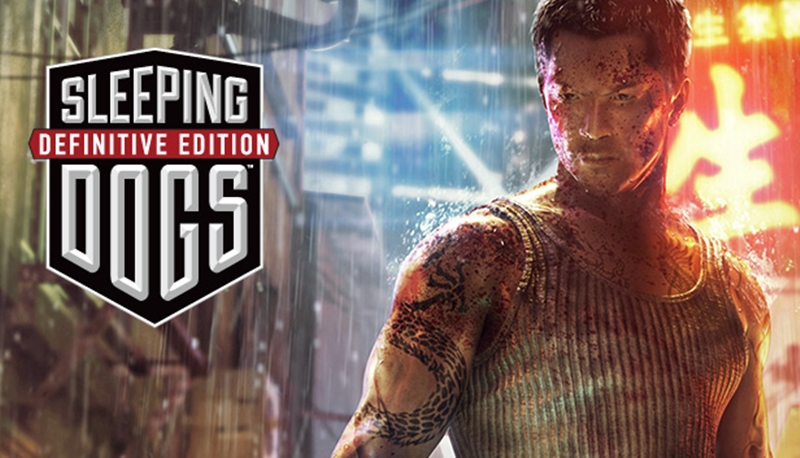 Our region needs more love. Like seriously. Right now, the best we probably have in terms of regional "representatives" in video games are the aforementioned Echo, Sleeping Dogs' protagonist Wei Shen and probably Gatotkaca from Mobile Legends if you want to count him. To be fair, our region is still quite "young" relative to the Greeks and the Egyptians (duh), not to mention the others on this list, but we still do have our stories to tell.

Granted, most of our really memorable folk tales tend to be horror stories (for better or worse), but with psychological and survival horror seeing a recent uptick in popularity with titles like Outlast and The Forest, the timing is just right. Who's to say a game based around Southeast Asian phantoms won't scare the pants off people? And that's just one area they can cover too! 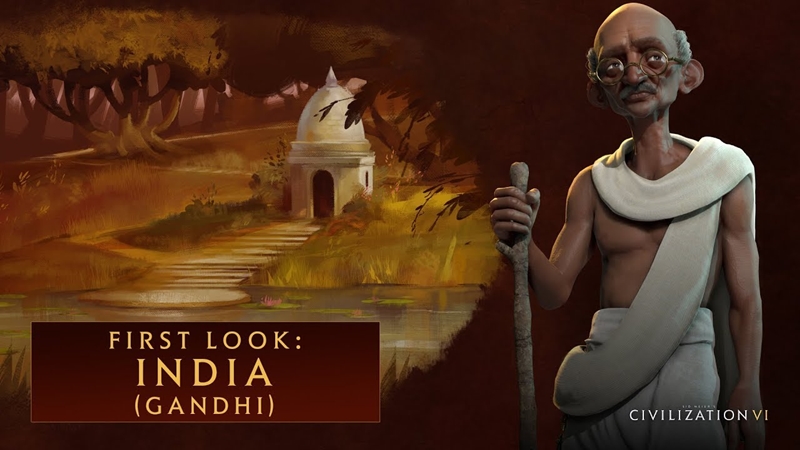 This one comes as a bit of a surprise, actually. India might not be the most popular country in the world, but it's still one that's extremely rich in history and culture, which means it's rather surprising that few developers have really gone in to explore it as a gaming canvas.

We have seen it before in games such as Civilization, although the essentially fictional context of the game sort of dilutes the authenticity of the experience. In that regard, we haven't really seen a game that properly delves into India's culture and history at all.

There are so many stories to tell here, and off the top of our heads we'd even suggest that the famous Taj Mahal could be a starting point for a good story RPG. Of course, while the crux of it is as we mentioned above, for the game to feel authentic, there is probably still space for some fantasy elements to be tossed in. 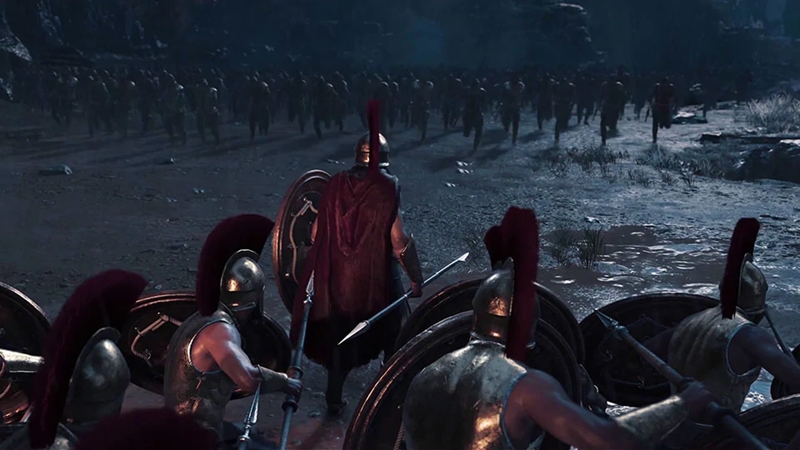 Despite being among history's biggest empires, there's not a lot of love being shown to the Persians nor the Ottoman Turks where video games are concerned. The most we've seen of them thus far are in titles like The Prince of Persia and more recently Assassin's Creed Odyssey and Revelations, where King Leonidas and his 300 Spartans take on Darius III and his Immortals at the Battle of Thermopylae in the former.

Yes, I don't doubt that Leonidas' actions were heroic and inspiring beyond measure, but it feels a little overused at this point, not to mention that the Persian Immortals, as well as Darius III himself were far from insignificant, and I feel other aspects of Persian history could work as the basis for a game too. 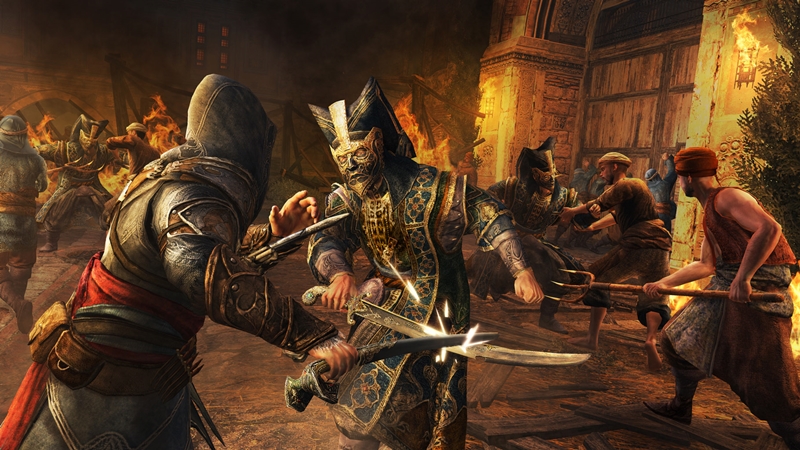 As for the Ottomans, it's safe to say they get even less love than the Persians do, despite them playing an extremely prominent role in history as well. After all, there's no way to discredit the fact that Mehmed II brought down the once-indomitable walls of Constantinople, nor the accomplishments of the elite fighting force known as the Janissaries. That, and we haven't even talked about the Ottomans' clash with Vlad III of Wallachia, otherwise known as Vlad the Impaler, and who became the basis for Bram Stoker's Dracula. I actually think it'd be really interesting if developers could bring it into a horror title or something along those lines. What do you think? 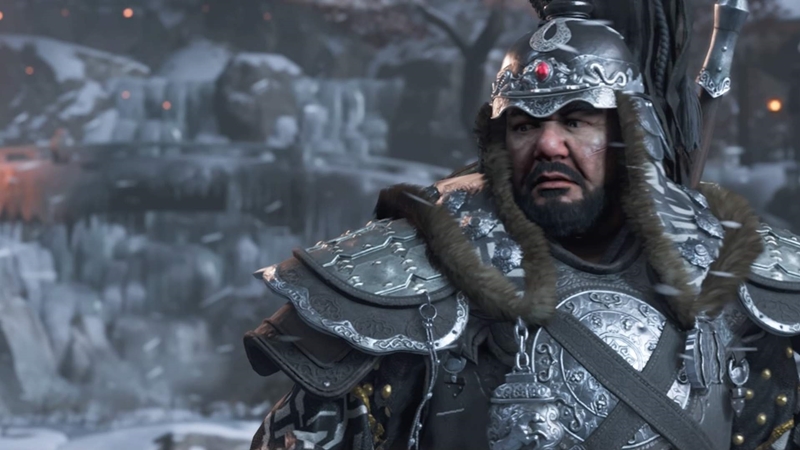 Genghis Khan is pretty much a staple name in most history textbooks for controlling the largest land empire in human history, so why aren't the Mongols more prominent in video games? It's a great question, and I'm sure we wouldn't mind learning more about these legendary horseback warriors and how they lived their lives. In fact, I'll bet you didn't know they never washed their clothes because they felt it would offend the spirits, and they only changed outfits once the previous one got too ragged.

Random historical trivia aside, the point is that we've already seen so much of the usual "fare", like the Greeks, Romans, so on and so forth, but the world is so much bigger than that. Cheesy as it sounds, there's no reason the Mongol Empire can't be made to seem as cool as the Vikings, for example, and we've already seen that it's possible in Ghost of Tsushima. 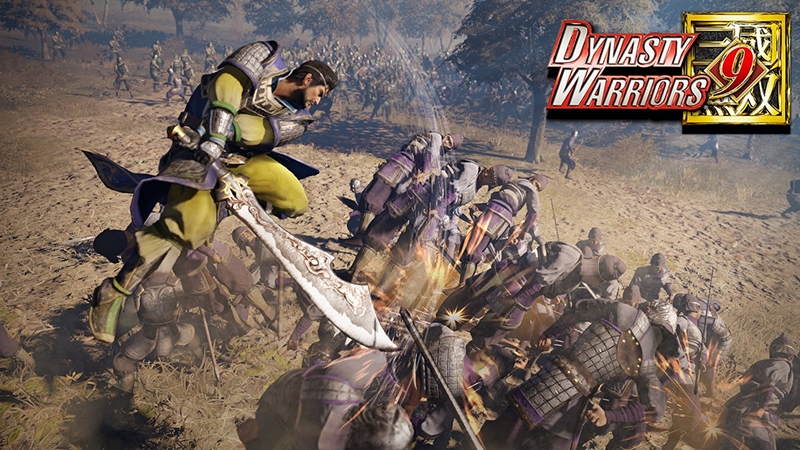 Okay, this one is a bit of a wildcard, in the sense that China isn't exactly unknown in video games. In fact, it has already been "popularised" by franchises such as Dynasty Warriors, which is itself based on China's infamous Three Kingdoms period. However, there is much more to this ancient civilisation than just three leaders disagreeing with one another. In fact, almost the entire history of China has been one of conflict and war, so there's hardly a shortage of interesting time periods for developers to work with.

Even if developers don't want to make another war game, China is also ridiculously rich in its mythology aspect, and BioWare's old Xbox exclusive Jade Empire is a great example of how developers can play around with it while still keeping the authenticity nailed down. In that sense, the ancient Chinese do deserve a lot more respect than just reinterpreting the same war 20 times over.

The more, the merrier 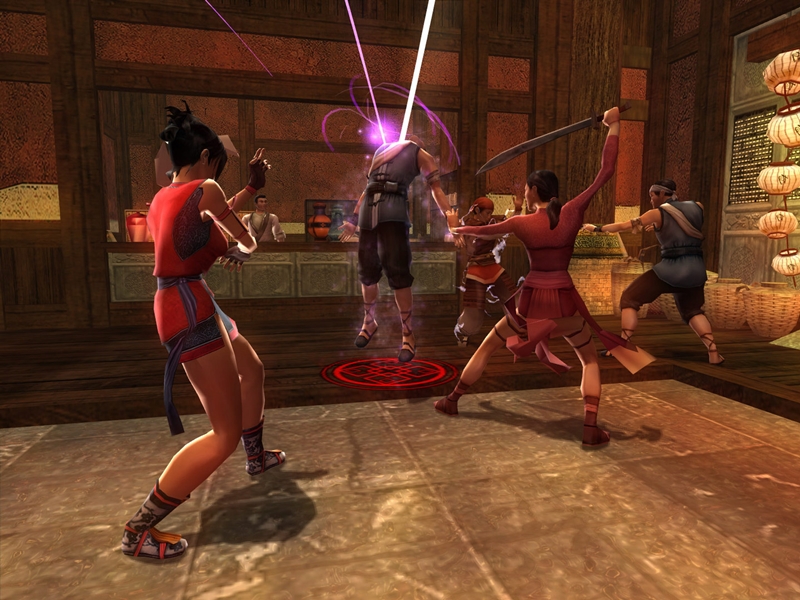 Anyway, as we've said before, what we really want to see is a wider range of cultures in our games, simply because cultural exposure is one of those things where having more of it doesn't really hurt. At the end of the day, it's all about getting to know how different types of people work, live and play, and with video gaming being as popular a vehicle for such messages as it is, we really think there's a lot of potential in this part of town if developers know where to delve into. In fact, Cyberpunk 2077 is looking especially good in this department - check out our interview with Story Director Marcin Blacha!