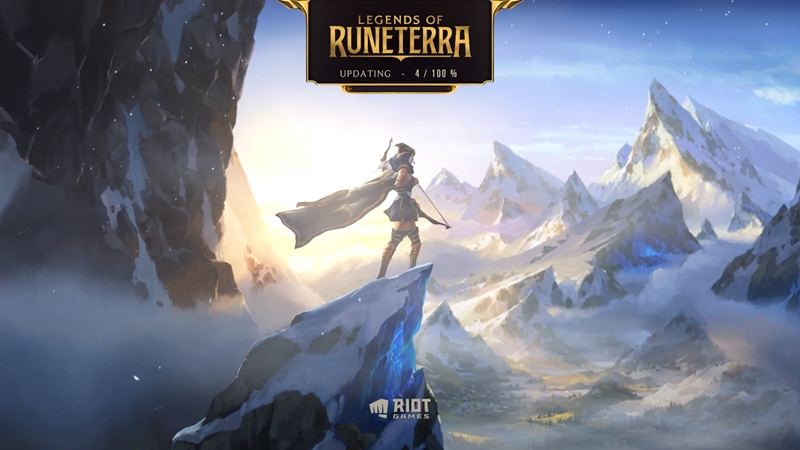 Last week, League of Legends' developer Riot Games celebrated the title's 10th anniversary with a special edition of their Riot Pls livestream. But aside from all the "cake-cutting", "candle-blowing" and what-have-you, the studio also let the public in on some of their ongoing projects.

Legends of Runeterra is but one of those; a tactical and surprisingly fun card game battler based on LoL's characters and lore. I was lucky enough to secure a pre-register beta slot, and needless to say, had a lot of fun messing about with it over the weekend.

Never judge a game by its cover

At first glance, no one would fault you for thinking Legends of Runeterra is just another Hearthstone or Magic: The Gathering wannabe. Well, surprise surprise - it's much more than that. 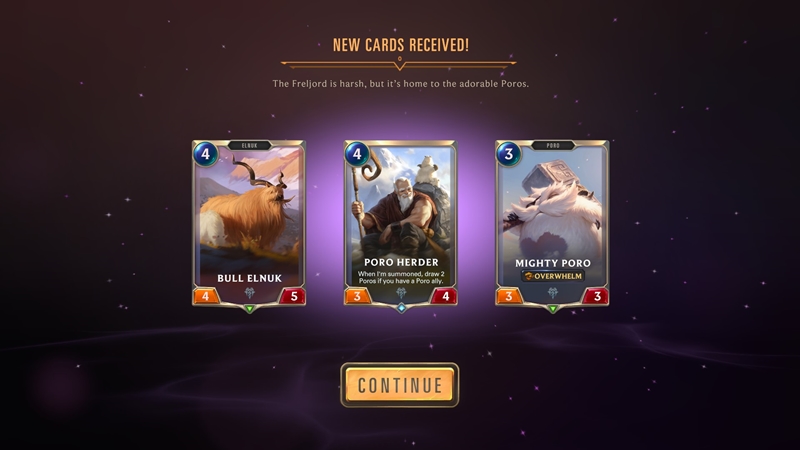 There are some core similarities though, such as the usual "get your opponent's health to zero to win", mana costs and attack/health statistics for individual cards, but it's the actual gameplay itself where LoR sets itself apart. There are three things I really liked about it; the first is the in-game level-up system for your champions,  the second deals with the actual gameplay aspect and the last is quite simply summed up as LoR's unique "quality of life" improvements.

If you've dabbled in any MOBA before, you'd probably be familiar with how characters level up, gain skills and get stronger as they get more experience. Well, LoR implements that concept using quite a unique vehicle. Unlike minion and spell cards, champion cards (based off LoL champions) are capable of levelling up as they perform certain actions within a match. 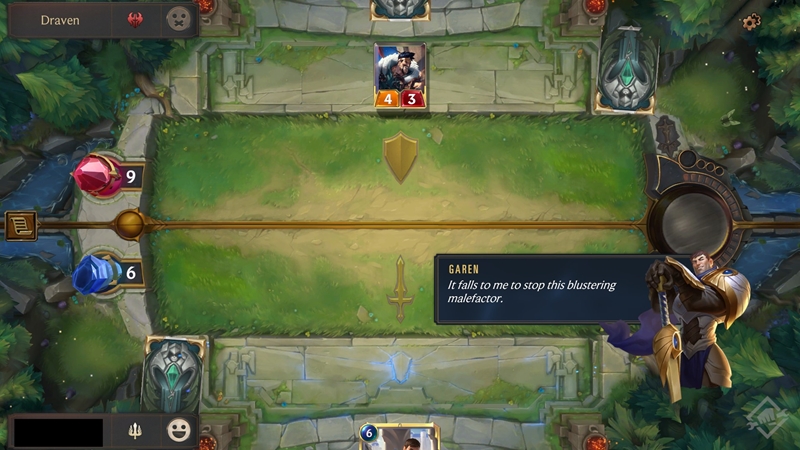 Doing so awards them stat boosts and possibly additional effects, but what I find really cool is about how Riot tailors each champion's level-up condition to them. For example, the tutorial champ Braum is a support tank in the LoL MOBA, so while he lacks in offense, he makes up for it in defense. As such, in order to level up, Braum has to "survive X amount of damage" rather than something grossly impractical for him like "deal X amount of damage".

So, it's not just about practicality, but about letting each champ stay in character too!

Card Games and the Third Law of Motion

"For every action, there is an equal and opposite reaction".

Legends of Runeterra approaches card gaming in a way that would have made Isaac Newton proud. Simply put, for each phase where your opponent gets to play a card, you get to play cards too. This makes the game much more interactive, since it's not just you doing your thing, waiting for your opponent to do theirs, and repeating that cycle. You also "play" during your opponent's turn, and that ties in well with the whole "attacking vs. defending" concept they've got going on too. 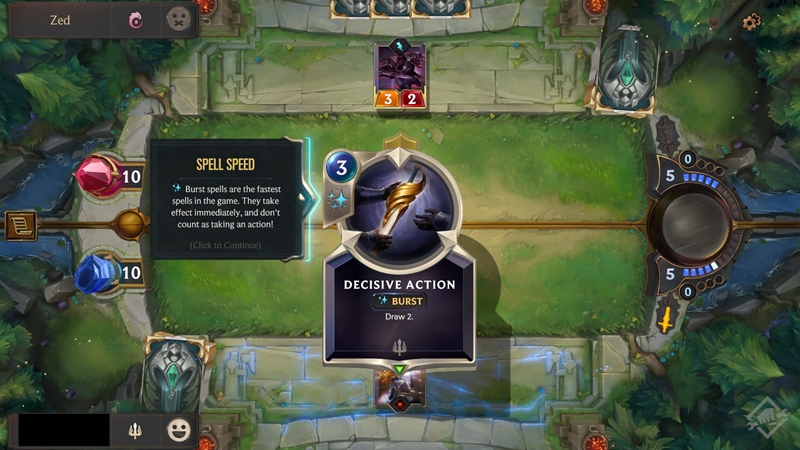 Every turn, the attacking and defending roles switch between both players, so after the attacker deploys his unit to attack, the defender gets to choose which of his units he'd like to defend with, perhaps buff them with a spell card, and so on. If he chooses the latter, then we'd have to take the different "Spell Speeds" into consideration, presenting yet another layer of complexity to the game. For people who've played the Yu-Gi-Oh! TCG before, Spell Speeds in LoR work on similar concepts - some types of spells will take priority over others.

Personally, I find it quite cool that there's always that "something else" to consider, and it's not just going to be yet another game where the opening hands automatically decide the outcome. And to be frank, LoR in its entirety starts to feel more like an RTS base-builder than a mere card battler as you play, since both parties are technically "active" and making decisions throughout all phases of a match.

Onward to the quality of life improvements!