Anyone who is enthusiastic about audio will be familiar with the names of Onkyo and Paradigm. Both are well reputed for their proficiency in the home theater sound solutions space. At a recent event, both the brands showcased some of the new products that will be available to audiophiles in Singapore.

Onkyo’s name is generally associated with high-end AV receivers. But keeping modern trends in mind, Onkyo has decided to enter the consumer audio market segment with the introduction of a pair of headphones and a pair of earphones.

The two headphone models are the Onkyo ES-HF300 and the Onkyo ES-FC300. They are almost identical, expect for the fact that the former comes with OFC (oxygen free cables). Both headphones are equipped with 40mm drivers and have an impedance of 32 Ohms.

In terms of design, they have a modern look with the most interesting feature being the 'quarter crescent' hinge that connects the ear-cups to the headband. We didn't find much fault with the fit during our short demo session, but we felt that the headphones sat a bit too loosely on our head.

We also had a chance to try the headphones out for a short while. The audio seemed quite balanced and the mix was rendered well. Heavy rock tracks, such as Cherub Rock by the Smashing Pumpkins, were handled adeptly. The distortion guitars in particular were defined and had good impact. Due to the brevity of the demo session however, we didn't have enough listening time to pass an initial verdict. 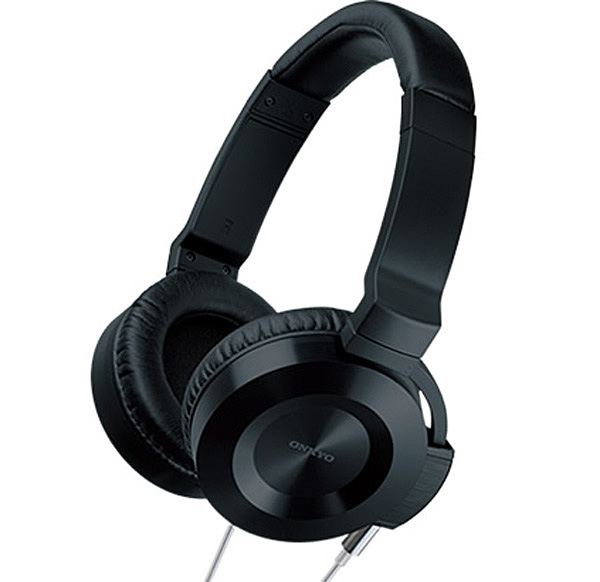 Much Like the headphones, the earphones come in two flavors namely the IE-HF300 and the IE-FC300. Once again the difference between the two products is that the former comes with an OFC cable while the latter does not. Otherwise both earphones are fitted with 14.3mm drivers and have 32 Ohm impedance.

The 14.3mm drivers are on the larger side when it comes to earphones and therefore the Onkyo in-ears have large ear-buds. However, the ear-buds were quite easy to get into place and fit quite well during our period of usage.

The sound profile of the earphones, in our opinion, was the exact opposite of the Onkyo headphones. While the ES-HF300’s sound had a semblance of refinement and culture, the ES-FC300 was brash and had an in your face attitude. All in all, we quite enjoyed our test run with the earphones. 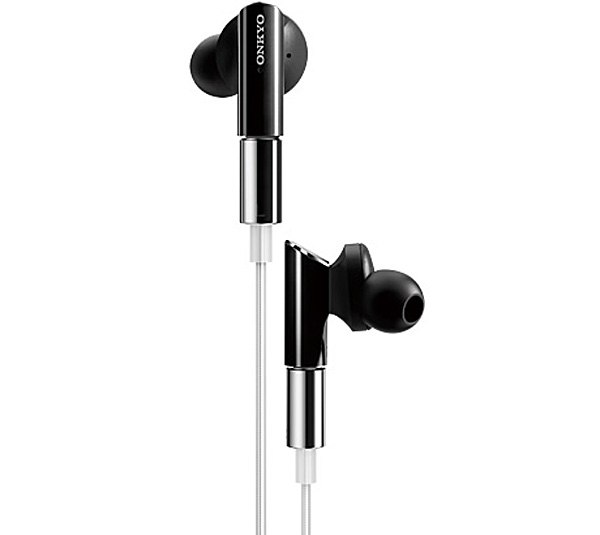 Onkyo also showcased two new sound bars in the shape of the Onkyo LS-B50 and the Onkyo LS-T10. Do note that both these models have not been released in the market. But talking with the product representatives on the spot, we were able to get you a sneak peak at what to expect.

The Onkyo LS-B50 is a two piece sound bar and sub-woofer combination. The sound bar itself is fitted with a total of six 6cm mid-range drivers as well as two tweeter which can be found on the ends. Equipped with optical, USB, coaxial and analog ports, users can hook up the sound bar with the TV in various ways according to their convenience. Additionally, you can also connect to the sound bar with your smart devices via Bluetooth.

The sub-woofer for the LS-B50 features a 12cm driver and it can be hooked up wirelessly, providing ease of use and positioning within the home. The sound bar comes with Dolby Digital technology and has three specific modes which are Music (emphasis on trebles), Movies (emphasis on bass) and News (emphasis on vocal clarity).

The LS-T10 on the other hand is a one piece home theater audio solution. Much larger than the LS-B50, the LS-T10 is more of a sound bar stand or sound plate that allows you to place your TV over it. While it has a built-in, down-firing sub-woofer and six mid-range drivers, it's missing dedicated tweeters. Since both products are not yet available locally, the representatives were unable to provide us a price points for these sound bar systems.

If you haven’t noticed, a theme is developing regarding the new products from Onkyo. The Mini Hi-Fi systems, like the headphones and earphones seen above, come in two models. The CS-N755 is the premium version as it comes with internet radio and internet streaming options. The CS-555 lacks the internet features but comes with a slight reduced price tag.

Both the Mini Hi-Fi systems comes with CD trays and USB ports which can he used to hook up smart devices to the system. In fact, Onkyo representatives were eager to stress on the connectivity options available for both the CS-N755 and the CS-555.