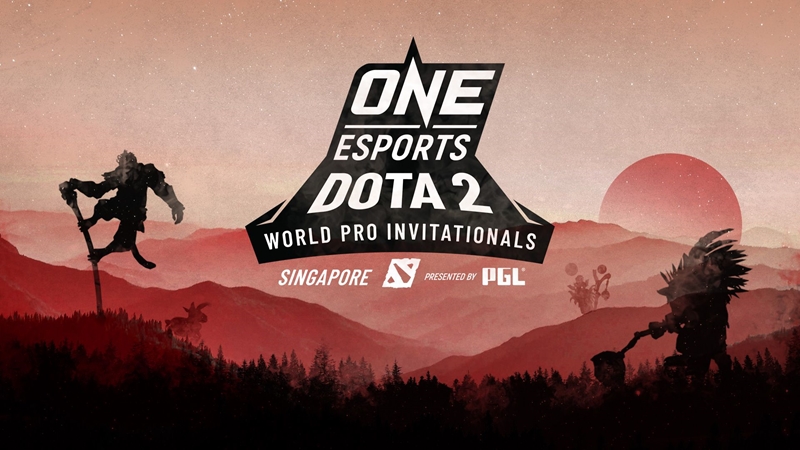 Welcome back to Day 2 of the ONE Esports Dota 2 World Pro Invitational Singapore!

Saturday's action is proving to be just as spicy, if not more so than Friday since the tournament edges closer and closer to the Grand Finals with every passing minute. We've already got one of our contenders for the trophy in Evil Geniuses, after their flawless 2-0 victory over Gambit Esports yesterday. But before we get into today's featured match proper, let's have another look at the other results from Friday. You can also check out yesterday's featured match here.

The numbers "2" and "0" may have been the lucky numbers for Day 1, seeing as two out of three matches ended with a 2-0 score for either side. However, don't rush to the lottery store just yet - Day 2's scores are still not set in stone. After suffering defeat at the hands of Evil Geniuses on Friday, Team Secret fell to the Lower Bracket, where they faced off against Vici Gaming. Let's see how Game 1 went!

Huh...and here I was thinking Na'Vi conceding first blood to VP yesterday was fast - Secret made me take back my words, with both their Anti Mage and Nature's Prophet conceding kills to VG within thirty seconds of the game starting. To add on, it didn't seem like the latter was out for blood either - MATUMBAMAN and Puppey just happened to pass by while heading to lane via the river (presumably), and VG seized the opportunity.

Naturally, Secret wasn't going to let things slide, and managed to recoup some of their losses by taking Pyw's head in the top lane. What followed was a rather disappointing chain of events for VG, if I may. Their early 2-1 lead eventually proved to be for naught, as several careless overcommitments on their part resulted in that snowball rolling in the other direction. By the 15th minute, Secret was well ahead of their adversaries with a 10-5 lead in terms of kills, although VG still managed to hang on to a slight gold lead.

Fast forward to the 46th minute, which saw both teams continuously swapping various advantages, kills and objectives during the process. However, at this point, both teams had reached a kill equilibrium - and the timing seemed ripe for a decisive teamfight. The resulting scuffle in the top lane went in VG's favour, who managed to put two members of Secret out of commission without losing any of their own. 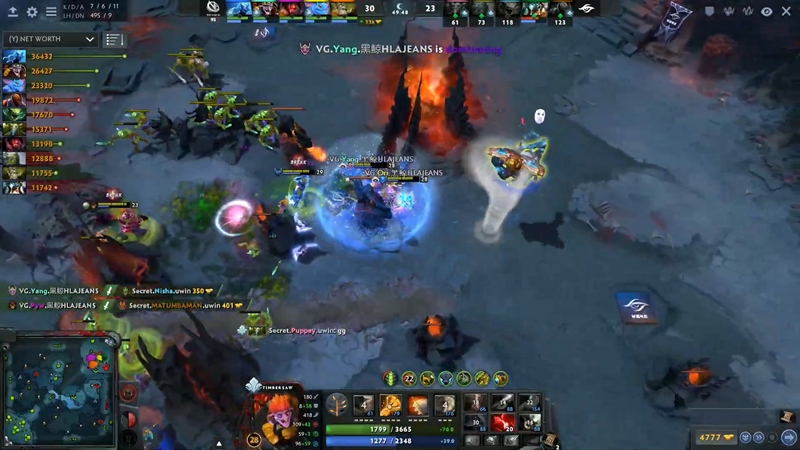 Reenergised by the "+2" advantage, VG pushed back hard and launched a series of hard-hitting attacks on Secret's base. The latter scrambled to defend but were unable to put up much of a fight, allowing the former to tie up the game in just under 50 minutes.

Personally, we found Game 1 rather impressive in the sense that it highlights how unpredictable MOBAs can be in terms of the game state. While we understand every game is a continuous tug-of-war for kills and objectives, the slightest miscalculation or overcommitment is fully capable of flipping the advantage upside down too. Essentially, the genre is a lot more dynamic than some people might give it credit for.

Anyway, here are the rest of the matchups for Saturday. Do stick around, though - we'll have an updated summary in tomorrow's article too.